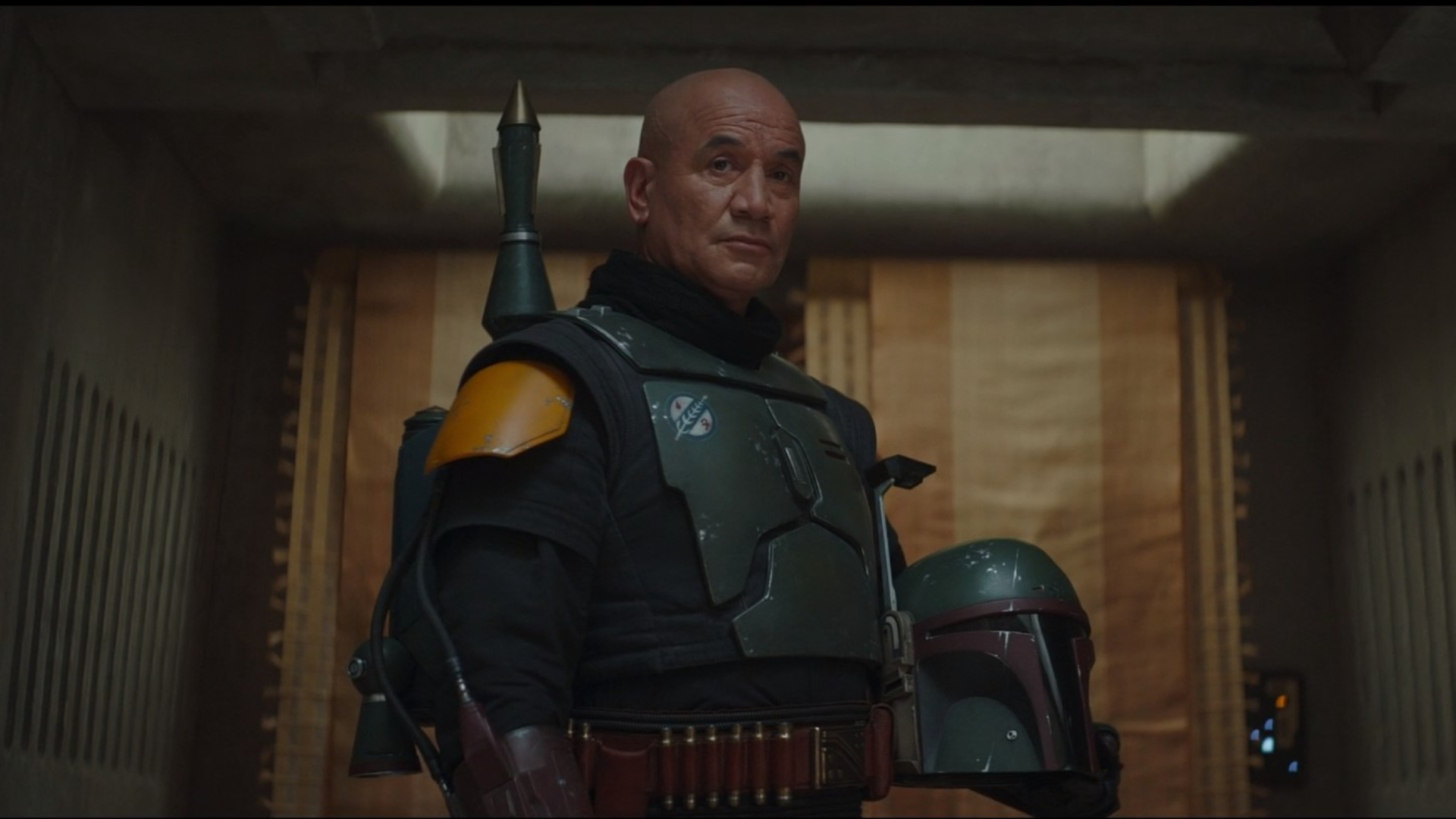 The fourth episode of The Book Of Boba FettÂ Season 1 is now streaming on Disney+ Hotstar Malaysia. Iâ€™ll be discussing heavy spoilers so if you havenâ€™t seen it or want to avoid spoilers, nowâ€™s your chance to stop reading.

You can check out my previous breakdowns ofÂ The Book Of Boba Fett Episode 1,Â Episode 2Â and Episode 3 here.

The flashbacks have almost caught up to the present, as we see the moment Boba picks up and saves Fennec Shand (she was shot by Toro Calican in The Mandalorian Season 1 Episode 5 ‘The Gunslinger’). He brings her to a mod-parlor to repair her stomach using droid modifications, which is what is now keeping her alive.

It turns out that Boba saved Fennec Shand to ask for her help in recovering his gunship, which is now known as Firespray. Disney made waves recently when they officially changed the name of Boba’s iconic Slave 1 gunship to Firespray.

He Uses The Firespray To Gain Revenge Against The Kintan Striders

The Firespray is back! Boba uses his Firespray to kill the Kintan Striders who destroyed his entire Tusken clan in the last episode.

Fennec Uses A Seismic Charge To Kill The Sarlacc Pit

This is the same weapon used by Jango Fett against Obi-Wan Kenobi in Star Wars Episode 2 Attack Of The Clones and by Din Djarin against an Imperial Tie Fighter in The Mandalorian Season 2 Episode 7 ‘The Believer’.

Any Star Wars worth his salt would recognize these two. Itâ€™s Max Rebo (the blue one) of the Max Rebo Band and Figrin Dâ€™an (the other one) of Figrin Dâ€™an And The Modal Nodes.

It looks like the Black Krrsantan is not off the picture yet. Boba has hired him for a “job”, and he’ll probably have a role in the war against the Pyke Syndicate.

The war against the Pyke Syndicate grows nearer as Boba intimidates the other local syndicates into remaining neutral in the upcoming conflict.

The Mandalorian Theme Plays At The End Of Episode 4

Just before the episode ends, and after Fennec Shand says: “Credits can buy muscle, if you know where to look.”, we can hear the iconic The Mandalorian theme start playing in the background.

What does this mean? Will we see Pedro Pascal’s Din Djarin AKA The Mandalorian appear in the last three episodes? We’ll have to wait and see. Until next time, excelsior!