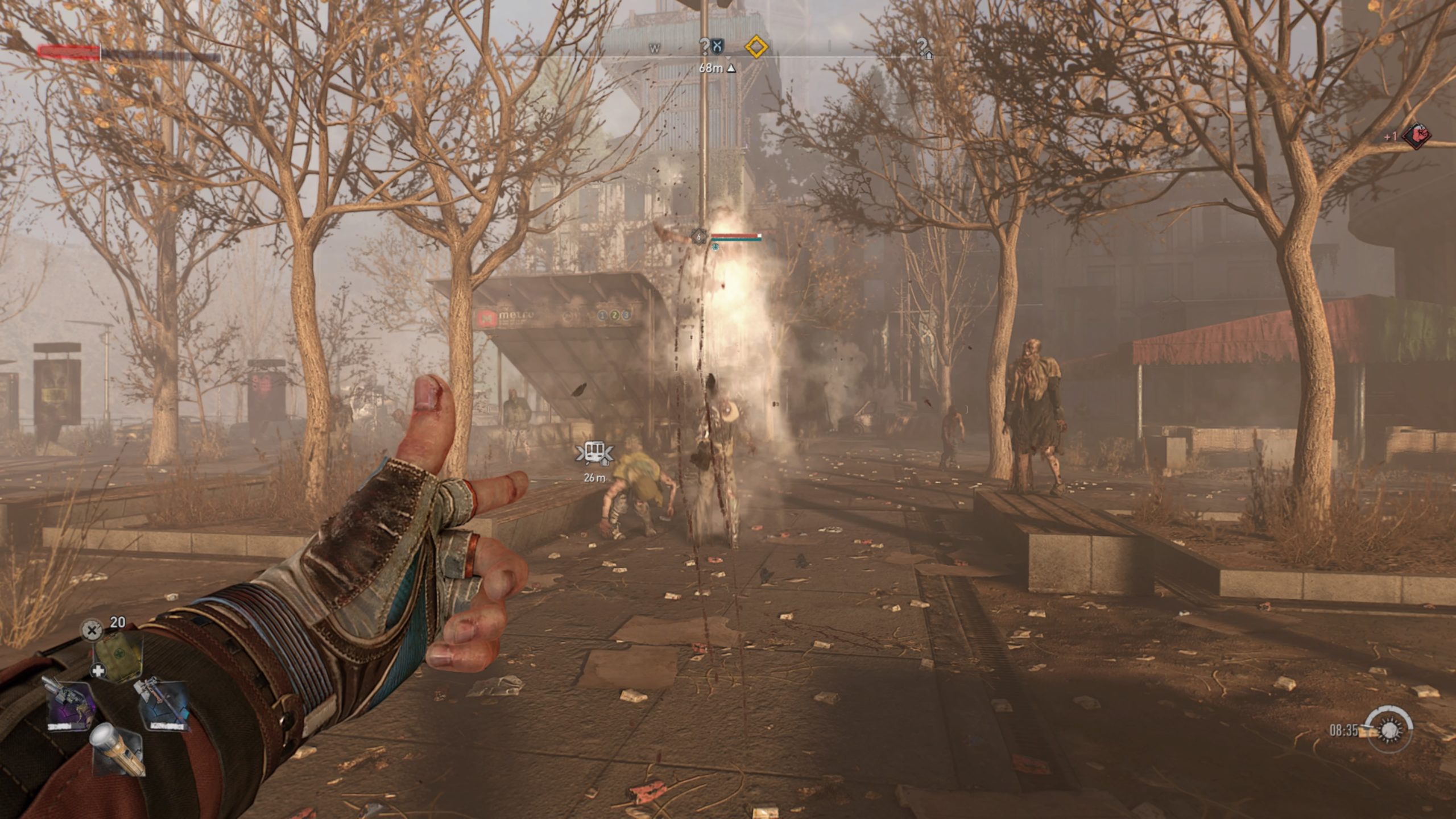 The first Dying Light has always had a fondness for easter eggs and wacky weapons alike, sometimes combining the two. The sequel Dying Light 2 is no different as the Left Finger of gLoVa makes a return from Dead Island.

The weapon has made an appearance in multiple Techland games, first appearing in Dead Island with the same name, and a right finger derivative in the first Dying Light. The item itself is a nod to lead designer Bartosz “Glova” Kulon, and Dying Light 2â€™s version comes as a blueprint you can find.

Do note: to obtain the blueprint youâ€™ll have to unlock the Garrison area and we recommend looking for it after completing the â€œBroadcastâ€ story mission that gives you the grappling hook. This is during 3/4ths of the game, but this will be a huge help, trust us.

How To Find the Blueprint To The Finger Gun

The place youâ€™ll need to start at is at the VNC Tower building (the same skyscraper in the Broadcast mission). Look southwest and youâ€™ll see another shorter skyscraper with a long antenna tower a bit further away.

You can find it on the map using the map marker Military Airdrop THB-UT0. Youâ€™ll need to jump off and glide your way onto the building, and youâ€™ll know it’s the right one when you see the military care package on the roof. Make a safe landing and youâ€™ll need to solve those cable puzzles again, dropping down and plugging the cables to the right units as you go.

Once youâ€™ve reached the last plug unit, there will be a high-tech military panel you can interact with to unlock the door next to it. Donâ€™t let your guard down as a Bomber zombie will charge at you, so use a projectile weapon to make it go boom. You can now safely enter into the developer room, which is full of other nifty easter eggs.

Make your way to the right of the room until you reach a bedroom with a couple of teddy bears sitting. A prompt will appear that says â€œSit by the campfireâ€ oddly and once triggered youâ€™ll sit on the bed.

Wait a few seconds and a teddy bear will appear next to you in a thunderous explosion, followed by another teddy bear until the whole room is filled with them.

Then, the poster opposite of you will also explode to reveal Techlandâ€™s old company logo, with the blueprint item itself which you can pick up. There you have it, you now own the Left Finger of gLoVa!

The blueprint allows you to craft the item, which is a throwable item similar to throwing knives and molotovs. It will cost you a crazy 369 scrap to craft, so make sure you have plenty. The weapon itself just allows you to shoot your finger like a gun, yâ€™know, finger guns.

Going “pew pew” at enemies doesnâ€™t do much damage but it will always knock people away as if theyâ€™ve been drop-kicked or force pushed which gives a lot of utility. On top of that, we found that the weapon can apply a random status effect such as Burn or Toxic. Take care not to abuse it though as the item itself has limited ammunition.

Now you are free to roam the wastelands of Villedor doing your best impression of Bully Parker from Spider-Man 3 or Revolver Ocelot/Liquid Snake from the Metal Gear series. Enjoy, Pilgrims!

Want more tips to survive the zombie overrun streets? Check out our guide on the game and our review while youâ€™re at it.