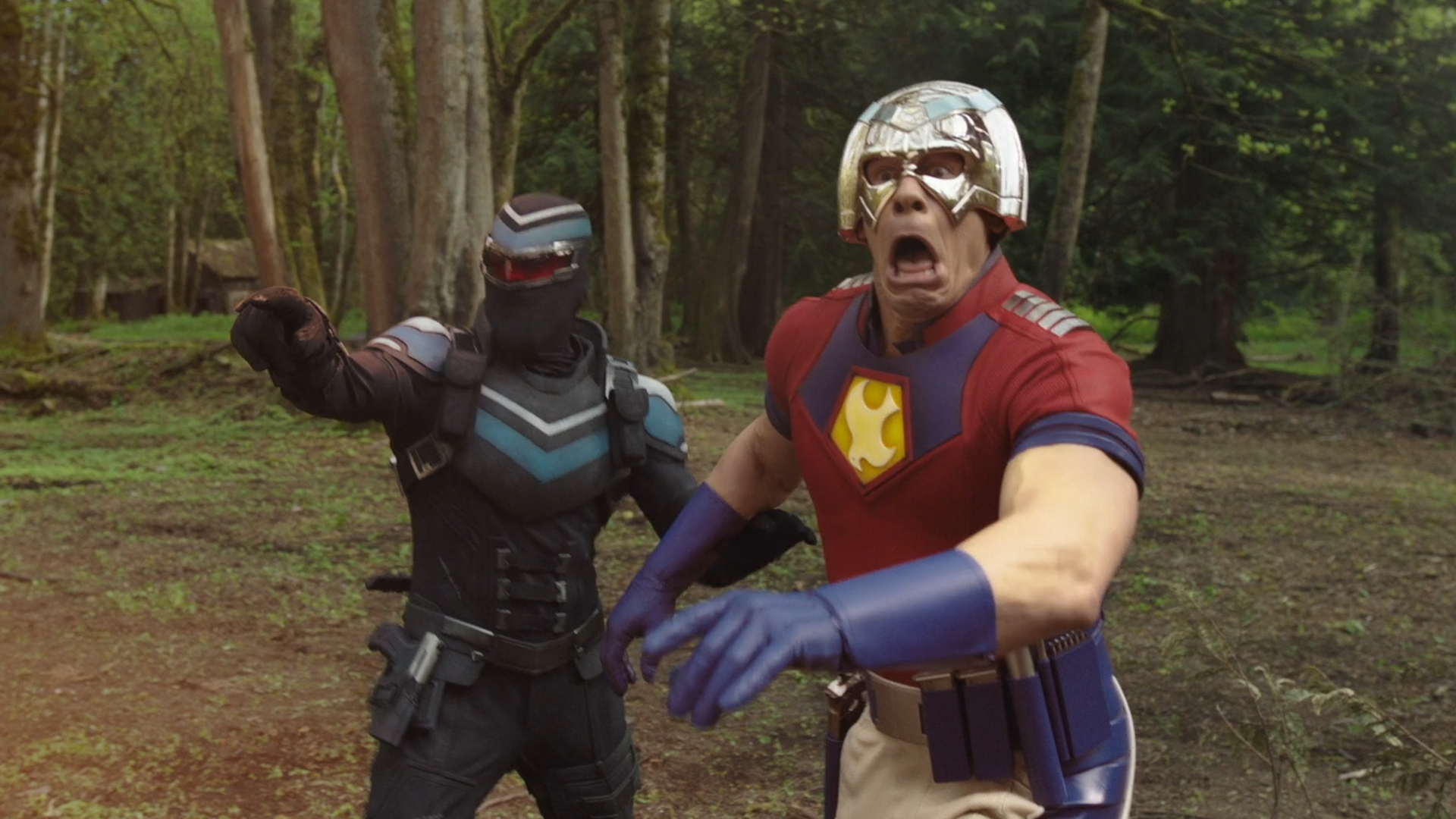 The eighth and final episode of PeacemakerÂ Season 1 is now streaming on HBO GO and HBO Max. Iâ€™ll be discussing heavy spoilers so if you havenâ€™t seen it or want to avoid spoilers, nowâ€™s your chance to stop reading.

In the meantime, you can check out my breakdown of the ending and easter eggs inÂ The Suicide SquadÂ byÂ heading over here.

Green Arrow Exists In The DCEU

Another superhero was mentioned and this time it’s Green Arrow, which is interesting because we’ve never had a Green Arrow appear or mentioned in the DECU before, despite the appearance of Jurnee Smollett-Bell as Dinah Lance in 2020’s Birds Of Prey movie. This confirms that he exists in the DCEU.

Steve Agee’s John Economos runs from the aliens’ “cow” after seeing its massive size. It looks like he’s still traumatized by his experience in 2021’s The Suicide Squad, in which they fought a giant alien starfish Starro The Conqueror. They commonly referred to Starro as a “kaiju” in that movie.

Probably A Dig At Captain America

Peacemaker doesn’t normally use a shield, so it’s probably intentional on James Gunn’s part to let Peacemaker use a shield in this final battle. In the comics, Peacemaker is already similar to Marvel’s US Agent in a way, who’s willing to do almost anything for peace and freedom.

Both Vigilante and Harcourt get shot, but Adebayo saves Harcourt from getting taken over by a butterfly.

The Butterflies Just Want To Save Humanity From Itself

Goff reveals that the butterflies never wanted to take over the Earth, but they were trying to save humanity by “making their choices for them” no matter how many lives they have to take.

The Justice League Shows Up

At the end of the battle after killing the butterflies’ “cow”, the Justice League shows up.Â Jason Momoa and Ezra Miller are the only ones who reprise their roles as Aquaman and The Flash, respectively. Henry Cavill and Gal Gadot didn’t, so we only see silhouettes of Superman and Wonder Woman.

Aquaman even freaking says the F-word to The Flash. Thank you, James Gunn!

Now the whole world knows about Amanda Waller and Task Force X. This will bring huge ramifications to the DCEU moving forward.

We catch a glimpse of Amanda Waller’s reaction to the reveal of Task Force X to the world, with Viola Davis reprising her role.

Vigilante, Harcourt And Even Goff Are Still Alive

Both Vigilante and Harcourt are still alive, but surprisingly, even Goff is still alive as well.

The ending of the Season 1 finale doesn’t really tease anything about the future, but the series has already been renewed for Season 2, as announced by James Gunn yesterday.

It might be a while before Peacemaker Season 2 comes out though, considering that James Gunn is still busy with Marvel’s Guardians Of The Galaxy Vol. 3 right now.

Life Is Strange 2 Is Getting A Physical Release Next Year

This show is absolute amazing!!! If your a true kick ass comic book fanatic and you love true to life adaptations your gonna be in for a wild ride..james gunn is the freakin goat baby!!! Jon cena rules...and the entire cast is off the chain..great job by everyone involved!!! Cant wait till season 2...peace out to the peacemaker!!!!