Tiny Tina’s Wonderlands is what Borderlands and looter shooter fans have been waiting for: great action, a fun D&D dungeonmastering story, and tons of loot and class customization. It also comes with a solid endgame series of dungeons called the Chaos Chamber that’s pretty impressive for a base Borderlands title.

Since this guide is about the endgame and post-credits farming, there will be spoilers. Here’s your warning.

To access the Chaos Chamber entrance and dungeon, you just need to beat the main campaign. The final boss is the Dragon Lord; beat him, watch the ending, and grab the loot. Then go through the epilogue.

You’ll eventually reach the Chaos Chamber entrance (seen below). This is where your endgame and Legendary loot farming starts.

Chaos Chamber runs are multi-levelled random level runs where you go through each stage clearing the room of enemies. Once the room is clear, you proceed to the next one. You keep doing this until you reach the boss room. Kill the boss in the run, and you’ve completed the Chaos Chamber run. Clearing rooms will reward you with gear and crystals. Save up crystals so that you can cash them out at the rewards room (the one with the chest in the middle and the rabbit statues at each side).

After you clear a room, you get to pick the next room through a portal. Each portal will lead you to the following, represented by a different icon:

You can spend a small amount of crystals on a portal of your choice to fill the room with Elite enemies. Elite enemies are tougher, but drop more Crystals.

Sometimes, a room in a Chaos Chamber run adds in side objectives. Completing side objectives means more Crystal rewards. These include the following tasks:

There are four types Chaos Chamber runs you can pick: 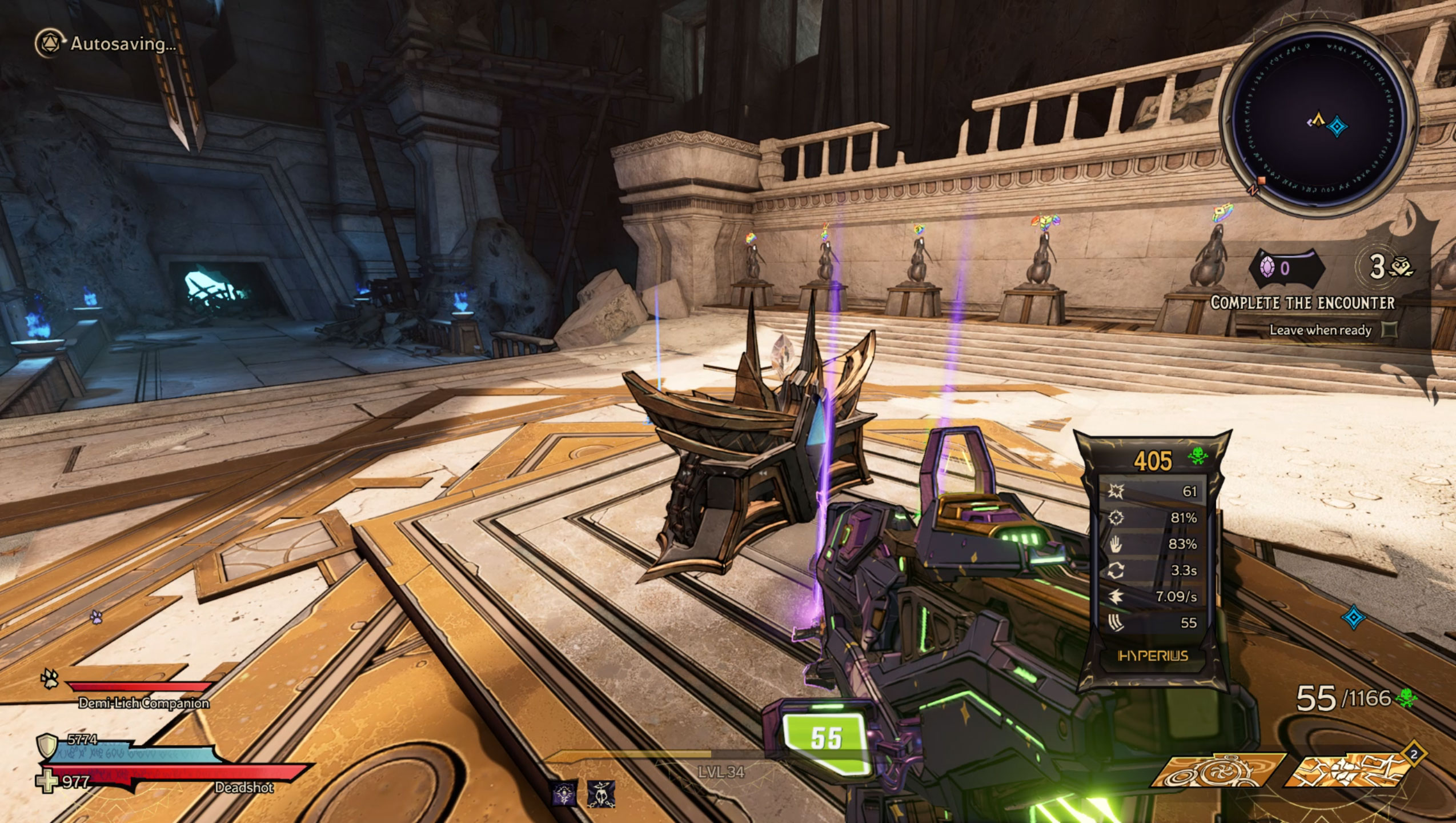 Why You Should Increase Your Chaos Level 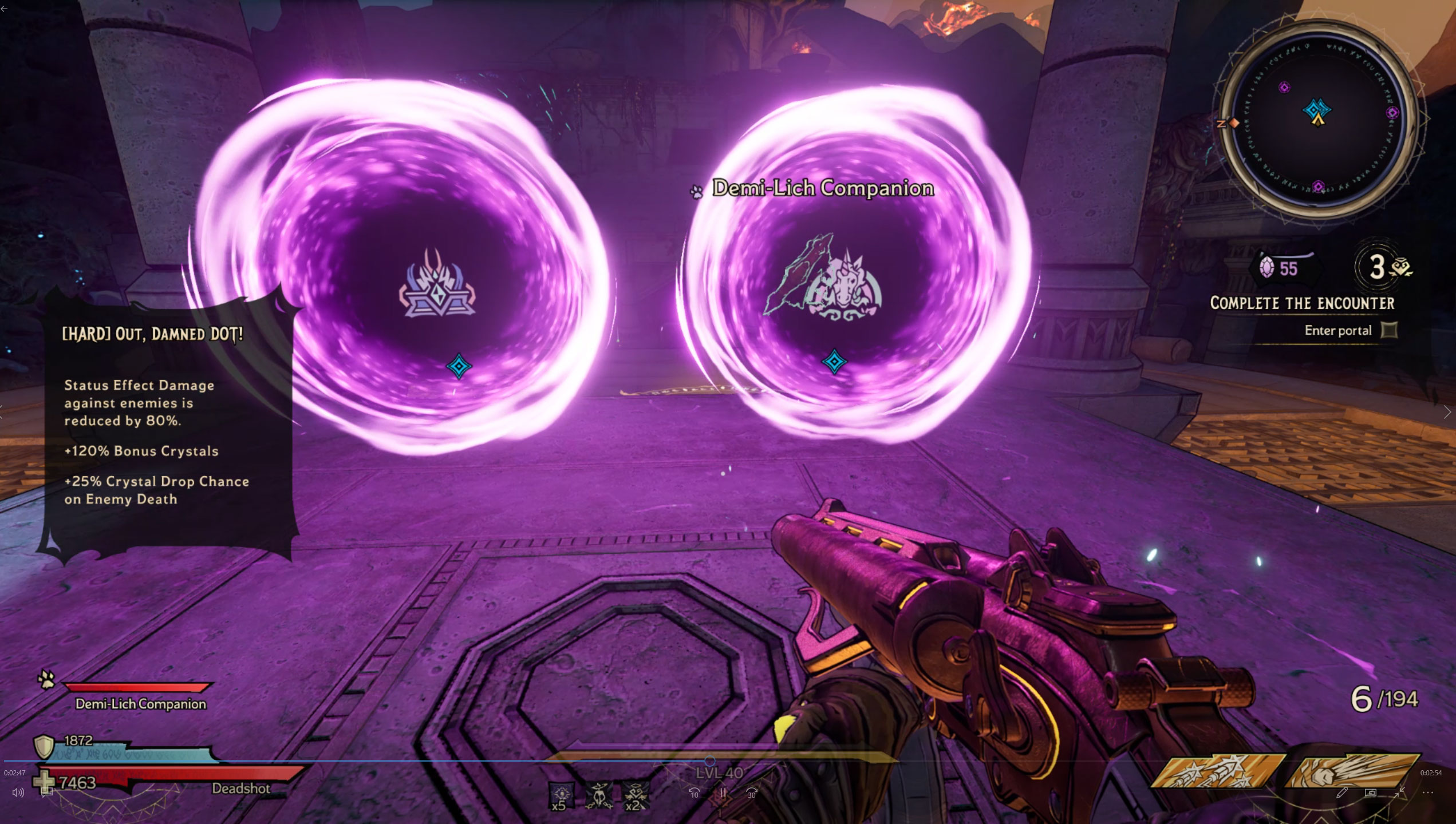 Choose Modifiers You Can Handle

You’re given two different portals when proceeding deeper into the Chaos Chamber. If you see a Dragon Lord icon and aren’t too confident in your skills, don’t force yourself to pick the Dragon Lord portal and just go for the other one. You will lose it all if you die and deplete all your lives during a Chaos Chamber run. Only take what you can handle.

Regardless of the Chaos Level you’re on, Spells will still keep their damage and ability damage values, thus they can deal with whatever the Chamber throws at you. If you have found the perfect spell combo for Chaos Level 1 chamber runs, odds are it can carry you to Chaos Level 20. What we’re saying here is that classes like the Spellshot are way more useful in the endgame due to their ability to refresh spell cooldowns instantly via their skills.

We cannot stress this enough. Playing with a full party means an easier time dealing with mobs and bosses, as well as higher chances for Legendary drops.

This article is still in development…

It's been a couple of weeks since the last PS4 exclusive that mattered dropped onto store shelves. So far, Ghost of Tsushima has been well-received an...

Feature
The Single Player Lootbox Problem In A Nutshell

Imagine that you've bought a new car and I mean brand spanking new. Like any other car, it comes with a manual but this one's a bit different. There's...

News
Xbox Exclusive The Ascent Is Coming In July