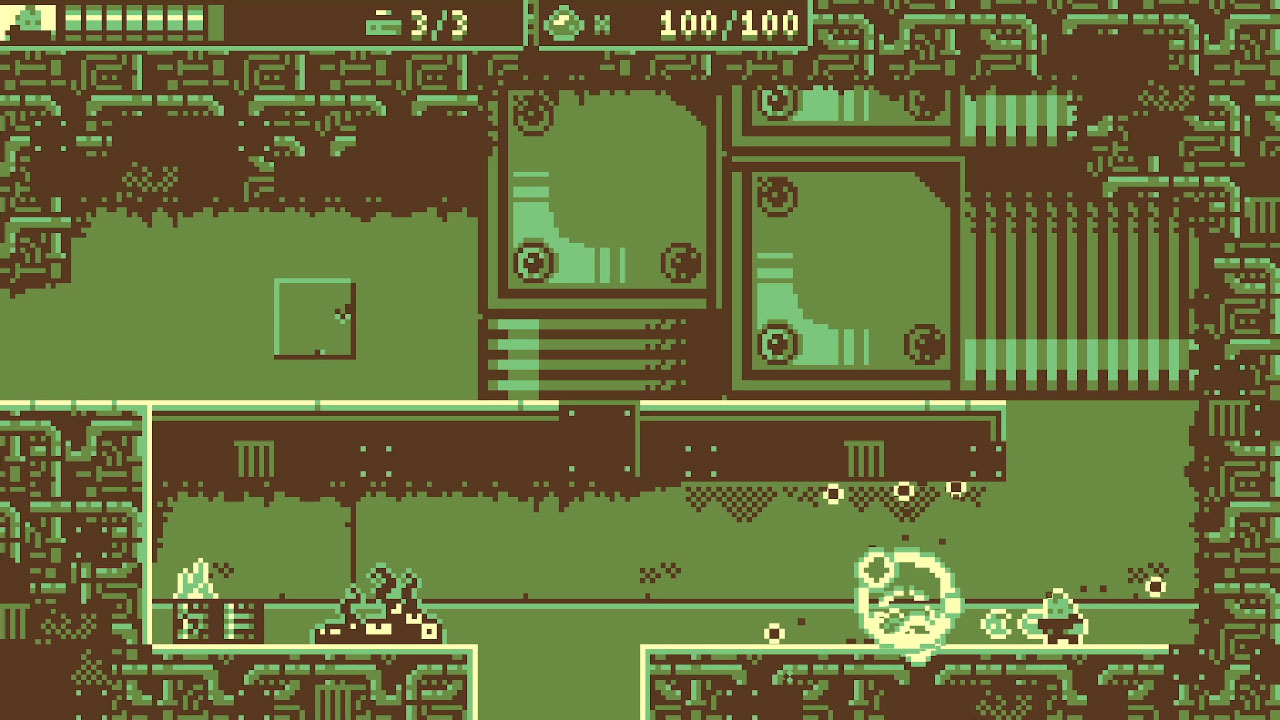 The latest addition to the indie retro game made new genre is B.I.O.T.A, a seemingly-fun 2D shooter with some flawed controls and some unnecessary difficulty.

Your retro experience starts out innocently enough: you control one of the few soldiers who has to explore and wipe out alien lifeform in a space facility. Your controls are easy enough: you can shoot, jump, wall climb, and unleash your special weapon. There are collectibles you can buy in the game’s black market that can help you progress and also bolster your life. There are airtight artifacts that increase the amount of resources you collect to make black market purchases. And the stages you’re exploring and uncovering feature a ton of deathtraps and assortment of aliens to gun down, with a boss or two that require some ingenuity to defeat.

Well, at least the first boss. The rest of them just require some shooting and evading to get through, with patterns for you to memorize. The rest of the game has some devious platforming with the most egregious retro game quirk: one-hit kill traps. The game’s electric traps and slime pits can kill you straight, though you can quick save in the previous room provided you kill all the bad guys inside. The fact that wallclimbing only works when the game feels like it means that you have to be precise with the d-pad. I have died countless times at a section where I slipped to a pit because I didn’t commit to my controls precise enough. Conversely, I latched myself to the wall by accident and ended up eating projectiles in one boss fight. And these projectiles hit unnecessarily hard.

And then there are some bulls**** moments like the last half of the game. There’s a late-game section in B.I.O.T.A that reminds players of the second stage of the original NES Battletoads where you go down a chasm on a rope. B.I.O.T.A’s version has you careening non-stop and has one-hit kill traps that make it impossible to bypass. This level came out of nowhere with no foreshadowing whatsoever. Worst, you cannot teleport out to your base or to the previous room like in past attempts; you are stuck at this point in the game unless you can somehow go through the electric barriers via pixel perfect dodging.

That’s the bit that broke me. I’m so close to finishing this insanely difficult 2D shooter with some gimped-up controls, and the developers thought it was a good idea to add in this one “eff you” moment that probably isn’t playtested properly. Still, for a cheap price, you could do worse than to torture yourself with this throwback game of sorts featuring a plethora of colour palettes that range from 90s green Game Boy to stark CGA eye-candy. A shame too, as the game does throw in some fun variety with an underwater submarine segment and a top down 2D shooter bit that exhilarates. And at the very least, respawning from your countless deaths is instantenous so you can try and try again until you eventually succeed (via luck mostly).

Made In Abyss Anime Gets Its Own 3D Action RPG