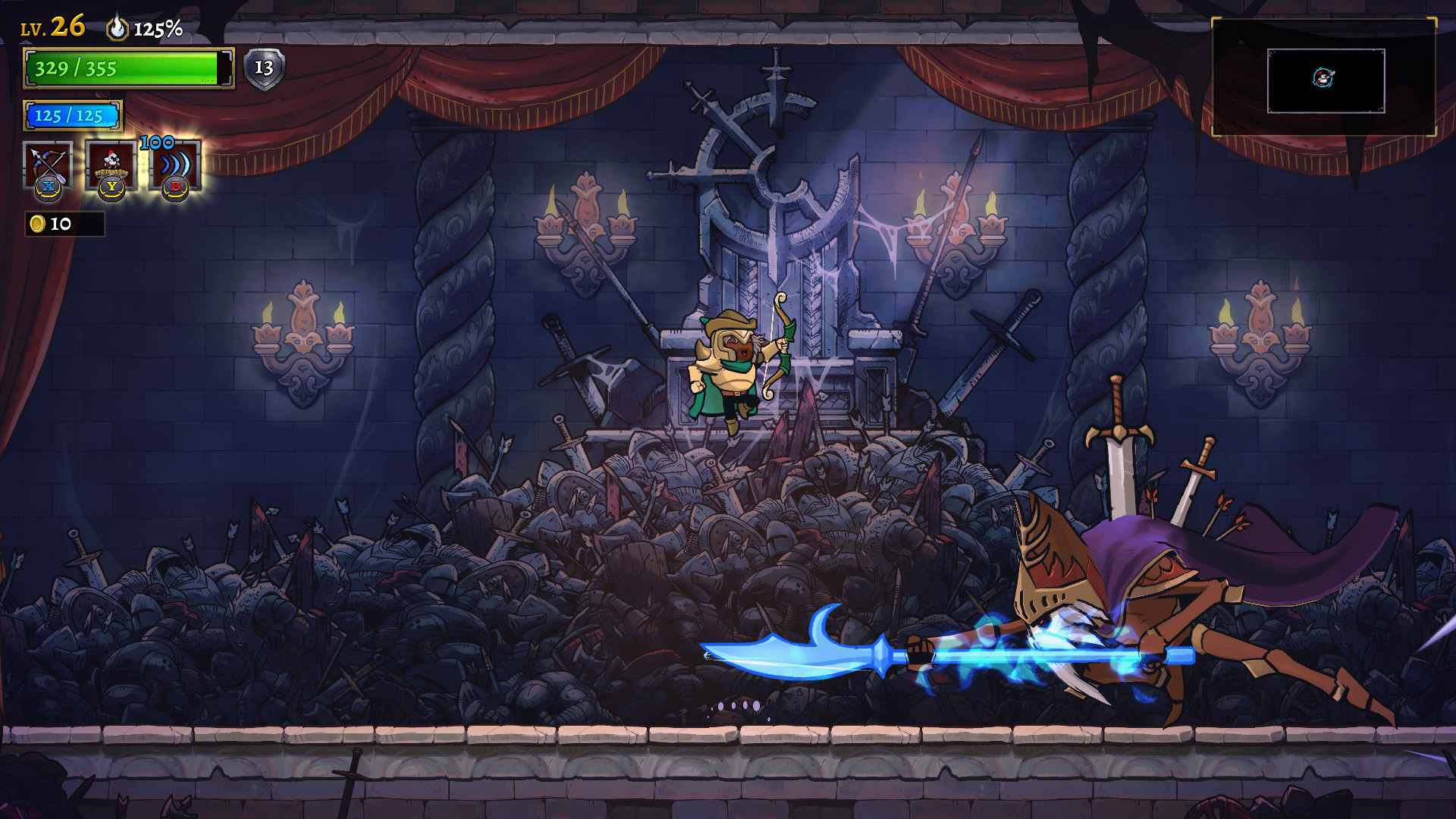 Rogue Legacy 2 has been on Steam Early Access for almost two years, but now Cellar Door Games has announced that the full version of the roguelite game will launch on 28 April 2022 for the Xbox One, Xbox Series X/S and PC via Steam and Epic Games Store.

It is a sequel to 2013’s Rogue Legacy, an action rogue-lite platformer that allows players to choose between several classes of adventurers through procedurally-generated dungeons. Upon dying, players will have to choose among a selection of randomly-generated heirs of their previous character to continue adventuring, with each heir possessing their own unique traits and abilities.

“Rogue Legacy 2 is finally reaching v1.0 and we couldn’t be happier with how it turned out. Our goal for Rogue Legacy 2 was always to make ‘Rogue Legacy 3‘ because we didn’t want to settle for just more. It had to stay true to the original, but also stand on its own as something new. After nearly four years of development, bringing it to the fans is the final step in this long journey, and we hope they find it as special as we do.”

To celebrate the game’s release date announcement, the original Rogue Legacy will be available to download for free via the Epic Games store from 7 April to 13 April 2022.

We Know One Other Villain Who Will Appear In Spider-Man: Far From Home