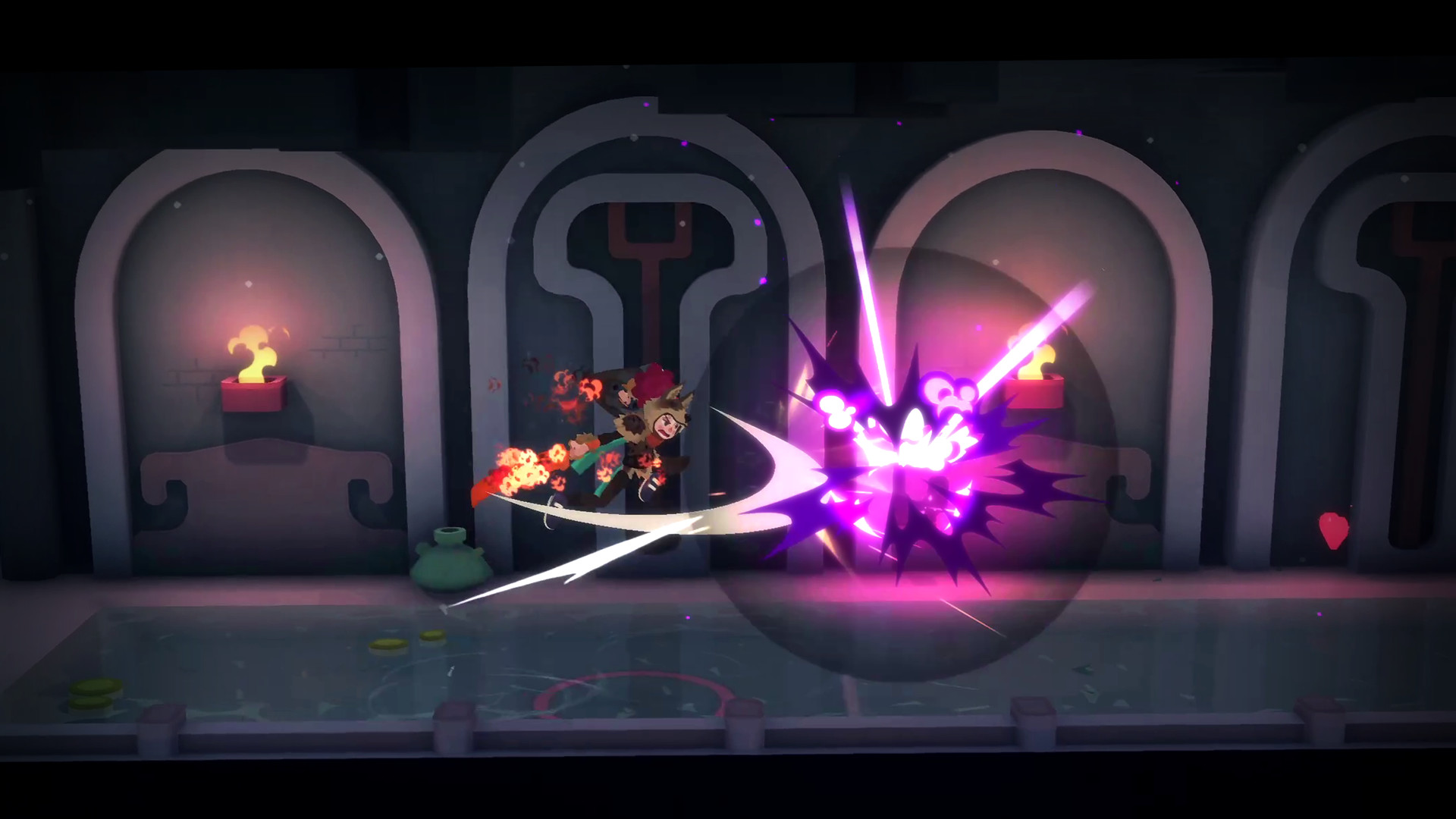 In Young Souls, a new entry in the 2D beat-em-up genre, you play a pair of rambunctious foul-mouthed twins who have to play the isekai protagonists role of delving in an underground fantasy goblin-filled world and save your previous town in the process.

There’s a bit of a nicely-paced narrative tucked in, featuring twins Jenn and Tristan being branded as outcasts of the town they’re trying to save but at the same time show their good side with their deeds. Young Souls does delve in the morality of dealing with two warring sides and resolves it in a tight manner; it’s not high art but it gets the job done.

As for the beat-em-up action, which is the main crux of Young Souls? It’s fine. Basically, you can play this single player or co-op, going through a series of dungeons divided in different regions (fire, ice, swamp, ghost-filled, and so forth). Just like an action RPG, you can get a ton of loot to strengthen the twins and buff up their playstyle. You have fast daggers, giant greatswords with slow swings but big damage, and the sword-and-shield combo. You also have a few defensive moves you need to master right off the bat: the dodge and the parry. The former lets you roll away from danger and comes with its own invincibility frames, while the latter lets you parry attacks and stun enemies if you time it just right. It’s very satisfying to be on the defensive and bait enemies to attack you, only for you to parry them and retaliate in kind.

The gameplay loop of beating up and killing goblins and other monsters in left-to-right dungeon layouts -with some traps and obstacles in-between- is fun for a few hours, but does get repetitive given the genre. And if you can master parrying in the first two hours, you can essentially beat the game easily; Elden Ring-levels of challenge this ain’t. And some of the weapons aren’t balanced properly: my supposedly fast-but-weak high level daggers seem to deal more damage than the same rarity greatsword, so why give both Tristan and Jenn slow weapons when the fast ones are more effective in the long run?

Still, I managed to garner some enjoyment out of Young Souls thanks to its cheery aesthetics, decent controls, fun-if-familiar gameplay route, and its decent runtime of 8 hours or less, depending on how fast you can get the hang of the parrying. What few bosses they have to challenge you are pretty exhilarating experiences, particularly the ones involving the goblin warrior lady spirit from the warrior statues you come across. And shopping in the town and buffing up the twins permanently by going to the gym? These are nice touches that happen quick and do not get in the way of the highlighted actions.

Young Souls is certainly no Streets of Rage 4, but it’s still worthy of your time if you like more RPGing and loot-collecting in your 2D beat-em-up experience. You could definitely do worse than with this 1P2P and The Arcade Crew offering.

The Best Final Fantasy Entry Gets The Polished Remaster It Deserves

Sony's Game Division Doing Great; PS5 Not Out Before April 2020