With a few weeks away until August ends, it’s time for action RPG fans to cherish a brand new season for the long-standing Blizzard title Diablo 3. Season 26 is coming to a close, with one of its major additions Echoing Nightmare turning into a permanent feature for the game (both off-season and seasonal play).

Season 27 is the next season, starting on 26 August at 4pm GMT+8. What else is there to expect from Diablo 3’s latest? Here’s a guide on what’s new and the best classes to use (pending).

Looking to turn the tide of an unremitting war between light and darkness, the Angels of the High Heavens have embedded a token of their righteousness in Sanctuary. Cunning Nephalem seeking an advantage in combat will undergo an angelic trial, crystallizing a symbol of their morality into pure, otherworldly perfection. The specific celestial force imbued within by the divine is unknown—an answer waiting to be sought on the battlefield. Go forth, Nephalem!

The biggest addition to this season is Angelic Crucibles, a new consumable item that can sanctify any equippable Legendary item, infusing it with one of three new class-specific powers at random. This is Blizzard’s way of giving super Heaven powers to the Nephilim and having them playable in an action RPG setting. Here are the class-specific powers;

New Season Journey rewards include the Laurels of Knowledge portrait and Corvus Cadaverous Pet. In addition, a series of portrait frames themed around the struggle of the Eternal Conflict will be available, along with the pet Belphegor. 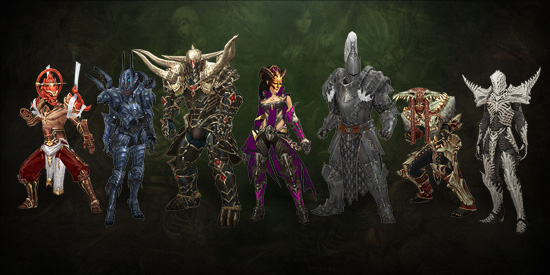 Completing Season 27’s Season Journey Chapters 2,3, and 4 will reward you with three of Haedrig’s Gift. Each Gift contains a few pieces from one of the following Class Sets. So if you want a full Set, pick just one class from Haedrig’s Gift’s prompt.

Here are the sets granted by Haedric’s Gift this season. They’re looking pretty good if you love the Barbarian, Witch Doctor, and Necromancer.

Long story short: Guardian’s Jeopardy is going to be the new hot set for every class, and Monk’s Inna set is getting a nerf.

Best Class & Sets To Use For Diablo 3 Season 27 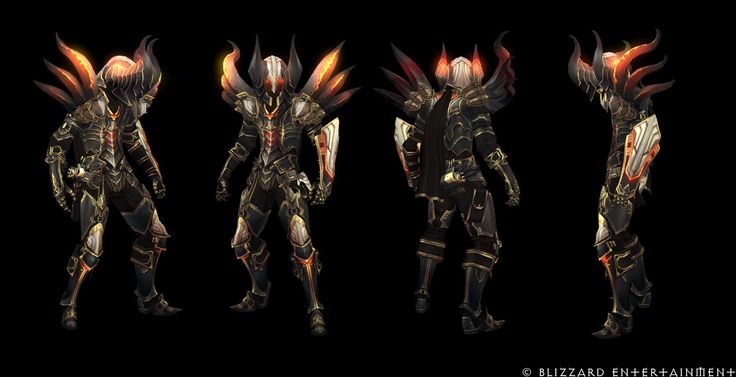 With so much nerfing going on with the Gears of Dread Hungry Arrow build, it’s only a matter of time until the meta changes for the frail-but-high-DPS Demon Hunter. The Marauder Sentry build lets your Demon Hunter put up turrets and gets damage buffs from said turrets. Also, the turrets will fire the Cluster Arrow and other primary attacks/enemy-seeking shots you have equipped. Easy gameplan, and a great way to clear the room really, really fast.

The Marauder Sentry’s few downsides include low mobility and heavy reliance on positioning, since you are setting up turrets and finding the best place to fire your Cluster Bombs to get max damage and AoE on mobs. Still, this build is the way to go if you want a top-tier Demon Hunter that can go solo. The best part about this set is that you can acquire it easily via Haedrig’s Gift for this season’s early rewards. 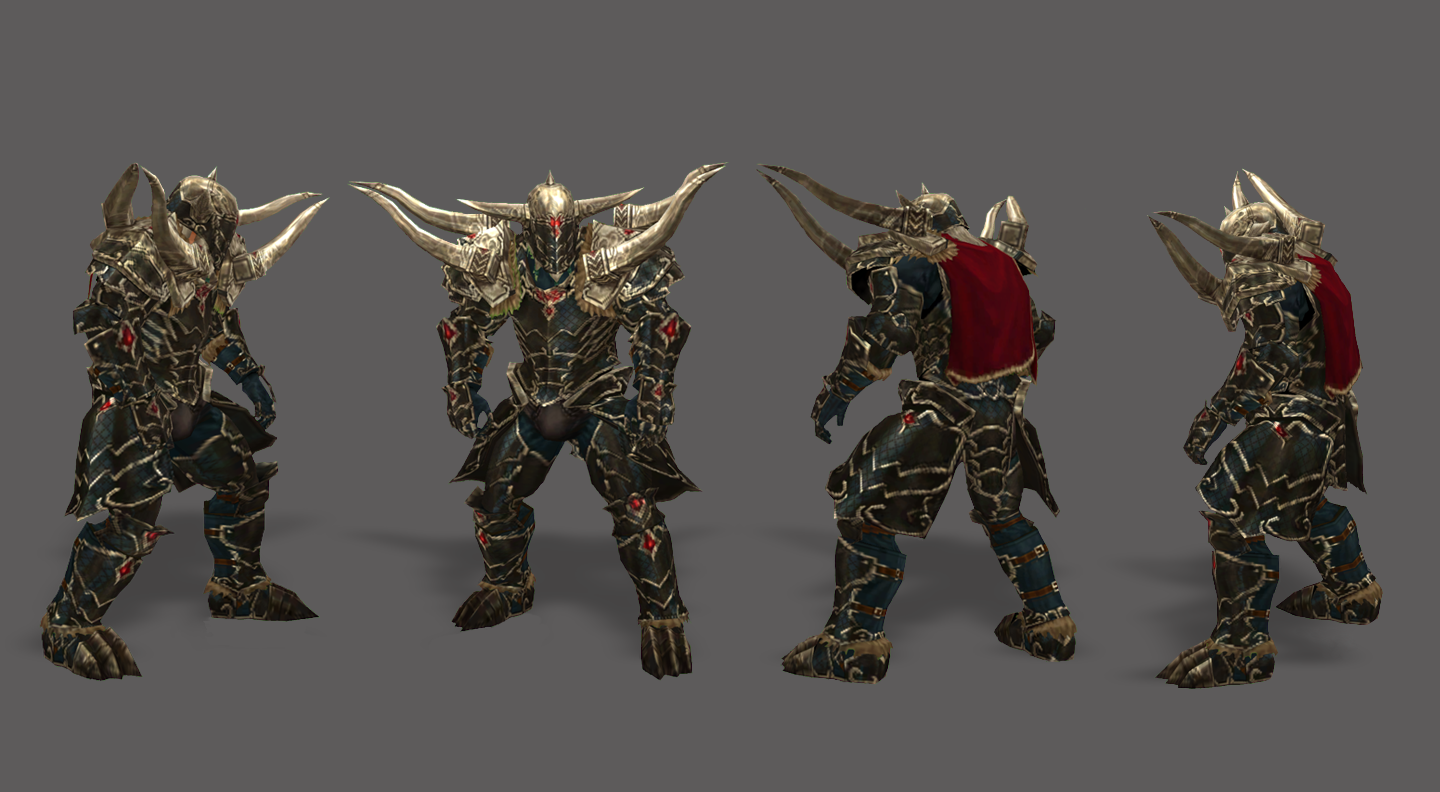 Still the best and most consistent Barbarian build ever. Spin to win using Whirlwind, but with Rend effects. Furious Charge to get to one spot super-fast and get all the buffs from Band of Might. The Essence Anguish makes it all the more painful for mobs. You get this set as part of Haedrig’s Gift in Season 27.

Passives: Rampage, Nerves of Steel, Boon of Bul-Kathos, Pound of Flesh
Kanai’s Cube: The Furnace, Mantle of Channeling, Band of Might

Angelic Crucible Powers: Whirlwind pulls in and holds all enemies within 25 yards.

If you like charging headfirst into danger and throwing exploding rocks for guaranteed crits and kills, this Barbarian build is for you. The Raekor set received a reworking last season and its current power levels have yet to be nerfed by Blizzard. So go nuts and rock out, so to speak.

Angelic Crucible Powers: Whirlwind pulls in and holds all enemies within 25 yards. 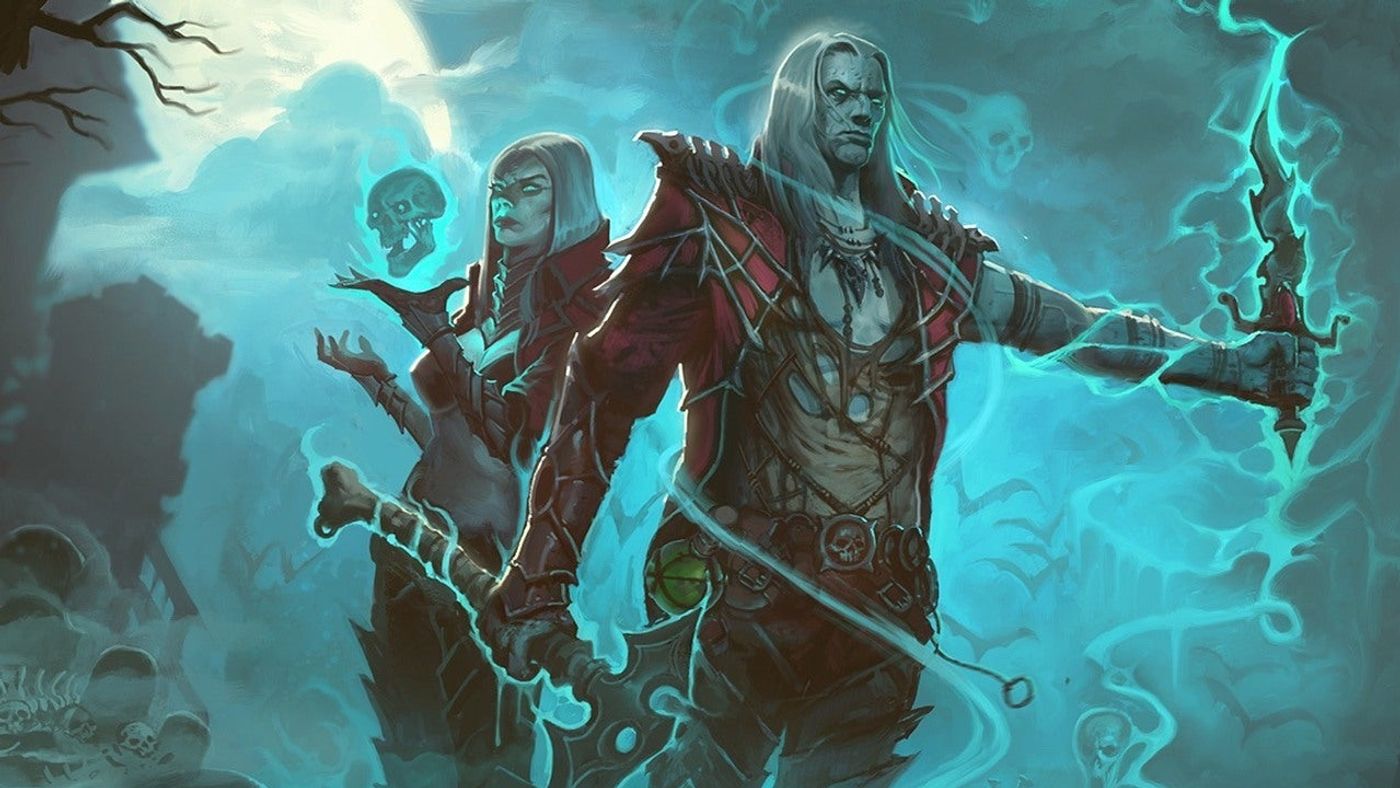 Rathma Army of the Dead

The best Necromancer builds are all Legacy of Dreams-focused (at least for other Seasons; see the next build), so we have to resort to this Rathma set to make your life a bit easier. The Bones of Rathma Necromancer build is pet-focused & comes with a nuke: summon skeletons, bum rush them onto enemies, use Army of the Dead often and stay away from enemies. You get this set as part of Haedrig’s Gift in Season 27.

Angelic Crucible Power: Enemies within 50 yards are constantly assaulted by the Army of the Dead – Unconventional Warfare while this item is equipped.

The Trag’Oul set has been reworked for Season 27, and for the better too! This build lets you use up your life to cast Blood Novas for insane damage (via the set), and your chances at surviving solo are pretty high. This set is arguably better than the existing Legacy of Dreams Necromancer Nova build that was dominating the Season meta for quite a while. If you want to try something a little more different than skeletons and nukes, go for this AoE-focused build.

Angelic Crucible Power: Hitting enemies with Death Nova five consecutive times adds a spirit that afflicts an enemy every fifth cast of Death Nova. Up to three spirits can be sent at a time. 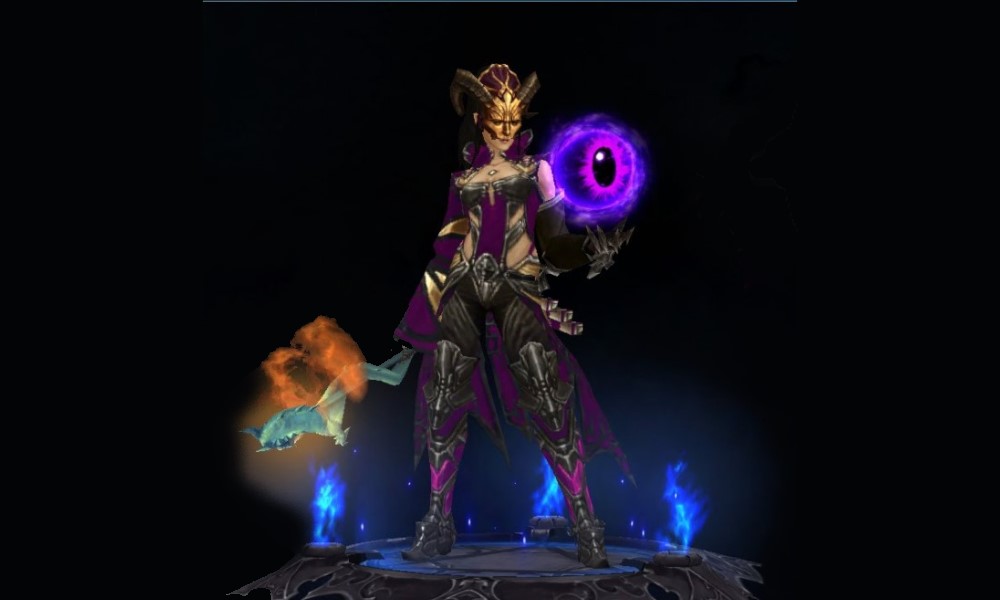 Arguably the most iconic Diablo playstyle for spellcasters, the Tal Rasha Meteor build lets you summon tons of one-hit kill Meteors with little to no cost as long as you use all four elements for damage-dealing. The AoE and explosion effects are a joy to behold. Like any Wizard build, you have to play keepaway and ranged since it’s squishy as heck.

You can also get the Tal Rasha set easily via Season 27’s Haedrig’s Gift reward.

Angelic Crucible Power: Casting Storm Armor sends a power thunderbolt from the skies that instantly kills a random enemy within 30 yards. Bosses are not killed but take significant damage. This effect cannot occur more than once every 60 seconds. 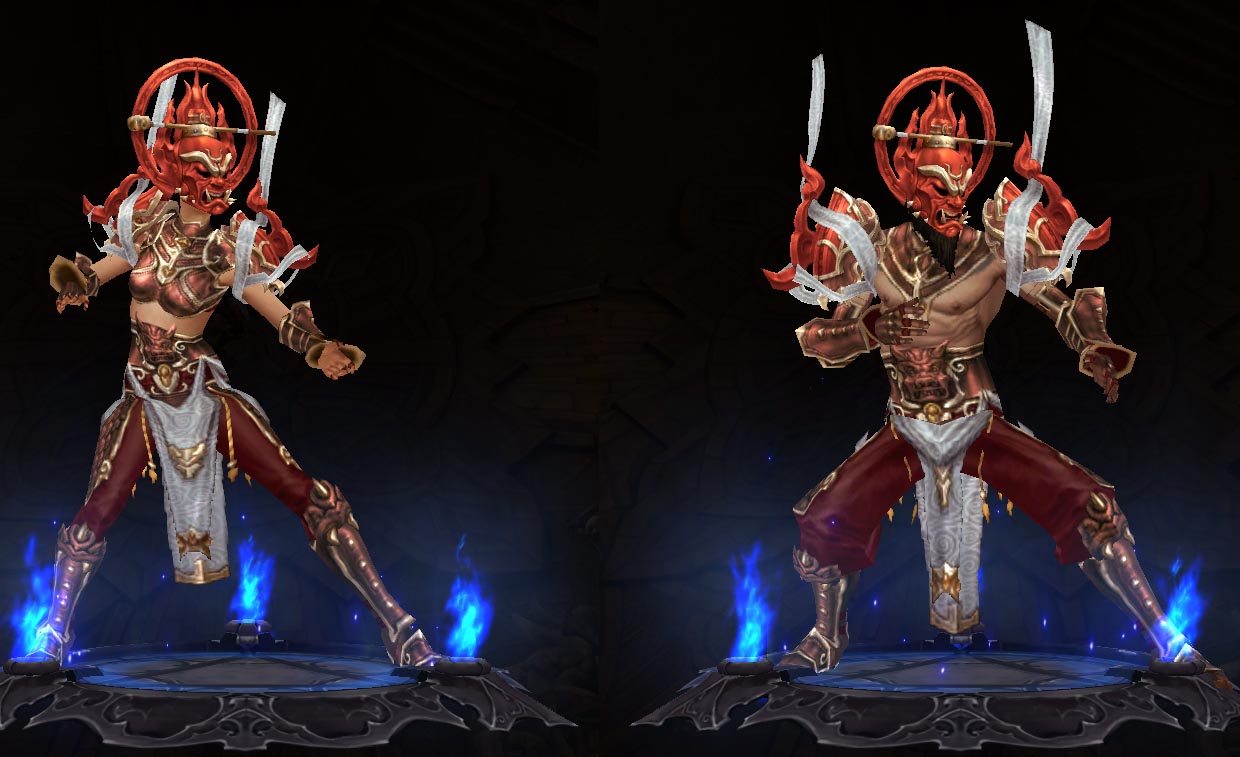 This set alternates between Dashing Strike and Way of Hundred Fists for about 6,000% worth of damage, and is blazing fast too. Given the fact that the Inna sets are nerfed in this season, you’ll have to use an alternative set that’s also part of Haedrig’s Gift. The Raiment of a Thousand Storms set will do just fine in that regard. 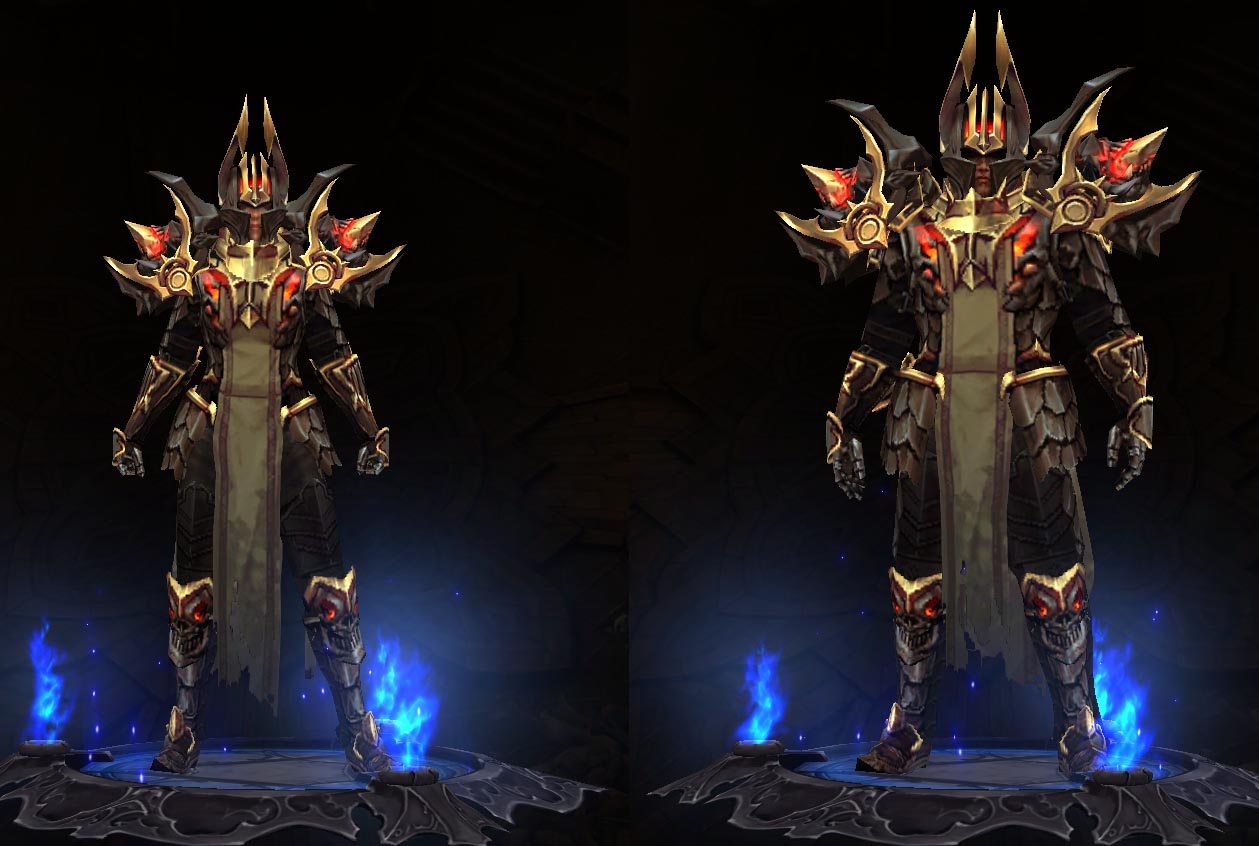 A tanky and great AoE-focused Crusader build that’s sure to thrive in this current Season, particularly due to the Angelic Crucible power that’s specific to Falling Sword.

Angelic Crucible Power: After casting Falling Sword, you descend from the sky with two Archangels that wield immense holy skills and benefit from your holy damage skill modifiers. 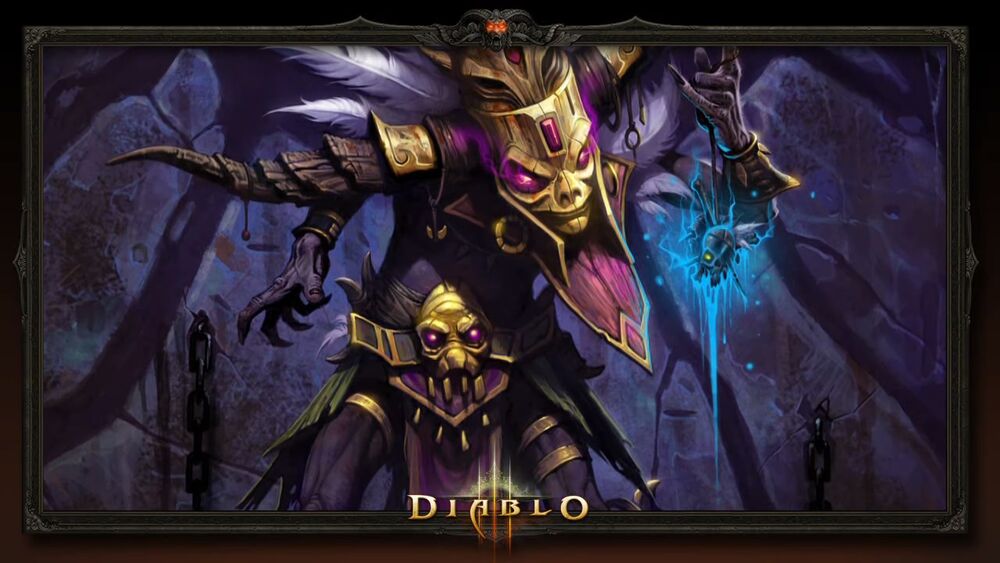 After enjoying some highs in past Seasons, the Witch Doctor is now back on the bench. However, the Zunimassa Poison Dart Fetish-filled pet build is still powerful enough to power through the Season, especially with the new Heaven Powers the class can acquire.

Angelic Crucible Power: Horrify becomes an aura that causes enemies to receive 100% more damage and deal 15% less damage in addition to its other effects.

This month is where gaming companies are currently making a bunch of game announcements to hype people out for next-gen gaming. It's also the month wh...

World of Warshipsâ€™ latest update 0.10.10 is packed full of changes, including the fifth season of Ranked Battles with superships, the return of...

Fortnite, now in the middle of pitch battle of controversies, is still looking to jump into uncharted waters. Unlike its latest efforts to get into th...