Scorn Is An Alien Experience That Body Horror Fans Will Love

Why is it so hard to make a good Alien game? And by Alien, I do mean Ridley Scott’s Alien franchise and a huge reason why the franchise is so good is largely due to the contributions of the late H.R. Giger, who not only designed the iconic design for the Alien Xenomorphs but is also responsible for the surreal and bizarre “biomechanical” aesthetic style as a whole. Now, there’s finally a game that is fully inspired by the style of H.R. Giger and that game is Scorn. 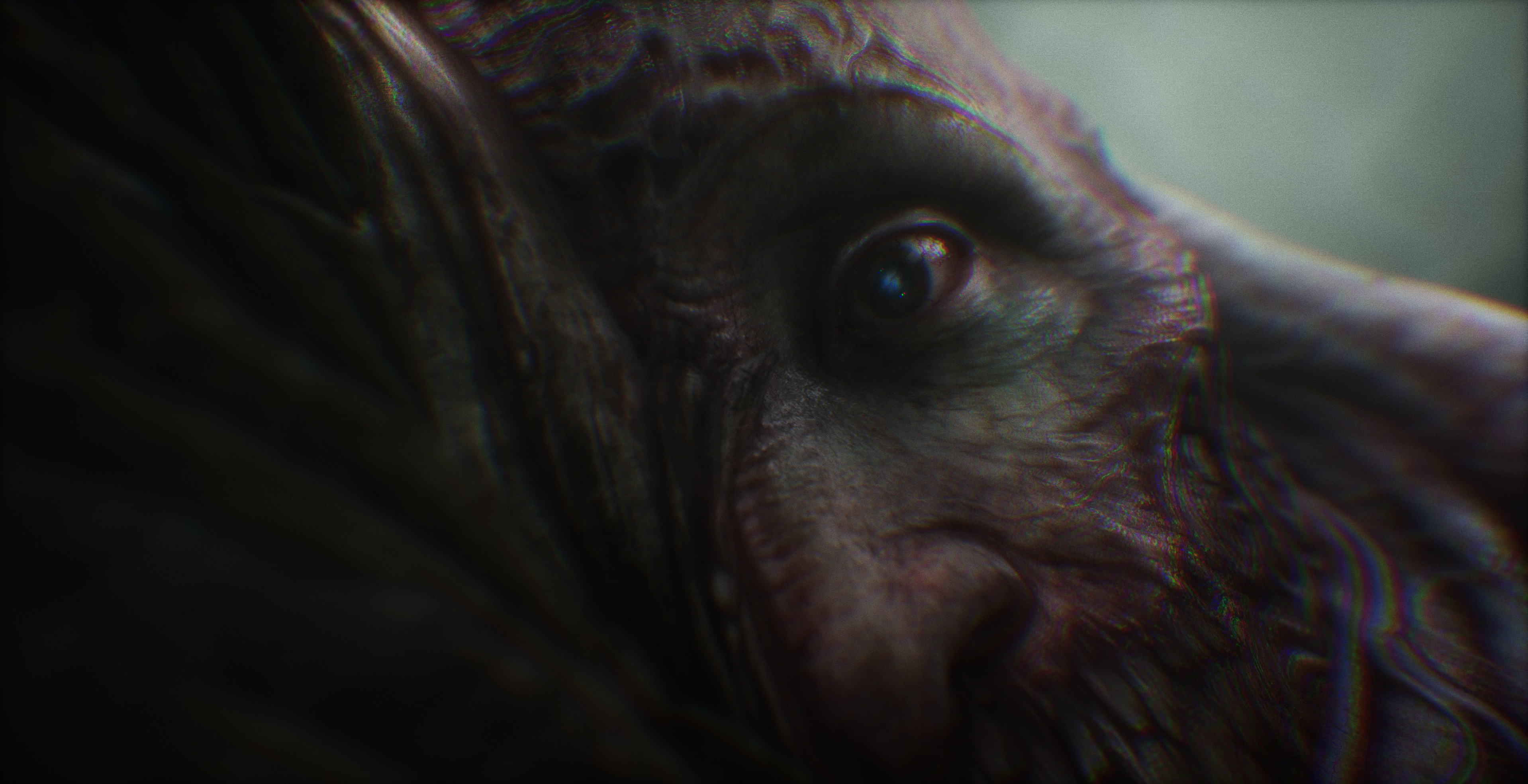 Scorn was originally announced by Ebb Software all the way back in 2014, and it’s almost here. It’s an atmospheric first-person horror adventure game set in a nightmarish universe of odd forms and sombre tapestry featuring the aforementioned H.R. Giger’s biomechanical style. Imagine a whole world with the body horror-esque Alien designs. Courtesy of Ebb Software and publisher Kepler Interactive, I played through the roughly 45-minute demo of the prologue level in Scorn.

According to the developer, Scorn is designed around the idea of “being thrown into the world”. Isolated and lost inside this dream-like world, you will explore different interconnected regions in a non-linear fashion. The unsettling environment is a character itself. After playing the Scorn prologue demo, that’s exactly how I felt. After starting a new game and watching the brief opening cinematic, the game literally just drops me in the middle of nowhere in a hellish-looking and creepy place. 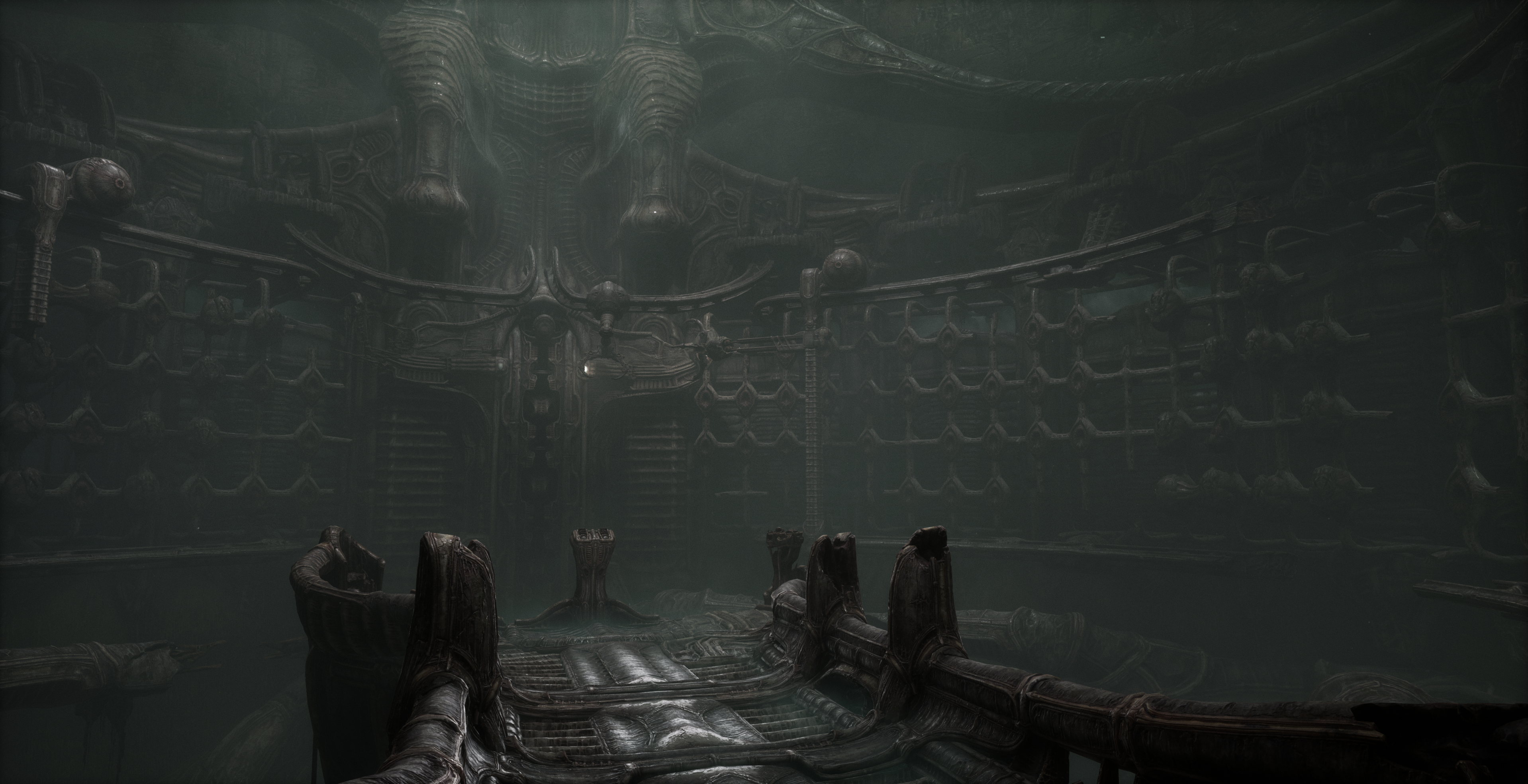 As a fan of horror (including body horror and the like), I was impressed with the world that Ebb Software has created. Most sci-fi games feature the same-looking and similar mechanical aesthetics. This even includes Creative Assembly’s Alien Isolation, which is arguably one of the best Alien games ever made. Scorn is different. There is no music while you’re exploring the game’s world. All you hear are the occasional groans, sighs and moans emanating from the walls, which feel as if they’re throbbing and breathing with life. This is definitely a game you should be playing with headphones, especially when you come across some of the parts with screaming later on.

First things first, Scorn is not a traditional first-person shooter. It doesn’t play like a shooter at all. You’re basically dropped in a place and expected to find your own way out. There are no written objectives or waypoints, no maps or mini-maps. Scorn takes place in an open-ended world with different interconnected regions. Each region is a maze-like structure with various rooms and paths to discover. All the storytelling happens in-game, with no cutscenes to distract you. 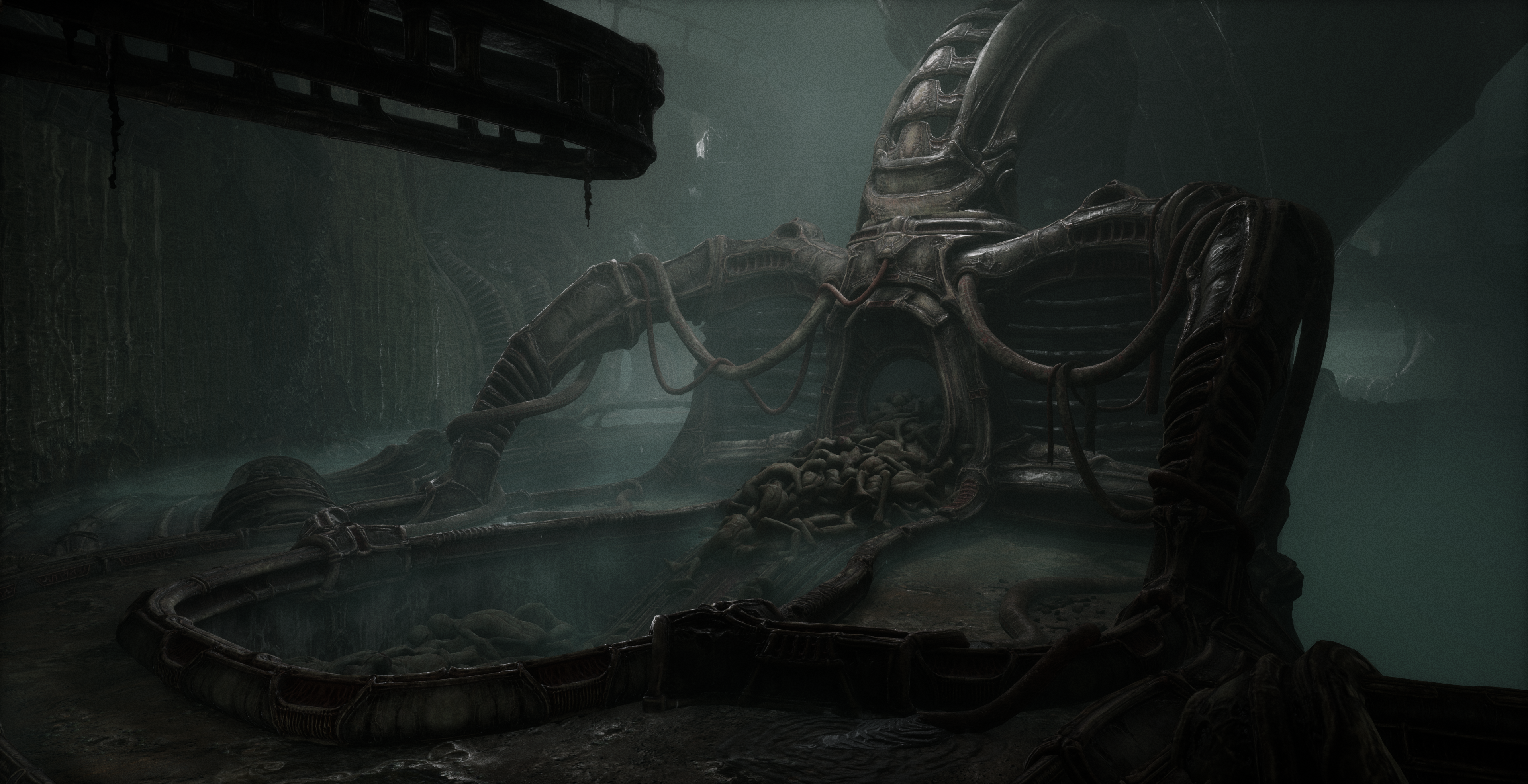 In the entire 45-minute Scorn prologue demo, there’s practically no combat gameplay to speak of. All I did was move around, explore and solve puzzles to get to the next area. That’s simplifying it, of course, because the puzzles are connected to each other and they sometimes unlock new paths and rooms. In the prologue, there was one huge door that required two people to open. Of course, this being a single-player game, I was confused at first, what was I supposed to do?

It turns out that I had to solve an elaborate puzzle to find a creature and break it out of its egg. It’s a pretty gruesome process, and this is where the “body horror” part of the game first kicks in. I had to bring the creature to several tools to break it out of its egg and it could definitely be considered torture porn or something you’d see in a David Cronenberg movie. Scorn is certainly not for the squeamish or those not familiar with body horror, I can tell you that. However, if you’re into Cronenberg and body horror, you’ll love Scorn.

This is the poor creature I was talking about as I escorted it to its doom. 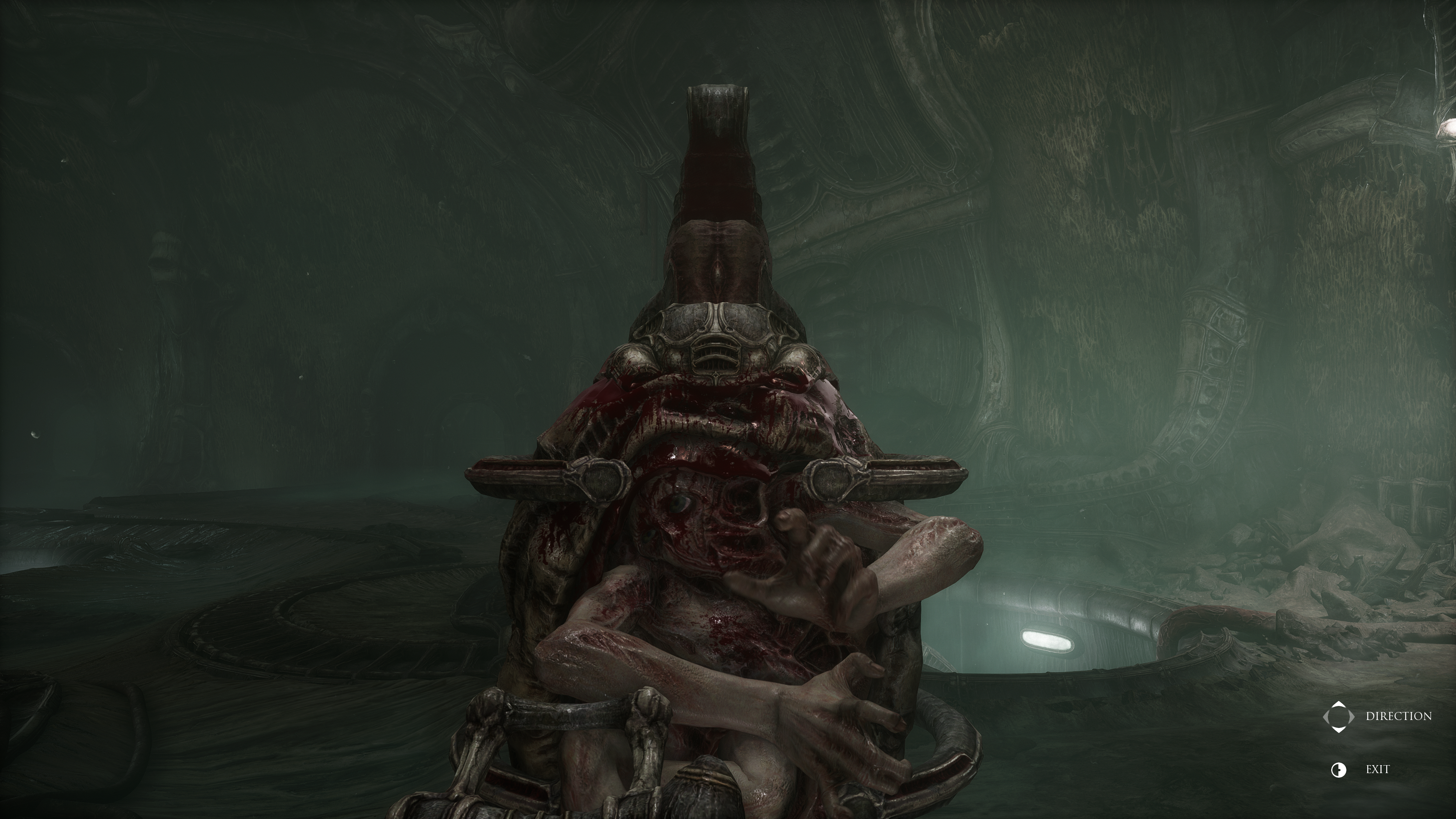 The final section of the Scorn prologue demo finally has me finding a weapon of some sort, which I have to literally attach to my hand (body horror, remember?). The weapon isn’t a gun though, since it shoots sort of a metal extension in a short almost-melee range, which reminded me of how the Alien Xenomorph’s tongue shoots out of its mouth. The enemies I kill with these weapons are merely stationary bugs that spray some kind of deadly gas. They don’t move, so they’re more like obstacles. I’m sure there are probably going to be more deadly and nightmarish enemies waiting for me, but not in the game’s prologue just yet. 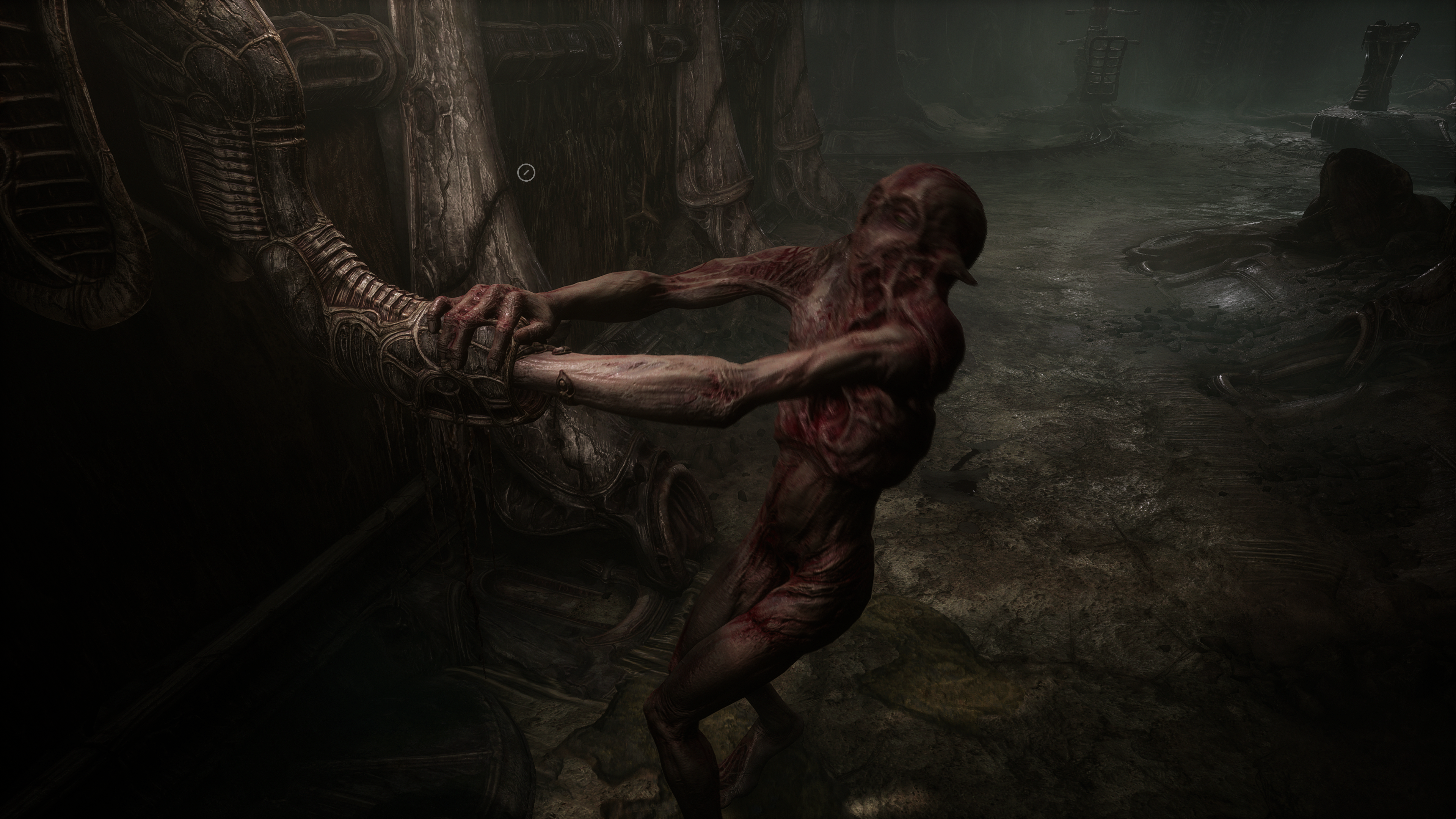 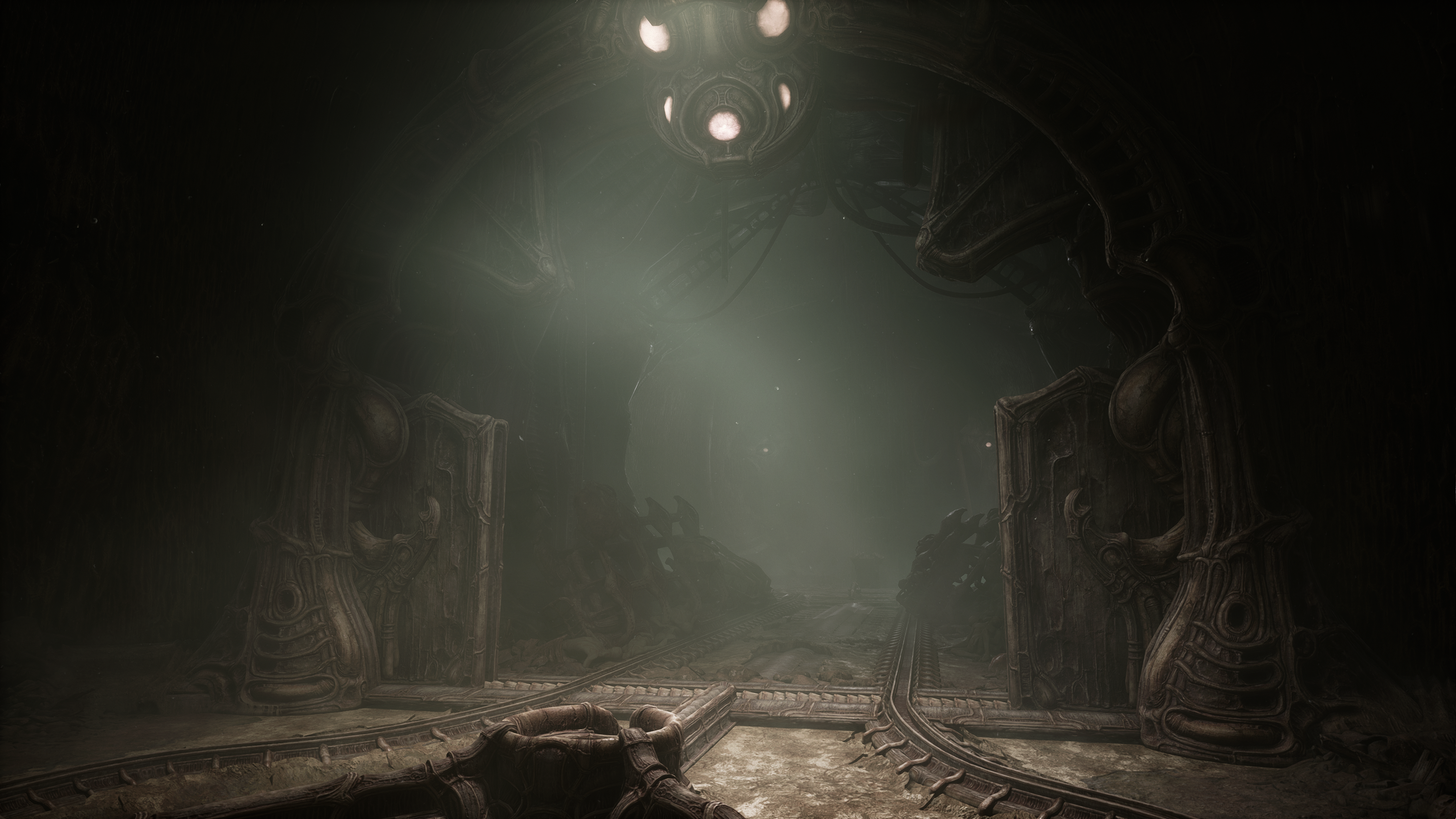 In a nutshell, Scorn is a unique and refreshing experience. It’s more of a first-person horror game with lots of puzzle solving, similar to the likes of games such as Alien Isolation or Silent Hill in a way. The game doesn’t tell you anything, so it’s up to you to explore and navigate through the game’s nightmarish world. Just don’t expect this to be the body horror equivalent of Doom because it’s not. If you love H.R. Giger’s aesthetics and things that are extremely alien, Scorn is something you should try on.

I know I will when Scorn officially releases for PC, Xbox Series X/S and Xbox Game Pass/PC Game Pass on 21 October 2022. H.R. Giger would probably have been proud of this game.

We were given early access to the Scorn prologue demo courtesy of Ebb Software and Kepler Interactive.

The last few days was a trove of good news for Warframe fans who aren't swayed by other third-person co-op shooters of 2020. The game will be receivin...

Now that Star Wars Battlefront II's loot box fiasco is out of the way a year later, it's safe for EA to start bringing the game to the limelight and s...

11 new titles will be joining the Xbox Game Pass lineup in a couple of days this month of December. Basically it's an early Christmas celebration for ...