Warhammer 40K Darktide will be out on 30th November for PC and Xbox consoles; if you love your team-based PvE first-person action games, you’ll no doubt find a ton of replayable fun in Fatshark’s latest.

Here’s everything you need to know about the four main classes you’ll be using in this Warhammer 40K multiplayer game. Each of the four Darktide classes has distinctive weapons and skills that define their playstyle. You can level them up to gain access to their new feats and guns. 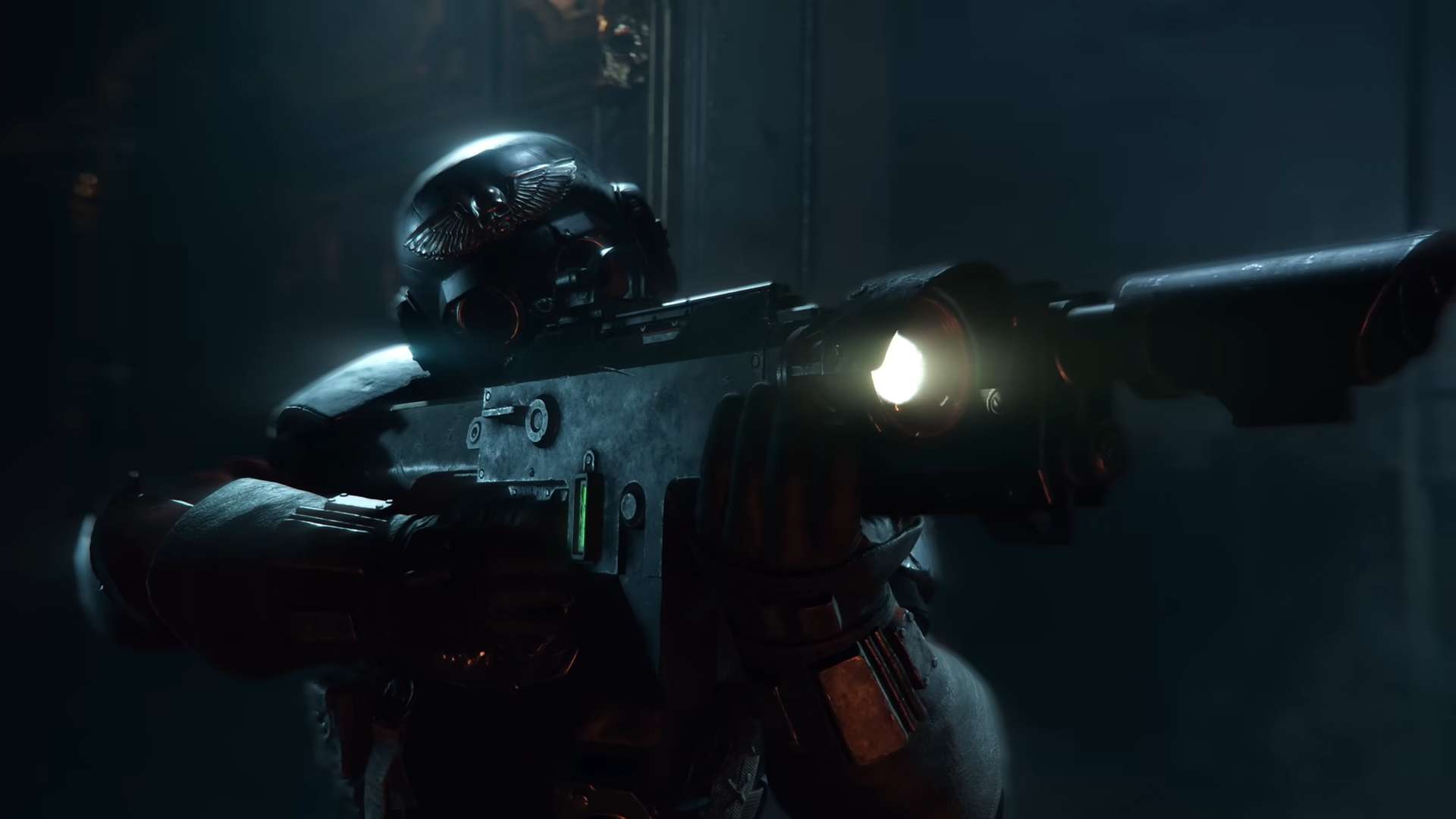 Apart from shooting things real good from afar, Veterans have Volley Fire as their main skill. They go in a ranged stance for five seconds and designate any nearby non-Ogryn Elite and Specialist enemies as their priority targets. Any ranged damage dealt while in this stance increases by 50%.

The Veteran’s passives include dealing additional 15% damage to weak spots and 40% increased ammo reserve for all ranged weapons. This synergizes well with Volley Fire as they can fire for quite a while.

The Veteran also has access to Frag Grenades; useful for clearing groups whether taking the offense or just defending. You can’t go wrong with grenades in an FPS. When all else fails, they have a combat shovel to deal damage up-close. We won’t recommend you using this as your main; it’s essentially the default fists in Doom. 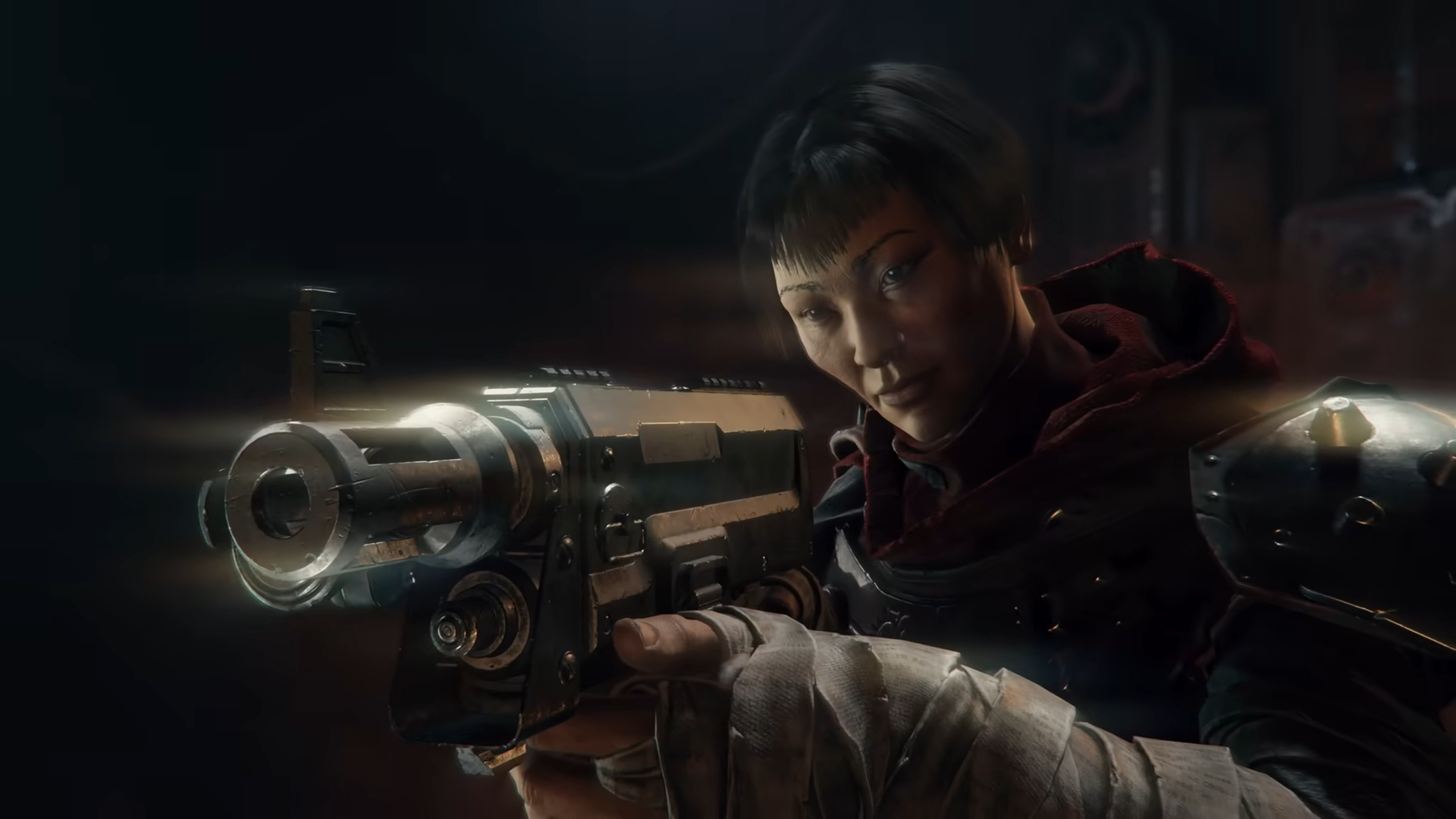 FPS Archetype: Melee damage. Kills things up-close and fast. Has ranged weapons too, but considered a jack-of-all-trades DPS class but focused on melee.

The Zealot’s main ability is Chastise the Wicked: they dash towards a targeted enemy, replenishing 50% toughness and get a 25% melee buff in their next melee attack.

The Zealot’s aura is The Emperor’s Will, which raises toughness damage reduction by 7%. To complement that aura, the Zealot’s passive perks focus in increasing their max health, increasing melee attack speed, becoming temporarily invulnerable to any damage that’s considered a killing blow.

The Zealot has Stun Grenades to temporarily halt all enemies within its blast radius. This support tool is perfect for prepping up for a melee kill, or letting your Veteran of Orgryn take the kill. It’s a team game; sharing is caring. 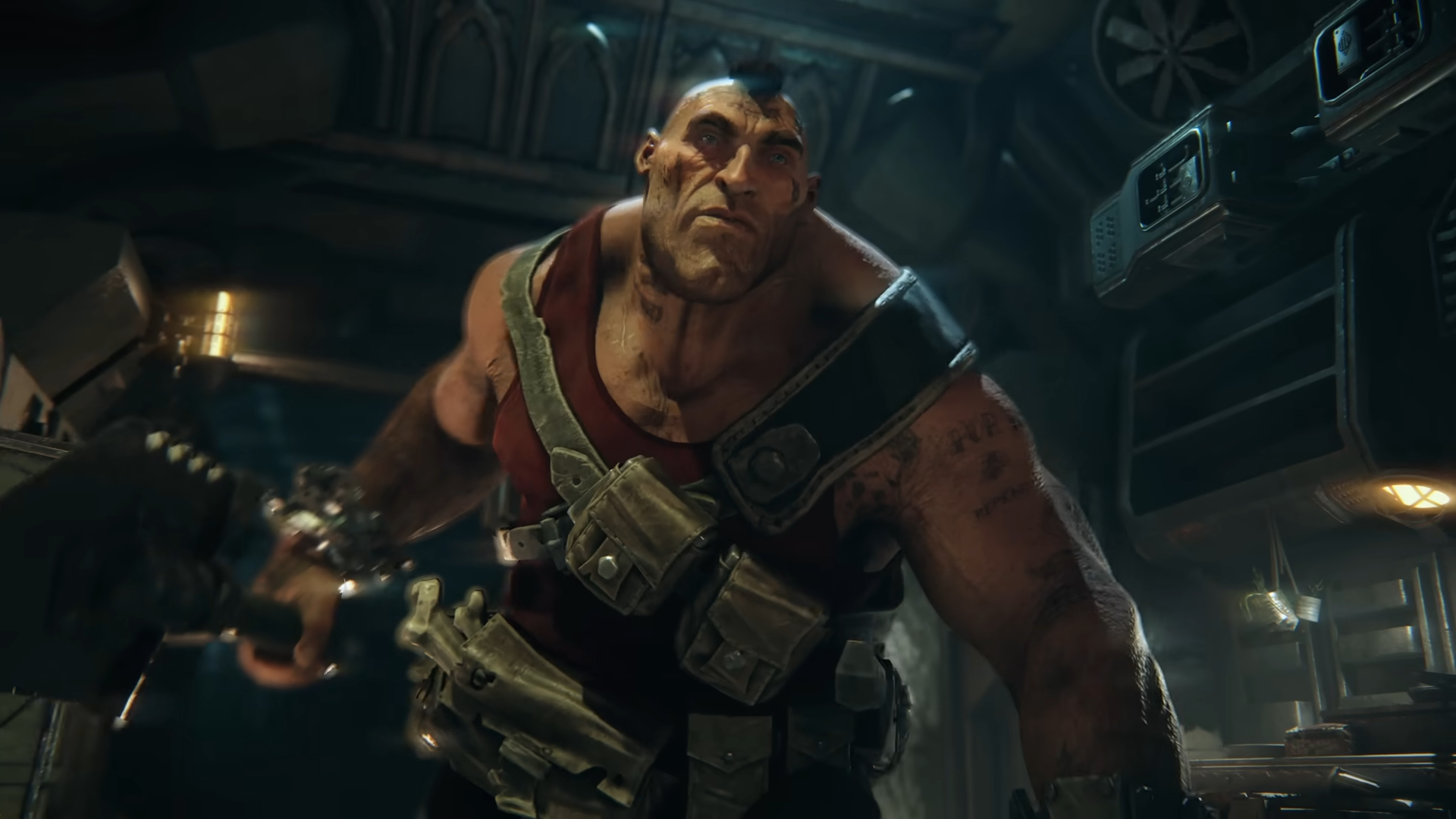 FPS Archetype: Tank, bruiser. He takes all damage and acts as the team shield.

The literal meatshields of your squad, the Ogryn will bruise foes and take most of the hits for your team.

The Ogryn’s aura ability will give an additional 10% heavy melee attack damage all around. Other passives include getting an additional 25% melee stagger that activates when you hit an enemy with your attacks, as well as 20% total damage reduction and 20% health damage reduction. Ogryns are immune to interruptions when hit as they’re reviving or assisting allies, so they’re not just pure bruisers and tanks. 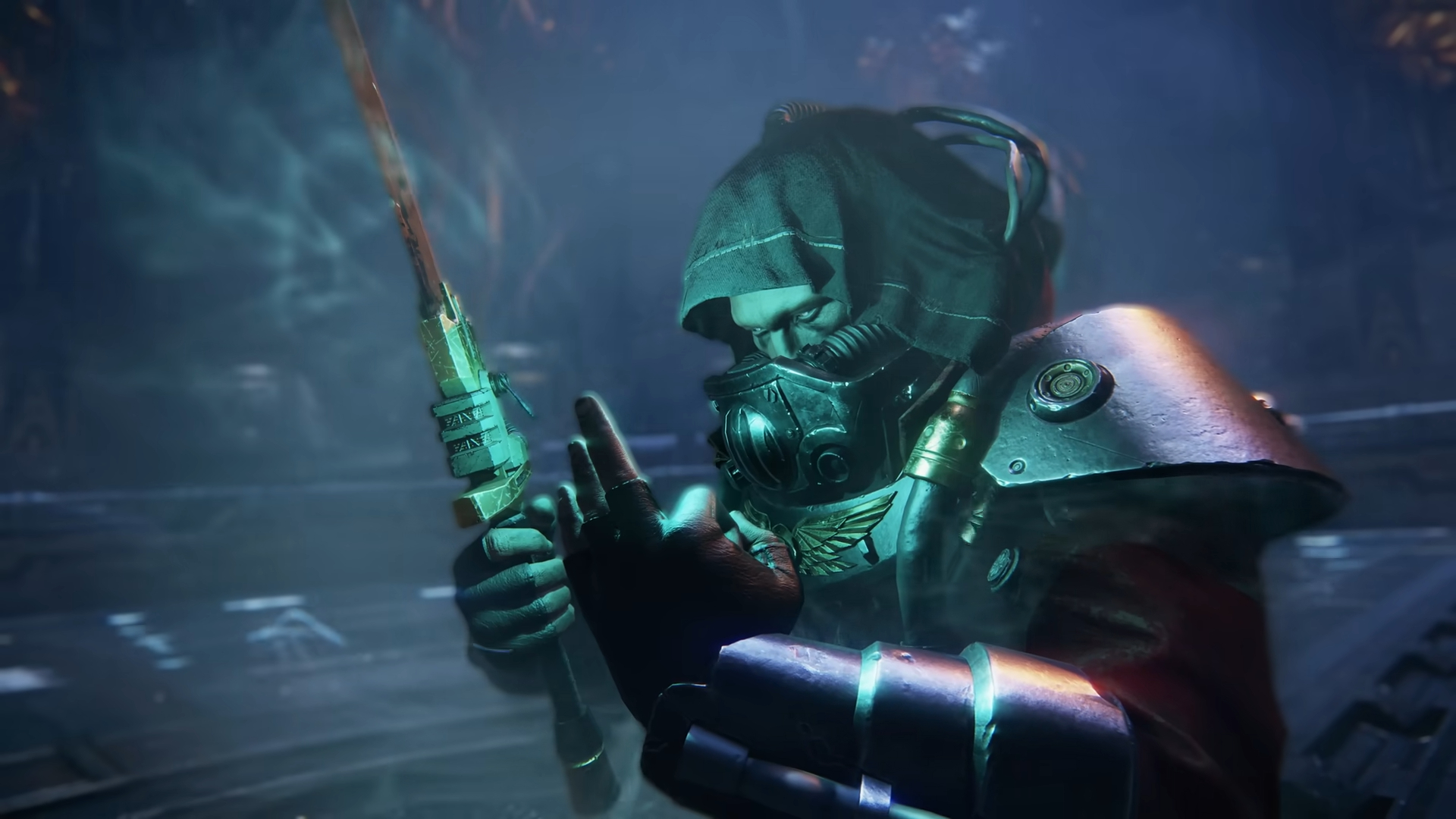 The Psykers use Force-imbued swords and staves as melee/ranged weapons. They also deal damage using Brain Burst; it targets enemies to hit and can be charged up for greater damage.

The Psyker’s Kinetic Presence aura will give the squad 10% additional damage dealt towards elite enemies. The Psyker’s main ability is Psykinetic’s Wrath, which uses 50% of accumulated Peril and staggers enemies in front of them.

The Psyker’s passives gives them a 10% chance to Quell 10% of Peril with every kill and earn Warp Charges for every enemy killed with Brain Burst. For every Warp Charge, the Psyker gets 3% damage buff for 25 seconds; this can stack up to four charges at a time.

Ubisoft has announced that new content for Tom Clancy’s The Division 2 will release on 12 May 2022. Season 9: Hidden Alliance along with a new PvE m...

Darkest Dungeon 2 goes back to the unforgiving and brutal turn-based combat gameplay of the first game, but shakes it up a bit. For one, part 2 is now...

Sad news for fans who are looking forward to the major fixes for CD Projekt's sci-fi RPG. Cyberpunk 2077's major 1.2 patch is delayed due to the re...