Courtesy of Sega and Relic Entertainment, we were given the opportunity to play a final preview of Company Of Heroes 3, an isometric real-time strategy title with a massive theatre of war set in the Mediterranean.

I managed to experience a few hours of the new Italian Dynamic Campaign, an expansive single-player experience featuring a brand new mechanic called the Dynamic Campaign Map. The Dynamic Campaign Map allows the player to command the entire war effort in Italy by managing a variety of ground, sea, and air forces with turn-based gameplay on a big map. It plays a lot like the Total War franchise’s grand campaign by Creative Assembly (which is also published by Sega). Maintaining supply lines, manoeuvring your forces, upgrading your army, and establishing intelligence networks are some of the strategic choices players must take. It feels a lot like a simpler and more streamlined or stripped version of the Total War grand campaign maps. 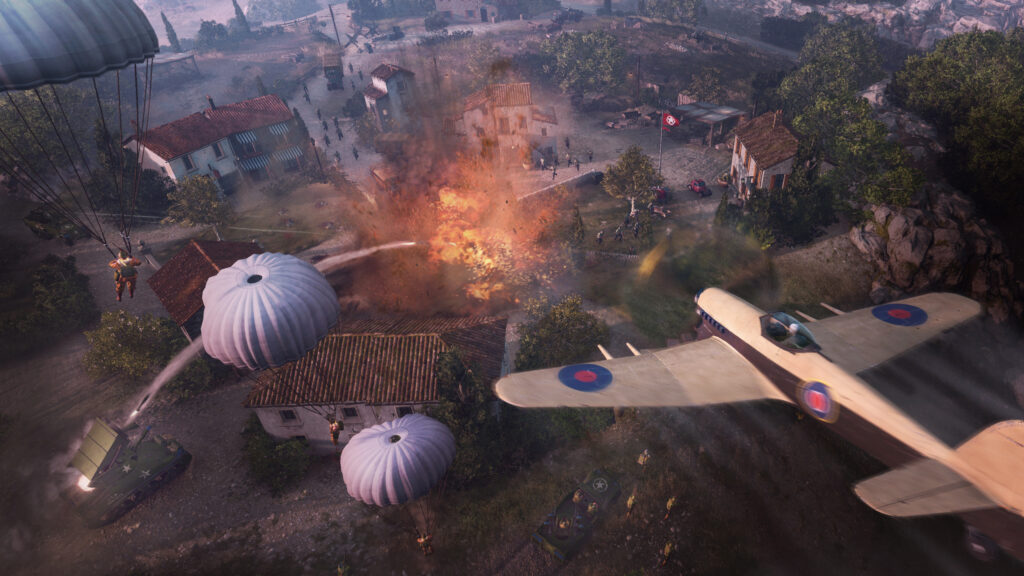 The narrative in the Italian Campaign’s Dynamic Campaign Map is delivered through dilemma-like interactions with three key sub-commanders. Buckram, Norton and Valenti. Ultimately the same major missions will be available to the player, but the story you craft will differ based on the decisions you make by choosing whose advice to take. This ensures that the story campaign feels less linear and more dynamic, hence the name of the new mode.

Of course, the franchise’s classic RTS gameplay is still a key part of the experience. From the Campaign Map, the player can engage in a bunch of RTS missions, from major set-piece battles to dynamically triggered pop-up missions, defend missions, and skirmishes. You will control both the American and British armies, but you will also so be able to use a range of international allies through Campaign Companies, such as the ferocious Gurkhas, or SSF commandos. 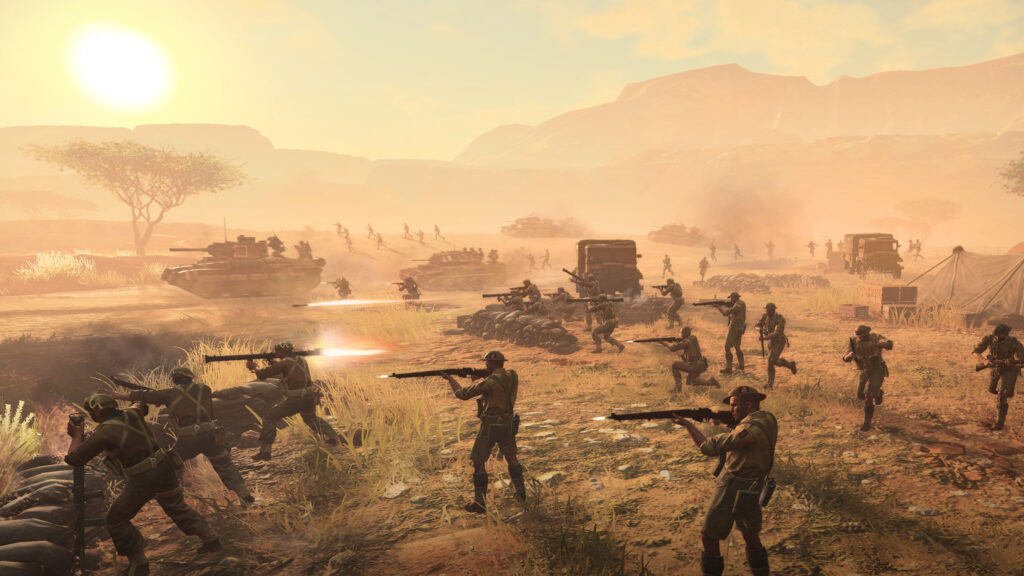 If you want a more linear and focused classic Company Of Heroes campaign, there’s the North African Operation, in which players will command the infamous Deutsches Afrikakorps, and receive instruction from the Desert Fox, Feldmarschall Erwin Rommel in the RTS missions themselves, as the DAK makes its push across North Africa in 1942. We played part of this in the previous preview.

One of the best new mechanics in Company Of Heroes 3 is the Full Tactical Pause, which allows players to pause and stop the action simply by pressing the spacebar, as well as issue multiple orders simultaneously and queue them. This new mechanic is a welcome addition and it’s a big help for newcomers like myself to get used to the fast-paced RTS gameplay in Company Of Heroes 3. Positioning of attacks is also important (a common theme in RTS games), where attacking tanks or vehicles at the rear or sides will result in increased penetration and damage. 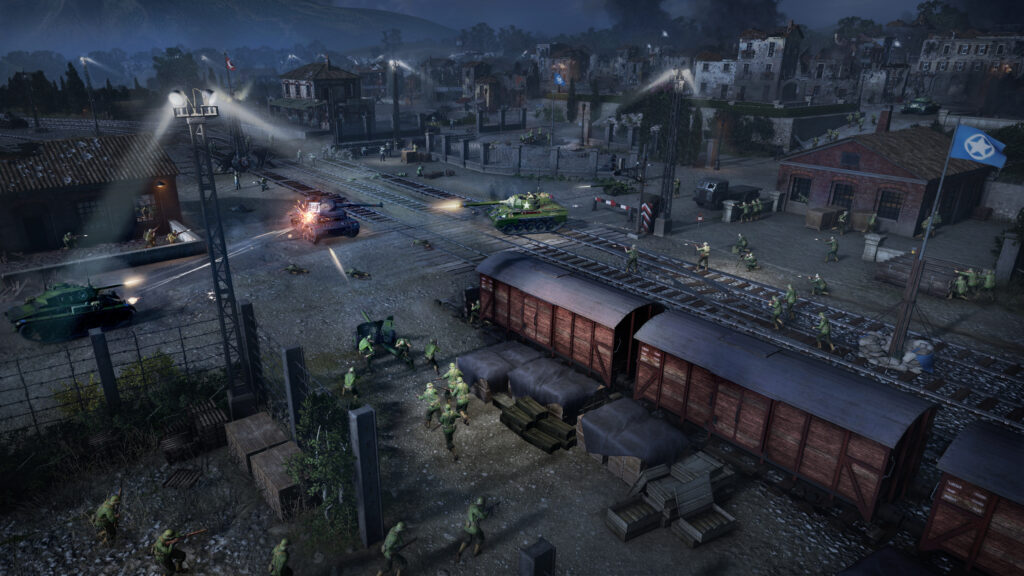 I did face a few issues, including several crashes while on the Dynamic Campaign Map. I really hope the launch build of the game will be more stable in this regard, as it’s a huge part of the gameplay. With all the new features and improvements, Company Of Heroes 3 looks like it’ll be a great jumping point for beginners and also an amazing title for veterans of the franchise to sink their teeth into.

Ubisoft has announced that for the first time in 25 years, a core Anno game is launching on consoles. With more than 2.5 million players, the fastest-...

News
Halo Infinite Gets Epic Trailer A Week Ahead Of Launch

Publisher Microsoft and developer 343 Industries have released a brand new Campaign launch trailer for Halo Infinite about a week before its upcoming ...

News
A Disco Elysium Prequel Might Be In The Works

A new Disco Elysium project is in the works, and it might turn out to be a prequel. At the time of writing, theÂ Disco Elysium websiteÂ has disap...