River City Girls 2 Is More 2D Beat-Em-Up RPG Goodness, Like It Or Not

2019’s River City Girls surprised everyone with its brand of humour, fun 2D beat-em-up action, lush pixel artwork, catchy music, and nods to the Kunio-kun and Double Dragon franchise. A couple more years later, we’re graced with the sequel’s presence which basically brings back more of the same action you know and are familiar with. However, it also adds enough to make you dying to revisit the colourful-yet-violent township that is River City. 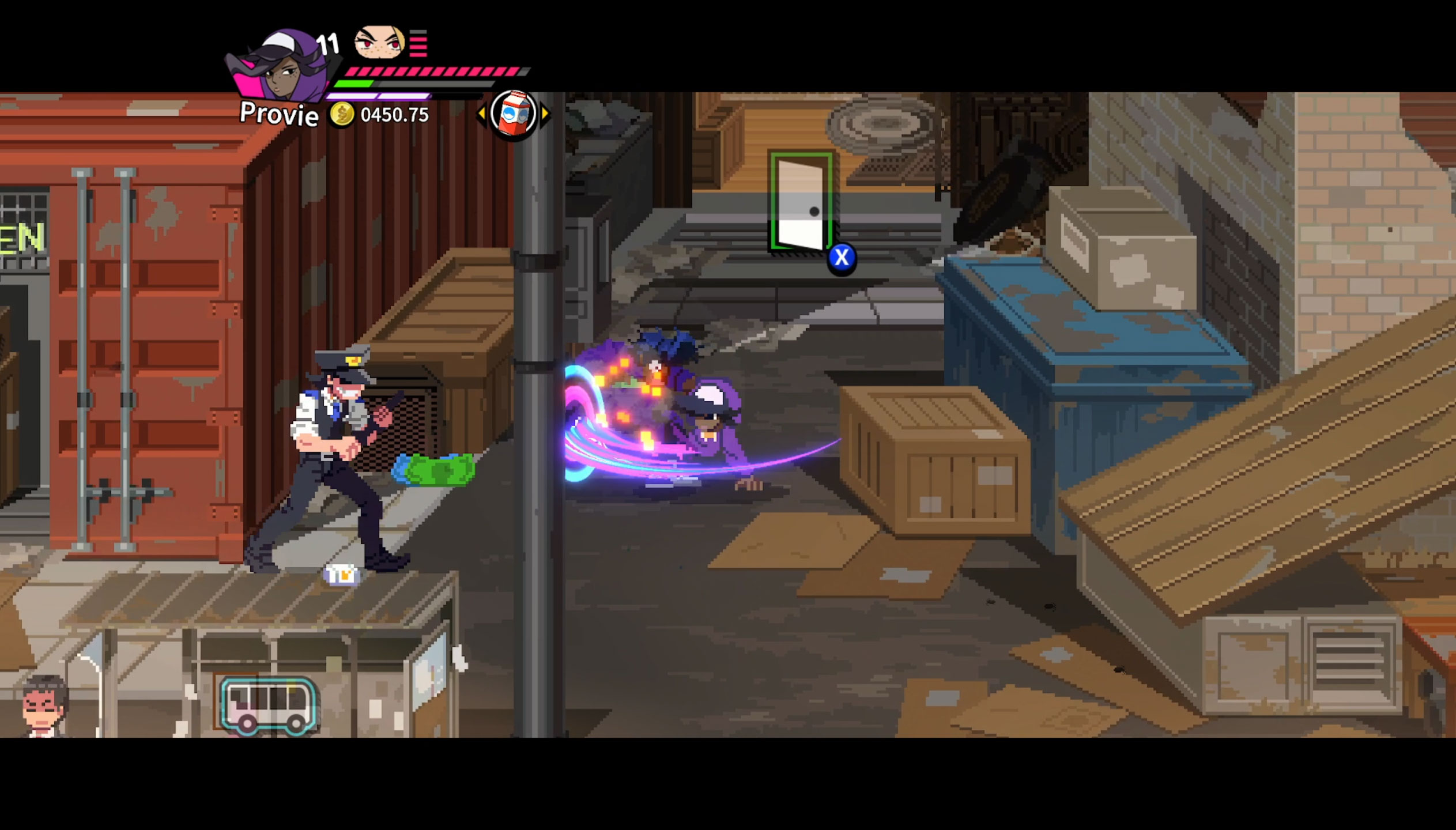 The plot of River City Girls 2 centres around violent schoolgirls Misako and Kyoko, who are expelled from their school after the yakuza gang, whose leader they disposed of in the last game, took over the city. So off they go after a 2-month hiatus, regaining their lost XP, relearning their moves, and beating the everlasting crap out of bad guys & yakuza members who are terrorizing River City. Keeping in spirit with the Kunio-kun titles, you can visit different shops to buy health items that boost your stats permanently and even purchase new moves from the Lee Brothers all across town. Oh, and also meet the plethora of weird and wacky denizens of the city, each of them entertaining you with their viewpoints and chatter.

The demonic duo is joined by their boyfriends Kunio and Riki, and also by veteran fighters Provie (from River City Underground) and Marian (from Double Dragon). Each of the six-person party has their own moves and skillsets once they’re unlocked in RPG fashion (ie: levelling up, and buying new moves with money from enemies). Kyoko has combos and multi-hit moves aplenty, while Misako hits hard but is fast enough to get a few hits in like with her Thor-like air charge. Dance-savvy Provie is fast and has breakdancing moves that chain easily, while the abs-laden Marian just hits things really hard and knocks down enemies fast with her power moves and big swings. Let’s not forget the guys who also have their own skillsets: Kunio has fiery moves and launchers aplenty while Riki has his “glamour ball projectile” to toy around with.

Next to how gorgeous & charismatic the animations are, there are enough tweaks and nuances that make each of the six controllable characters different enough to warrant different replays. Best of all, if you just focus on one character, the rest will at least catch up XP-wise and will only be a few levels below you. This means you don’t have to grind too much to level everyone else from scratch!

Speaking of well-meaning additions, new combat skills in the sequel include parries, sidesteps, and quick rises after eating a knockdown attack; three skills that are sorely needed from a defensive front. Thanks to these, the combat pacing is slightly faster and lets you solve the attrition-based beat-em-up tactics that swarm you. Quick getups let you mount a counterattack or escape quick, while sidesteps let you quickly move upwards or downwards to avoid oncoming horizontal charges and the likes. Parries are obviously riskier, but they reward you with faster recoveries on your end. Some items you can equip in the game actually buff your attacks tenfold if you’re diligent with parrying.

And for you nostalgia fans: If you’re looking for a 90s Technos beat-em-up love letter, you won’t find a more glorious example than River City Girls 2. The Kunio-kun and Double Dragon universes have combined to form one unique timeline featuring the Double Dragon’s ex-damsel in distress Marian going unga bunga on bad guys, to even a throwback to Super Dodgeball. In fact, there’s a literal stage called Technos Offices that features the then-alive company with its plethora of references from Double Dragon to even the Combatribes.

The game’s main structure of going to places and completing main story quests hasn’t changed much save for new enemies and even a bunch of minigames thrown in. That would be a death knell for some genres, but minigames do not wear out their welcome. They’re sparse enough to not break the RPGing and exploration flow. In fact, I do wish there was more Super Dodgeball gaming. 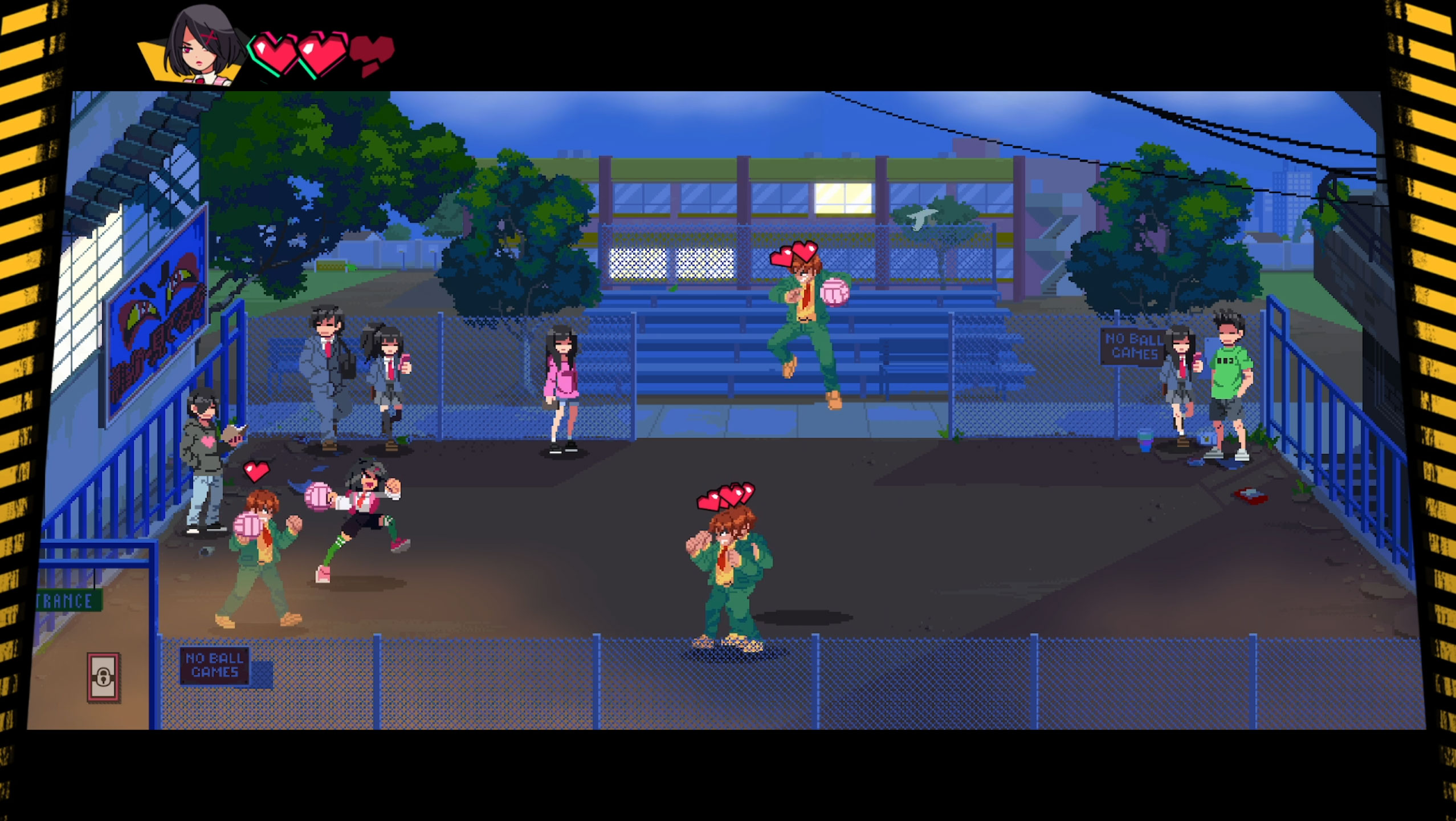 River City Girls 2 is also a game that’s better with friends. River City Girls 2 let you play co-op with four people on the same screen, which is what the series also needed. While I can’t say much about the online connection since the game isn’t out in public (thus no way to sort that out), at least the current option is as painless as humanly possible.

There are a few issues that stand in the way of this title: there’s not much challenge out of the bosses unless you bump up the default difficulty. Save for one fight that requires some platforming know-how and the final boss fight which is supposed to test your mettle, the rest of the capstone battles for each stage can be sorted by just packing health items, easy dodging, and patience. There’s also the game’s locked frame rate; I don’t remember the first River City Girls game moving this choppy. It’s not detrimental to the experience, but it is an odd choice. Hopefully, the WayForward devs can sort this out with a Day One patch.

Even with a step back or two in the tech department, River City Girls 2 adds more positive changes and upgrades to make it the de facto 2D RPG beat ’em up that’s fun with more people in tow. With some small-but-noteworthy 2D combat tweaks, a slew of minigames, and new fun characters to play as alongside new Megan McDuffee bangers, you’ll be glad to spend 10 hours in your River City holiday tour beating the crap out of everything and everyone. Unless you’re not a fan of this 2D style of gaming and RPGing, in which this sequel won’t change your mind. Granted, it’s more of the same, but it’s what you want out of a lush pixel retro-esque experience and then some. 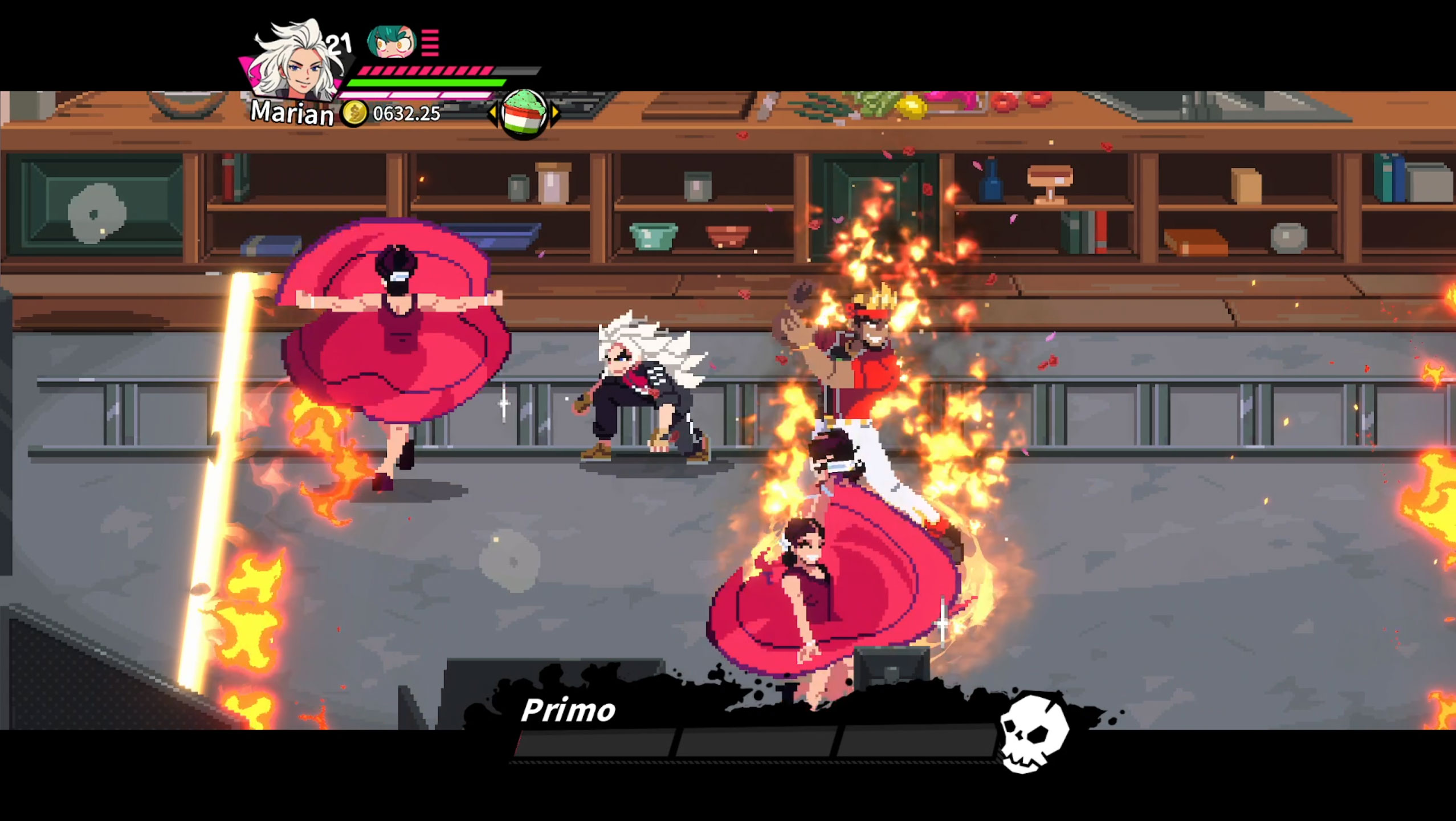 News
Why Kazuma Kiryu Is Not In Any Fighting Games

Fans have been clamouring for Yakuza franchise protagonist Kazuma Kiryu to appear or guest star as a playable character in a fighting game (especiall...

A while ago, A Space For The Unbound creator Mojiken Studio was in a bit of a pickle as their grant money was received by PQube and wasn't allocated f...

Reviews
Need A Good Retro 3D Platformer Fix For 2022? Frogun Is Not It

Platform(s): PC, Xbox One, PS4, Nintendo Switch Genre: 3D platformer with a grapple hook in the form of a frog's head on a gun The wave of 3D plat...