Trigun Stampede, a reboot of Yasuhiro Nightow’s Trigun franchise, premiered on 7 January, kicking off the Winter 2023 anime season. This is the first Trigun anime project since the animated film Trigun: Badlands Rumble, which was released in 2010.

Yasuhiro Nightow’s involvement in the Trigun Stampede project suggests that the author’s vision for the series is being closely followed. However, the new approach to the visuals, storyline and other aspects has been controversial among fans of the original series, which first aired in 1998. The main point of controversy is the animation style.

Anime fans have a sort of PTSD when it comes to CG anime, but many doubts were thwarted once people found it that studio Orange, the team behind the highly acclaimed Beastars series are the same team behind Trigun Stampede. Despite this, the first episode of Trigun Stampede is promising and should not be missed during the current anime season. However, some long-time fans may struggle to adjust to the changes. 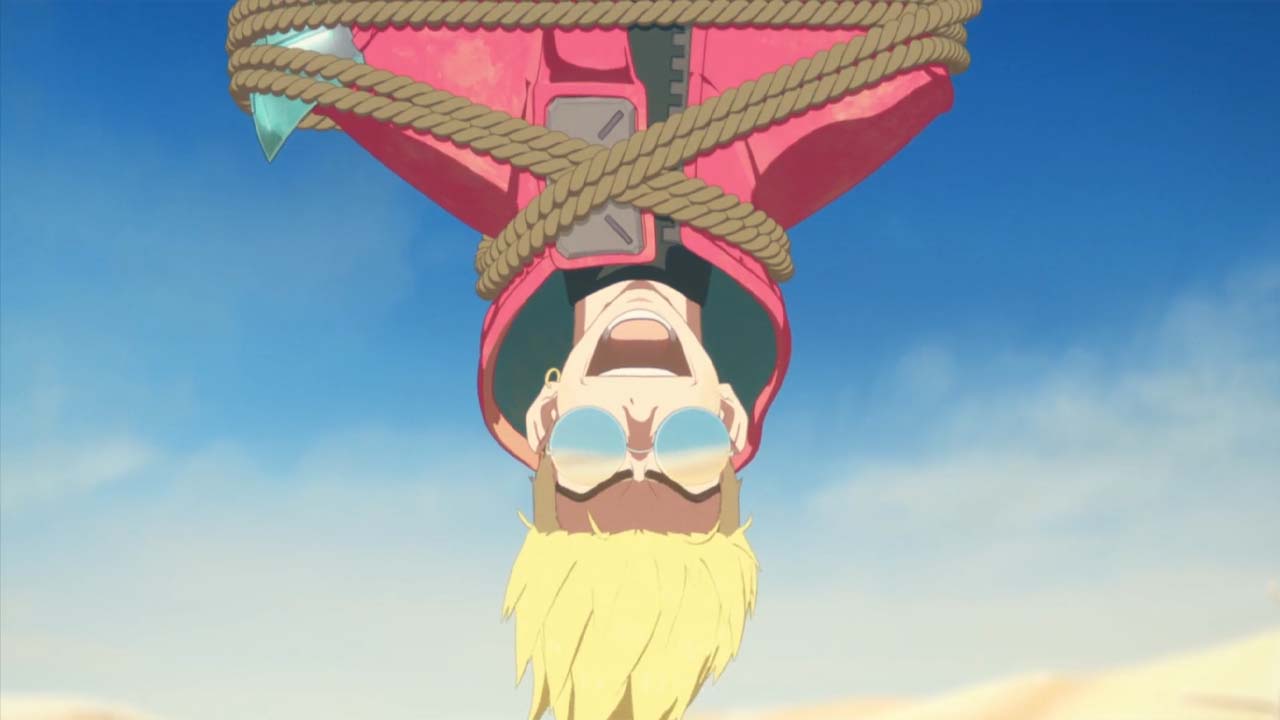 The Trigun Stampede anime begins by showing a spaceship travelling through space, with two blonde-haired twin boys and a young woman on board. Fans of the original Trigun series will quickly recognize the significance of seeing a young Vash The Stampede and a glimpse into his past. This new series aims to develop Vash’s character and bring him into conflict with his brother, Knives Millions, in a way that the original series did not.

The scene then shifts to Vash talking to the cryogenically frozen bodies of the ship’s crew, before hearing the sound of a missile or artillery impact. As the ship catches fire, Vash tries to find his brother and their guardian, but instead finds them trying to evacuate the burning vessel. They land on a mysterious planet, but the series then introduces its true main character in the following scenes, and we do not see what happens to the twin boys in spacesuits marked with the iconography of an organization known as SEEDS. 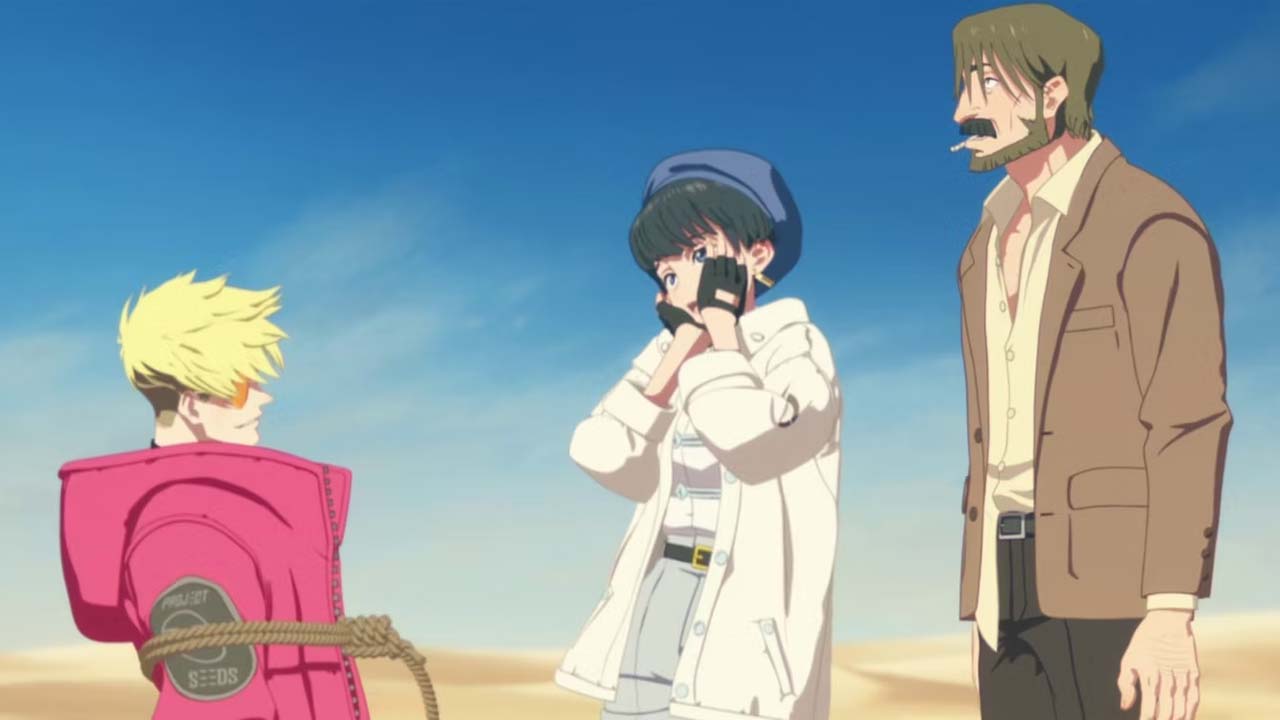 In the future, a journalist named Meryl Stryfe is on the hunt for one of the most notorious criminals in history, Vash The Stampede, also known as “The Humanoid Typhoon.” With a bounty of 60 billion double dollars on his head, anyone who captures him will be set for life. Meryl is accompanied by her jaded senior, Roberto De Niro, who is more interested in drinking and criticizing Meryl.

On the planet of Noman’s Land, conditions are harsh and only the strong survive. Meryl discovers this when she comes across three dead bodies hanging upside down in the desert. One of them is still alive and asks for her help.

Soon after, police officers searching for Vash arrive and ask Meryl and De Niro about the man they just helped down from a trap. Meryl sends them in the opposite direction, as the man does not fit the description of a vicious criminal. Despite this, Meryl and De Niro decide to take him along with them. When they stop to get water at a nearby establishment, the owner is initially hostile but becomes more welcoming when she sees Vash, as he is considered a hero in the small town.

The water Meryl ordered arrives in an unsettling shade of brown, and the owner reveals that the town has been having issues with their water purification. Vash offers to help, displaying his caring and helpful nature. 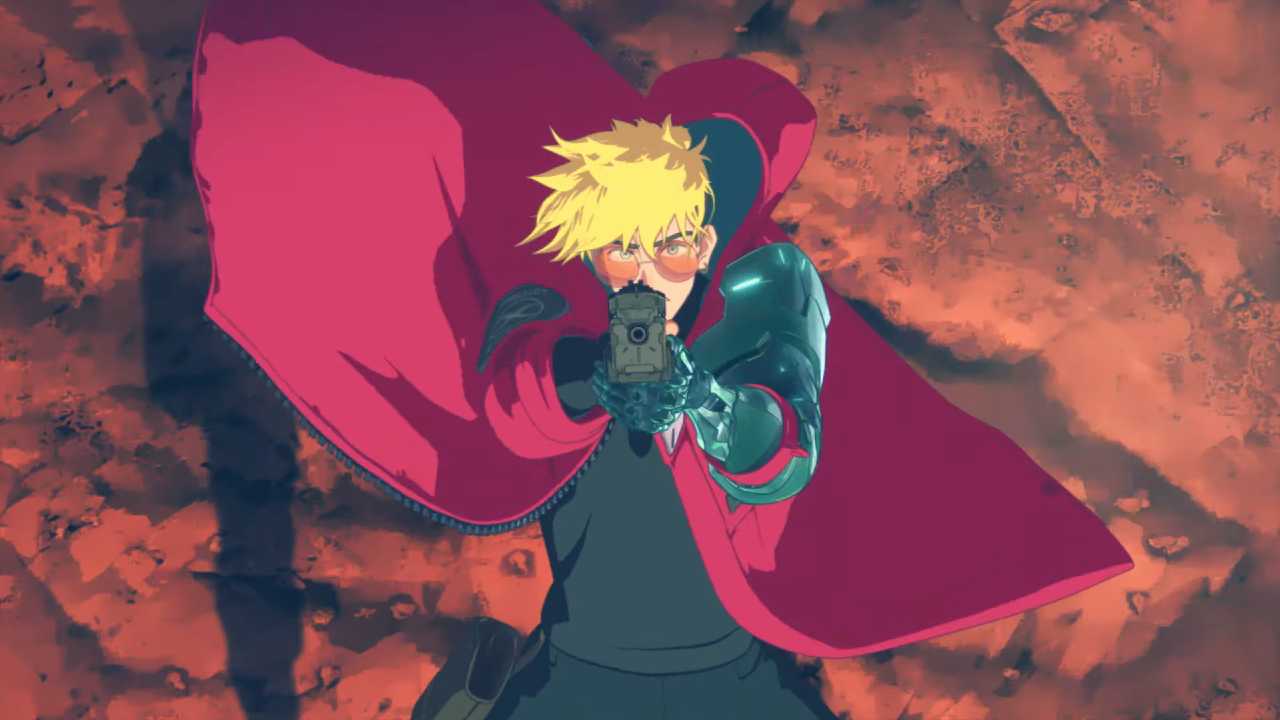 At the same time, the police officers from the earlier raid the bar, using violence to subdue Vash despite him being unarmed. They are about to take him away, but De Niro, who is drunk, gets into the lead police officer’s head, using the brutality he and his men inflicted upon an unarmed man as the inroads he needed. He drunkenly suggests that Vash and his pursuer engage in a no-holds-barred duel, with the winner taking all. The police officer uses underhanded methods like giving Vash an unloaded gun and threatening the people in the area with a missile launcher.

The climax of the episode is when the missile splits into multiple and despite his hilarious begging and pleading, Vash is only able to get his hands on a single bullet thanks to Meryl, but those who know Trigun know that a single bullet for Vash The Stampede is all he needs. The officer fires a highly accurate round at the bullet just as Vash is about to catch it, creating a scramble for the bullet that allows Studio Orange to show off its ability to create intense, dynamic scenes. Vash uses his metal arm to grab a huge chunk of rock before throwing it upwards and blasting at his new, singular target.

The resulting debris manages to knock each of the missiles off course and cause them to explode, creating a scene almost as dazzling as the destruction of the ship in the episode’s initial stages, but also reminiscent of something else: the first sight Vash saw after crash-landing on this forsaken planet – towering flames surrounding a huge natural pillar upon which his brother stood, staring at the countless shooting stars making their descent at that moment. His brother stood there, laughing. 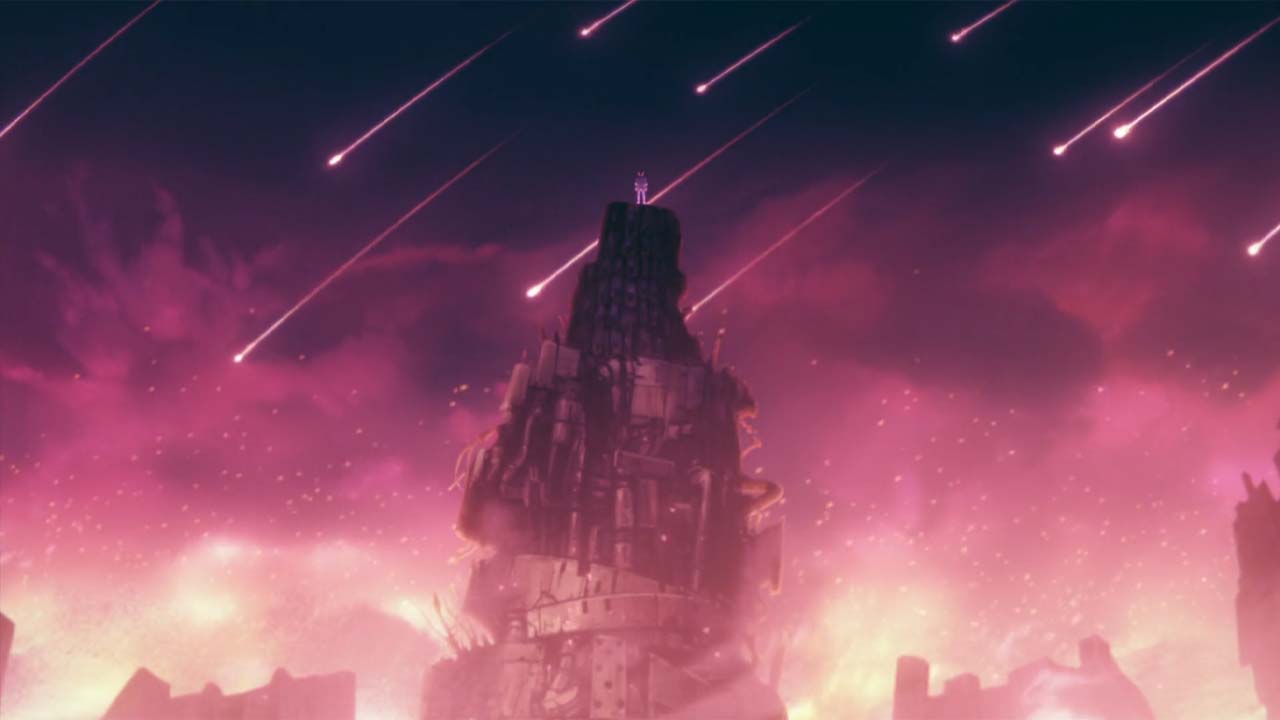 After Vash saves the town again, Meryl and De Niro are shocked that they are still alive. Meryl, despite seeing Vash’s incredible gunmanship, still cannot see him as the notorious criminal they have been looking for, but her intuition is telling her otherwise.

Vash tries to conceal his identity by claiming that his heroic actions and intense fight against the police were simply due to his immense luck. The first episode ends in an interesting place, introducing Vash and showing various aspects of his character that were not immediately revealed in the original anime.

The combination of great visuals, highly expressive characters and the setup of Vash and his brother, Knives Millions as polar opposites, makes Trigun Stampede episode 1 a big departure from the approach taken in the original Trigun anime, but it is an approach that is definitely worth checking out whether you are a long-time fan or new to the franchise.

Digimon Adventure Last Evolution Kizuna was originally supposed to premiere in Malaysian cinemas earlier this year, but it was delayed due to cinemas ...

Reviews
Arcane: League of Legends Wraps Up On An Explosive Note

Riot Games has started the month of November with a heckuva Netflix showing, as the first few episodes of its spin-off TV show Arcane: League of Legen...