What is the purpose of this FAQ?
It’s to set the record straight about this game, and whether the current hate it’s getting is justified. Which personally it isn’t, but it’s hard to convince people who aren’t open to a concept of not judging a game when they haven’t’ even played it yet.

How is God of War?Â
It’s effin’ brilliant! Check out our glowing review of the game.Â

Do you need to play the past games to get into this one?Â
No, although if you did, more power to you. The game’s story is told in a way that yes, there were some past stuff that happened to Kratos, but it’s done in a way that you can go into it blind.

Does it still feel like God of War?
If you think a God of War game includes fun combat, a gorgeous world, and big moments, then yes! If you want it to feel like the previous fixed camera and over-the-top nonsense pasts games, there’s always the God of War HD collection.

Does this God of War shy away from the gore?Â
Hell no. We even winced at some of the death animations Kratos pulled off during my playthrough. It won’t top God of War III’s excessiveness though.

Is the story good?Â
Yes, it is. Without spoiling it any further, we liked how the journey bonds both Kratos and Atreus on an emotional level.

Are there any changes to the control scheme from the previous God of War games?
Yes. Instead of using the face buttons to attack, you now use the R1 and R2 to perform your light and heavy attacks respectively. L1 is to block/parry, and L2 is to go into aiming mode to chuck your axe.

Pressing Square will enable Atreus to fire arrows at where your reticule is targeting at. X is to dodge while the Triangle button recalls your axe. This never EVER gets old.

Perhaps the most important button is the down d-pad, which enables you to do a quick turn ala Resident Evil 4. Trust me; you’ll be using that button a lot.

What’s the major difference between playing it on the PS4 and PS4 Pro?
Resolution in graphics, among other things. While the game looks great on your regular PS4 in 1080p, the game looks slightly prettier on a 4K display when running on a PS4 Pro.

However, you can switch between Performance Mode and High-Resolution Mode for the latter. One gives you a frame rate that peaks at 60fps while the other dips slightly around 26fps but gives you the best in pixel count and rendering.

Does the camera now detract people from the action?
No, far from it. Personally, it actually enhances it and shows the visceral action up-close.

Do you spend a lot of time on a boat?
No. In fact, we think you spend less time on the boat than you do walking and jumping in-between realms.

Is Atreus a liability?
Far from it. This game is not one big long escort mission. Atreus can kick ass, and he is pretty damn powerful when you max out his skill tree. The game would be a hella lot harder without him. You need those exploding and stun arrows, son.

Can you customize Kratos and Atreus?
Sort of. The game features an equipment and crafting system where you bump up your levels by creating better armour for the both of them. While the simple and decent pieces of armour can be created by doing your regular story missions, you’ll need to dig deeper into the sidequests and other realms to get the better armour sets.

They will change bits and pieces of Kratos and Atreus’ look, but don’t expect them to have major changes like an afro on the OG God of War.

How long is the game?
Roughly between 25 to 30 hours, give or take. If you just focus on the main storyline, you’ll clock in at 25 hours or less. If you decide to play through the sidequests and the extra dungeons like the Nifelheim and Muspelheim sections, your playtime can balloon up to 30 and beyond.

So what’s the problem?
People who haven’t played the game yet are (a) calling the game a mistake and (b) declaring that it is not sticking true to the God of War series. 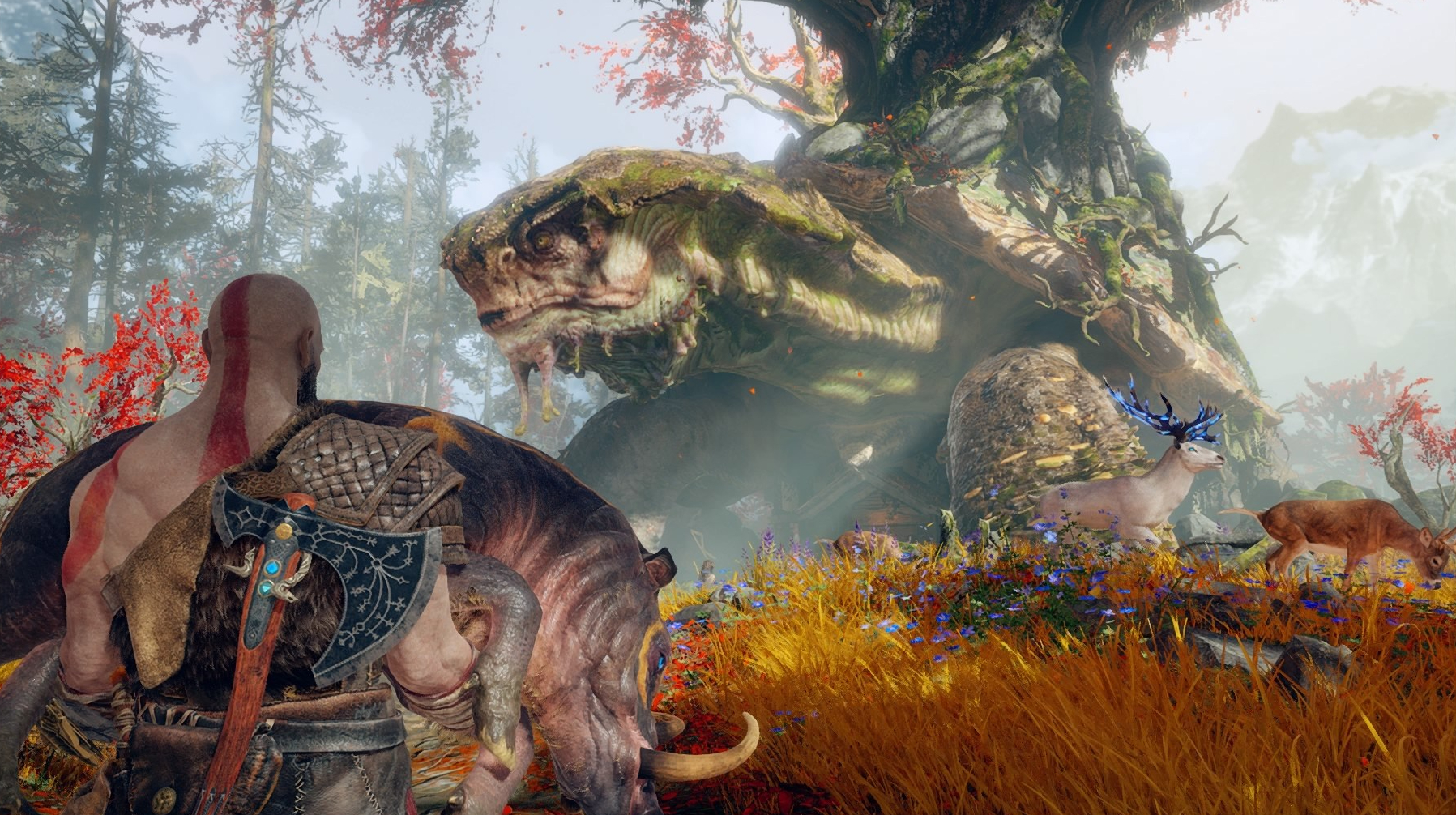 No, you don’t get to fight that.

Is there any proof to dispel point (a)?
Yes. It’s a tried and true method of “wait until the game comes out, then play it for yourself, you basement dweller”. Another method includes “check out some guy streaming it on YouTube on the game’s release date itself then make your choice.” The last method is “check your trusted reviewer site and believe in him/her because they’re paid to do their jobs well.”

How about point (b)?
We have mentioned before that the current God of War director Corey Barlog has been working on the series since the first game. The combat designers too; they’ve been around since the first game. If anything, it wouldn’t be in their best interest to make a God of War game that feels totally different and mechanically different.

So really, it’s a clear case of people judging the game before it’s out?
Pretty much. Even Corey Barlog had something to say last year about it:

“Just a lot of people were very doubtful of what we were going to do. â€˜This is not God of War, this is going to fall flat, this is really bad.â€™ I said, â€˜Look, I believe in this and if it falls flat, it falls flat, Iâ€™m just going to be fully leaping off the cliff.â€™

Itâ€™s not like I begrudge them for having that fear because they are very worried that no oneâ€™s going to get this and everyone is going to think that this was just ill-advised. But I think that E3 2016 demo bolstered everybody and ignited their spirit and enthusiasm. I watched some reaction videos and a lot of people had the reaction I was hoping for, which was like, â€˜Oh my god, thatâ€™s such an amazing boss andâ€¦oh wait, that guyâ€™s going to help youâ€¦what?â€™

What I find fascinating about all of this is really not just playing to whatâ€™s expected, but to always give everybody something to think about while theyâ€™re walking away.”

But I really don’t like where this new series is going.
There’s always the God of War HD Collection if you want to go back to the past.

No, I want a new God of War with the fixed camera and the OTT ultraviolence. Waah.
Look, the team at Santa Monica are most likely sick of doing 4 of these games back in the day, so they probably wanted to try something new with a series they know so well. Hence the 5-year development time.

Are you schilling for Sony?
God no. In fact, I’ve used this same kind of FAQ to set the record straight on how mediocre the Killzone series was back in my GameAxis days.

Last question: is there a new game plus?
Nope. And if you’re thinking of playing God of War mode with your equipment intact, you are sorely mistaken, friend. At the very least, there are a lot of things to do post-ending to occupy your time. 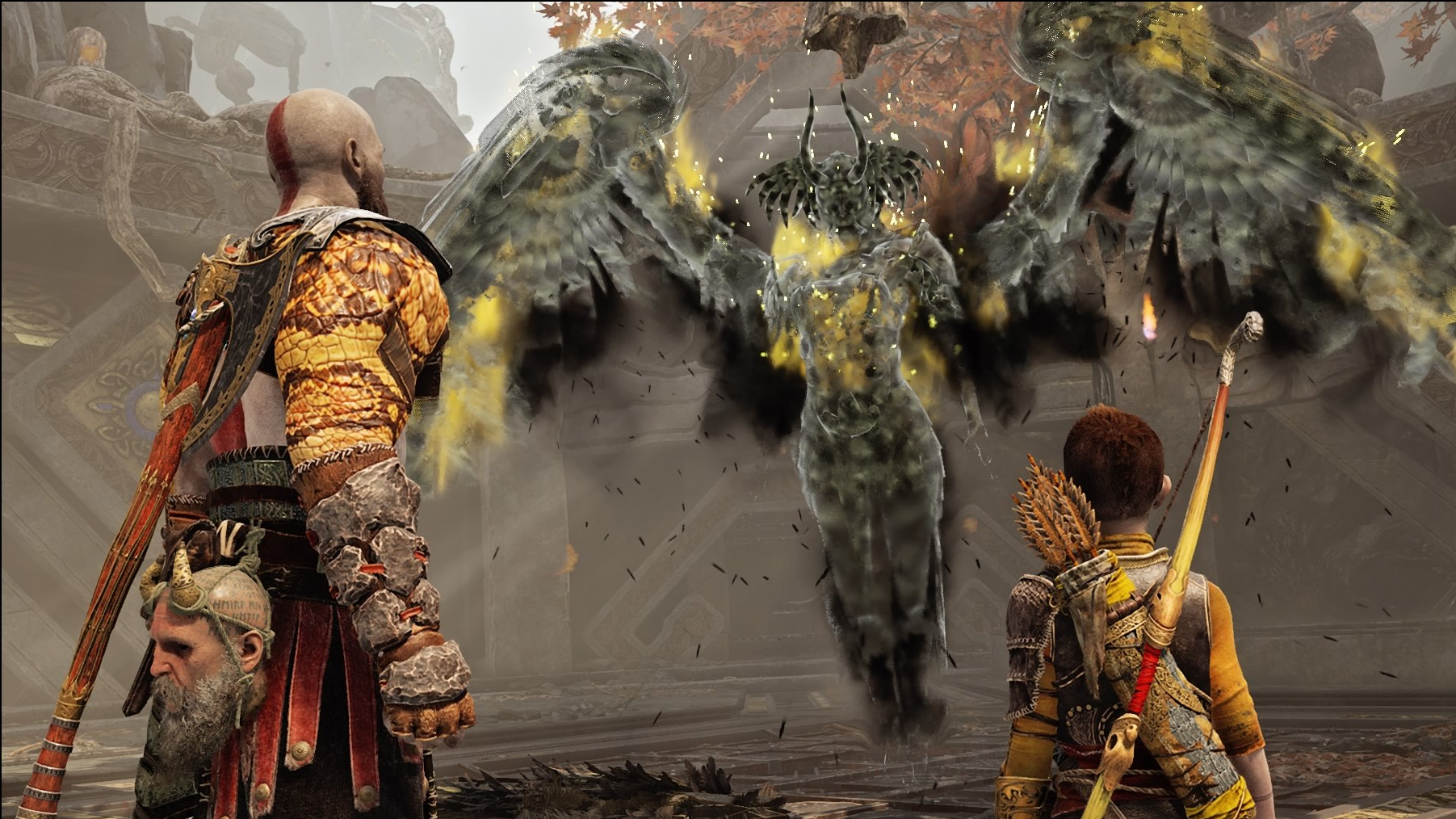 You also fight that. And she’s (Val)hella tough.

Special thanks to our readers who PM’ed/DM’ed their questions over to us!

Outerloop Games has announced the release date for their new game, Falcon Age. It will feature optional PlayStation VR support, so that means gamers w...

It may not seem like such a big deal at first, but this new Marvel's Spider-Man Miles Morales clip showcases Miles' swinging presumably at the beginn...

Leave a Reply to Eat Chicken Wings – Win a PS4 Console Or Even Fly to E3! – KAKUCHOPUREI.COM Cancel reply