Crypto currency is easily the buzzword nowadays and now have the gaming scene in its sights. But how does these two, seemingly very differing worlds merge? We spoke toÂ Christian Szymanski,Â Co-Founder and CMO of Stryking Entertainment GmbH who shed some light to it. The German-based developer and operator of the Fantasy Sports platformÂ FootballÂ Stars alsoÂ just recentlyÂ announced the introduction of its ownÂ Ethereum-based utility tokenÂ STRYKZ and we figured who better to ask for the lowdown of this whole thing.

Where do you see the crypto currency & blockchain technology in regards to the games scene a couple years down the road?

We have already seen the first ICOs from the gaming scene with Unikoin, Enjin or the upcoming Kinguin ICO. The big question is how developers will implement a crypto currency into their game and what the aim of the implementation is. If the token is only used for financing reasons, then crowdfunding appears to be the better solution. A great opportunity of crypto currencies is the ability to reward the community of a game and give something back with real value.

Pairing up with the Bundesliga is a huge deal – any chances of integrating with not only other football leagues, but other sports as well? (NBA/ NFL)

Certainly! From a technical point of view, adding new sports to Football-Stars is straightforward: The same core mechanics can easily be adapted to other sports. But right now, our main focus is on football. While the fantasy sports game providers for American Football, Baseball or Basketball are already huge players in the North American market, the European market is still underdeveloped while the Asian market has just started to grow.

This provides us with many opportunities to grow in these markets and address the whole football fanbase before moving on. There are many sports which are not yet addressed by fantasy sports games, all with bigger fan bases than American sports. After football, the next most popular sport is cricket with about 2.5 billion fans globally. Additionally, tennis, golf, rugby and Formula 1 have huge fan bases around the world. We are looking forward to integrating a wider variety of sports in Football-Stars. Letâ€™s see which one we will pick first! 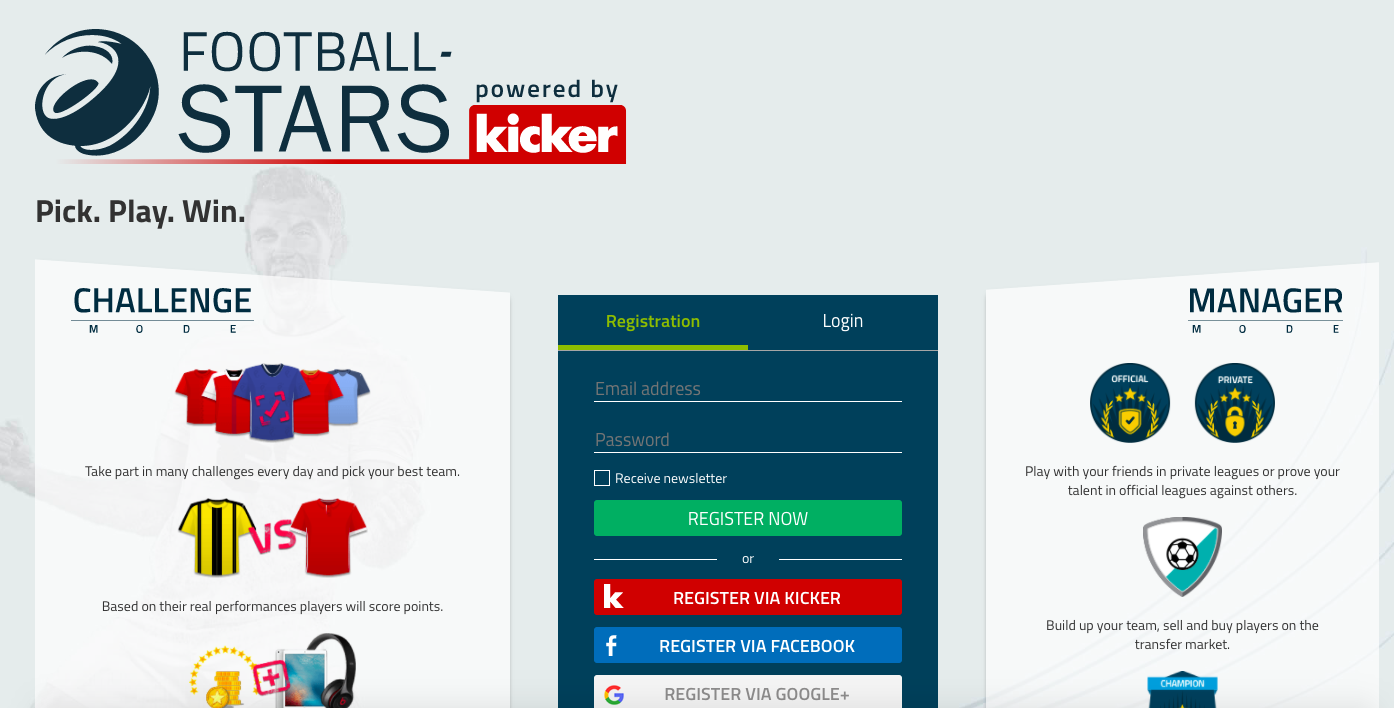 There are multiple avenues to play Fantasy Football (Fantasy.premierleague , ESPN, etc) – what separates football-stars.com from the others (apart from its technology) that will entice first-time players?

The Stryking team has a background in gaming, therefore our approach is different from most of our competitors which are coming from the betting and gambling industry. In Football-Stars, users can play both the classic season-long mode as well as exciting daily challenges, which are based on real matches from all European top leagues as well as Champions League, Europe League and national team matches. With an outstanding meta-game, Football-Stars can entertain users in the long run. Regardless of whether they lose or win a challenge, users will earn experience points and climb up the levelling system.

Along the way, they can unlock cool achievements, which provide features such as new user titles, additional profile pictures or in-game currency. While most other daily fantasy platforms rely on a cash-in cash-out model, Stryking has intentionally taken another approach. The free-to-play monetisation and retention model makes Football-Stars stand out in the Daily Fantasy Sports universe. And we will now even take it a step further by introducing our own crypto-currency STRYKZ in order to reward those users who contribute to the platform. This will turn Football-Stars into the first, and only, user-centric fantasy sports platform.

Which country is your main focus, especially in the SEA region, why and what is your next step?

The SEA region as a market is highly interesting for Football-Stars. There are lots of football enthusiasts who follow the European leagues and are fans of the European clubs. But managing these markets from Europe with the local characteristics, languages, time difference etc. is very difficult. In our home market, we have partnered up with Germanyâ€™s biggest football website â€œKickerâ€.

Football fans visit the website daily to get information about their favourite teams. Our approach for new markets is the same: We are looking for partners where potential users of our platform already spend their time. We can provide and operate the game, manage the content and take care of the development while the partner is responsible for promoting the game to new users. We are in active discussions with potential partners in different Asian markets and hope that we will be ready to launch our platform there soon.

Named as one of the Top 50 Most Innovative Startups by the HYPE Foundation, they were also chosen as a 2017 Red Herring Top 100 Europe Winner. For more info, you can head on over to their official website hereÂ Â and can register for the Fantasy Football competition here.Â

It's been almost a year since the hit online RPG Genshin Impact has been out. The game is now on its 1.6 update and features a ton of colourful charac...

Feature
How The New Hero Reworks Affect the Overwatch Meta

Huge changes dropped for Overwatch yesterday, most notably Symmetra's full kit overhaul as well as several other heroes' Ultimate rework. For those wh...

A few days back, two new Overwatch League franchises, Toronto Defiant and Atlanta Reign unveiled their official names and colors. Many would point out...