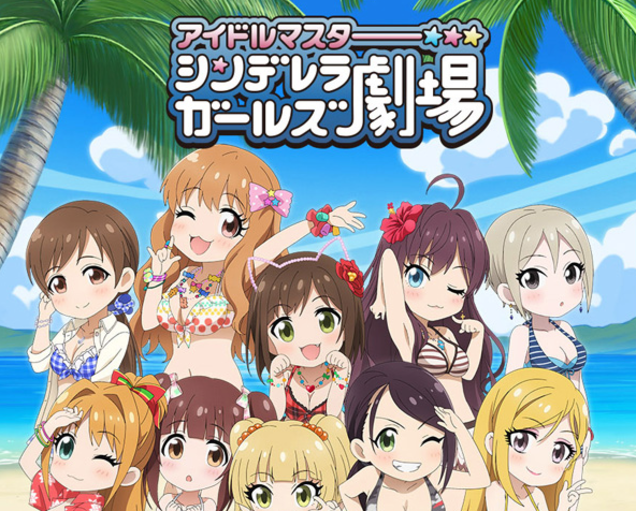 Another season from the Gregorian calendar, another bunch of anime you should tune into. Just like last time, we’ll be listing down the standout shows for the next four months.

Keep in mind that the release dates are for Japan broadcasting, so you’ll have to figure out how to stream all these new animes on your own.

What’s It About? Let’s start with our top pick: a slice-of-life show about a young arcade gamer whose life turns upside-down when a new girl who has a huge love for video games enter his territory. Features renditions of classic games like Final Fight, the first Street Fighter, and even goddamn Splatterhouse. Out 13 July.

Bonus: Yoko “Kingdom Hearts OST” Shimomura is doing the music for this anime.

What’s It About? MALAYSIA REJOICE! There is finally a goddamn sports anime about our country’s beloved sport: Badminton! I will be very disappointed if the final team these girls face in the obligatory final season aren’t from our country.

I’ll accept team China or team South Korea though. The first episode is out now.

What’s It About? A story of two dancers and how they got famous. One of them has a deep dark secret regarding her talents. It’s like a Black Swan anime, but lighter in tone and contrast. Slated for a 9 July release.

100 Sleeping Princes & The Kingdom of Dreams

What’s It About? Animes based on mobile games aren’t new; you can now add this semi-obscure game about bishies and Wonderland tropes onto the list. The anime is about a king who must save these handsome sleeping princes from a dream-eating plague of sorts. It’s showing on 5 July.

What’s It About? Girls in bikinis battling it out over volleyball in Okinawa. Haruka and Kanata are your main girls in the sport, so expect to see some high-level volleyball action here. As you can tell from the many peculiar angles of the trailer here, I’m very sure people are watching this for the sport. Yep, really.

What’s It About? Exhibit No.#3424 on why anime is typecasted as that genre filled with schoolgirls that guys perv on about. In all seriousness, this show is about the daily life of idols made out of different anime tropes.

How NOT To Summon A Demon Lord

What’s It About? Another anime in the long line of “guys stuck in MMOs with virtual characters they befriended/made enemies with”. Only this time he’s stuck with two female avatars who are his slaves. This is classified as an “ecchi” title, so you know where this is going.

What’s It About? A group of vampire hunters team up to fight evil in 1930s Tokyo. It’s no Vampire Hunter D, but it’s just as imaginative. Expect this one to come out 13 July.

What To Expect From The Umbrella Academy Season 3

It'll be better if you put embed video instead of just link hehe :) anyway it's a good post, looking forward to watch Hanebad