Let’s Talk About The Best Soulcalibur Game Ever Made

When you bring up 3D weapon-based fighting games, the SoulCalibur series can’t be beaten. From its remarkably fast-paced gameplay to its baritone-laden announcer, it’s a franchise worth following if you so much have an inkling of love for good fighting games.

However, the tale of souls & swords that is eternally retold has its fans that can’t decide which is the better game: SoulCalibur or SoulCalibur II. Frankly speaking, there aren’t any wrong answers when it comes to choosing between the two.

Personally, it all boils down to context and personal experiences with the franchise.Â  From where I stand as a veteran fighting game nut, as someone who has seen fighting game franchises rise and fall (and rise again), I’d say the victor goes to Soulcalibur. 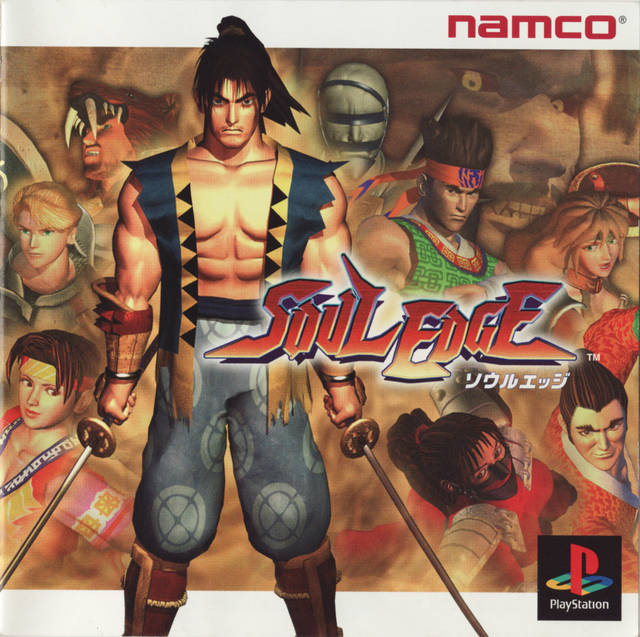 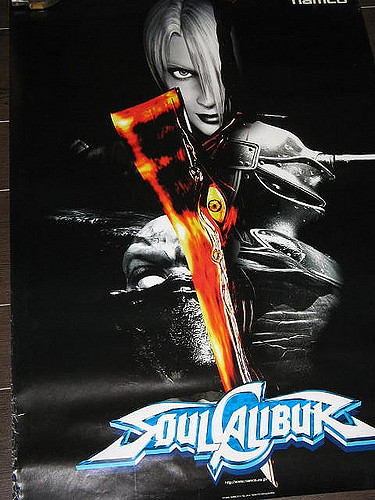 Let me bring you back to 1996; the time when PlayStation & its flagship PlayStation One console could do no wrong in being the new kid on the block. The kid who took Nintendo’s lunch money and gave it a blanket party with its other third-party pals like Namco (post-Bandai) and EA. Back in that year and the next few, 3D arcade games were being upstaged by their PlayStation ports. The best version of the first Tekken? It was on the PlayStation. 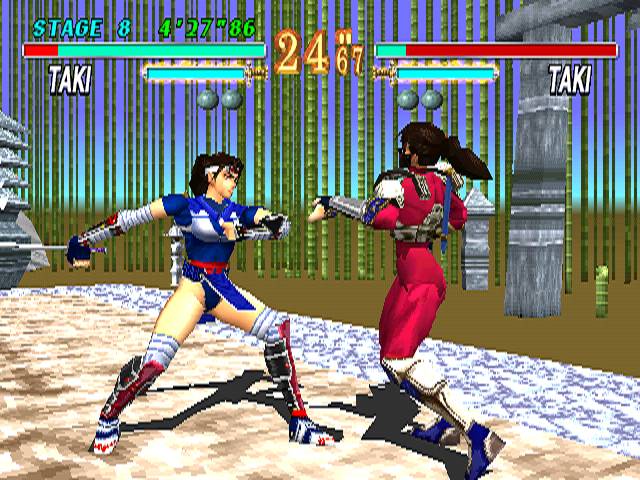 CD load times notwithstanding, you couldn’t find a better version of this 3D fighting game that tried to step out of the shadows of Virtua Fighter. And then at the same time, the PlayStation version of Soul Edge came out.

Soul Edge was the 3D answer to the Samurai Shodown series; just as SNK’s prized weapons-based game was at its fourth and last leg, it seemed serendipitous that a successor of sorts would take its place in the annals of FGC history.

Yeah, I am aware that Samurai Shodown had 3D iterations, but only the most hardcore would remember those games. Soul Edge introduced an all-new cast of characters ranging from Korean sword-spear wielders to valiant knights with giant broadswords to a Sicilian gimp with katar blades. Oh, and let’s not forget the obligatory samurai, ninja, pirate, and Greek sword-and-shield amazonian warrior.

Soul Edge was flashy, was full of high-end production value, and was running at 30fps. Not exactly the smoothest, but there was a shine of greatness within its combat mechanics. You can parry attacks with the Guard Impact, but you need to be spot-on with its execution lest you eat a broadsword to the face. You can sidestep and deal on-the-ground attacks on knocked-down foes, but movement still felt restricted. 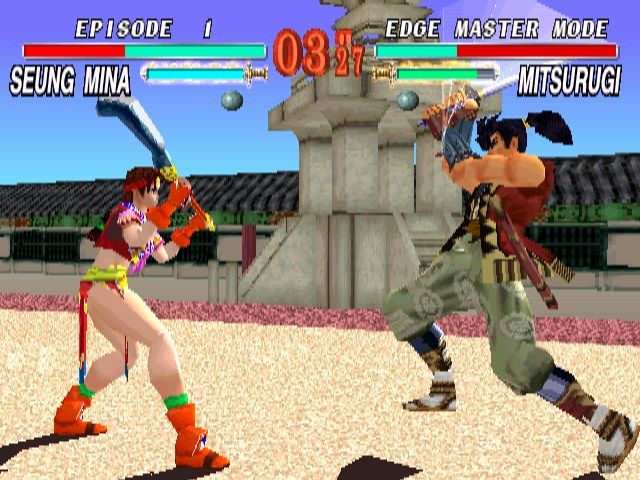 The orchestral music was a few steps below greatness. The PlayStation version had a semi-RPG campaign called Edge Master mode where each of the selectable characters had their own quests and varied fights with different stage conditions.

Soul Edge almost had it all, but it lacked an identity.Â There were a few key things missing to make this then-new series stand out. The game feels stuck in its “Tekken but swords” label.

At least until three years later when Namco decided to take another stab at it, so to speak.

Dream A Little Dream(cast) For Me

Most people would assume that graphics did not matter if gameplay was enough. But if you had both, if you had enough of a stellar production to turn heads of casual gamers, you would snatch that up, right? 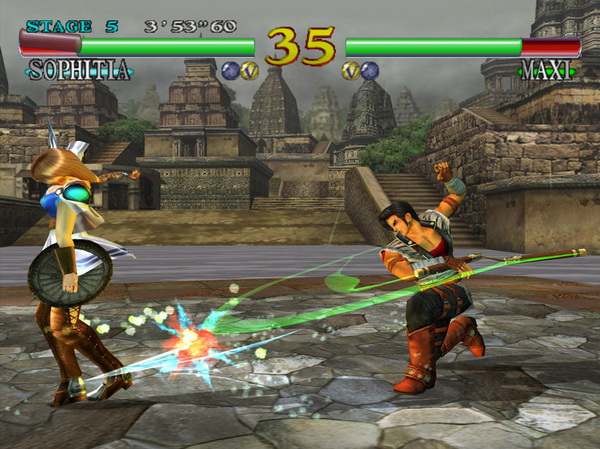 Soulcalibur was basically that in 1999, at least for a lot of console gamers. It was the debut 3D fighting game for the Sega Dreamcast. God bless that machine, it was so ahead of its time.Â Soulcalibur was a remarkably huge jump from Soul Edge in basically everything. The arcade boards & Sega’s Dreamcast wonder ran the game at 60fps in that year’s definition of HD (I believe it was VGA support at the time). It looked great too, with crystal clear high fidelity graphics and a refreshing aesthetic taking place in an alternate 16th century where magic swords and lizard people existed.

It also introduced the fighting game world to the wonders of the Eight Way Run system. Every character in the game can run and walk in 8-different directions while facing his/her opponent. This gives players not just a sense of freedom within the battlefield, but also opens up new moves, new tactics, and new styles of play for tournament-savvy fighters. The game also was forgiving with its inputs, moreso than with Tekken and Virtua Fighter’s strict inputs at the time. Lastly, the patented Guard Impact from Soul Edge was given an overhaul; players can now push back or redirect attacks to stun them.

Let’s not forget the new characters and their playing style. We have the tart-tastic Ivy Valentine who can give expert 3D fighting game fans a run for their money learning curve-wise. Nightmare was basically evil Siegfried with a few new tricks and stances. 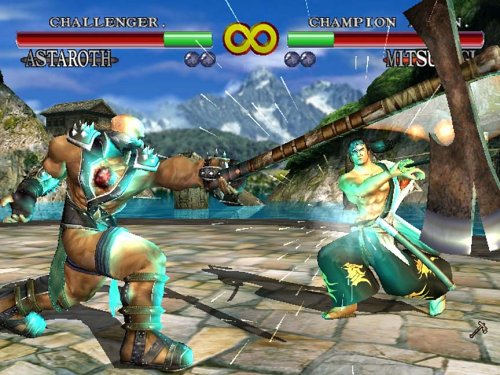 Xianghua and Kilik were great all-rounder characters with varied fighting styles associated with their weapons: the former had fast & feint-heavy sword attacks while the latter had mid-to-long range footsie tools galore with some up-close surprises. And Lizardman is just a treasure. Coupled with returning characters like Sophitia and Mitsurugi, and you have one heckuva roster to go along with your launch title fighting game.

It’s generally a ginormous improvement and fixer-upper, much like how The Dark Knight was leaps and bounds from Batman Begins. Whatever full scores it got from the mainstream press was well-deserved; this was a well-made fighting game.Â It was a necessary evolution that paved the Soulcalibur franchise to be a relevant staple in fighting game history.

One could say that it did too good of a job in setting the benchmark.

Sadly, its sequels did not live up to the magnitude of depth the first Soulcalibur brought to the table.

Did Namco/Bandai Namco do its best to keep the series’ momentum? Yes and no. For the most parts, the only other significant entries that placate its casual, midcore, and hardcore fanbase were Soulcalibur II and Soulcalibur IV.

Part II had guest characters and a more balanced and tournament-savvy design. Part IV had a whole bunch of new features, had refined gameplay, and Star Wars characters for some reason. 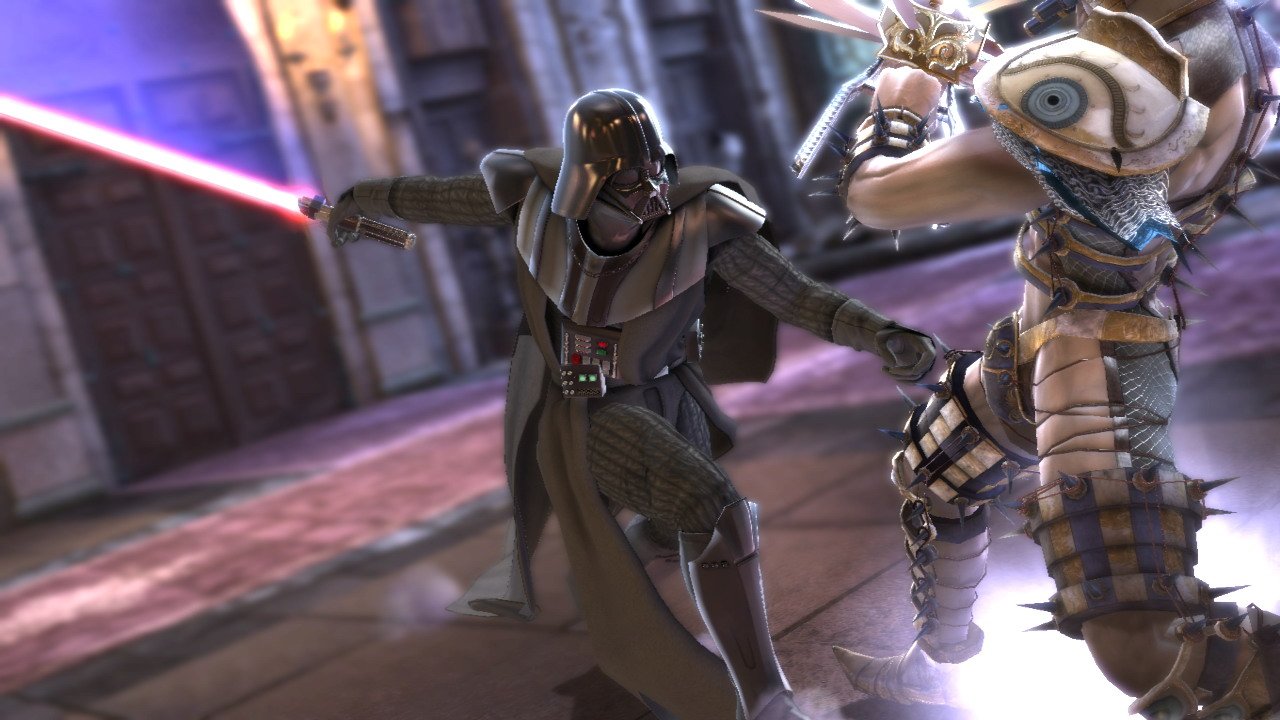 As for the rest? That’s easy to sum up: Soulcalibur III was broken (until the arcade edition came out) but at least it introduced a character creation mode and a decent Chronicles of the Sword mode. Soulcalibur V catered to tournament players while taking out everything else that made the game magical, and replaced it with a half-assed story mode.

It’s clear that during Soulcalibur V’s time in 2012 a lot of fighting game developers focused too much on its niche audience when it should be doing their due diligence and perform a balancing act. If the past Soulcalibur games can do it, why not Soulcalibur V?

Which brings us back to the present. With Soulcalibur VI coming out soon, Bandai Namco aims to blend in the old school story and trappings with new-school game design and fighting game engine fundamentals. 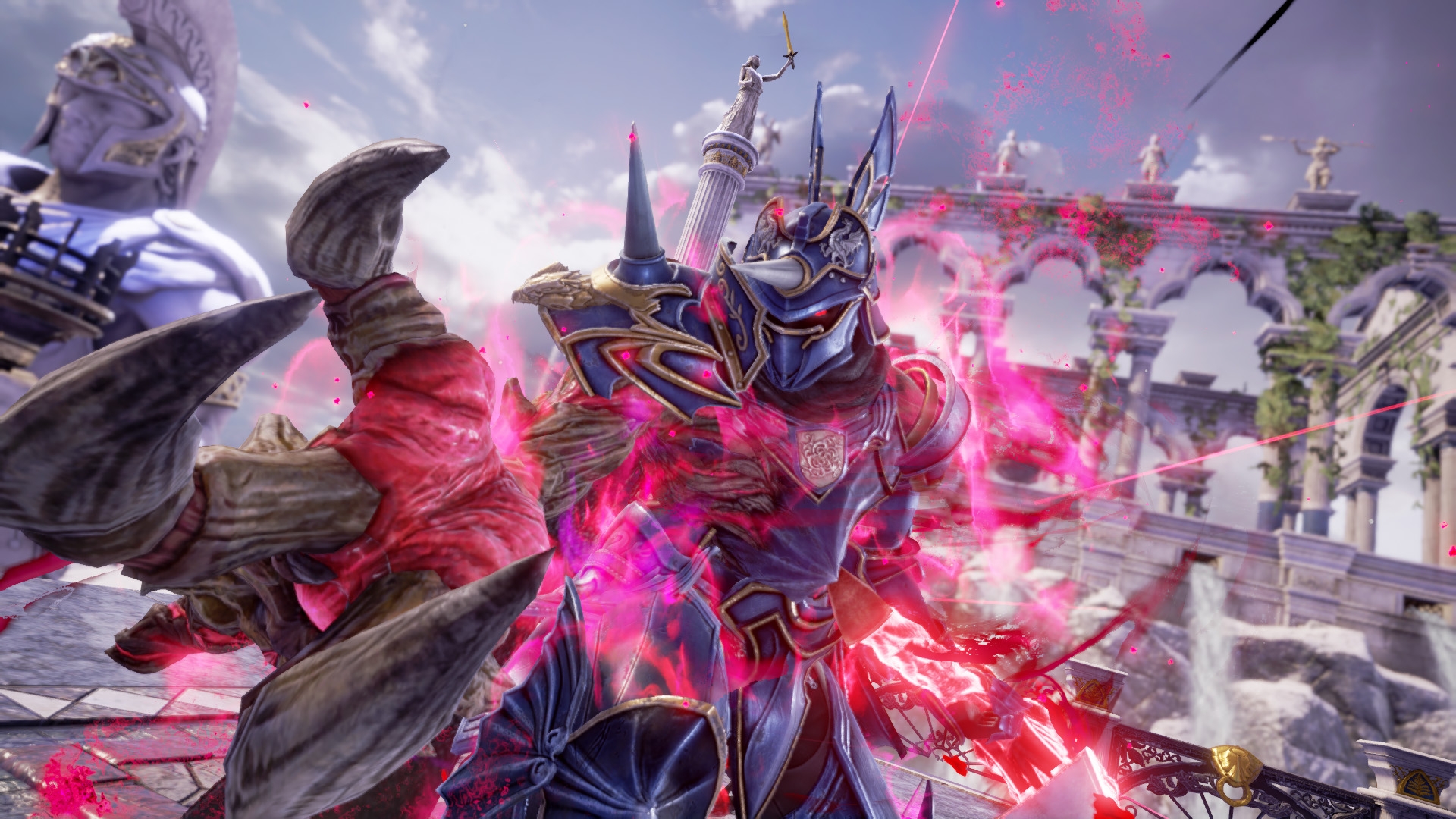 So far it seems to be doing right with its community and fighting game aficionados. Most of the old cast is back but now they have Soul Charge moves that help them accentuate their strengths mid-game. The addition of The Witcher’s Geralt and the new Reversal Edge mechanic (think Street Fighter IV’s Focus Attack & Injustice’s Clash but with swords & rock-paper-scissors) does help with the game’s mass appeal.

Essentially Bandai Namco took the lessons they learned from Tekken 7’s launch and runtime -the act of catering it towards newbies and hardcore gamers- and implement bits of it in this new Soulcalibur. Only this time, the game’s core DNA all stems from the foundations laid down by Soulcalibur. That is more than enough to unite new and old fans together to see what the fuss is about with this reboot of sort.

It’ll be interesting to see if this grand 2 to 3-year experiment will succeed like with Tekken 7. Or if it doesn’t; who knows? Until then, I’m sure of one thing: if you want to make an epic comeback, it helps to go back to your roots.

Capcom and SNK are fighting game juggernauts then and now, so it only made sense for both of them to team up at one point to make a crossover fighting...

It's been a month or less since we've heard any developments from the upcoming sequel to Sega's Streets of Rage/Bare Knuckle from Dotemu, Lizardcube, ...

This guide will be updated periodically, as the expansion just came out. Borderlands 3's fourth and final(?) DLC, Psycho Krieg and the Fantastic Fu...