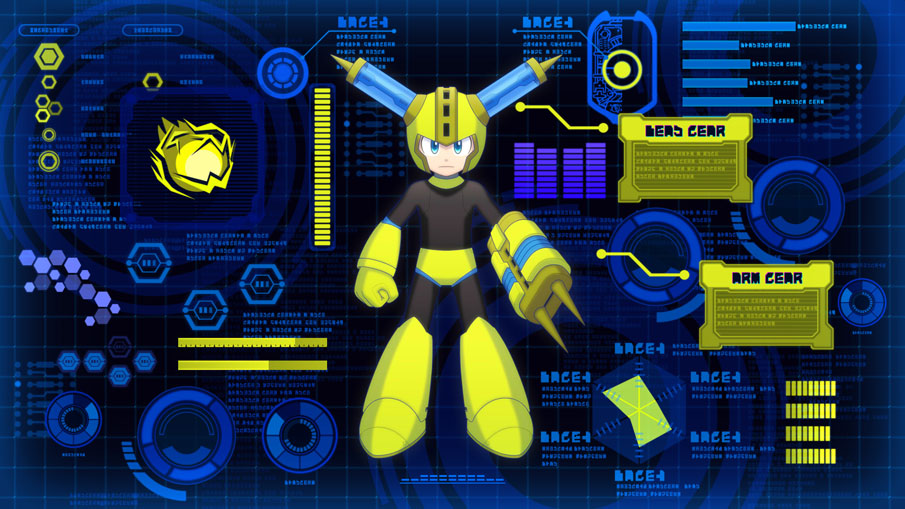 In hindsight, perhaps my US$300+ could have been well-spent on funding development for Mega Man 11 than Keiji Inafune’s post-Mega Man pretender.

After eons has passed, Capcom has seen to it that its Blue Bomber brand gets the respect, and proper 2D game, it deserves. And how did it fare? Pretty darn well, actually! Mega Man 11 -yes, part 11; there are a ton of these games– is now rockin’ a new look with the same hardcore 2D action platforming hijinxes coupled with a new mechanic to set it apart from its ilk. And it works because Capcom sort of went back to basics and remembered what made a great Mega Man experience.

Letâ€™s get the story out of the way: while itâ€™s not important, it at least sets context to the Dr. Light/Dr. Wily rivalry that has been going on since the first Mega Man game. Itâ€™s at least nice to know that there are some story nuances in the whole â€œgood robots vs evil robotsâ€ conflict that was the heart of the series, especially since Capcom is most likely going to make more sequels of this Mega-resurrection.

The same run-and-gun shooting and platforming return, and it comes with really solid controls which is basically what is required from such neo-retro fares. You run, you jump, you shoot, you slide, and you summon your robot dog Rush to reach places up high. The same goofy humour and kid-friendly approach to the gameâ€™s narrative are still prevalent, like as if it hasnâ€™t aged one bit.

And as usual, the themed stages occupied by the eight new Robot Masters and the final few stages are tough as heck if your 2D run-and-gun skills arenâ€™t up to snuff.

Prepare yourself for deathtraps such as Bounce Manâ€™s balloon-filled walls and platforms, and Blast Manâ€™s action movie setting and laser trip explosive setpieces.

For the record, Michael Bay would employ Blast Man in a heartbeat.

Fortunately, Capcom has taken a number of new-age design sensibilities to make the experience less punishing than it should be. Case in point: the Double Gear system. At any point in time, Mega Man can either turn on the Power or Speed Gear to deal double damage or slow down time around him respectively. The catch is that they use up a single Gear meter; if that’s filled up, the abilities will be on cooldown.

If you are near death, you can activate Double Gear mode which slows down time AND makes you powerful but will weaken your regular shots temporarily once the meter is full. Oh and you cannot cancel from it, which means your meter will fill up and eventually short-circuit your powers temporarily. It’s a last-ditch effort basically.

With the Double Gear system, you have the option of at least making the game slightly easier on your side. This leads to players experimenting and even accessing secret spots that require you to use them. All of the Robot Masterâ€™s weapons can be bolstered with the Power Gear; Tundra Manâ€™s column-sized blizzard can expand to clear the screen if you turn on that particular Gear. So far, each Robot Master’s weapon is practical in most situations, be it Acid Man’s shield-and-acid-fireball combo or Block Man’s raining blocks of doom.

The Double Gears system also can help speedrunners hone their Mega-craft when theyâ€™re streaming or trying to complete Mega Man 11 in the fastest time possible. Trust me; youâ€™ll be using the Speed Gear a lot at Torch Man and Tundra Manâ€™s stage a lot. The former has a one-hit kill flame barrier that goes left to right while the latter while the latter has slippery floors.

Speaking of extra help, you can also cash in your collection of bolts to buy permanent powerups that you can turn on and off like an Auto Charge option or the ability to slip less on slippery terrain. And if the game is still insanely tough for you. You can choose the casual and newcomer mode to make your Mega Man platforming a breeze, either with more lives or even infinite lives.

That’s Mega Man 11’s strength: taking the best bits from newer Mega Man titles while adding in a new gimmick that is anything but a one-hit wonder. As well as making it accessible for everyone without forsaking the hardcore fans.

While the following opinion may cause a ruckus, I actually dig the new 3D cel-shaded look. Granted, itâ€™s not as timeless as Mega Man 8â€™s tour de force animation and not as stark as the NES-styled Mega Man 9 and 10, but it looks great in motion and doesnâ€™t detract from the main Mega Busting action.

My only gripes are concerning the latter half of the game and the game’s music. The Wily Stages â€“because Capcom loves tradition- usually require you to use them to the fullest, with pitfalls and past stage gimmicks making a comeback to make sure you conserve your energy. Unfortunately, the Wily Stages in this iteration arenâ€™t as fun as they were.

They just feel like retreads and mashups of past Robot Master stages without any sort of dread or finality from these climactic sections. Compare Mega Man 11â€™s Wily Stages with the Cossack/Wily mashup from Mega Man 4 or even the Mega Man 9 and Mega Man 10 surprises. Hell, I even welcome the auto-scrolling bits from Mega Man 8; theyâ€™re infuriating but at least they leave a lasting impression. I canâ€™t say the same for these Wily stages.

OST-wise, this is perhaps the weakest entry. I cannot for the life of me figure out a theme which stuck out to me. This has nothing to do with my biasness for chiptunes ala Mega Man 9 and 10; I can at least say with confidence that Mega Man 8’s full CD audio OST work has standout tracks. In Mega Man 11, I’m having trouble figuring out the hook and jingle in Block Man and Blast Man’s stage.

While itâ€™s not a perfect return to form like Mega Man 9, Mega Man 11 is still worthy of the licenseâ€™s legacy and is a respectful entry. You know, unlike the other pretender from ComCept which I will not mention.

With challenging gameplay, a lovely Double Gear system that’s required to even finish the game, and fun bosses and stages to fight in, you can’t do no wrong in putting this gem alongside your 2D platform gaming collection.

Cons
-Wily Stages are not as fun
-Weak soundtrack

Indivisible Is Sublime 90s RPGing 4 Years In The Making