Prey Is The Best Predator Movie Since The Originals

It’s been four years since the disappointing The Predator in 2018, but Prey is here to perhaps finally redeem the franchise. Prey is set in the Comanche Nation in the 18th century over 300 years ago. It focuses on Naru, a strong Comanche woman who has been raised in the shadow of the hunters in her tribe and who will be facing the Predator this time around. 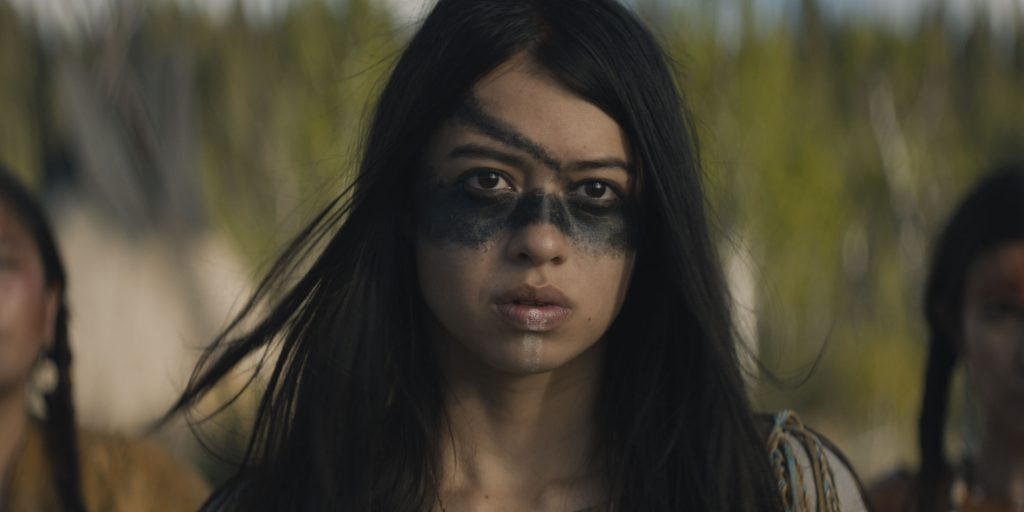 The movie focuses on Amber Midthunder’s Naru, who wants to prove that she can be as much of a hunter as the men in her Comanche tribe. Her relationship with her brother, Dakota Beaver’s Taabe, forms the emotional crux of the movie. The movie is just slightly longer than an hour and 30 minutes, so that means a brisk and fast pace that keeps viewers in suspense. You definitely won’t be bored while watching this movie. A Predator movie doesn’t have to be a comedy or full of unnecessary dialogue (*cough The Predator cough*).

It’s clear that Dan Trachtenberg’s experience with 10 Cloverfield Lane was instrumental in making the suspenseful and thrilling moments in Prey work. It’s one of several ways that Prey is a lot like the original 1987 movie. The movie’s synopsis is exactly what you get with this movie. Prey’s setting provides a good opportunity for a low-tech and back-to-basics Predator movie, just like the original Predator was back in 1987. Prey strives to recreate that same feeling, but the movie doesn’t just repeat the original movie.

What’s interesting is that the cast of characters speaks a mix of English and Comanche. However, the Comanche lines aren’t translated in the subtitles, similar to how they’re not translated in other movies like 2021’s West Side Story. Also, if you’ve ever wanted to see the Predator fight against other natural animal predators, there’s a lot of that going on here as well. This is the Predator at his most primal and feral. The appeal of the whole premise is this; can you defeat an alien Predator without advanced technology? It’s the classic David versus Goliath situation. What can bows and arrows and tomahawks do against a Predator? A lot, it seems.

The movie doesn’t skimp on the gore, so fans of the franchise will be happy, especially after The Predator. I won’t spoil anything specific but part of the fun in watching Prey for fans are the variations and twists on iconic Predator weapons. One of them has been revealed in promotional materials, like this awesome shield-like gauntlet equipment. You’ll be surprised at what this Predator can do with that shield. But yes, there’s blood and gore galore for fans, so you don’t have to worry about the movie being too tame. This is a Predator movie through and through.

In addition, something happens in the third act that spices things up. I don’t think I’m exaggerating when I say that Prey has perhaps the best climax in a Predator movie since the first two films in the franchise. After the disappointment that was 2018’s The Predator (with its overly comedic tone and messy plot), Prey definitely delivers what we’ve come to expect from the franchise’s early heydays. This bodes well for the future of the franchise moving forward.

The first Frozen wasn't just an animated movie. It was a cultural phenomenon that inspired every little girl to dress up and shout "Let it go!" at the...

News
This Is How The Night King Would've Looked Like

Despite what you or I may think of Game Of Thrones Season 8 (it sucked), it's all finally over. However, it's human nature to ponder about what could'...