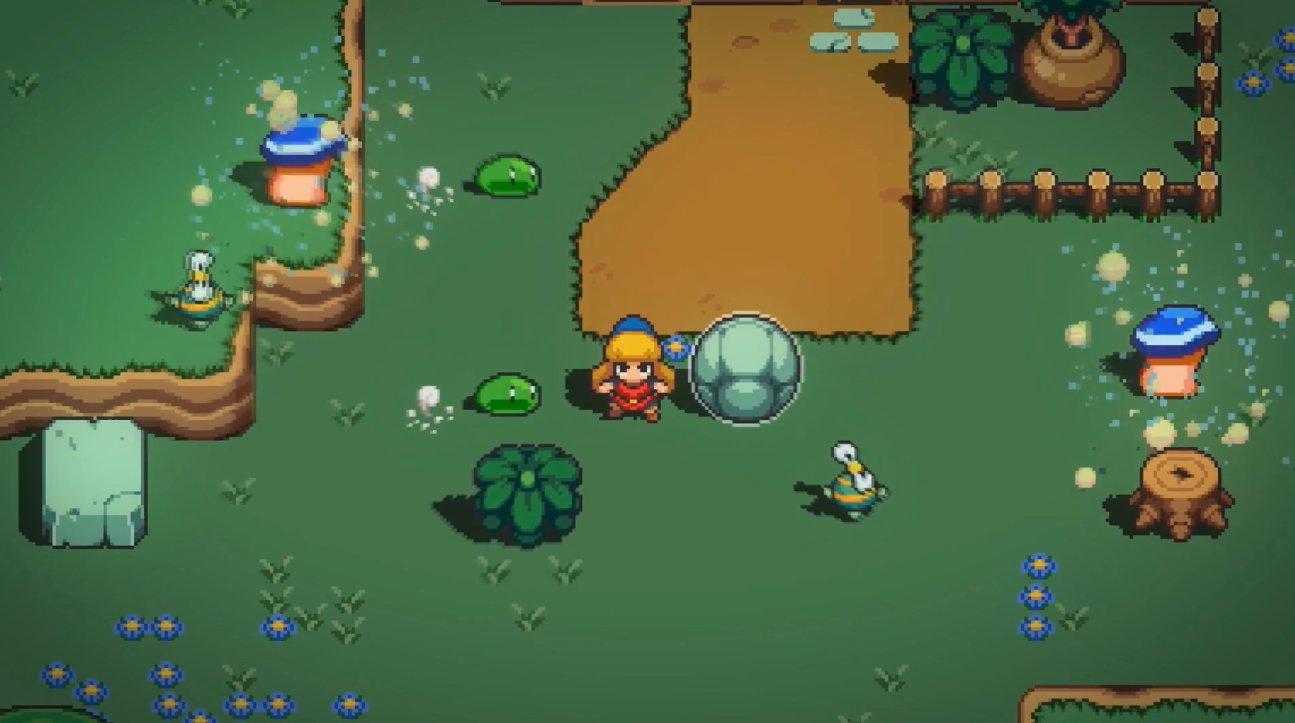 I’ll just say it: Katana Zero and Cadence Of Hyrule. That’s all you need to get my seal of approval for today’s indie announcements. Peace out.

Okay, fine. I’ll talk about the other indie game highlights from the latest Nintendo Direct video. Keep in mind that some of these games are also available on PC, PS4, and Xbox One.

Who knew we wanted a Blaster Master Zero sequel? It’s a nice surprise from Inti Creates, makers of the Mega Man Zero series and the Azure Gunvolt games, not to mention all the Gal Guns. This 2D-slash-overhead hybrid action game is available now.

Microsoft decides to pass over their exclusive game to Nintendo for their Switch. Good move, though I do wonder if it’s wise to have temperamental players to bring out their consoles and rage at Cuphead on the public commute. Out 18 April.

A story-driven game about a woman who gets stranded in the Alaskan wilderness while training for the Iditarod dog sled race. It’ll be out later this year.

Play as a teenager who explores the radiated wasteland in this 3D action rogue-like game from Double Fine. The kicker here is that your hero can mutate at random with new stats, new powers, and even new weaknesses to counterbalance your power levels in the great wasted beyond. Out for Nintendo Switch (and also for PC, PS4, and Xbox One) this summer.

Play as a katana-wielding assassin who can use his precog skills to slow down time and see future attacks while slicing enemies down. Of course, you die with one hit, so you’ll need to use all your time-slowdown abilities to get ahead.Â Out 18 April (for Switch and PC) and probably for hardcore action game fans.

Remember that awesome roguelike rhythm dungeon crawler Crypt of the Necrodancer? Well, the same devs are making an exclusive Switch title with the same mechanics but with Legend of Zelda. Talk about the mash-up of the century! It’ll be out spring 2019, so it’ll be available sooner than you think.

Leto's Joker Won't Be Appearing In Birds Of Prey