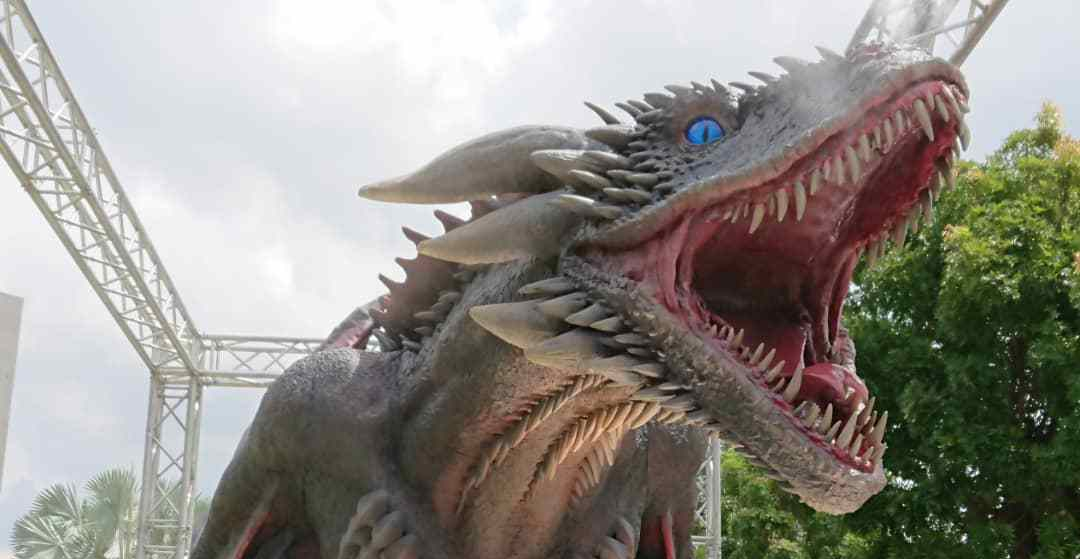 Game of Thrones‘ fans and media folks had a blast of a day when they converged at Astro AABC to see the unveiling of Viserion the Dragon, as well as a photography session with the Night King and White Walkers.

The day started off with giveaways from Astro to some lucky fans and a photo session with the Iron Throne. For a limited time, fans can rest on the throne for some awesome photo opportunities.

We were also treated to see the unveiling of Viserion the Dragon. The dragon played a major role going into the final season, but I can’t say much without spoiling to what seems an epic finale to a long-standing battle between the houses of Westeros.

Viserion the Dragon will be travelling around the Klang Valley in the near future so you can snap photos of him with the hashtag #AstroGoT. Keep an eye out for updates on the dragon’s tour dates.

Agnes Rozario, the Director of Content at Astro, shared her thoughts on having Game of Thrones‘ finale on HBO.

â€œWe are privileged to be the Malaysian home to HBOâ€™s spectacular Game of Thrones, offering all GoT fans the opportunity to catch the worldwide premier and stream all episodes uncensored via Astro on demand.

We would like to thank HBO for their continuous support as one of our pioneering channel partners on Astro and commend them for their consistently ambitious and artistic premium content we are able to offer Malaysians.â€

It seems that we’ll be having the GoT Season Finale directly on HBO as the same time as the US, so rest assured you won’t get any spoilers as you wait for the show on local time, unless you go dig for ’em. Oh, and unlike most premieres in Malaysia, you’ll be seeing the show uncensored; it’s not exactly a family-friendly show what with the betrayals and deaths and all.

As fans, we couldn’t wait to see what Season 8 has in store for us. We even copped a pair of a GoT UltraboostÂ because of the hype. For more details on the HBO Game of Thrones pass, you can head here to see what Astro has to offer.

Battlefield 2042 Loses A Huge Chunk Of Its Playerbase

by Netflix’s The Witcher Wraps Up Filming For The Season – KAKUCHOPUREI.COM in May 7, 2019
Reply

[…] than just filming and editing. There will be the promotion phase, or marketing if I may. Remember Viserion from Game of Thrones? Yeah, stuff like […]