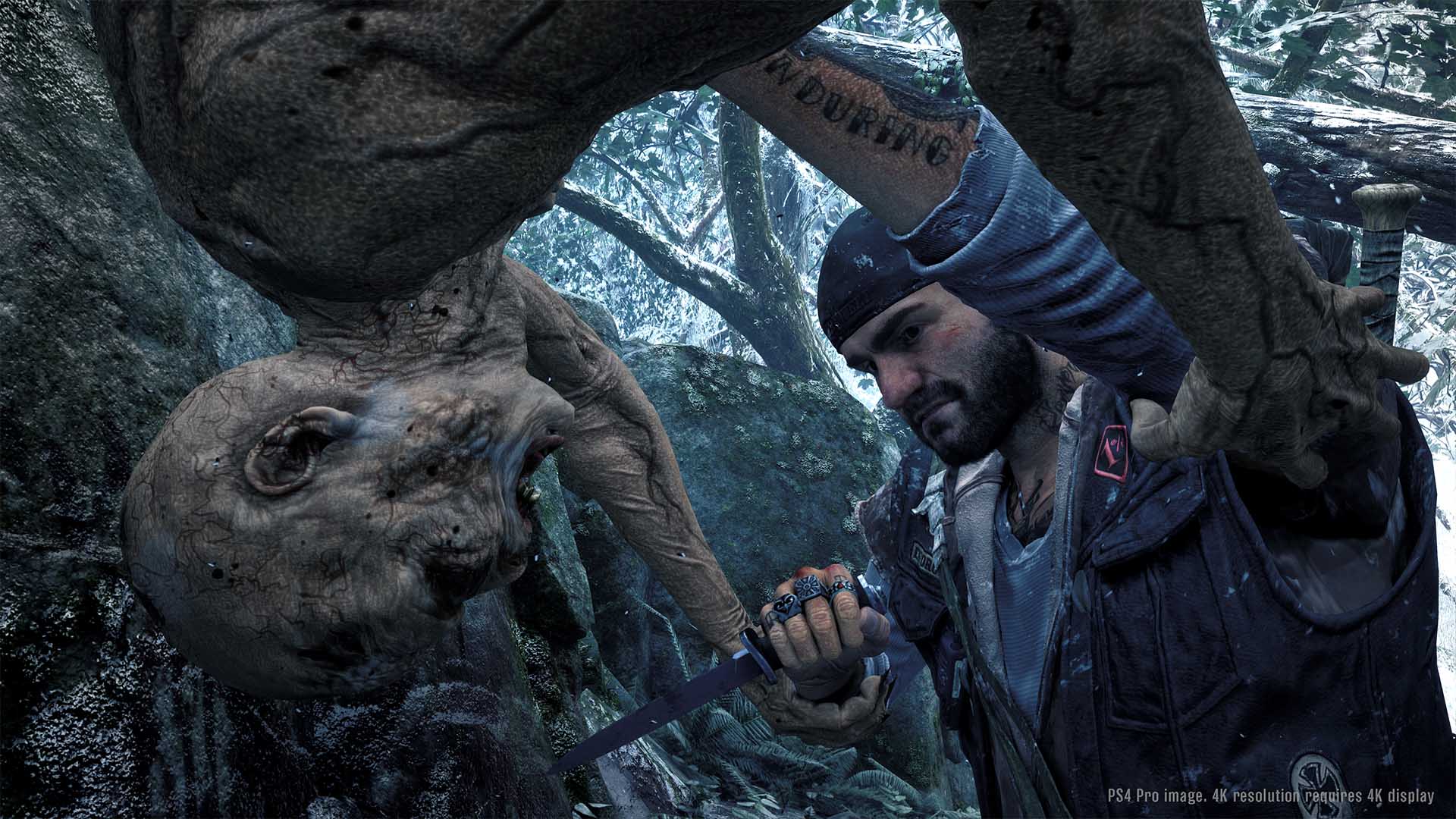 We love it when there are so many video game outlets saying their various two cents on a particular title. Especially with one 5 years in the making from the company that created Bubsy 3D and then the Syphon Filter series as an apology for the former.

We gave Days Gone an above average score; it’s a fun and incredibly beautiful game with some flaws in its main story missions, gameplay flow, and unnecessarily long hours. The rest of the games media in Asia and international waters are mostly on the same boat with various takes on their reviews.

Check out how the game is faring in the scoring department after this screencap of Deacon about to bludgeon some marauder.

I enjoyed my time with Days Gone, and even after this review has been written, Iâ€™ll probably still be riding around in rural Oregon, taking in the beauty of the wilderness, and killing freakers.

In all due respect to Days Gone and its developers, the game is not entirely bad nor is it a great one either. The major problem of the game is that its not daring enough to come up with something unique or groundbreaking that it could proudly claim as its own.

Days Gone lacks anything unique that could set it apart from other games before it.

Days Gone feels bloated, like a movie that goes on for an hour longer than it needs to or shouldâ€™ve. Itâ€™s messy and confused, but peppered with genuinely thrilling encounters with rampaging hordes of zombies and occasionally breathless firefights.

Thereâ€™s a good game in here somewhere, but itâ€™s buried in a meandering storyline, repetitive missions, and just too much obligatory stuff to do without an eye on the smaller details that could have given it much more character. Some fine tuning and editing could have removed the tedium and celebrated what makes this game unique and interesting, but Days Gone rides strictly down the middle of the dusty road and never finds its rhythm.

Days Goneâ€™s world is very much greater than the sum of its parts. Its haphazard nature wouldnâ€™t have survived on a smaller scale, but this is a substantial thing. The story can be spotty, and the gameplay glitchy, but over tens of hours it evens out. Itâ€™s easier to forgive a scattered narrative and occasional Freaker standing ankle deep in asphalt when you can spend hours exploring, discovering, or fighting through what it has to offer. Its open world has enough surprises and depths to penetrate that I always found it enjoyable and full of memorable stories.Â

Overall, [Days Gone is] a very impressive and aesthetic game with deep backstories, highly recommended to players that are always looking for a challenge.

Bend Studioâ€™sÂ Days GoneÂ has put together a world that stands on its own, held up by amazingly realised characters, and an engaging gameplay loop that will keep you on your toes and constantly thinking. Get in on well-acted character drama, and stay for the freakishly good gameplay.

Gamecom 2019: Alienware's Latest Desktops Are Looking Out Of This World