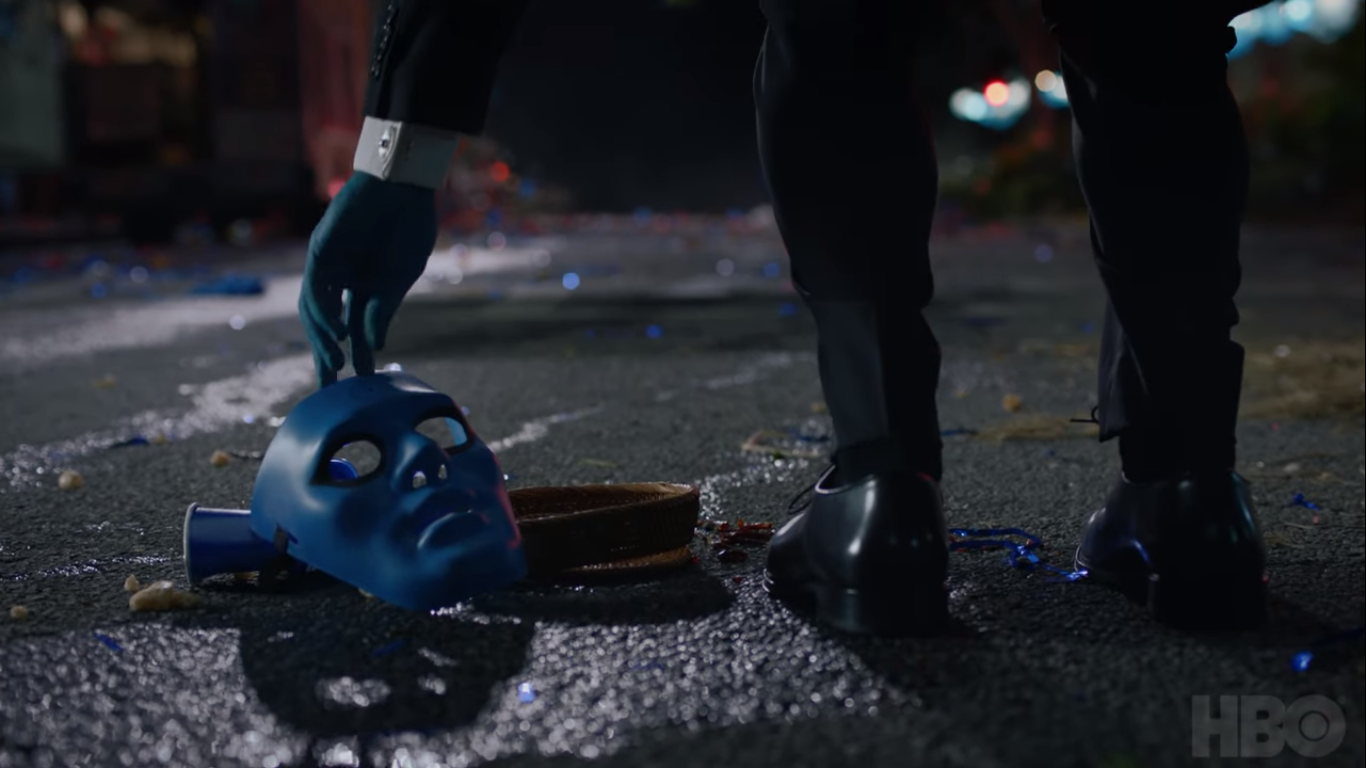 During San Diego Comic-Con 2019, HBO released a new trailer for its upcoming Watchmen series. We get to see more of this world, set ten years after the events in Alan Moore and Dave Gibbons’ original Watchmen graphic novel, which is now populated by brand new vigilantes and overzealous cops.

A conversation between an FBI agent named Laurie Blake (Jean Smart) and new vigilante/hero Angela Abraham (Regina King) in the trailer sums up the new status quo of the Watchmen world:

“Laurie Blake: You know how you can tell the difference between a masked cop and a vigilante?

Laurie Blake: Me neither.”

The new HBO Watchmen trailer reveals that Doctor Manhattan is now on Mars, following the events of the original graphic novel, where he assisted Adrian Veidt AKA Ozymandias (Jeremy Irons) with his alien squid plan and retired elsewhere to create life.

The end of the trailer shows Doctor Manhattan seemingly back on Earth, as he picks up a mask (which looks inspired by his own blue face) presumably worn by one of the many new vigilantes. Is the situation so dire on Earth that he finds the need to return to his home planet?

HBO’s Watchmen will premiere sometime in October 2019. In the meantime, check out the epic new trailer below.