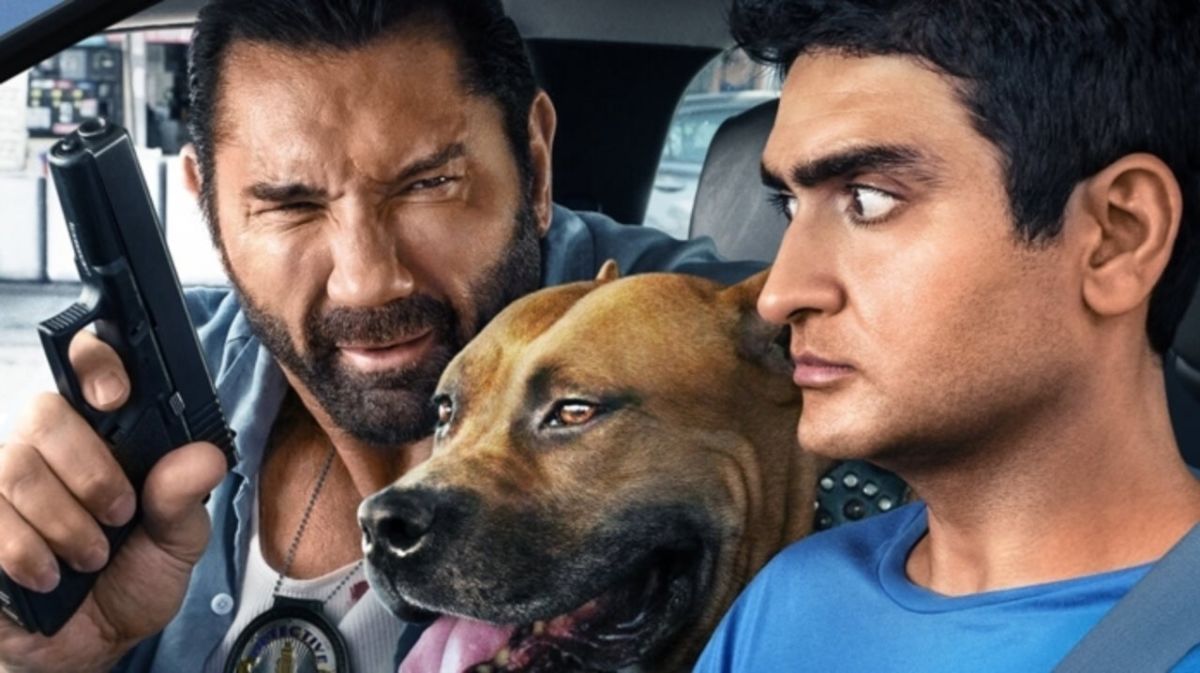 What makes a good buddy cop movie? It’s the chemistry and dynamic between the two leads, and the hilarity that ensues. Movies like Rush Hour and The Nice Guys oozed charisma and comedy, with fun action and good writing.

The Two Leads Tried Their Best But It’s Not Enough

The chemistry and dynamic between the two leads in buddy cop movies usually make or break them. Unfortunately, neither Dave Bautista’s Vic and Kumail Nanjiani’s Stu had little to none with each other.

They both try their absolute best, but even the greatest effort by both actors can’t salvage an unfunny script and bland plot.

Stu is a part-time Uber driver, who basically gets kidnapped by Vic, a policeman who wants to get his revenge on a drug lord named Tedjo (portrayed by Iko Uwais of The Raid fame) for killing his partner, Sara Morris (played by Karen Gillan of Guardians Of The Galaxy fame).

Uwais and Gillan could have helped Bautista and Najiani carry the movie, but they were severely underused, especially Gillan (who dies in the first ten minutes). We only see Uwais utilize his silat chops in one measly scene, which should be considered a crime on the director’s part.

Both Bautista and Nanjiani get to flex a little of their emotional muscles in this movie, but those moments are too few and far in between. The entire movie is basically Bautista overwhelming everyone with his macho masculinity and Nanjiani whining about his predicament.

The Premise Is Problematic

The entire premise of the plot for Stuber is problematic, to begin with. The only reason that Vic needs an Uber in the first place is that he just had a Lasik surgery earlier that day. As an effect of that, he’s effectively blind until he properly regains his eyesight.

In spite of this, he still goes out of his way to force poor Stu to become his de facto driver in order to chase some leads and capture Tedjo. Not only is Vic intentionally endangering himself and the people around him, but he also seems like he doesn’t care about what happens to Stu in his pursuit for vengeance.

Stu gets dragged from place to place, an unwilling participant in the violent quest of Vic. Throughout the duration of the movie, Stu gets mocked, insulted and physically assaulted by Vic. That’s not even mentioning being forced to take part in shootouts and actually shooting a person in the leg.

At one point in the movie when it seems like Stu can’t take all the abuse anymore, he screams in Vic’s face that he will probably need therapy for the rest of his life. Any normal person would, after being on the receiving end of Vic’s toxic masculinity.

I don’t like to use the invoke the toxic masculinity card since most of the times the situations are often exaggerated to prove a point. Not so in Stuber, as I personally felt uncomfortable watching the relationship between Stu and Vic unfold, despite being a male myself.

Surely there are other ways for the movie to explore the dynamic between Stu and Vic, but it feels like they went overboard with it all. Stuber insinuates that all the abuse and stuff that Vic forces Stu to experience helps him stand up for himself and ‘be a man’, but in this day and age, it’s an outdated notion.

While the recently-released Fast & Furious Presents: Hobbs & Shaw also featured all this overly-masculine macho crap, it didn’t feel toxic, at least to me. When there’s someone directly suffering from a person’s masculinity, that’s when it becomes toxic, which is what happens in Stuber.

There Are Better Buddy Cop Movies Out There

If you come into Stuber expecting a hip-breaking laugh session, perhaps it’s better to temper your expectations. A lot of the humor depends on making fun of Vic’s aforementioned toxic masculinity or Stu’s suffering.

Most of the jokes in Stuber made me chuckle at most, as they made me feel like it’d be inappropriate to laugh at. It tries to be meta at times (by referencing popular buddy cop tropes, other movies), etc), but the script is less smart than it thinks it is.

There’s nothing new in Stuber that hasn’t been done better in other buddy cop movies in the past. If you’re interested in seeing Bautista and Najiani trying their best to be funny in an unfunny movie, then (and only then) should you go and watch Stuber.

Is The Hate For The Last Of Us Part 2 Truly Justified?