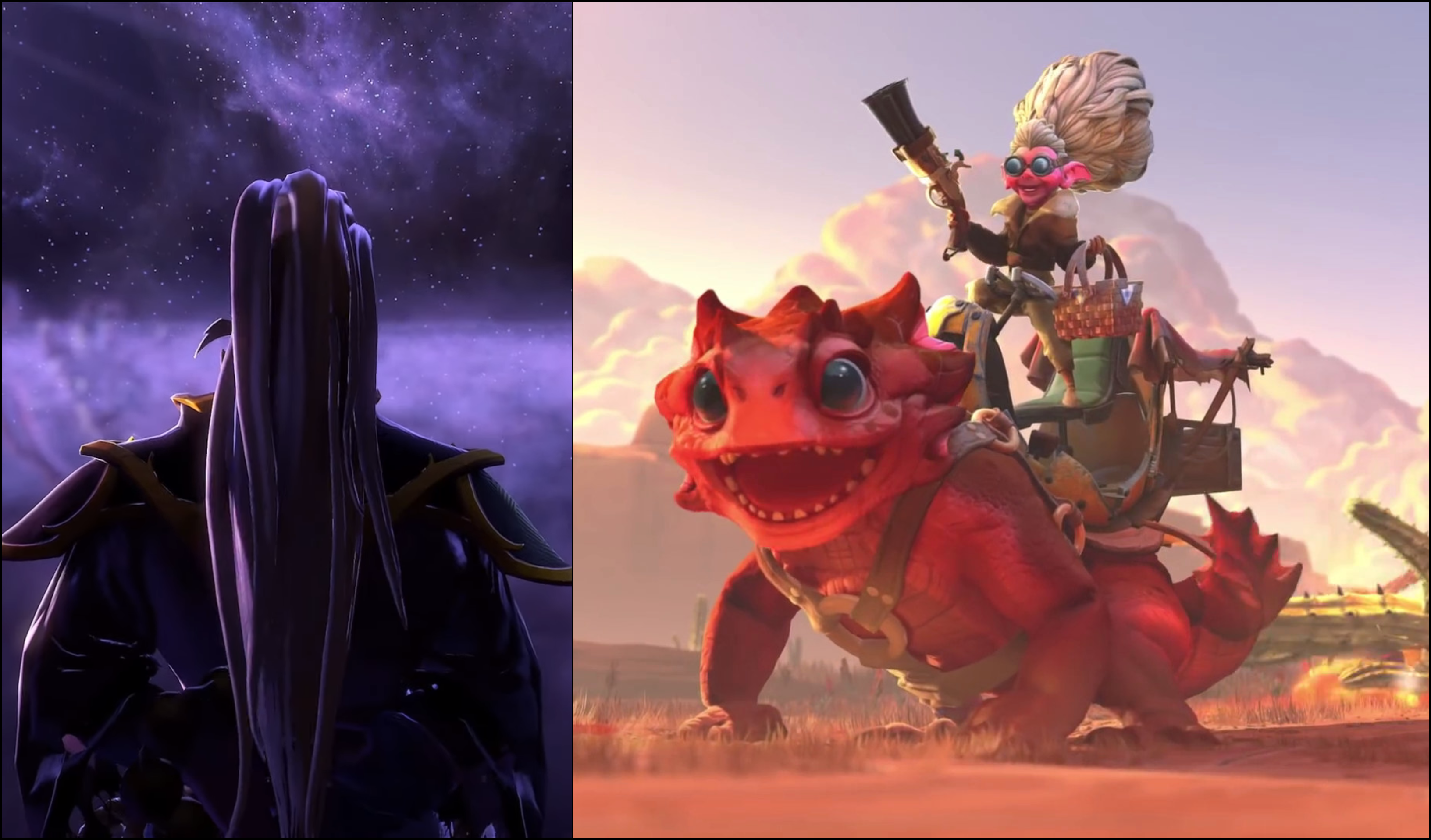 The annual biggest DOTA 2 tournament in the world wouldn’t be complete without exciting reveals such as new heroes and arcanas. The International 2019 has ended and it was announced that we’ll be getting two new heroes this fall: Void Spirit and Snapfire.

Lore-wise, Void Spirit seems to be the more exciting hero since he’ll be fleshing out the story behind the Spirit brothers, who consists of the heroes Ember Spirit, Storm Spirit, and Earth Spirit.

Let me try to encapsulate who Snapfire is in as few words as possible: She’s a cookie-baking grandma who rides a fire breathing lizard and it seems that she’s also related to Timbersaw.

Okay, that last one is a stretch, Timbersaw might’ve just been trying to be polite calling her “auntie” but the idea of Timbersaw being polite is weird enough to me.

It’s hard to predict what kind of hero Void Spirit will be but Snapfire’s reveal trailer drops a lot of clues. At the beginning of the trailer, we see her tossing a cookie to Invoker and he seems to be buffed by it and at the end of the trailer, her lizard shoots out a lava ball at Timbersaw.

So it’s possible that she’ll be a damage dealer that can also provide support.

Both of the new heroes will be released together with The Outlanders update which drops Fall 2019. Check out Void Spirit’s trailer here and Snapfire’s trailer here.