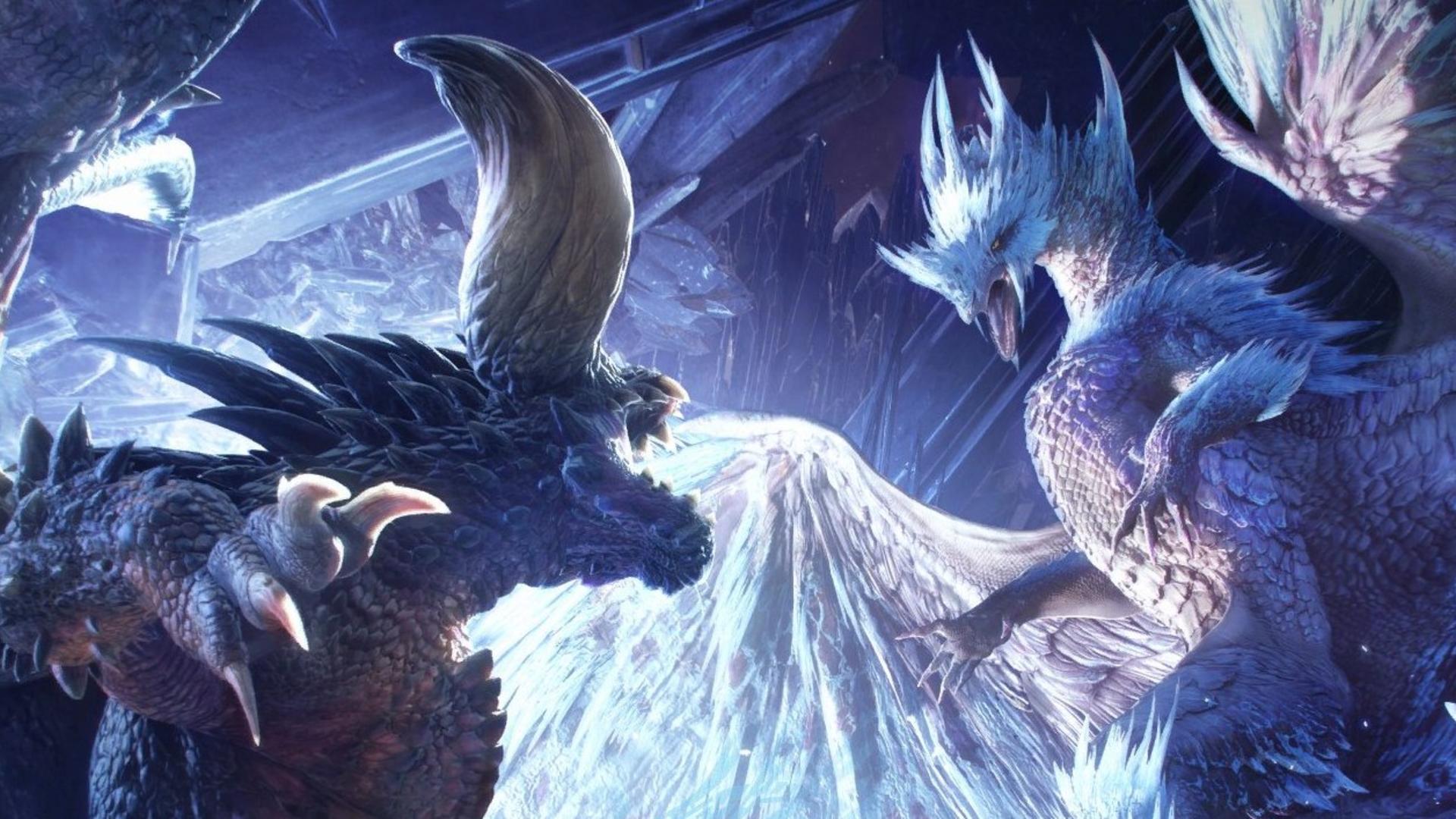 In Capcom’s best selling game, Monster Hunter World, there was always something you could do to pass the time. Seasoned players were all around creating new builds to comply with new metas, while other players enjoyed dropping in SOS calls to help other hunters. Some even love grinding the end game bosses like the Behemoth or the Ancient Leshen.

In Iceborne though, things have stepped up a notch. Gone are the days of the walk-in-the-park monsters, and now come the big boys. And monsters aren’t the only thing taken up to eleven. You have a few whole new areas to discover such as the Hoarfrost Reach and the Guiding Lands, with a roster of new monsters and its subspecies, players will have a great time finding their paces in the expansion.

However, some players would be overwhelmed by the sheer amount of content the base game and the expansion offers. If you’re stumped, here’s a guide on what to do after beating the final boss in this expansion.

Add Some Flair To Your Weapon

Spruce up your weapon with some cosmetics that show your achievements.

These pendants do exactly nothing, other than showing off your status as a veteran hunter. Some pendants are tied to achievements, such as taking down Tempered Monsters, which are a harder version of normal monsters.

Why not help fellow hunters who are struggling with their Assigned quests? It’ll seem trivial, but it is actually a win-win situation. You’ll gain experience and materials, and the other player will have completed their missions faster.

Capcom has also introduced a new system into the SOS feature: Hunter Helper.

By dropping into a lower-tier group (eg. High Rank/Low Rank for Master Rank players, Low Rank for High-Rank players) and helping them complete their mission, players will be awarded a Gold Wyverian Print.

These can be exchanged with any monster Gem on the market, which is quite rare.Â This means you can quickly craft and try out new Master Rank builds since most of the equipment will require monster Gems.

In Monster Hunter World, players were awarded a trophy for capturing a rare endemic creature such as the cutesy Crakes. Capturing these creatures took quite a while since they are exquisitely rare.

In Iceborne, Capcom has extended the fun of seeking out these creatures with another set of rare endemic creatures you can find in the beautiful locales.

These rare Endemic creatures can be found hidden in plain sight. You will usually spot them, but by then it’s too late and the creatures would have already run away.

Some creatures require a certain time of the day for it to spawn. Take the Celestial Illusion for example. This magnificent creature only spawns at midnight at the Hoarfrost reach, when there are no moon slugs on the peak of the mountain. It takes some trial and error to get this type of rare Endemic creatures to spawn.

You can find a nice Endemic life guide by Rage Gaming here on YouTube.

The canteen has also received a nice upgrade courtesy of new ingredients to find.

Sounds boring, you say? What if I tell you that you can guarantee an extra cart, just like Felyne Insurance, with the correct ingredients. Yes, now you can gain the effects of Felyne Insurance at will, with Felyne Safeguard, and the best part is that the two skills stack, meaning you can have up to two extra carts.

Having trouble spawning those rare endemic creatures mentioned above? Another new food skill helps increase the spawn rate for the ethereal critters.

Gaijin Hunter has a nice guide showing us how to unlock all the ingredients for both of the food skills.

Since the new base Seliana has a truly functional Gathering Hub, it might strike to some players to show off their hunting gears. Well, this is the perfect time to shine with those Master Rank armours as well as the layered armours for players to show off.

My favourite layer armour would be the Direwolf layered armour as it looks perfectly fitting for the cold and bone-chilling locale of the Hoarfrost Reach.

The best part of layered armour is that you can mix and match armours for a personal touch. Here’s my personal favourite mix:

It gives off that, chill, back-from-the-gym vibe. There’s also the anime knight I made:

Or you can straight up Dark Souls your looks.

Here come the serious bits. The Guiding Lands is the end game portion where you’ll be spending most of your precious hours farming up materials, investigations, monsters, and area levels here.

However, it is pretty difficult to understand how it works So here’s a short guide to the Guiding Lands.

There are three separate levels you should be aware of; Area levels, Mining Outcrop levels, and Bonepile levels.

The area levels are independent of the Mining Outcrop levels and Bonepile level.

You have to collect these spots to raise their levels. The levels determine the material you gain from these spots. You can identify it’s level by the colour of the icons when you pull up the map like seen above.

Here’s a handy map indicating the possible location for each of the gathering spots. The outcrops or bonepile will spawn in one of the marked positions, so keep rotating between them.

Here’s a helpful gathering set I came up with. I was able to farm more than 3 rare materials under an hour.

The most important skill here is Geologist,Â as it allows you to gather those spots for more than 3 times. The other skills such as Anti-Paralysis, Stealth, Intimidator are also essential for an easy gathering time in the Guiding Lands.

Gone are the days of the ephemeral Attack Boost jewel, and now it’s time for Level 4 jewels, especially theÂ critical based and affinity-based skills such as Weakness Exploit. These jewels either provide multiple points of a single skill or provides a single point of multiple skills.

These new jewels open up to greatly flexible and powerful builds.

Augmenting armour and weapons are the foundation of end game activities. These revolve around farming Tempered Elder Dragon materials and Guiding Lands materials to eke out that extra damage.

Augments work in slots now. This means an augment will require a number of slots to be activated.

Extra Slots: This augment allows you to increase the number of slots in a weapon.

Affinity Increase: This requires 2 weapon slots and raises the chances of inflicting a critical strike. The first upgrade increases a weaponâ€™s affinity by 10%.

Slot Upgrade: This initially requires 3 weapons slots. It adds an additional slot to your weapon for inserting jewels or decorations. The first upgrade adds a Level 1 slot.

Health Regen: This augment requires 3 weapon slots. It allows a hunter to recover a portion of his or her health when damaging an enemy.

Element/Status Effect Up: This requires 1 weapon slot and can increase either elemental or status damage depending on the weapon.

One great thing about games like this is that there will always be dedicated, local communities that are happy to accept you into their ranks.

One local squad, Team GodLike, has been very helpful in my endeavour to hit MR100. So, don’t be afraid to join a local squad. It’s just like joining your local chess club, but instead, you’ll be hunting monsters together.

Well, there’s the other option if you reallyÂ don’t know what to do. Hit that MR 999 milestone and flex it to other players, who most certainly have lives to live.

Or you can also just hunt for achievements and Plat the game, joining the 0.33%. There’s that.

There’s the list of what you can do after you have completed the Iceborne expansion story. What do you usually do in the end game? Share it with us down in the comments below.

Let's Talk About The Best Soulcalibur Game Ever Made