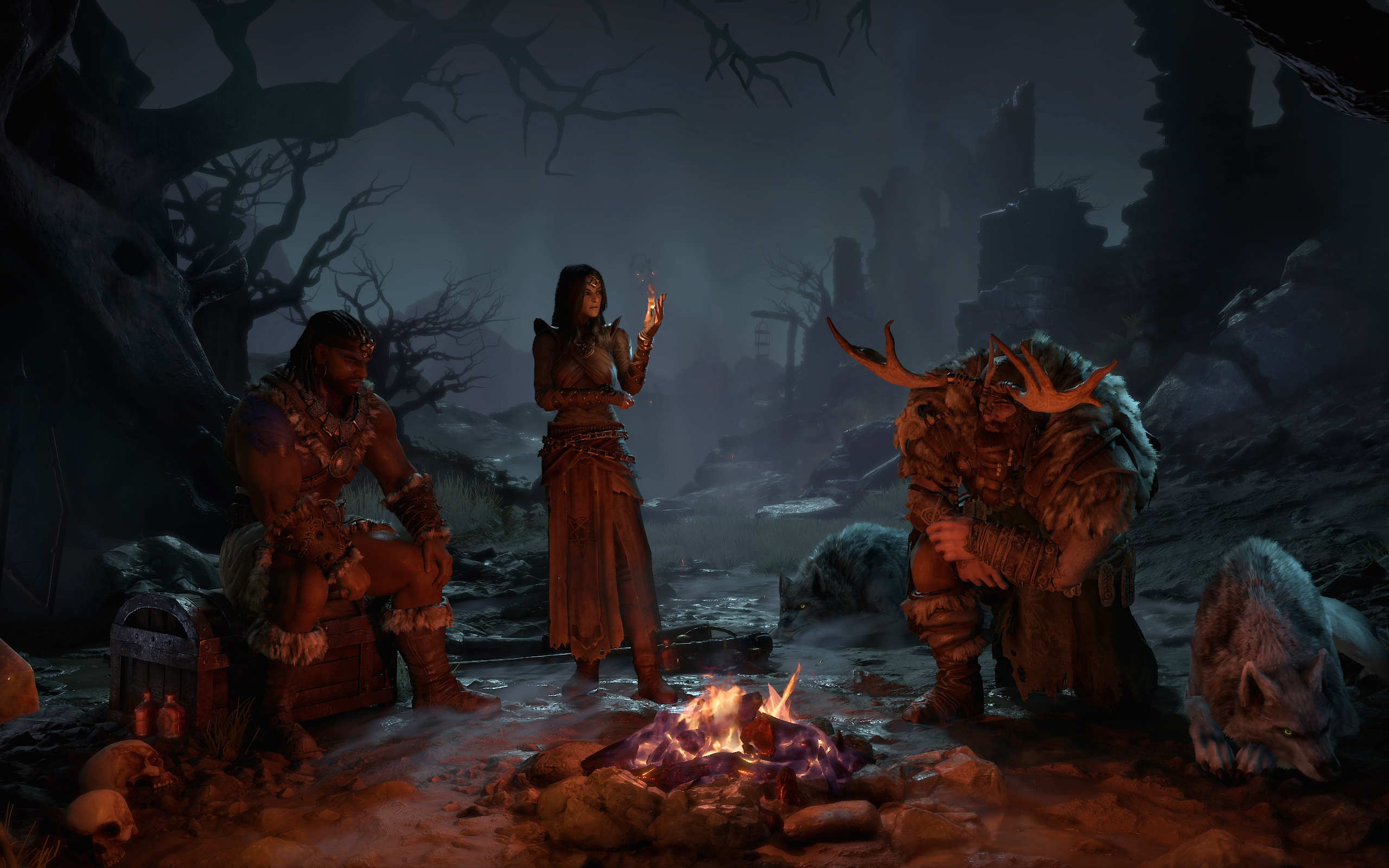 That’s the Diablo IV experience in BlizzCon 2019, and it’s a much-lauded return to form for fans of Diablo and Diablo II, at least from a gameplay and aesthetics perspective.

The demo featured three playable characters: the melee-focused Barbarian who still has his/her trademark Leap back, the magic-savvy Sorceress, and the shapeshifting Druid. The trio’s set of skills illicit a huge sense of gratification regardless of what you’re interacting with: every move will make you feel like you’re kicking ass but at the same time demons and fiends will overwhelm and challenge you by the droves. The developers took the core combat of Diablo III and everything else -tone and challenge- from Diablo II to give the impression that they’re delivering an uncompromised vision of a Diablo sequel.

Playing through one of the dungeons, Garan Hold, evokes that sense of claustrophobia and dread, knowing that there’s probably a game-ending elite or boss waiting for you in its randomly-generated corner. Fortunately, you have a bunch of tools at your disposal. The Barbarian needs to equip four weapons for his loadout so that you can make full use of all of his moves. The Sorceress can just kite and lure enemies to a tight spot for her lightning and ice elemental AoEs, as well as literally bolt away/through enemies by transforming into a ball of sparkling electricity.

The Druid can not only summon AoE storm magic to soften foes, but also insta-shapeshift as either a bear or wolf for specific lunging attacks. One may argue that some semblance of strategy may be lost if there’s no mechanic that commits you to a shape, but to do that may sacrifice the punchy and fast-paced combat of this action RPG iteration. For the sake of introducing a new Diablo experience for fresh players, this is a welcome change.

The core experience also gets a boost: for example, Elites will hunt you down during your dungeon trekking. Whether you’re just walking around or fighting a Drowned boss, they will interrupt your progress.

Elites have enhanced affixes. Basically, buffs to make your life hell. Some like the Skeleton Ballistas can fire three shots in different directions instead of just one.

Bosses like Tomb Lord and the Drowned fat lady can be a handful to deal with; the former can resurrect skeleton warriors and create exploding bone walls, while the latter has wide AoE attacks.

World bosses like Ashava have stun meters that make them stagger if it’s full. You can break parts and segments of a boss if that happens, weakening them as you fight them further.

Endgame dungeon running also gives opportunities for players to use special dungeon keys that amp up the challenge and improve loot quality. That same Garan’s Hold dungeon can be modified to feature deadly traps like the Lightning Pulse; once activated, this thing will chase you around until you complete a specific dungeon objective. While still an idea knee-deep in development, this can be seen as an evolution of Diablo III’s Nephilim Rifts.

And if all of that isn’t enough, avid Diablo fans will be happy to know that the game will have Hardcore mode -basically a one-life only run with your character.

Now comes the bit that may throw people off the loop: in keeping up with live games, Diablo IV’s hub and overworld will be a shared online space not unlike the Destiny series. The world of Sanctuary itself is open and not a bunch of instances like Diablo III.

There’s a lot to explore and discover like cliffsides with hidden treasure, sidequests from passerbys and NPCs, surprise enemy mob encounters, and the aforementioned world bosses that require more than a 4-person party to kill. That latter bit with Ashava means loads of colourful spells and effects filling up the screen as the mob tries to kill the demon off before it overwhelms the party.

Open world concepts like this mean that you can not only team up with random players, but also trade with them and, for would-be griefers, fight and kill them. Of course, the developers will make sure that the PvP aspects will be sorted out and not devolve around a “one-shot from overpowered gankers”Â  scenario for players who just want to take their time.

Besides, Diablo IV will still let you play solo; the game just needs to be online. This isn’t entirely unreasonable in this day and age where people play mobile games by themselves and need to still stay online.

It’s good to know that Blizzard took heed of the lessons and ideas laid out by other isometric action RPGs post-Diablo III’s launch in 2012, because it’s really going all-out in reclaiming its rightful seat with the fourth game. This demo proves that the balance of pleasing players and bringing back the spirit of Diablo II -from its atmosphere to its competitive setting- is beneficial in making the most out of this long-running monster mash.

More Diablo is always a good thing, especially with the promise of legendary and mythical loot like these:

Diablo IV has no release date, but it’s confirmed to be out on PC, PS4, and Xbox One. Our guess? Based on Diablo III’s release schedule and possible publisher pressure, it may be out less than 5 years from now.