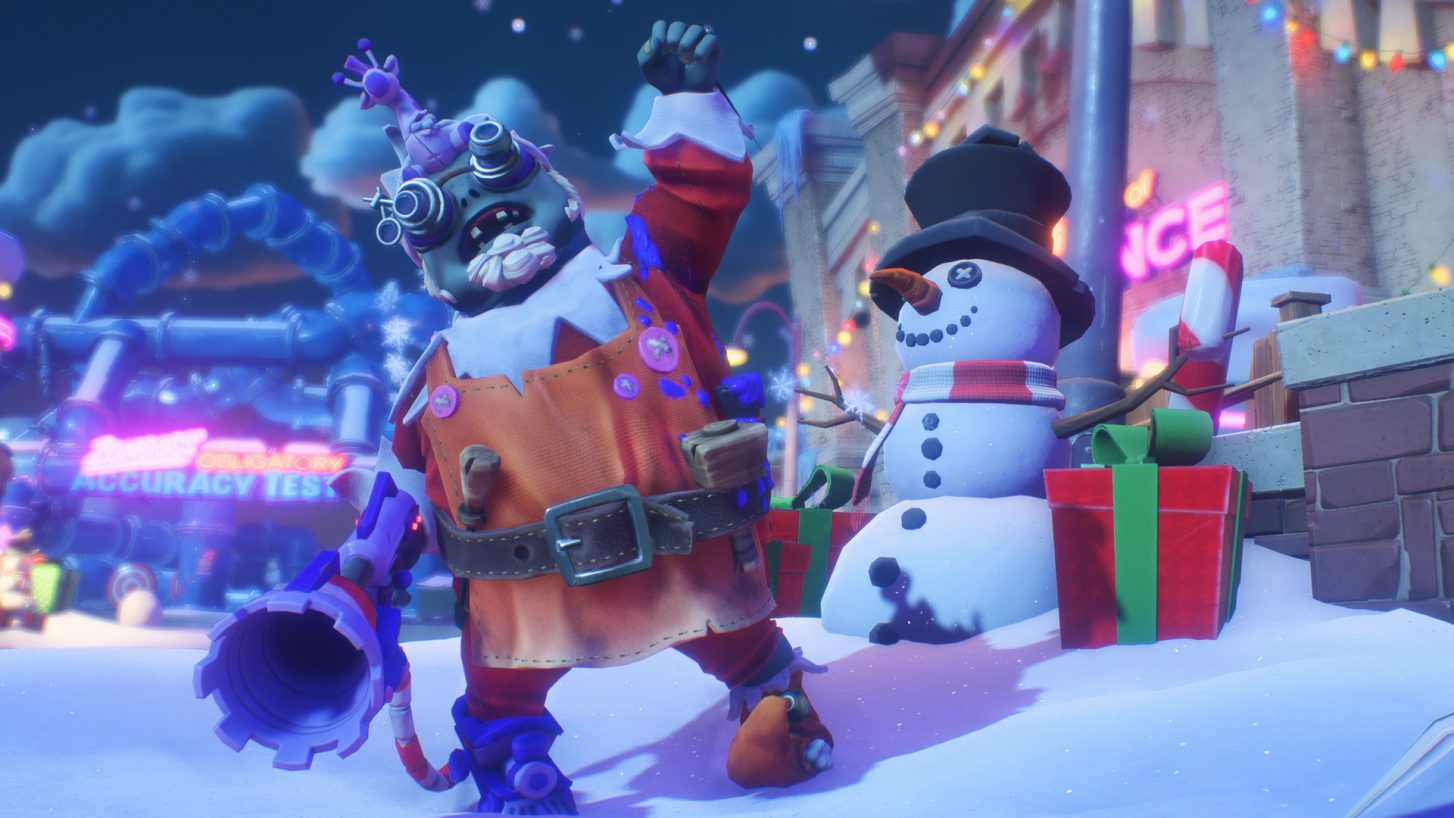 It’s still very surprising to me how successful Plants vs Zombies: Battle for Neighborville has been in terms of digital sales. It beat FIFA 20 during its launch! It’s understandable why EA is strongly supporting the game with more content coming this holiday season.

The holiday season update for Plants vs Zombies: Battle for Neighborville titled the Feastivus Holiday has just dropped on all platforms. It’s completely free for all players and features new maps for multiplayer, co-op, and free roam. Of course, there are also new festive-themed aesthetics items to unlock and purchase.

Giddy Park is the primary holiday-themed map coming in the update. It’s a free roam region full of surprises for the players to find themselves. There’s a Town Center for partying and the Weirding Woods if you’re in the mood for a wild adventure.

Those of you interested in multiplayer will enjoy the new Oozevoir map which will be playable in Team Vanquish, Ops, and Mix Modes. The lore behind the map is that it’s one of Dr. Zomboss’ secret test facilities. It’s up to the plants to capture the Oozevoir from the zombies and stop Dr. Zomboss’ maniacal plans.

For more information on the maps and unlockables, check out the official announcement on the Plants vs Zombies: Battle for Neighborville website.

[Report] Spyro Trilogy Remaster Will Be Out Late 2018, PS4 Exclusive

The Recent Fallout 76 Panel At QuakeCon Answers Your Online Questions