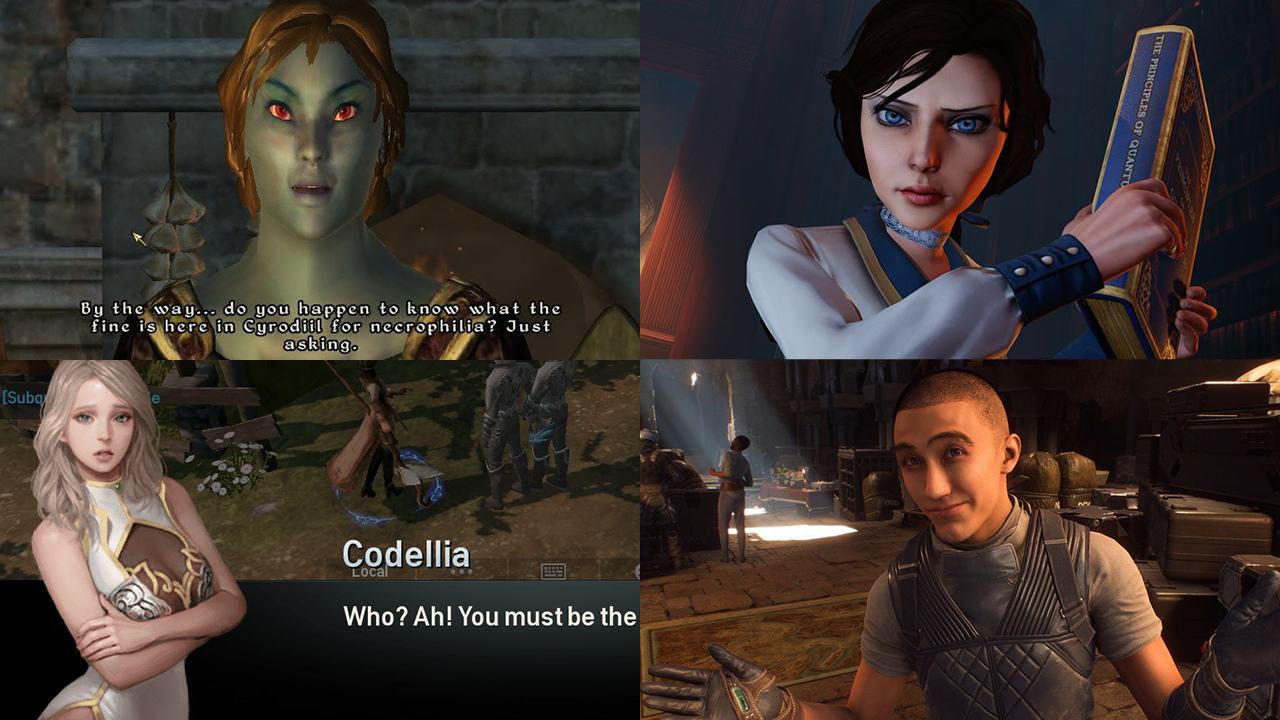 You have seen the Free Guy trailer starring Ryan Reynolds, right? Itâ€™s essentially about an NPC who gets free will and becomes a hero to combat all the bad guys populating the open-world game heâ€™s stuck in, possibly programmed by Taika Waititiâ€™s character.

Itâ€™s pretty awesome that weâ€™ve come so far to have a movie celebrating the concept of an NPC in video games. And the fact that someone greenlit this idea in the first place; mainstreaming for the win!

In lieu of an upcoming summer movie that brings up NPCs and because it’s so close to the end of 2019, we shall pay tribute by showcasing our favourite and memorable NPCs in video game history. Whether theyâ€™re just standing around waiting for you to talk to them, or theyâ€™re tagalongs for escort missions, these are our favourite supporting casts and extras. The side characters, if you will.

Why top 50? Because thereâ€™s too many of them that we canâ€™t just relegate it to just 10 or 20. If you readers love what we have here and need another 50, weâ€™ll do that for you in the near future. Just holler.

The ever-trusty gate opener and comic relief bot of Pandora, ready to be at your side whenever possible.Â

For the purists: weâ€™re counting BL1, BL2, and BL3 Claptrap, not Pre-sequel Claptrap as heâ€™s a different model.Â

He sells you guns and ammo, and is rather adamant towards capitalism and all. A gunrunner we can truly get behind, even if he sells for the opposing team.Â

The best thing to come out from the Campaign of Carnage expansion. Heâ€™s just a laugh riot to listen to.Â

See you, space cowboy. You were still taken from us too soon.

Heâ€™ll help you figure out if youâ€™re taking the good or bad path of Dishonored. Whether he helps you and realigns your moral compass, or backstabs you in the last mission is entirely up to your temperament.Â

Your friendly neighbourhood half-naked AI that helps out your Spartan warrior to fight the Covenant and all those other extra bad guys. She’s known for making quips during battle, being prophetic about things in the game’s lore, and also act as a male gaze for the Halo fanbase.Â

Your straight-laced handler in most of Metal Gear. He’s made all the funnier when he reads out blatant PlayStation and Nintendo cross-over nonsense with a straight voice.

Câ€™mon, how can you not put this trivia-filled smartass otaku on this list? Sure, he does pee on the spot when confronted by armed killers, but wouldnâ€™t you?

Plus, his relationship with Solid Snake (heterosexual, we must stress) and his adopted daughter Sunny is probably the only reason you stuck around for Metal Gear Solid 4â€™s cutscenes and story bombs.Â

Pity his dad is quite a douche.Â

The doctor with the gadgets and the tools to help Luigi bust ghosts. And making him feel good in the process too. You won’t get far in Luigi’s Mansion without his help.Â

Weâ€™re only putting him here because itâ€™s Guillermo del Toro in a video game, talking exposition about the weird-ass-yet-pretty world of Death Stranding. And also one of our pals from Aksiz did a pretty cool cosplay on the Hideo Kojima-created NPC.Â

Pokemon Mewtwo Strikes Back Is Coming To Netflix Next Month

Selamat Hari Raya! The Best Party Games To Play When Your Cousins Are Around [Updated For 2022]