Borderlands 3’s latest DLC, Bounty of Blood: Fistful of Redemption, is out now. The main story missions in this sci-fi samurai Western mashup expansion that comes with dinosaur jet hybrid vehicles is fun and all, but also comes with a whole lotta new loot.

Before we get to that, let’s talk about…

What’s New In The Bounty Of Blood Update?

Apart from the DLC itself, the level cap has been raised from 57 to 60. That means 3 extra new skill points, though at the expense of invalidating your level 57 gear that you’ve been amassing since the Cartel mini-event.

There are also new Guardian Rank skills that increase your melee damage.

For some reason, port-a-potties/toilet stalls in this DLC seem to house more Legendary drops more frequent than in the main game and other DLC’s toilets.

Now, on to the loot! Be sure to scroll all the way down to arguably the best Epic/Purple gun you can easily get at the start of the DLC, as well as the best guns in the game right now! 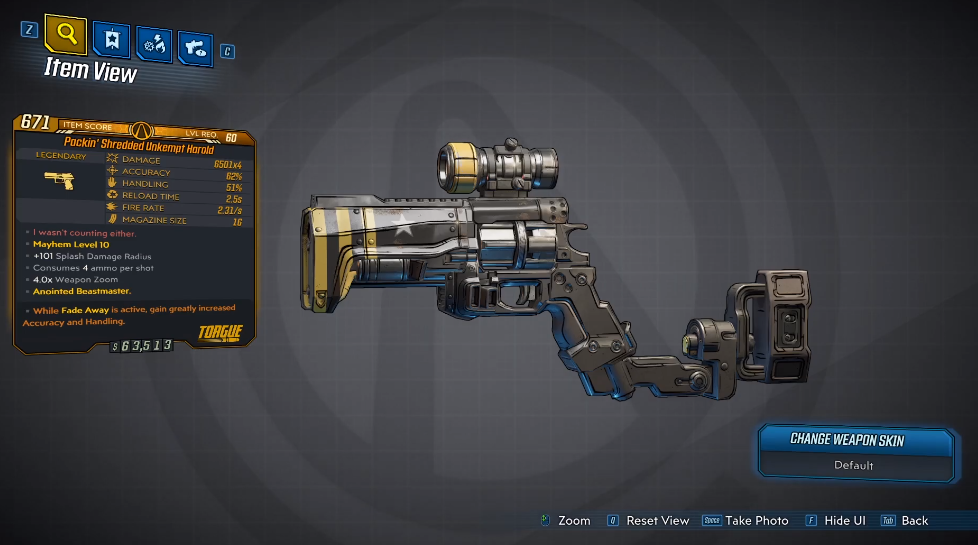 Unkempt Harold – Torgue gun previously from Borderlands 2. Fires 3 shots in a horizontal spread that eventually spreads into 7 pellets. Has a huge splash radius. Dropped from Cober Dowd at Bloodsun Canyon. 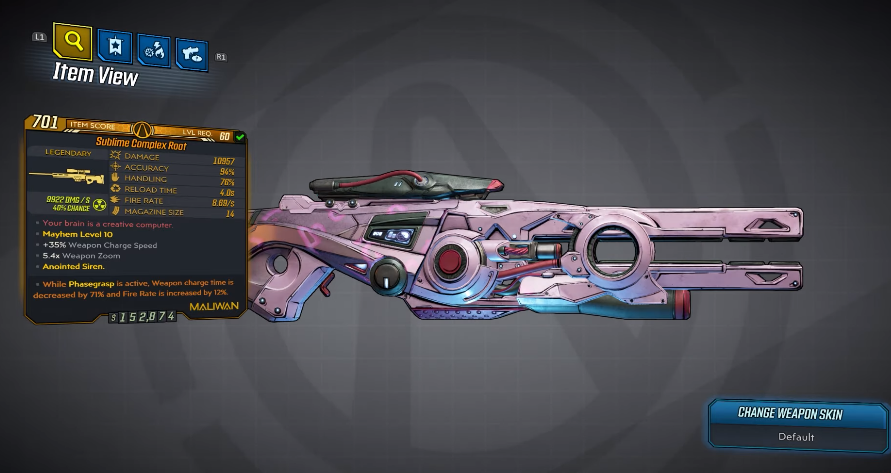 Complex Root – Maliwan sniper rifle. Shot splits into a multitude of laser projectiles that ricochet all over in a square root numeral pattern in sharp angles. Can deal friendly fire, so be careful when using this weapon as Amara (Tie That Binds build) and Moze (Splash build). Dropped from Lani Dixon the invisible badass enemy in Ashfall Peaks. 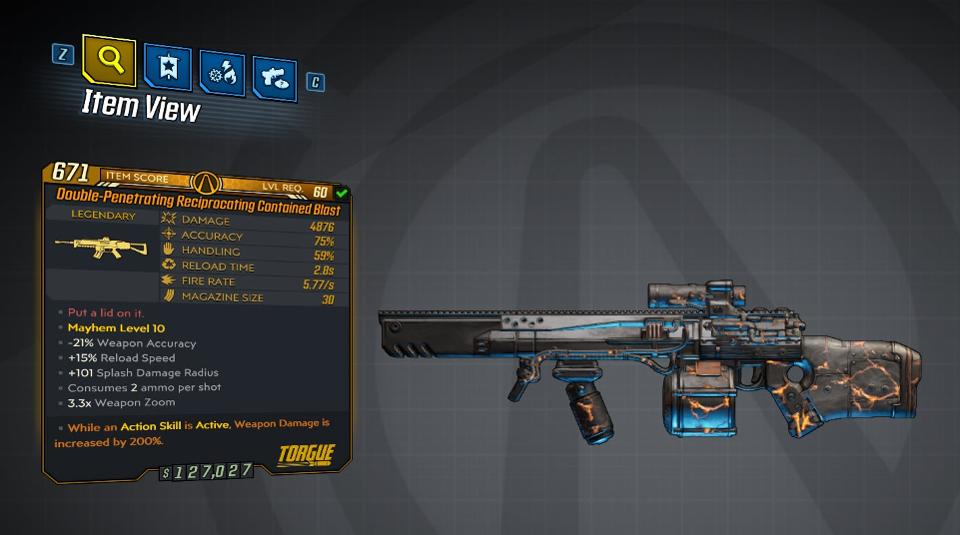 Contained Blast – Torgue assault rifle. Shots from this rifle will spawn mini-bombs that explode after a short period of time, or when you reload. Basically the assault rifle version of the Kaoson. Farm from Abbadoxis in Ashfall Peaks.Â

Light Show – Vladof pistol. Shoots four bullets in a shape of a square; best for up-close shooting. High rate of fire. Farm this weapon from Lasodactyl in Obsidian Forest.

Spade – Torgue shotgun. Fires large spread of bullets that also spawn mini-bombs that explode after a short period of time. Or when you reload. 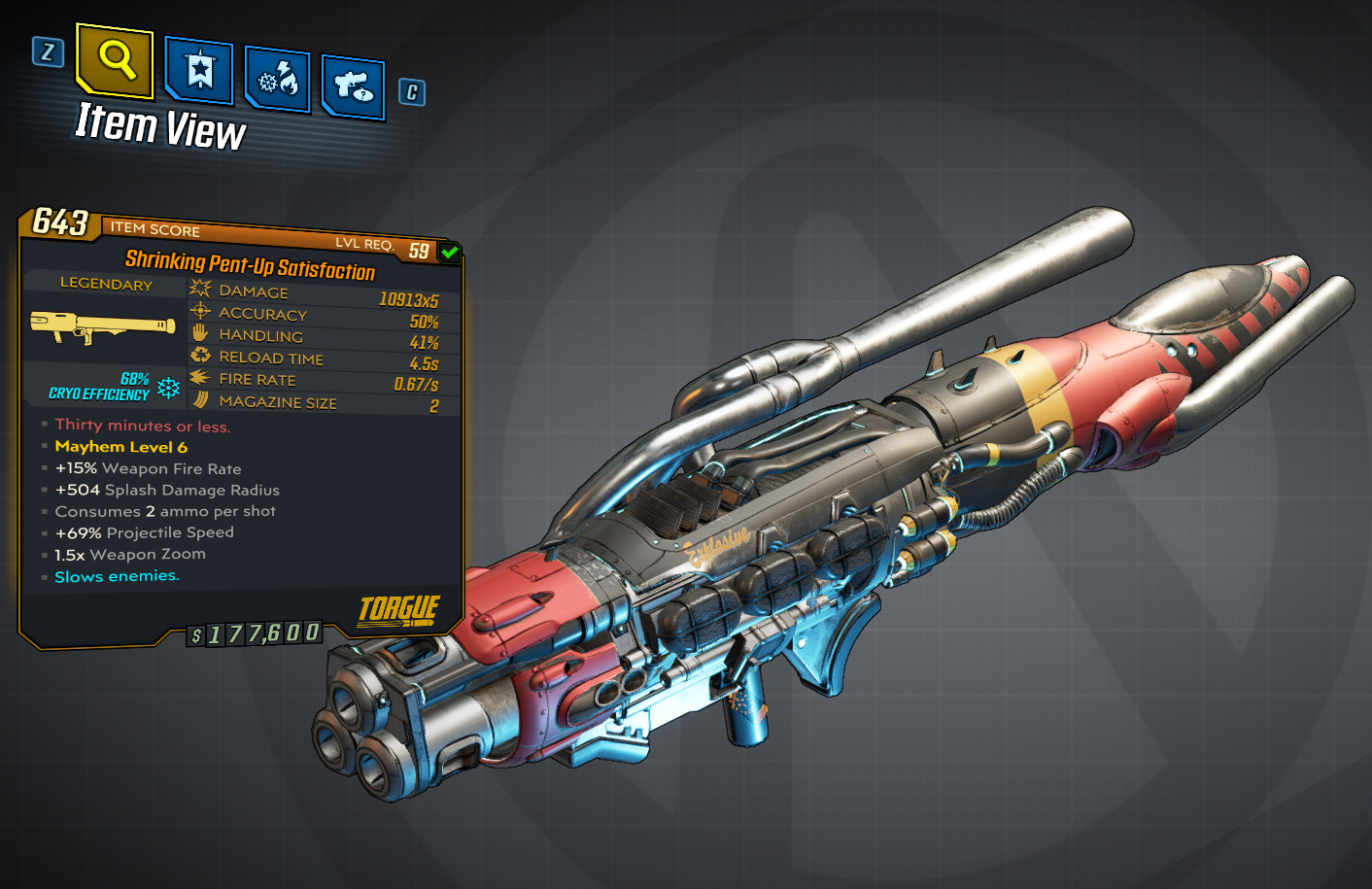 Satisfaction – Torgue rocket launcher. Fires a spread of 4 rockets that explode after a second or two once attached to its target(s).

Robin’s Call – Jakobs shotgun. Works like Lucian’s Call and Rowan’s Call assault rifles (get ammo back if you score a critical hit). Farm this in Ashfall Peaks from Garriden Loch.Â

Plumage – Atlas rocket launcher. Fires a “peacock feather” spread of 5 rockets and can alt-fire a tracking grenade that paints targets for the rockets to home onto. Farm this rocket launcher from Wrendon Esk in the Blastplains.Â 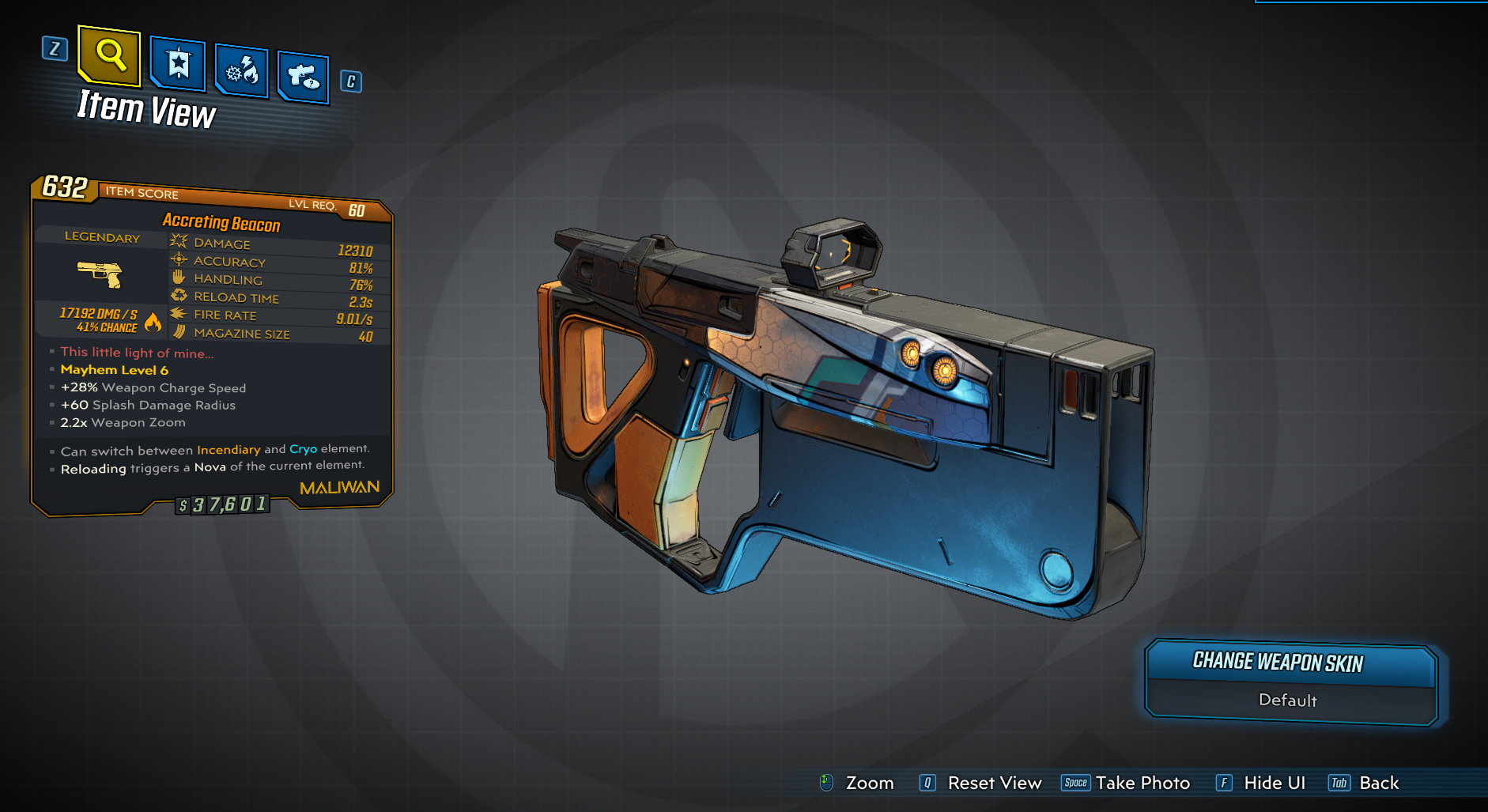 Beacon – Maliwan pistol. Can switch between 2 elements. High rate of fire ala Hellshock. Reloading triggers a nova of the gun’s current element. You can farm this from Jerrick Logan at Bloodsun Canyon (near the Presentation Room spawn point).Â 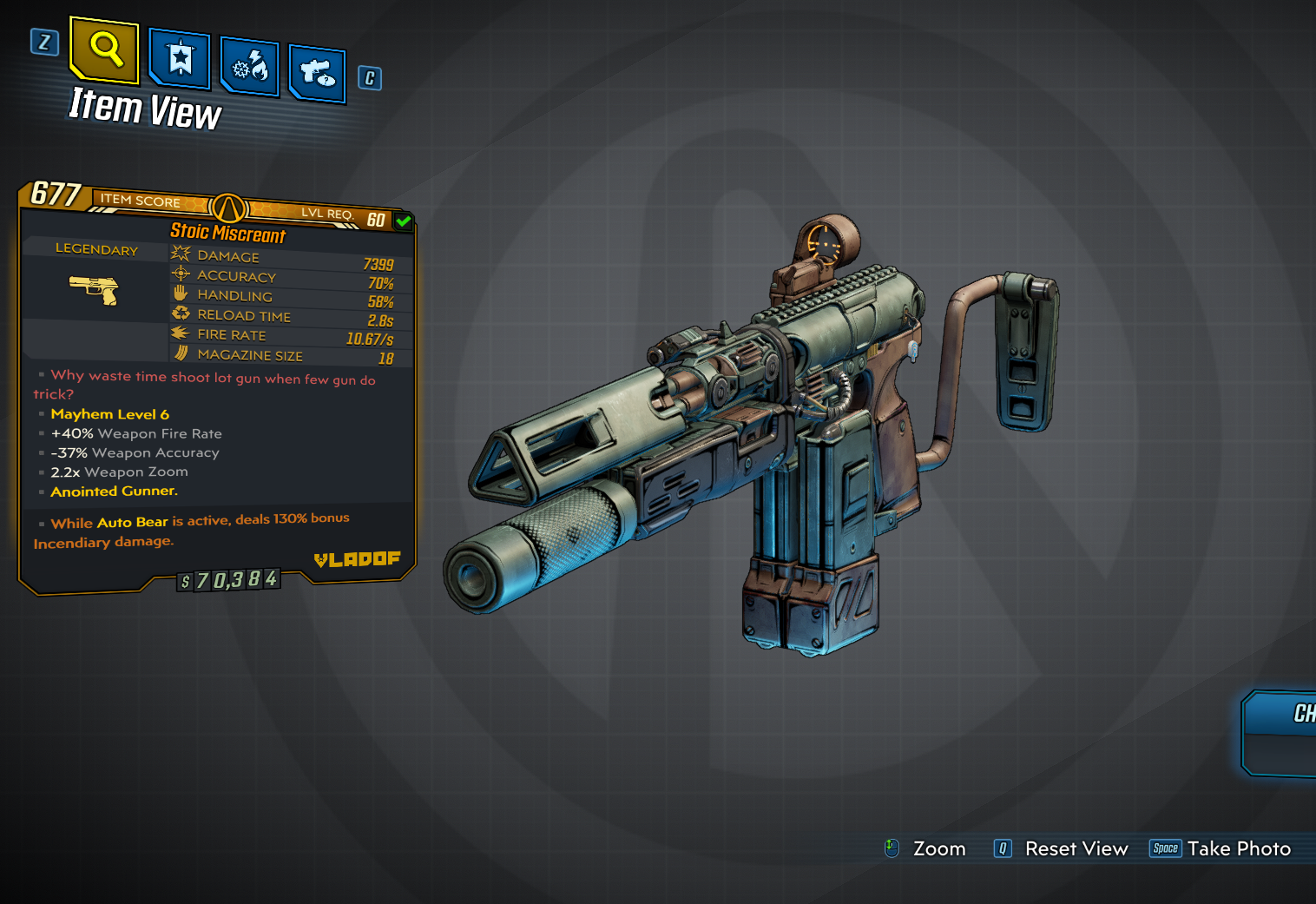 Miscreant – Vladof pistol. Fires explosives rockets that fly in a screwball trajectory. Comes with regular fire and double barrel fire; the latter is less accurate FYI. Farm this from the Quartermaster in Bloodsun Canyon; he’s the main boss of this stage. 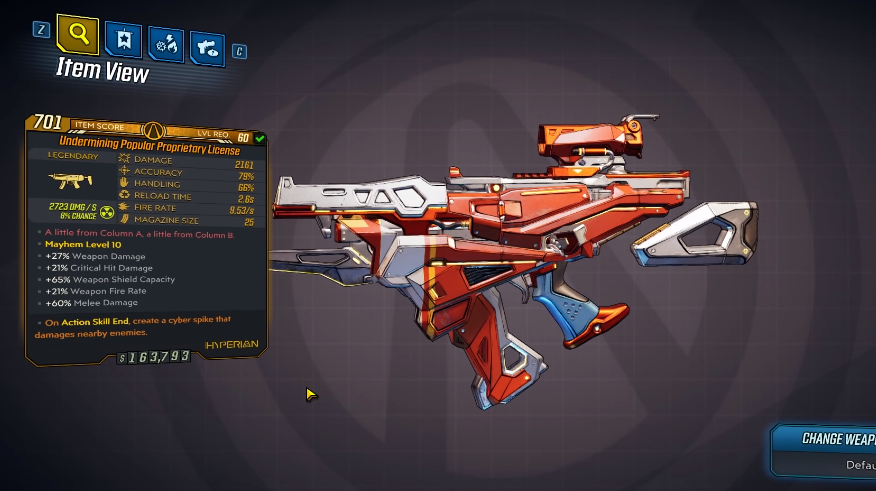 Proprietary License – Hyperion SMG. Bullets it fires will create sticky bombs that “drill” downwards to an enemy’s feet, then explodes. Critical shots also ricochet bullets to nearby enemies. You can farm this weapon from the Hydragonian in Obsidian Forest.Â 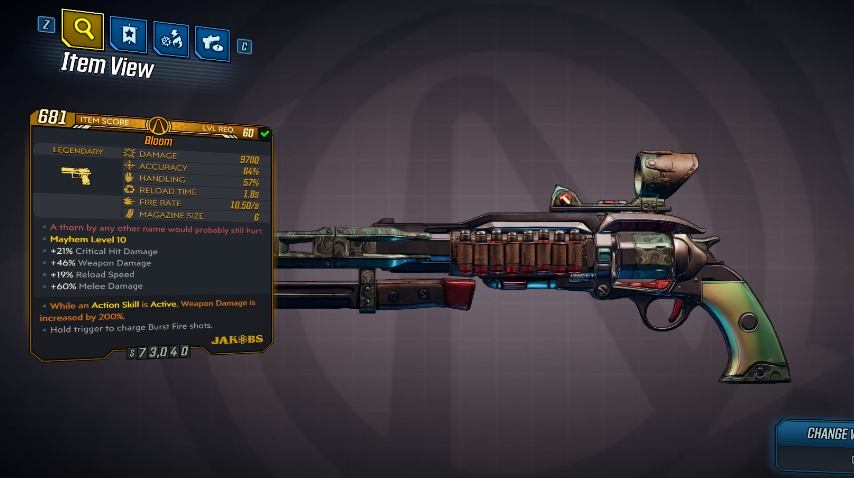 Bloom – Jakobs pistol. Hold trigger to charge Burst Fire shots. Farm it from Ruin (the last boss of the DLC) at Crater’s Edge.Â

Brightside – Tediore shotgun. If you land a critical, you don’t use up ammo. Perfect for a Fl4k build using Megavore. Farm this gun from Adelai Bronson in the Blastplains (near the Pump and Charge station).Â 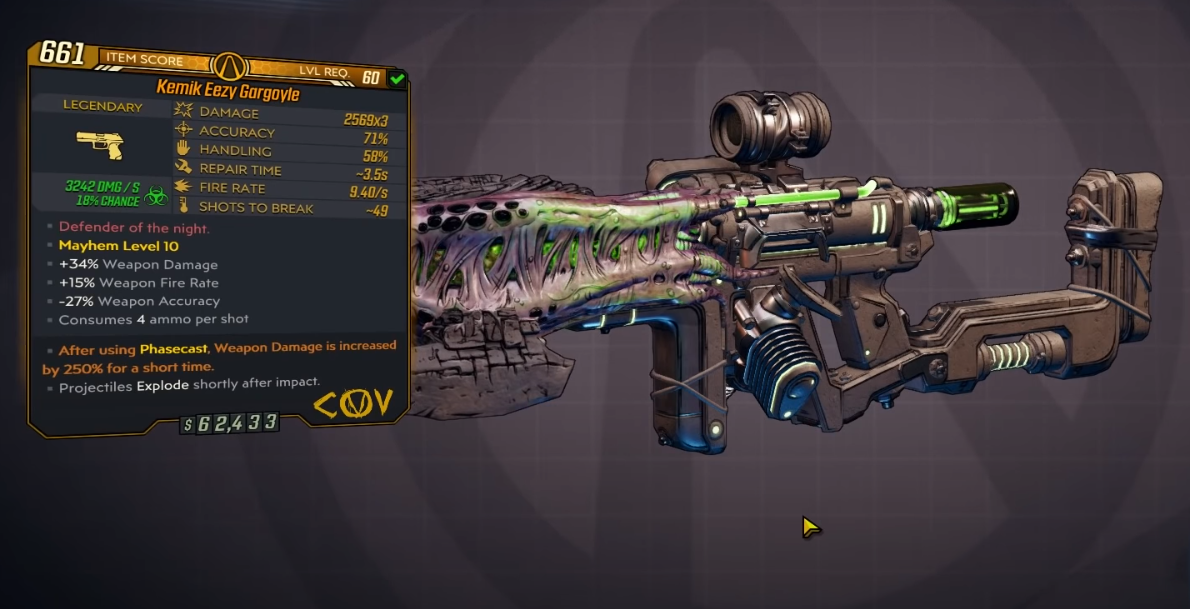 Gargoyle – COV Pistol. High rate of fire like an SMG. Corrosive only. Projectiles explode corrosive damage shortly after impact. Has friendly fire, so watch out. Can be farmed at Bloodsun Canyon from Dickon Goyle.Â 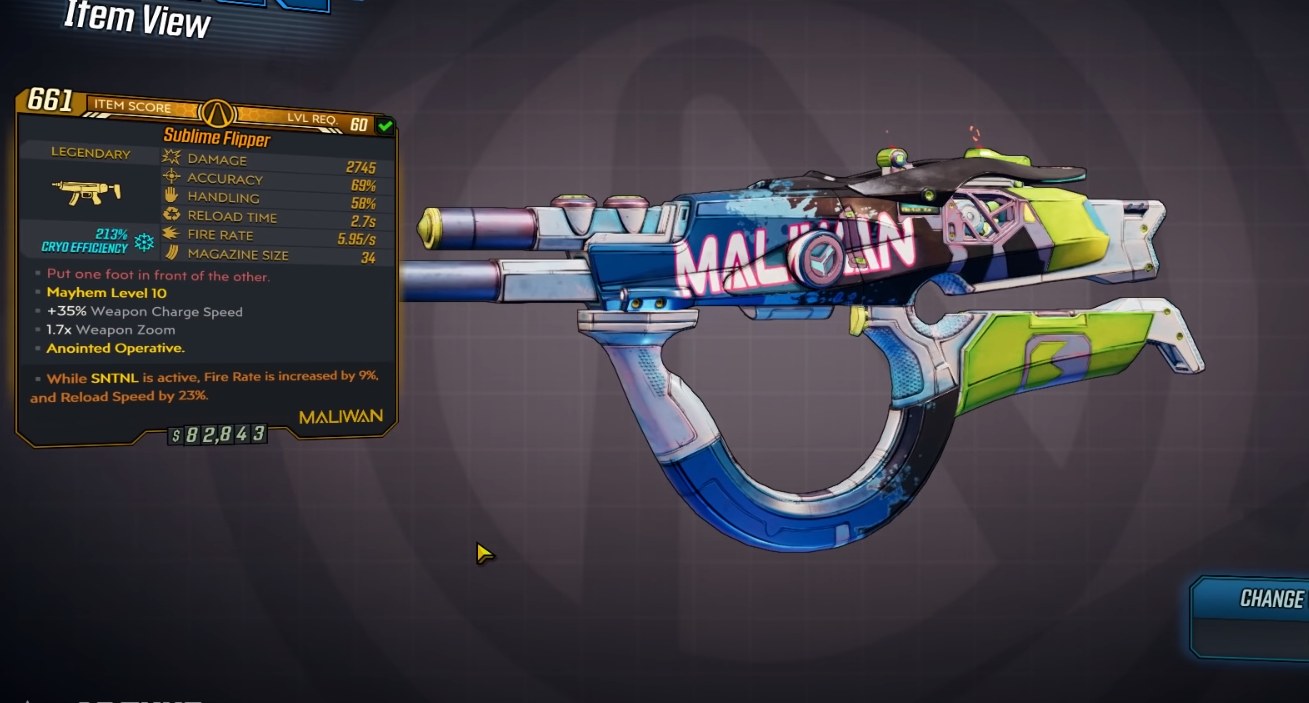 Flipper – Maliwan SMG with two switchable elements. Shots split into multiple bullet patterns in rapid succession. You can farm this from Minosaur in Bloodsun Canyon. 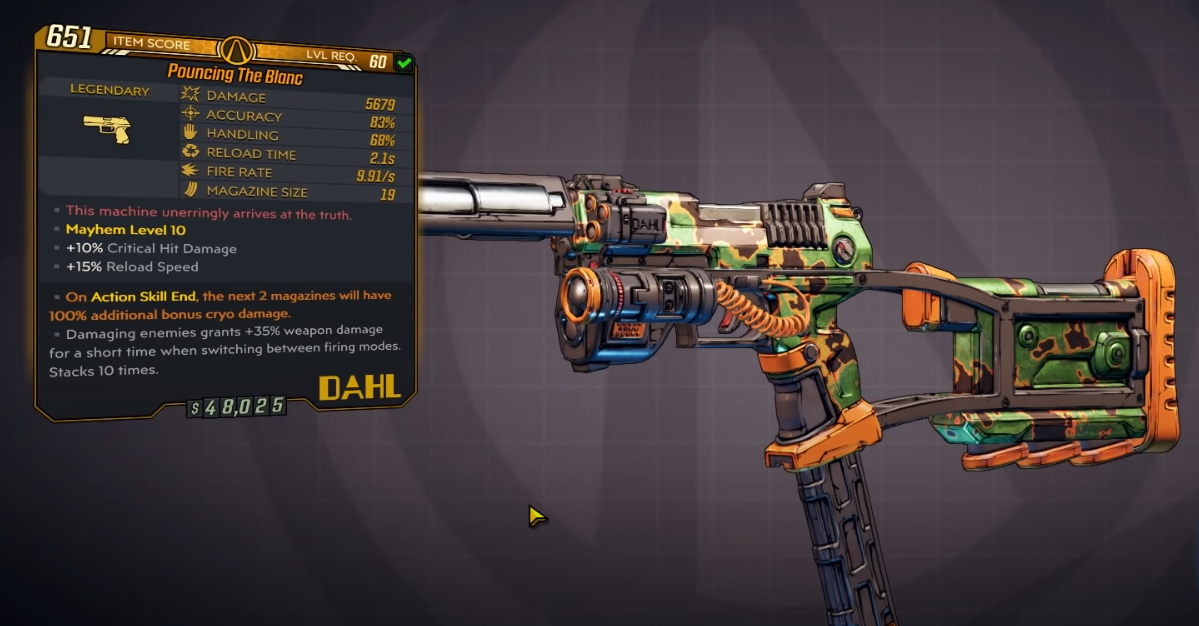 For instance, if you’re at 13 rounds and you reload, the bonuses you get are better in the next magazine. You can farm this gun in Ashfall Peaks from Haddon Marr.Â 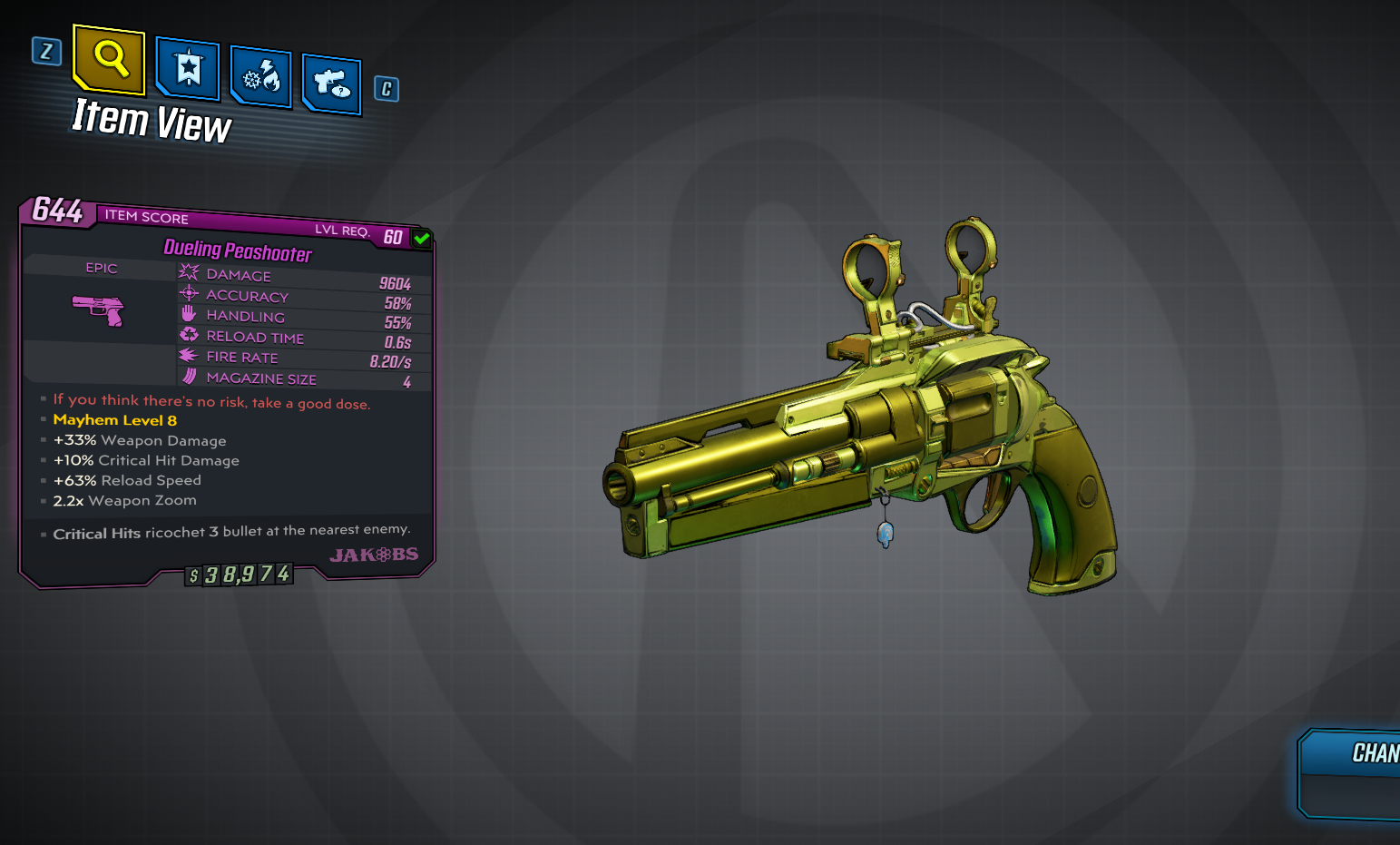 Peashooter – Jakobs pistol. Super-fast reload and fire rate. Drops explosives close to enemies if you get critical hits. It’s an Epic/Purple weapon, but so far it’s one of the best weapons in the current version of the game.

You can get this weapon by completing the DLC’s main quest “Blood From A Stone”. If you want the best version of the weapon, we highly recommend you hit level 60 before starting the DLC.

The Super Mario titles from Nintendo are arguably the most influential and iconic games around. Anyone who tells you otherwise is probably lying throu...

The next DLC for Far Cry 6 is out now, and it features Far Cry 4's most charismatic despot of Kyrat: Pagan Min. In the DLC, you play as the titular...