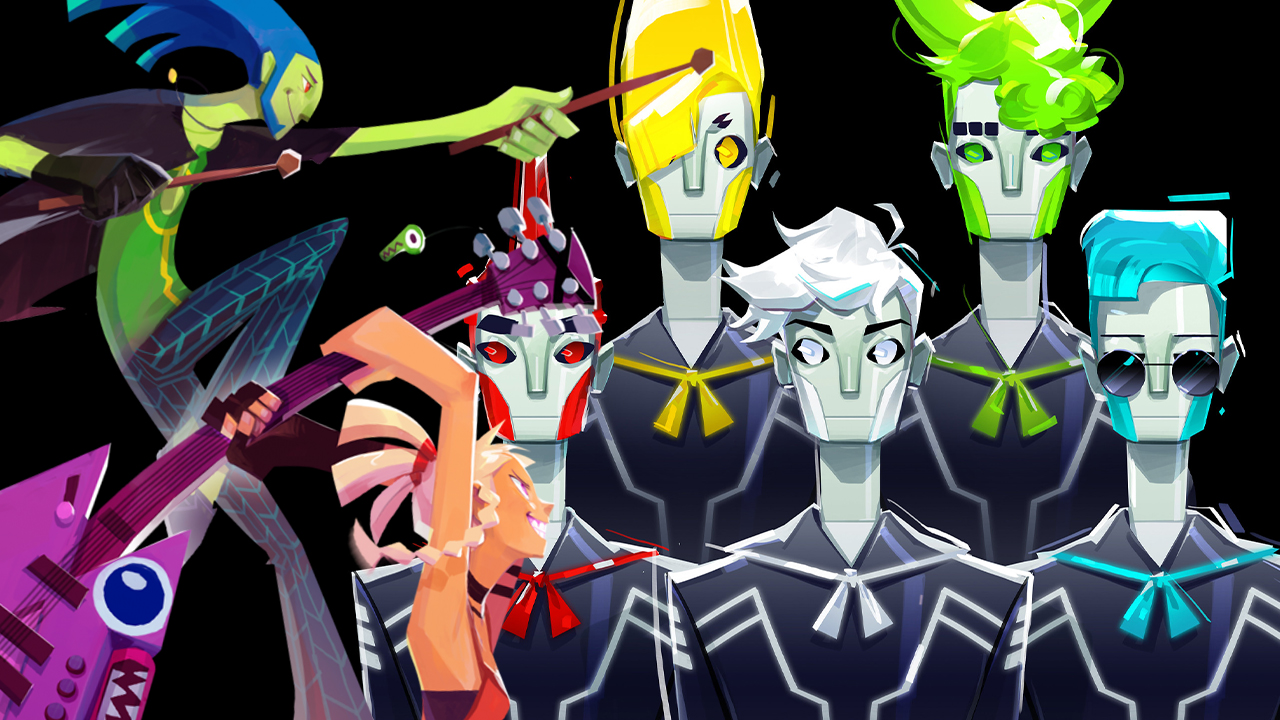 Disclaimer: This guide will be updated periodically.

We’ve had fun with No Straight Roads: it’s an action-packed game with well-thought-out music rhythm mechanics that gets more fleshed out over time. As such, it can be considered a one-of-a-kind title.

It can also be a bit tough for those not accustomed to hack-and-slash titles with new mechanics chucked in. Fortunately, we’re here to help and give you starting tips on making your road trip a bit bearable.

First off: keep your ear out on how the game’s music plays and follow its rhythm. All the major fights in NSR will only attack according to a particular rhythm and verse.

For instance, in the early bits of the incredibly trippy Eve fight, the elongated hand that shoots out the purple beam will only appear in sync with the BG music. Later on, she summons an elongated foot to stomp on you in sync at the end of a particular song’s rhythm.

Keep your eyes and ears out so that you can anticipate an attack when it hits. NSR’s aesthetics are meant to mesmerize you, but the only way to beat them with as minimal fuss as possible is to pay attention.

You can farm fan power by repeating boss fights.

Even if you’ve aced the first fight against DJ Subatomic Supernova, you can still replay the fight on a harder difficulty level. Why? Apart from aiming for a higher ranking, you can also earn a lot of fan power and unlock the skill tree to higher levels.

You need these to buff Mayday and Zuke up. Which brings us to…

Focus on the following skills on the Skill Tree.

Just like most action games, NSR has a skill tree. Go to your Sewer Hideout and access the Underground Gig section to check it out.

You should aim to unlock ALL the skills on these trees. Here are the ones you should start off with before unlocking the rest. Yes, we’re perplexed as to why each individual skill are lacking names.

Whether it’s Mayday’s boomerang projectile Mod that requires a bit of right analog finagling, or Zuke’s “music note” attack that requires you to mash the attack button, both share the best benefit in a hack-and-slash game: temporary invincibility.

If there’s an enemy attack that you can’t figure out the timing or pattern to, just press your Mod Skill button. It’ll save you and can probably take a bit of life from a boss. With this trick and your fully-upgraded skill tree for Mayday, Zuke, and Bunk Bed Junction, it’ll be slightly less aggravating to get that S ranking for each boss fight.

Next: SHOW ME THE BOSS FIGHTS & HOW TO DEFEAT THEM!