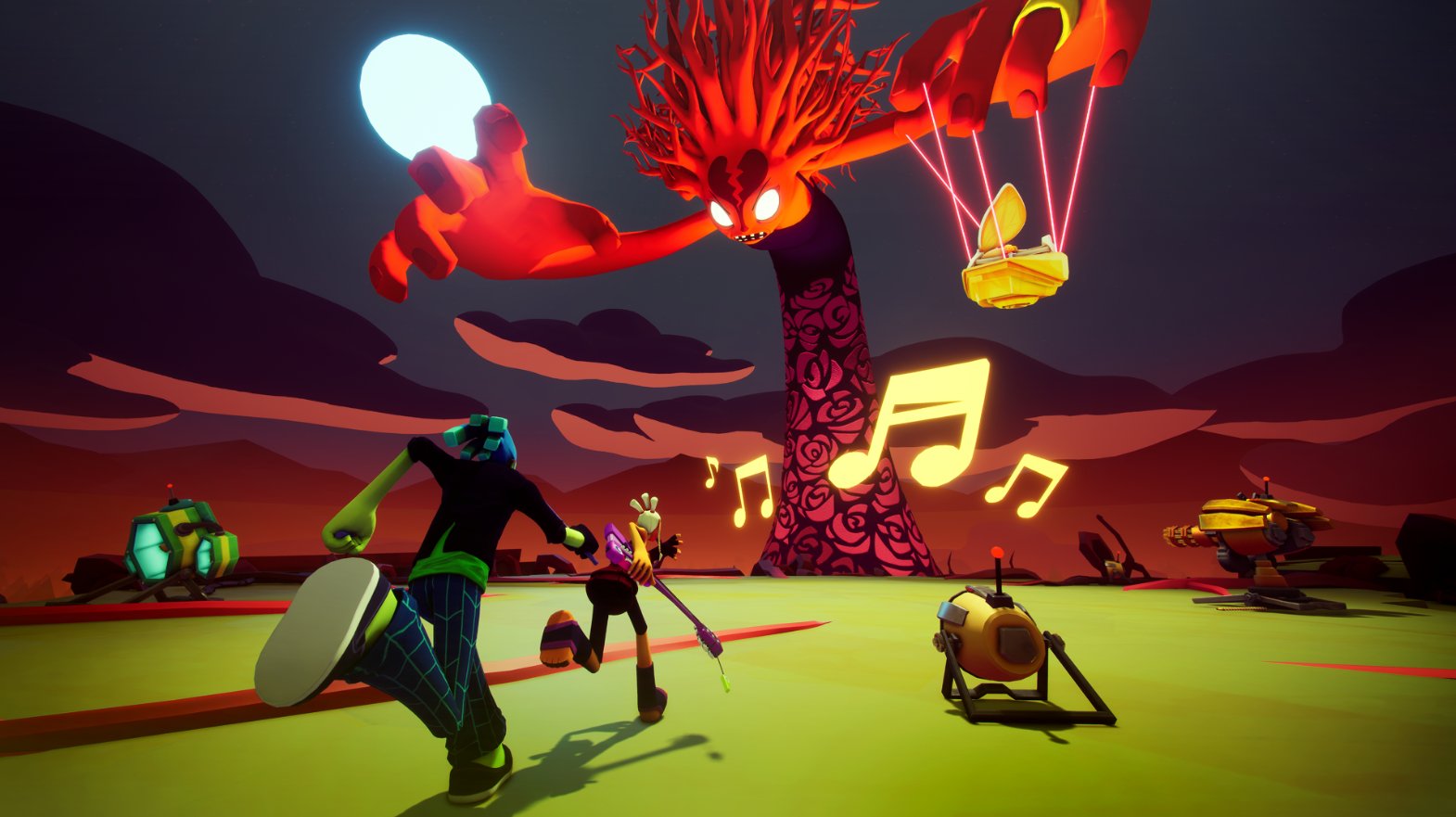 We dug our time with Metronomik’s music-laced action game No Straight Roads, even with its technical bugs & quirks. The devs know this too, so leave it to the company’s CEO Wan Hazmer to release a video talking about it, as well as dish out some protips on the game’s harder segments.

He details some of the bugs in the game, which include players falling off the transition rails during the Sayu boss battle and health hamburgers not popping up during the DK West rap battle for other versions of the game like the Xbox One.

While the team is working on a patch for the game, he also offered some advice on the following critical bugs in the game:

-After a fresh install, don’t start the game right away with the third save slot as it will mess with the main menu & the save will not appear in the Load Game screen later. The save is still there.

Start the game again in Slot 1 up until you’re in front of the planetarium and the Auto Save icon appears. Exit to the main menu and your save file in the third slot will appear.

-If you’re playing in two-player mode, only have one of you activate the rails in Sayu’s battle. Activating two different rails at the same time will cause both of you to fall.

-If the Audition is not proceeding as expected, please ensure that the HUD in Options is turned on before you start the game.

-If the voices sound messed up, restart the game.Â

–At the NSR Tower fight (spoiler link FYI), do not hit the boss with long-ranged attacks or special skills when the boss is on the higher platform. A blocker bug might trigger.

The intended goal of this phase is to hit the glowing crown circling around the stage before time runs out. You can hear the ticking sound getting faster. Otherwise, the boss will unleash the rewind mechanic that brings you to the previous phases. This bit is intentional.

He also brought up the DK West rap battle which involves you moving a hand icon on a lane and avoiding “bulls” to preserve your life. While the first DK West fight is compulsory, the other two fights are optional. Thus, the devs went all-out with the difficulty for these two battles and designed them as such to bring out the rhythm sense in players.

They’re quite a handful, we’ll confess, but he did bring up some protips, like the notes light up when the “bulls” reach the end of the line and also seeing the top bit of the screen to get a forecast of where to dodge at.

The only major bug I’ve come across include getting hit when the transition cutscene between Yinu’s phases happen (specifically the final phase), dying from that while the cutscene is playing, and having to restart. Other than that and some camera issues that are tied to core problems with action games with fixed perspectives, my experience has been pretty smooth and fun for the most part.

For our review on No Straight Roads, head here. We also have a guide if you’re stuck.