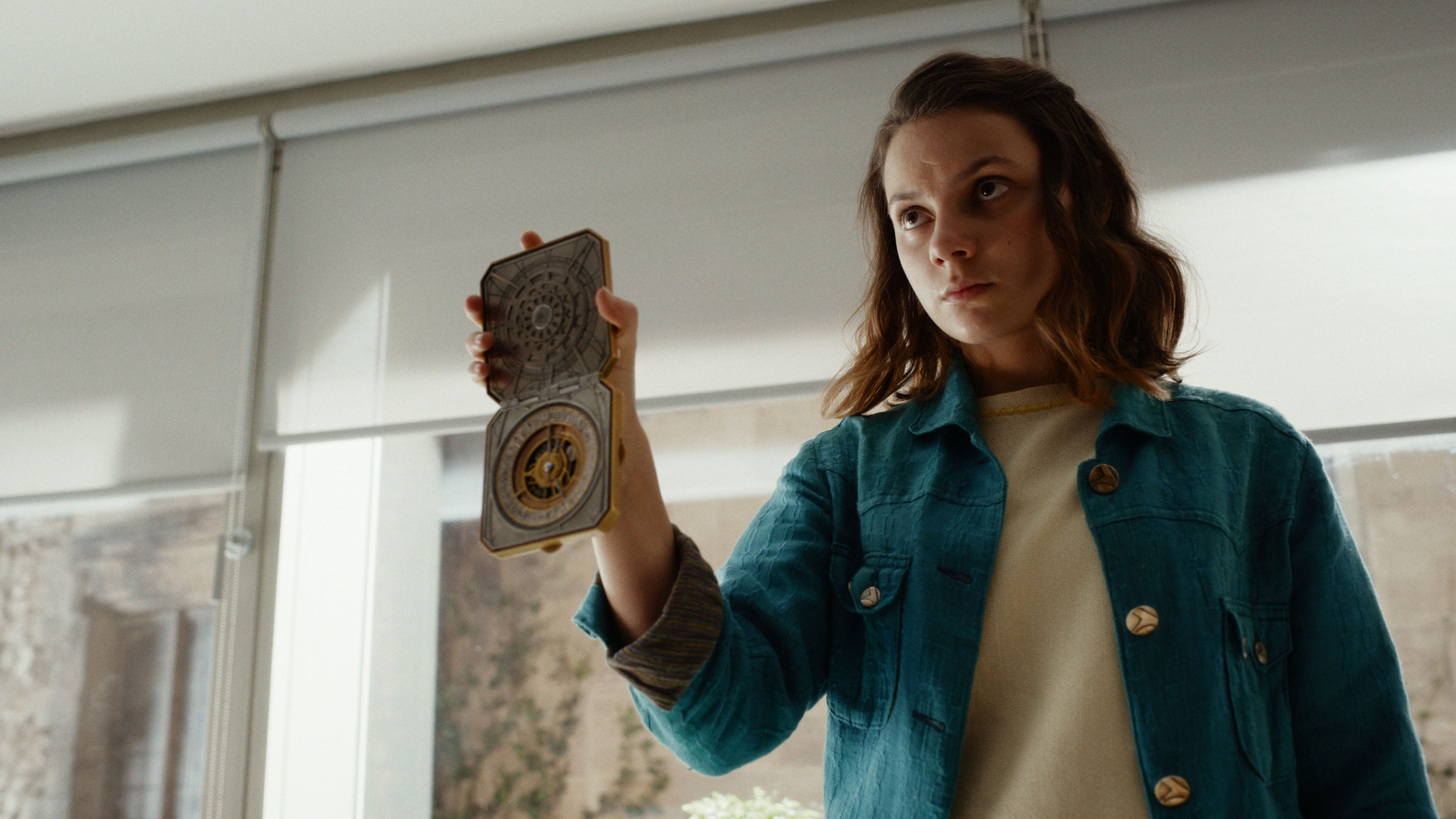 The second season is finally here. While the first season was pretty impressive, it felt a bit bland and suffered from pacing issues, but most importantly, for a fantasy series, it lacked a certain amount of magical spark.

His Dark Materials Season 2 opens up the series a little bit more, both literally and figuratively, as everyone now realizes that the portal/window of light that opened at the end of Season 1 actually leads to other parallel and alternate worlds in the multiverse. That’s the main crux of the series, and thankfully, more fantasy elements come into play as a result.

Welcome To The Multiverse

What makes the plot flow more freely this time around is because of the two young protagonists, Lyra Silvertongue (Dafne Keen) and Will Parry (Amir Wilson). We learn more about each world organically through the experiences of (and exposition from) these two protagonists.

It’s much more intriguing now that every world has its own set of rules. For instance, the first world that Lyra and Will enters is almost devoid of adults. Why? Because ‘spectres’ go after older people and turn them into zombified husks.

Lyra is still reeling from the death of her friend, Roger, from the end of last season. It’s a testament to Dafne Keen’s incredible emotional range and performance that we see her desperation and determination to learn more about Dust, the mysterious substance that’s vital to how the multiverse works.

Meanwhile, Will is looking for his father, and somehow his quest is intertwined with that of Lyra’s. As the plot progresses, we learn more and more about how they’re both connected to each other.

Lee Scoresby (Lin-Manuel Miranda) is as charming as ever and Marisa Coulter (Ruth Wilson) is as menacing as she was in the first season. The performance of the supporting cast are all mostly fine, but the biggest MVP remains Dafne Keen as Lyra. Without her, I don’t think His Dark Materials is really compelling enough to watch.

We were introduced to the magic-wielding witches near the end of Season 1, but Season 2 gives them a bigger role to play in the narrative. Of course, His Dark Materials is not exempt from popular tropes of the genre, including the role of prophecies, the technologically-superior antagonistic empire (the Magisterium), and more.

However, the Magisterium is distinguishable from other evil empires from other fantasy stories in that they’re a religious authority that imposes its will on everyone else, which is a direct criticism by author Phillip Pullman against the real-life Roman Catholic Church.

Due to the introduction of other worlds, we’re treated to more variety in locales and settings than the previous season. Though, we’re still spending most of the screentime in Oxford, London.

Halfway through the first season, we discover that there’s a MacGuffin, and it’s this MacGuffin that drives the narrative forward in the second half, rather than simply everyone else looking for Lyra.

There’s nothing wrong with focusing on world-building rather than character development or narrative, but the series takes too long to reach the exciting parts.

Unfortunately for those who couldn’t stomach the first season, the second season still suffers from similar problems as the first. His Dark Materials just feels less epic than it should be, especially from HBO, the same network behind Game Of Thrones and Lovecraft Country.

Maybe that problem can be attributed to the fact that His Dark Materials is a co-production between HBO and BBC, which might mean that it can’t take as many risks as other HBO shows normally could. Sure, the source material isn’t R-rated, but they’re not specifically for children either.

For those who don’t know, Phillip Pullman intended his original trilogy of novels to be anti-religion of sorts. While that doesn’t mean they’re for adults by default, it should mean that they’re not meant to be like usual fantasy fare such as Narnia or The Lord Of The Rings.

As it is, His Dark Materials feels too tame and doesn’t know who its target demographic is supposed to be. It’s too slow for younger viewers, and like I previously mentioned, too tame for older ones. It’s a shame, considering the huge potential of the series.

Another major issue is the glaring absence of a character that’s mentioned throughout the season but doesn’t appear even once. James McAvoy’s Lord Asriel is MIA. He was initially slated to appear in a special episode, but that won’t be happening any longer.

Apparently, though, it appears that the book on which Season 2 is based on (The Subtle Knife) doesn’t actually feature Lord Asriel at all, so fans of the books will be happy that this new season will be a faithful adaptation, at least.

His Dark Materials Season 2 has better pacing and is overall an improvement on the first season. Returning fans will enjoy what’s on offer, but those who didn’t find anything to like in the first season probably shouldn’t bother.

His Dark Materials Season 2 will premiere on 17 November 2020 at 10am GMT+8 on HBO GO and HBO (Astro Channel 411 HD) with an encore at 10pm GMT+8 on HBO. New episodes premiere every subsequent Tuesday at the same time.

What Stan Lee Means to Me: Celebrating the Legend and the Man