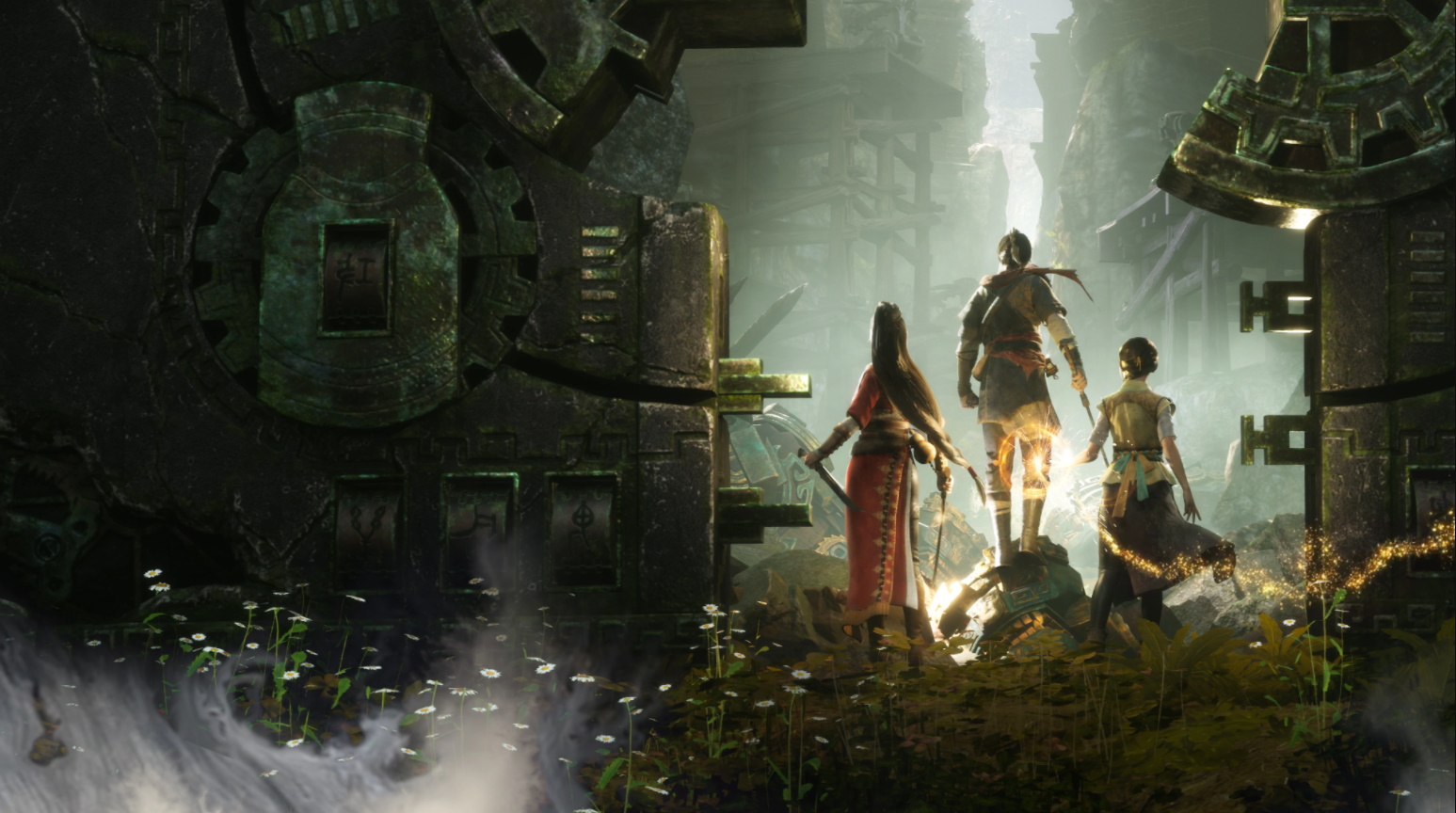 In Xuan-Yuan Sword VII, an action RPG from Softstar and a few other Chinese developers, your hero Taishi Zhao can switch between five attack stances, each of them with their own melee-styled attacks. You have the Wolf which gives you a Dante Stinger-like move to lunge at opponents and combo them, and Bear Stance which lets you do a heavy-hitting mid-ranged attack but with a slow startup. Each of them uses up stamina which replenishes quickly and help expand your repertoire of attacks, should the situation calls it.

On top of that, your little sister and your Mohist childhood friend tag along with you as support characters, either pelting enemies with long-ranged spells or attacking them with melee sword attacks that double as drawing aggro. In theory, this could make for a pretty rich action-RPG experience if the challenge is fair and the AI is perfectly-tailored.

Pity all those stances, party, and stat boosts don’t mean jack, because ALL of Xuan-Yuan Sword VII’s enemies and bosses do not have hitstun animation, recovery and flinch states, and openings. None. Usually in better action games, grunts and lower-level foes will get hit-stunned by your sword swings and melee attacks to give a fair challenge, balance the game out, and give that sense of gratification. Even the tougher enemies will at least flinch to some attacks from a hero who’s beefed up for the final stage. Your companions can’t do much either, as they’ll be downed quick no matter how competent they work since they’ll always be in the line of fire of these mobs.

Imagine if EVERY enemy in Streets of Rage 4 did not flinch when you attack them, even down to the Galsias. And if your punches’ hitbox are so strict that you’ll totally miss by a few pixels away. That’s the entire Xuan-Yuan Sword VII fighting experience, and it is frustrating as all hell.

Even when you parry attacks and they take damage, and even if you can knock them down with attacks from the Bear Stance, they still move and proceed to their next possible-fast-and-game-ending attack, shrugging off your massive attacks like it’s just a mosquito bite.

To say this is unfair is a huge understatement. Granted, bigger enemies should not be able to get stunned or go on a keel animation after being hit (and rarely to boot). But to apply this to even the goblins, the archers, and grunts? That is just very bad game design and terrible game balancing. The game lets you lock onto enemies, but your attacks feel to small and specific to even land certain blows sometimes. It feels restrictive at times, to the point where you just want to use free-aiming for your attacks, and even that feels like your moves don’t cover good ground and hit enemies even if you swear you didn’t miss. It’s that bad.

Top this off with your character tumbling so hard when he gets hit, stupidly-placed checkpoints for certain fights (where you have to go through a ton of cutscenes before a boss that can kill you with blight status effect quicker than Trump exiting the Oval Office), as well as parries and attacks not coming out as intended even though you mash that spacebar or block button, and you have a clusterf*** of an action game that builds up massive frustration. Oh and the game crashes too on occasion, so that doesn’t help one bit.

It’s a shame too, because there’s a lot of promise with this action game. The Elysium upgrade system lets you upgrade anywhere and anytime. There’s a lot of customizability if you put effort in grinding it. The aesthetics are nice. The game’s story is interesting and unique if you’re into Wuxia fantasy stories. But all that isn’t going to save the fact that the core fighting and action RPGing is pretty broken and lackluster.

Xuan-Yuan Sword VII has promise, but it fails in delivering a consistent and manageable experience. In meshing hack and slash games like Dark Souls, Bayonetta, and any mid-2000 mid-card action game out there, this action RPG feels like a hybrid that doesn’t know what to excel & focus on. It’s pretty & barely passable at best, but it’s not going to blow your mind and will frustrate you with later segments that feel unnecessarily cheap.

Thank goodness we have games like Genshin Impact that act as a harbinger of hope for high-quality Chinese entertainment. Because if this paper tiger is representative of all the country’s gaming, the scene is screwed.

Auto Chess, A Dota 2 Mod, Is Getting Its Own MOBA Game. Wait, What?