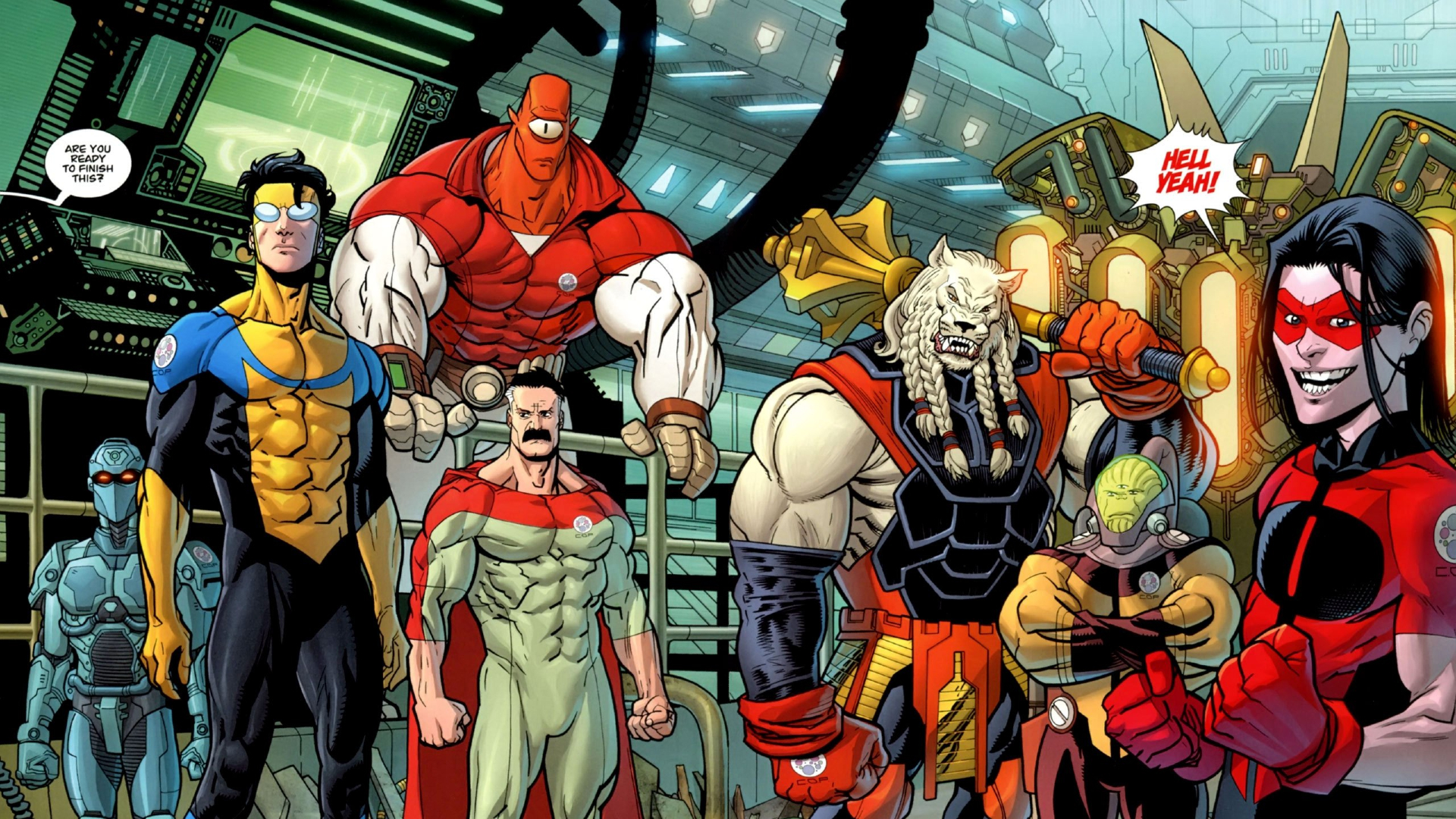 Speaking with Entertainment Weekly, Kirkman said that the Invincible live-action movie is in very early development but it will be separate from the Amazon animated series:

“That is still very much in development.

But we’ve been fortunate enough to have a two-track plan with Invincible.

Right now we’ve got the animated series at Amazon, which is now on the cusp of launching, and then we’re also still developing it as a film series with Universal, with Seth Rogen and Evan Goldberg attached.

So, those two things are still very much happening concurrently, which is somewhat weird, I guess.

But there’ve been Spider-Man animated series and Spider-Man movies at the same time.

So, I think we’re in good company.

There will definitely be some significant differences between the movie and the television show.

People will easily be able to tell them apart… We’re definitely working to make sure that the two can exist and complement each other.”

According to Kirkman, animation became the preferred medium for an Invincible adaptation rather than a live-action adaptation because:

“There hasn’t been a mature animated version of a superhero show (before Harley Quinn debuted in 2019).

It’s a great way for us to stand apart in a crowded landscape.

But more than that, I think that it allows us to more properly adapt the InvincibleÂ comic.

There’s no way that we could keep this level of insanity up in live-action.

We would have to do a tremendous amount of bottle episodes to level it all out.”

It’s true, so much crazy shit happens in the comics that a live-action version would struggle to try to adapt everything faithfully.

Created by Robert Kirkman (and artists Cory Walker and Ryan Ottley),Â InvincibleÂ revolves around 17-year-old Mark Grayson who learns that he has inherited incredible powers from his superhero alien father, Omni-Man. The comic series ran for 144 issues from 2003 to 2018, with many spinoffs and its own cohesive shared universe.

Iâ€™m not mincing words when I say thatÂ InvincibleÂ is quite possibly one of the best comics Iâ€™ve ever read in my entire life, and itâ€™s definitely not like anything youâ€™ve ever read before. It feels like part Spider-Man and part Superman, with a lot of subverting genre tropes along the way.

InvincibleÂ will debut exclusively on Amazon Prime Video on 26 March 2021.

The King Of Fighters XV Delayed To 2022