Well, that was a bizarre episode. And things are already escalating super fast in WandaVision.

Iâ€™ll be discussing heavy spoilers from WandaVisionÂ Episode 3 so if you havenâ€™t seen them or want to avoid spoilers, nowâ€™s your chance to stop reading. 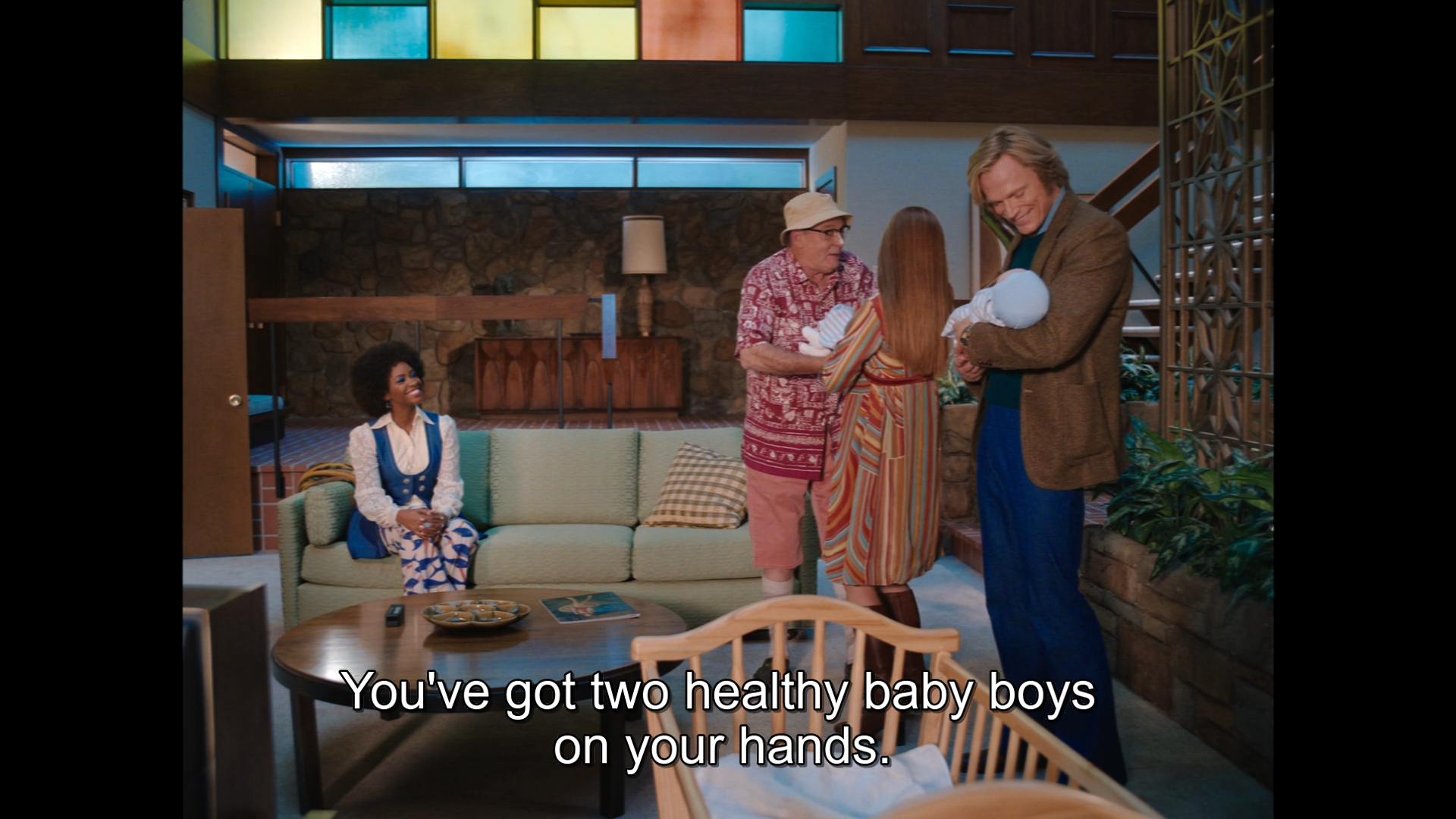 We only found out that Wanda was pregnant at the end of Episode 2. In Episode 3, she basically goes to being about nine-months pregnant and ready to deliver her baby in the span of a single day. She does deliver the baby twins in the episode, and guess what?

Their names are Billy and Tommy, just like in the comics. You see, Wanda has two children in comic book canon; namely William ‘Billy’ Kaplan AKA Wiccan and Thomas ‘Tommy’ Sheperd AKA Speed. It looks like WandaVision will be adapted these two and introducing them into the Marvel Cinematic Universe. 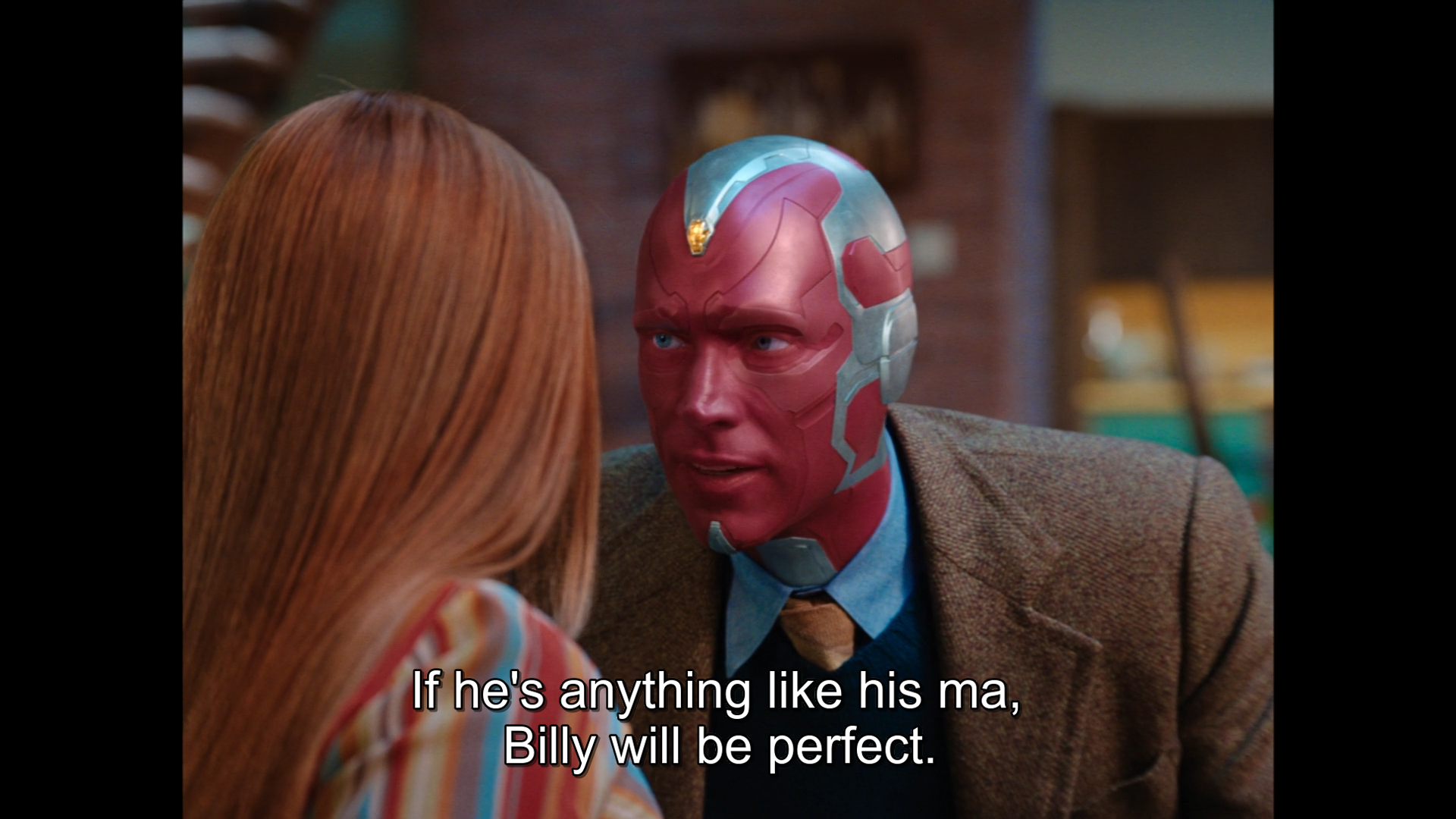 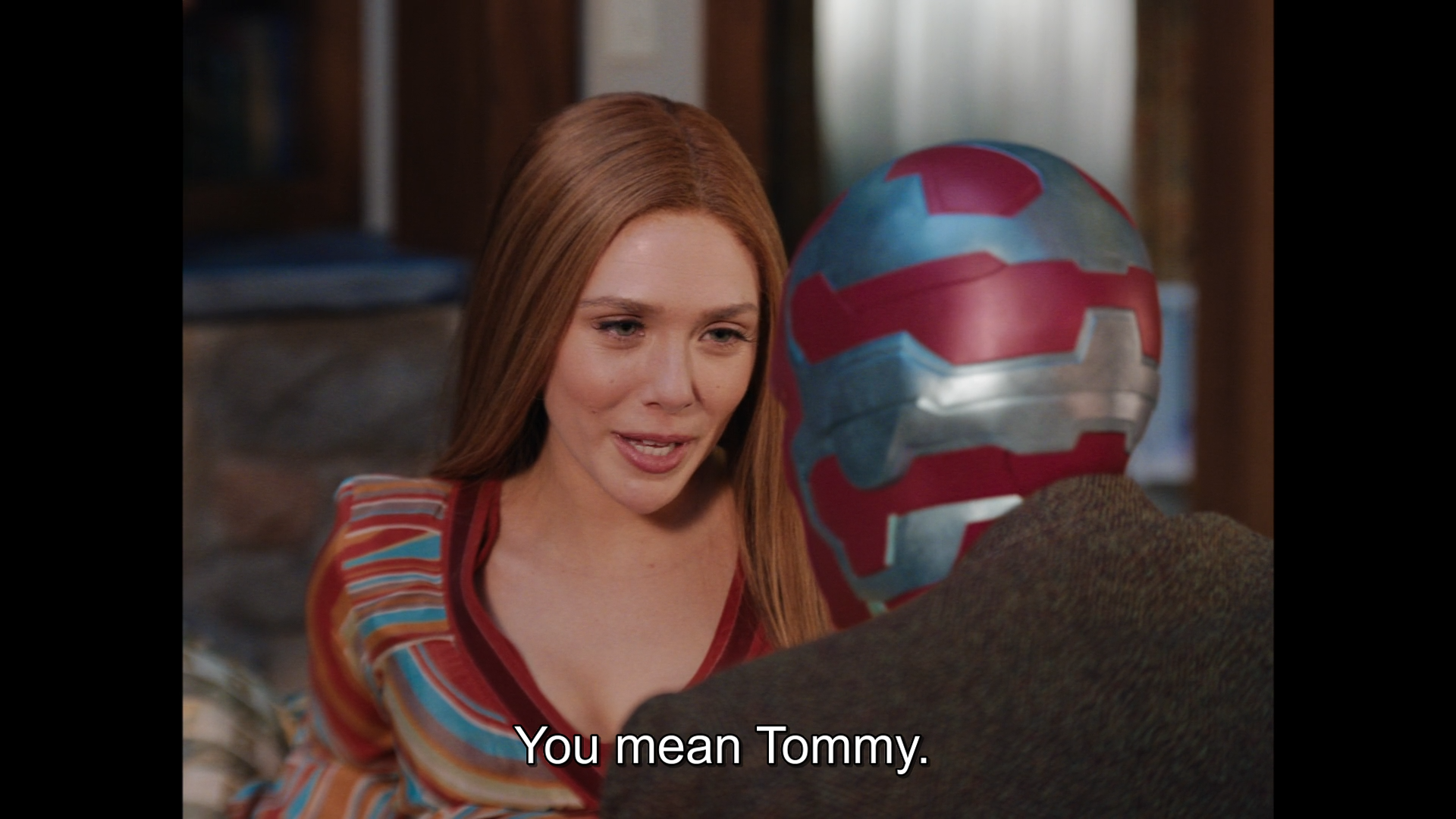 Why do these characters have different last names? It’s complicated, but basically, Wanda created the baby twins using her powers. However, not even the likes of her can create a human soul. Therefore, she unknowingly used the fragments of Marvel villain Mephisto’s soul to create Billy and Tommy. Unfortunately, they were later uncreated as their souls were reabsorbed into Mephisto, but the souls of the twins reincarnated into William ‘Billy’ Kaplan and Thomas ‘Tommy’ Sheperd.

It’s unclear if WandaVision will go the same way as the comics right now, but it sure looks that way. If that’s true, then those rumours of a future Young Avengers adaptation could also turn out to be true. 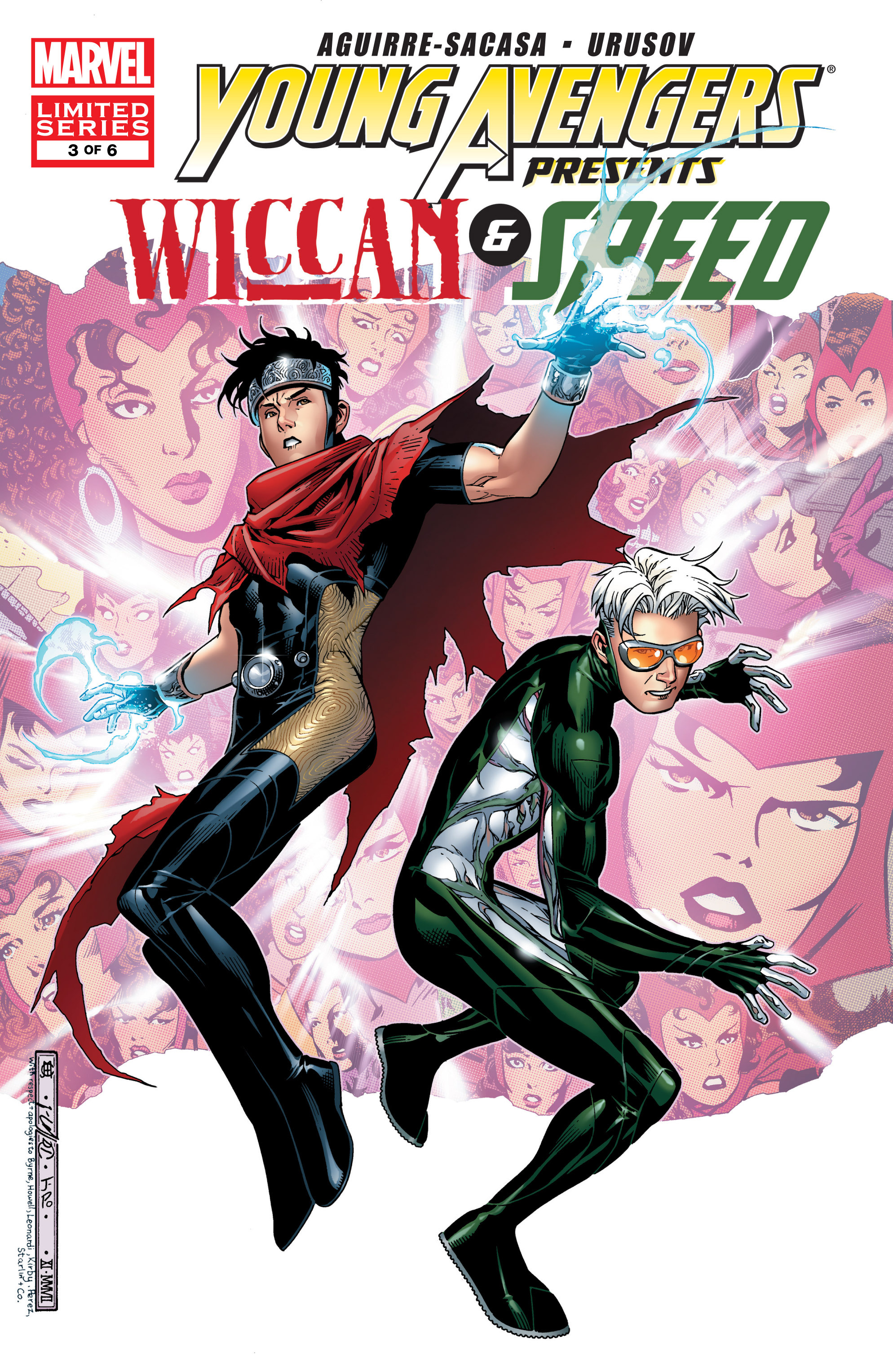 There Are Several Undercover Agents Of SWORD In Westview 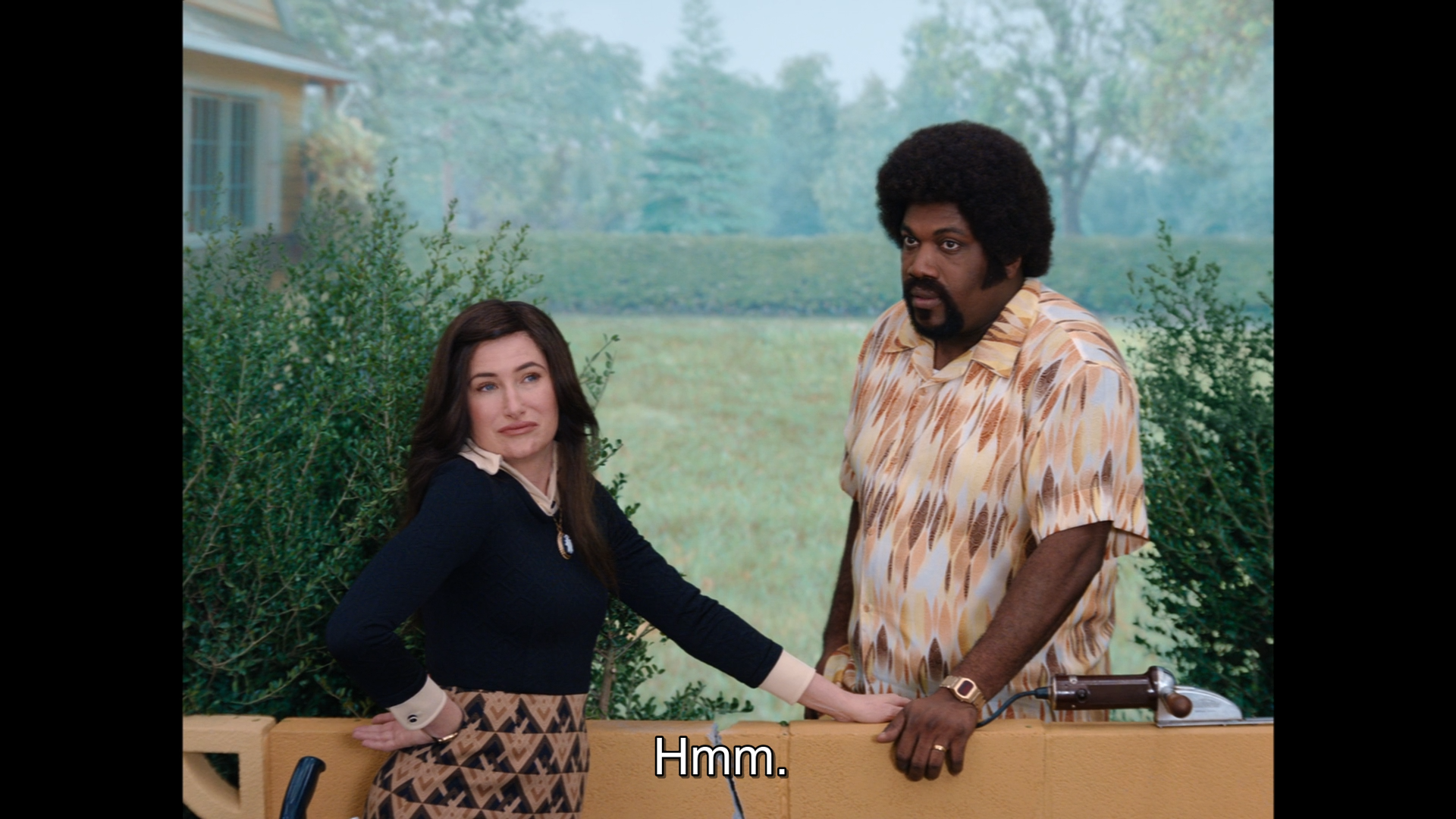 Westview is the name of the town that Wanda and Vision are living in, and it turns out that there are actually more than one or two Agents Of SWORD. As I’ve previously explained, SWORD is a new organization similar to SHIELD, and they’re trying to look into Wanda’s situation right now.

Thanks to Episode 3, we now know that Teyonah Parris’ Geraldine AKA Monica Rambeau, Kathryn Hahn’s Agnes and David Payton’s Herb are all undercover agents of SWORD. Geraldine/Monica can even be seen wearing the SWORD logo on her necklace, and that goes into our next easter egg/reference. 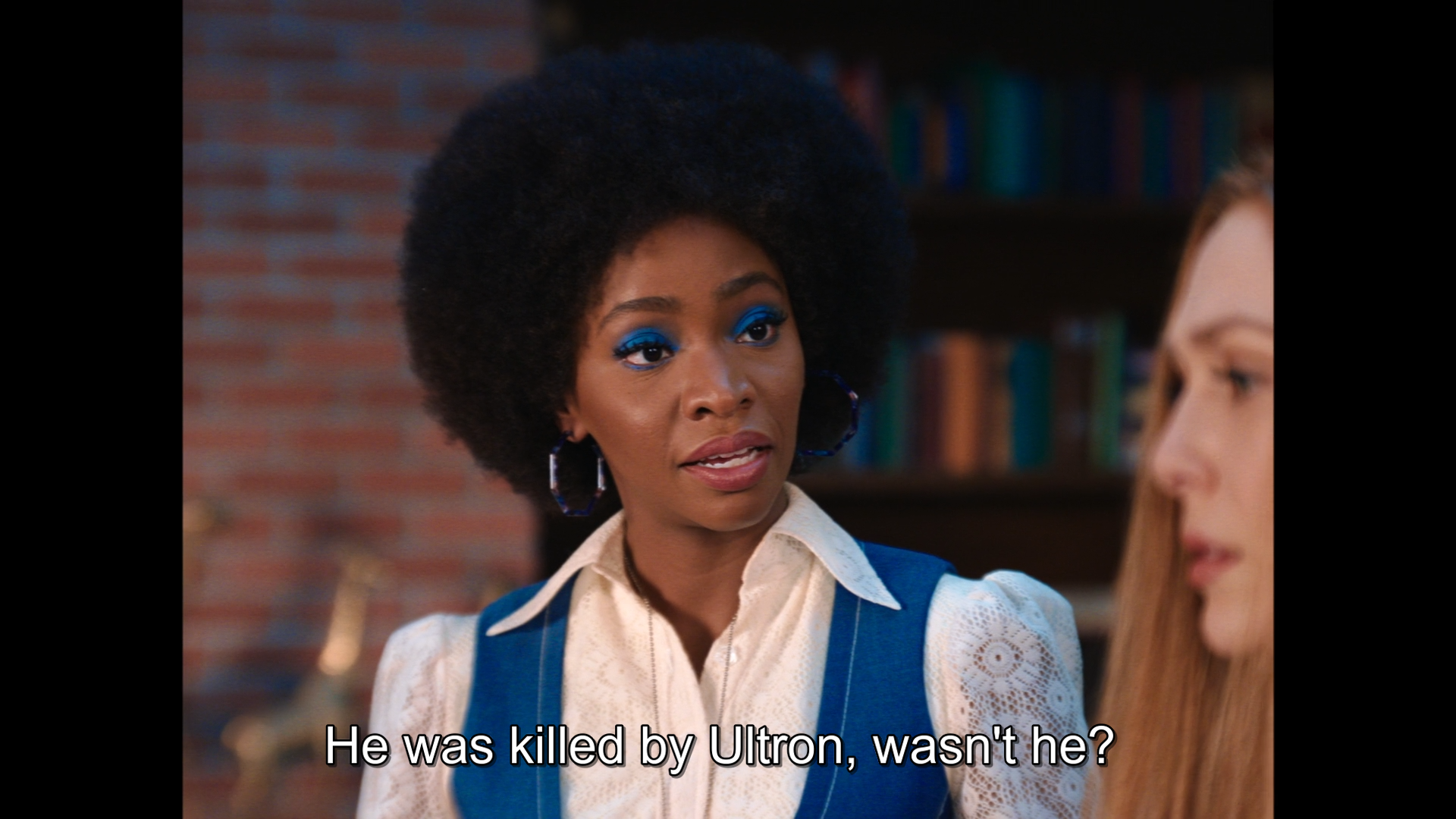 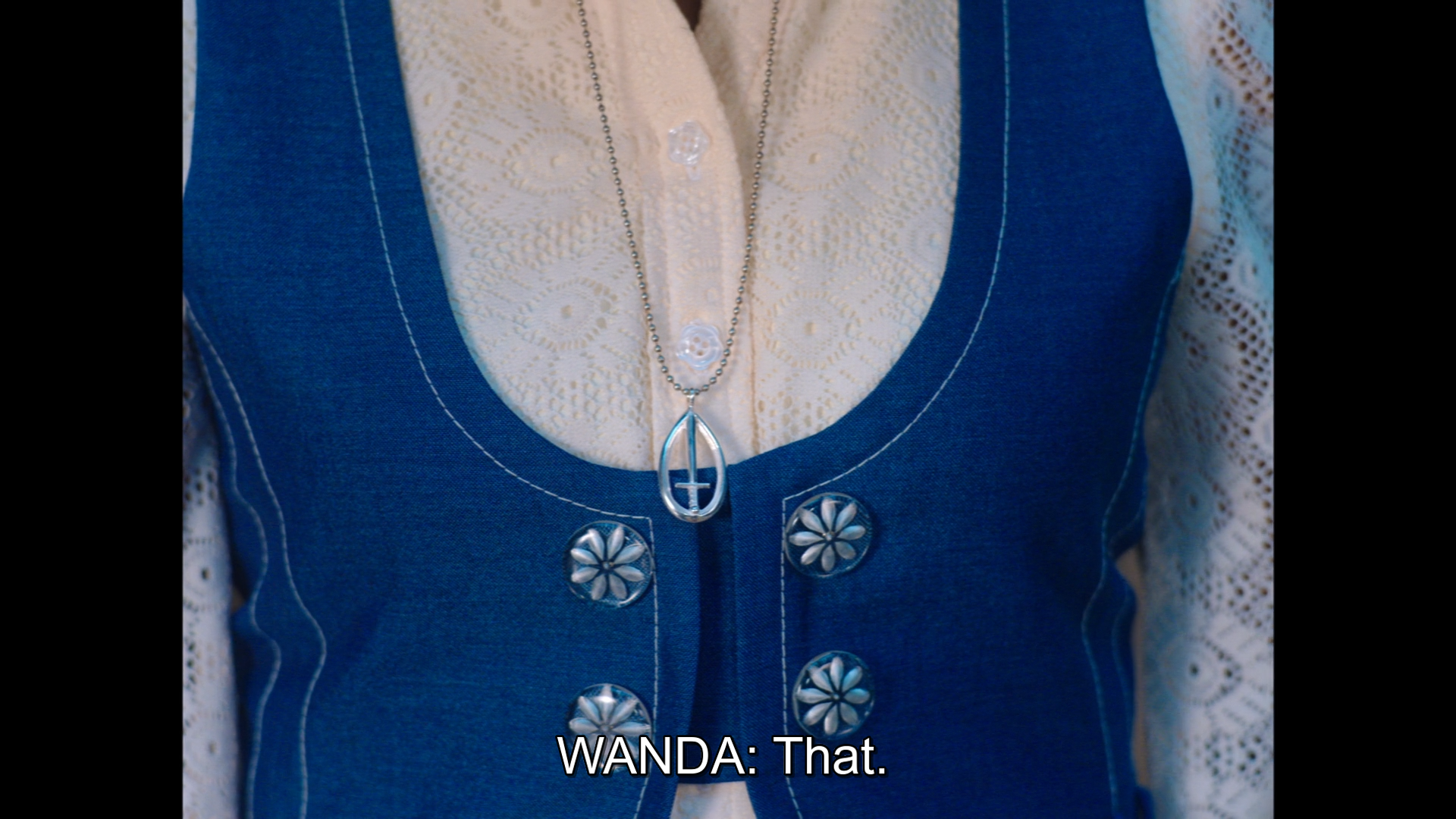 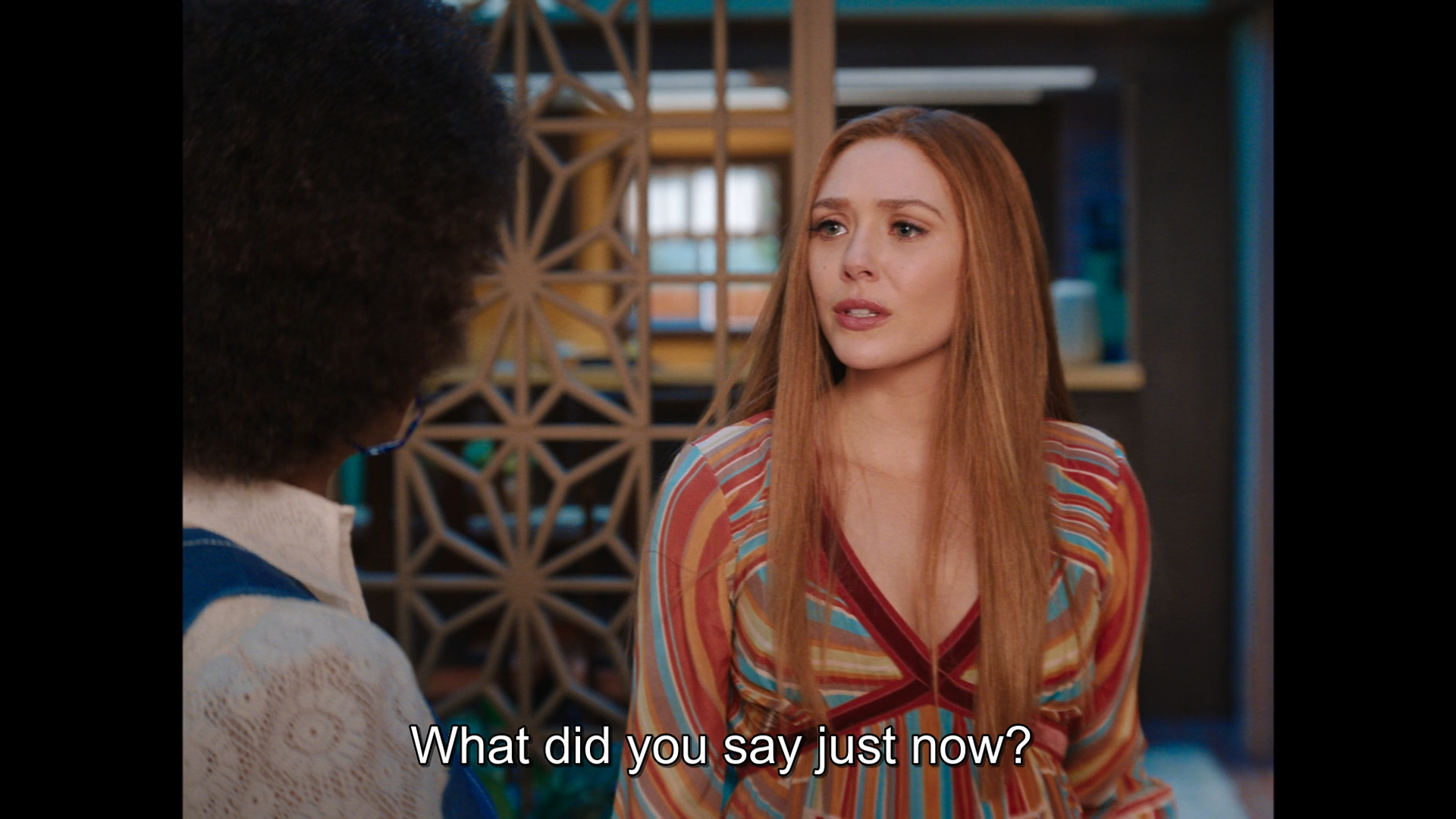 Many have wondered why Wanda has suddenly lost her Sokovian accent in WandaVision, especially considering that she has always spoken with the accent in the Marvel Cinematic Universe movies.

In Episode 3, Wanda mentions her dead brother, Pietro, after singing a Sokovian lullaby to her newborn children and shedding a tear. Geraldine/Monica notices this and accidentally reminded her that Pietro died at the hands of Ultron (as seen in 2015’s Avengers Age Of Ultron).

This triggered Wanda, causing her Sokovian accent to suddenly return in a chilling way, and that segues into our next easter egg/reference.

The Show Turns Widescreen In The Real World, Confirming That Westview Is A Fake Reality 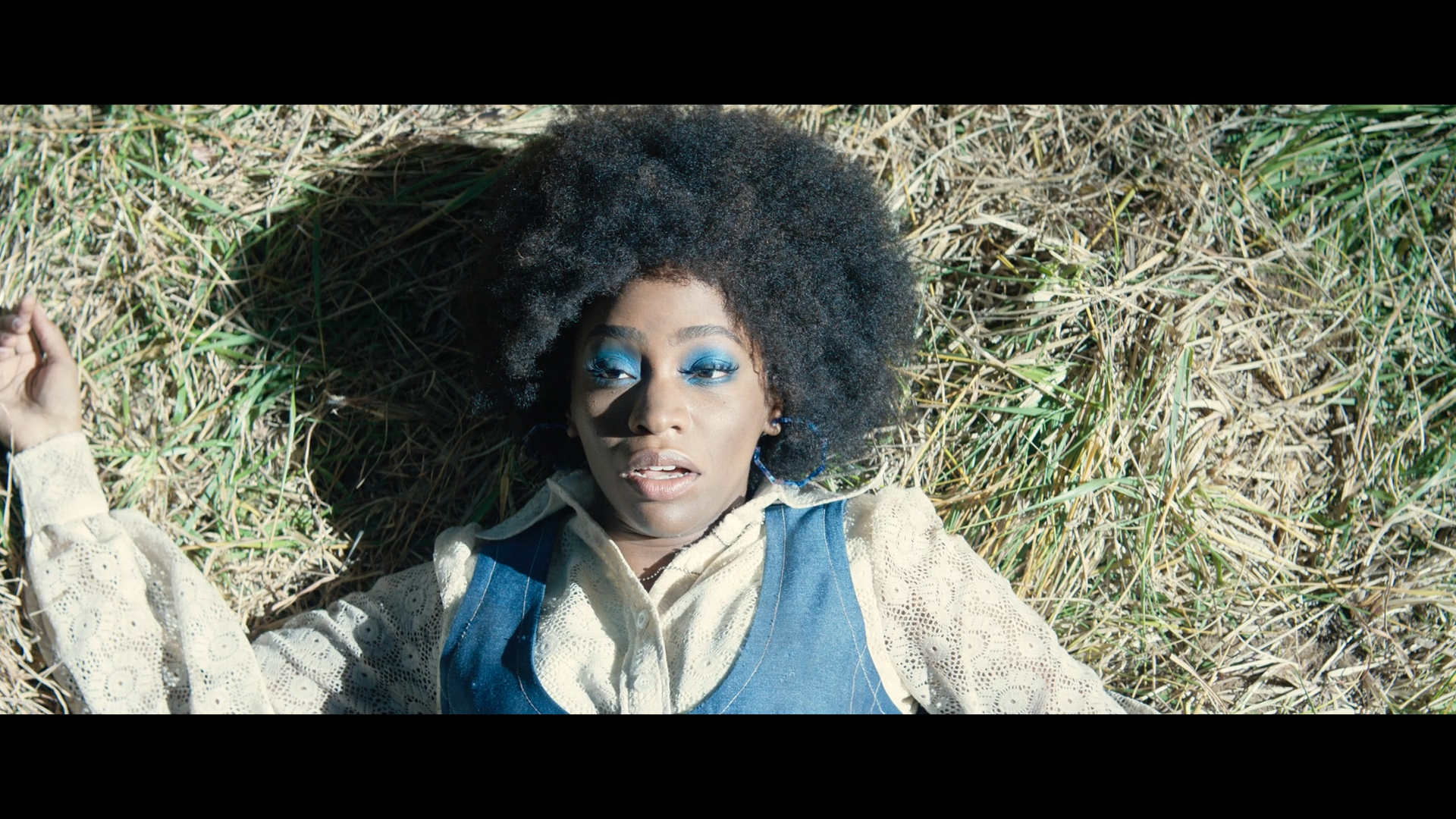 Wanda throws out Geraldine/Monica Rambeau from Westview. When Geraldine AKA Monica Rambeau gets thrown out, the screen ratio immediately changes to a modern widescreen, confirming that yes, Westview is indeed a fake reality seemingly created and maintained by a delusional Wanda.

WandaVision Episode 3 ends with Monica (let’s stop calling her Geraldine at this point) lies on the grass getting surrounded by a platoon of who might be SWORD agents. This is interesting because it might mean that the fake reality is in danger of getting breached, and Wanda will get even more defensive and darker in future episodes. Plus, future episodes will probably finally depict the outside world instead of just Wanda and Vision’s lives in Westview. 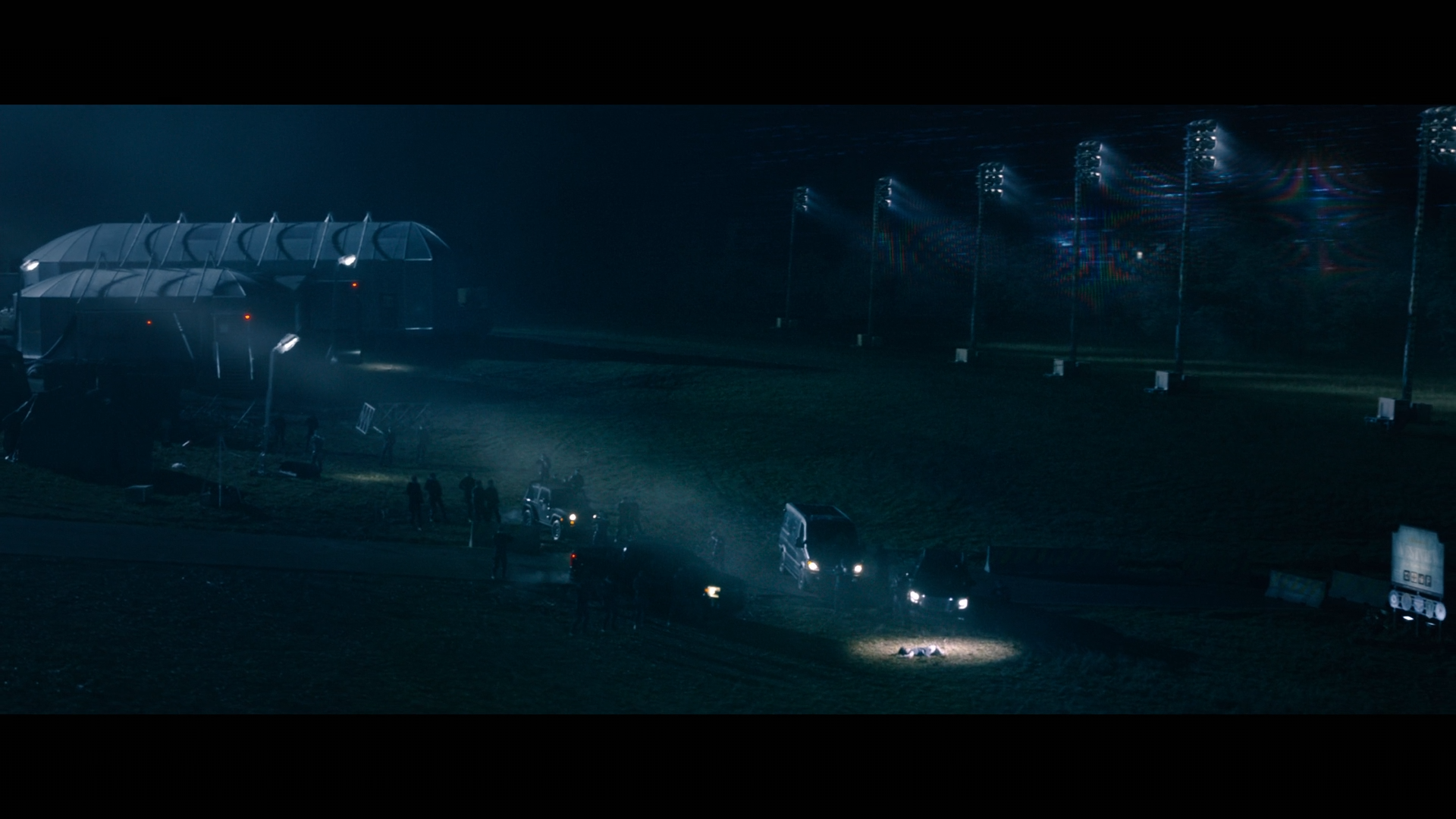