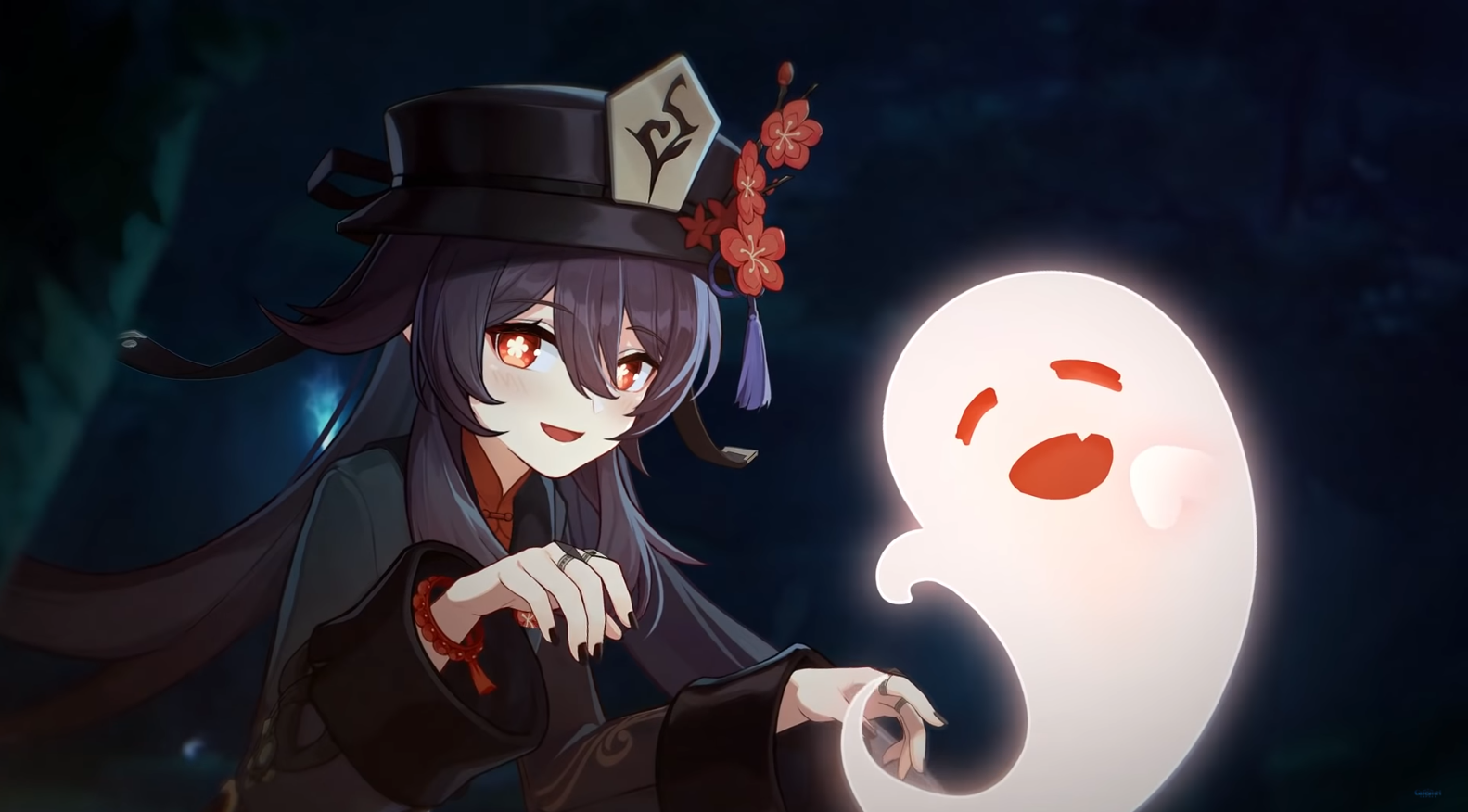 Dozens of leaks from fansites and dataminers have uncovered the existence of an upcoming character in Genshin Impact: Hu Tao, the Wangsheng Funeral Parlor director. Today, one of the game’s worst-kept secrets is officially announced in a new character trailer.

For those who don’t know, Hu Tao is a 5-star polearm-wielder, uses the Pyro Element, and has a ghost for a companion. She also has a morbid & bizarre sense of humour, being a funeral parlor director and all. Her banner will be available on the week of 2nd March.

Her skills are as follows (via Genshin.HoneyHunterWorld):

Hu Tao consumes a set portion of her HP to knock the surrounding enemies back and enter the Paramita Papilio state. When in this state, Hu Tao’s ATK increases based on her Max HP. Her attack DMG is now Pyro DMG. She also is resistant to interrupts.

Hu Tao commands a blazing spirit to attack, dealing Pyro DMG in a large AoE. Upon hitting enemies with this Burst, Hu Tao regenerates a percentage of her health. This effect can trigger up to 5 times.

If Hu Tao’s HP is below or is 50% when the enemy is hit, both the DMG and HP Regeneration are increased.

Flutter By – When a Paramita Papilio state activated by Guide to Afterlife ends, all other allies in the party will have their CRIT Rate increased by 12% for 8 seconds.

Lingering Carmine – Increases the Level of Guide to Afterlife by 3. Maximum upgrade level is 15.

Garden of Eternal Rest – Upon defeating an enemy affected by a Blood Blossom that Hu Tao applied herself, all nearby allies in the party will have their CRIT rate increased by 12% for 15 seconds.

Floral Incense – Increases the Level of Spirit Soother by 3.

Butterfly’s Embrace – Triggers when Hu Tao’s HP drops below 25%, or when she suffers a lethal strike. Hu Tao will not fall as a result of the DMG sustained. Additionally, for the next 10 seconds, all of her Elemental and Physical RES is increased by 200%, her CRIT Rate is increased by 100%, and her resistance to interruption is greatly increased. This effect triggers automatically when Hu Tao has 1HP left. Can only occur once every 60 seconds.

All I can say is that her Butterfly’s Embrace constellation is awesome, but good luck getting 7+ Hu Taos in a row for your gacha rolls. You will friggin’ need it.