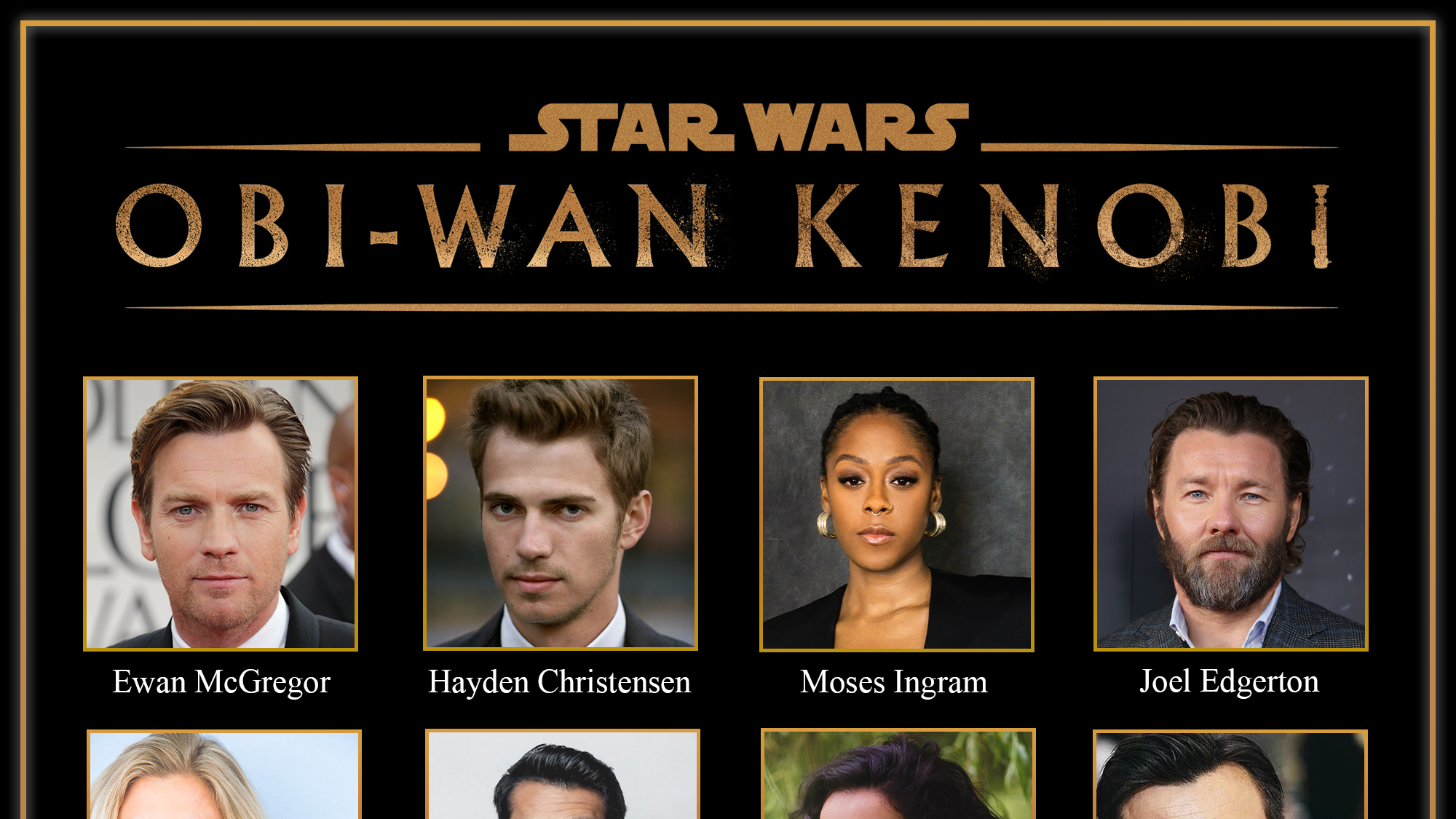 We already know that both Ewan McGregor andÂ Hayden ChristensenÂ will return for Disney Plusâ€™ upcomingÂ Star Wars Obi-Wan Kenobi series, as well as Indira Varma. However, now Disney Plus has announced a full cast list, and that it will begin production sometime in April 2021.

The new cast members include:

For now, it’s hard to say who these new cast members will be playing in the upcoming series, with the exception of Joel Edgerton and Bonnie Piesse, who played Uncle Owen and Aunt Beru in the Star Wars Prequels trilogy. It’s expected that they will be reprising those same roles and that someone will be playing a much younger version of Luke Skywalker.

It is executive-produced by Kathleen Kennedy, Michelle Rejwan, Deborah Chow, McGregor and series writer Joby Harold. Deborah Chow will direct Obi-Wan Kenobi after having helmed two episodes of The Mandalorian.

Obi-Wan Kenobi is only one of several Star Wars live-action series currently in the works Disney Plus, including The Mandalorian Season 3, The Book Of Boba Fett, Ahsoka Tano, and many more.

Get A Glimpse Of Deserted Island Life In Animal Crossing: New Horizons

SDCC 2019: We Will Finally Know Who The Knights Of Ren Are