From the same folks that brought you BanG Dream! Girls Band Party!, D4DJ Groovy Mix is an anime-styled rhythm game focusing on DJ girls instead of girl bands.

Part of a multimedia project that combines DJ concerts, anime, and games into one dynamic experience, Groovy Mix represents the game portion of this project with frenetic music beats.

But D4DJ Groovy Mix is more than just a rhythm game to get good at. It also has a ton of side mechanics that can influence how well youâ€™ll score on any song. In other words, it’s also an RPG.

Whether youâ€™re here because youâ€™re a fan, or whether youâ€™re just in the mood for a robust rhythm game, these important tips and tricks will be sure to help you scratch out some sick mixes.

Teambuilding and Creating the Best Unit 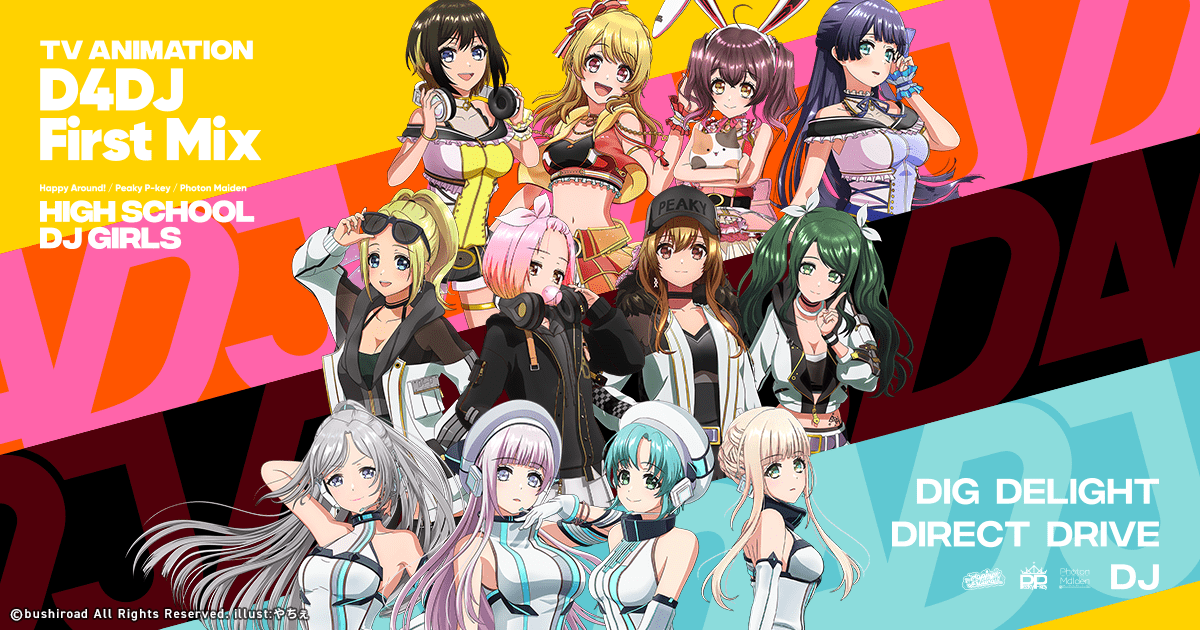 Like many gacha games, your path to success always begins with your roster of characters. Once youâ€™ve pulled some cards from the gacha, youâ€™ll find that each card can come at a rarity of 2 to 4-stars.

Naturally, 4-star characters represent the strongest characters, but this is only a piece of the puzzle when it comes to teambuilding in D4DJ.

Before we get ahead of ourselves, letâ€™s first dive into how we judge the worth of a card. Each card comes with three set parameters, known as Heart, Technical, and Physical. These categories are not important – just combine the values together to get the cardâ€™s total power. Usually, the higher the power, the better.

Each card also comes with a skill that activates during gameplay. While these skills are important, you should still prioritize the Total Power of your unit whenever possible.

Besides card power, the composition of team members is also important. As you may have noticed, each character in the game also belongs to a unique DJ group. By matching team members within their respective groups, youâ€™ll get a bonus to Total Power.

For example, a unit that is composed of only Happy Around! units will offer a bigger score bonus than if it were two members from Happy Around! and Peaky P-key each.

For the sake of convenience, hereâ€™s a list of the groups and their respective members: 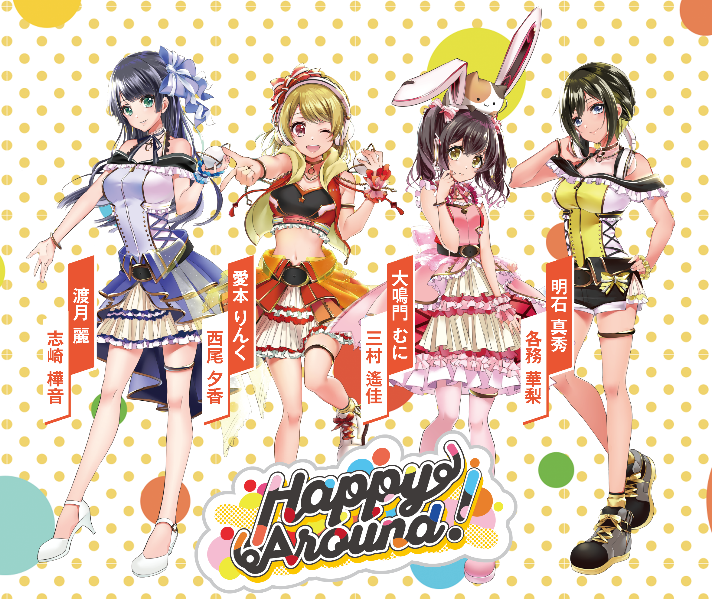 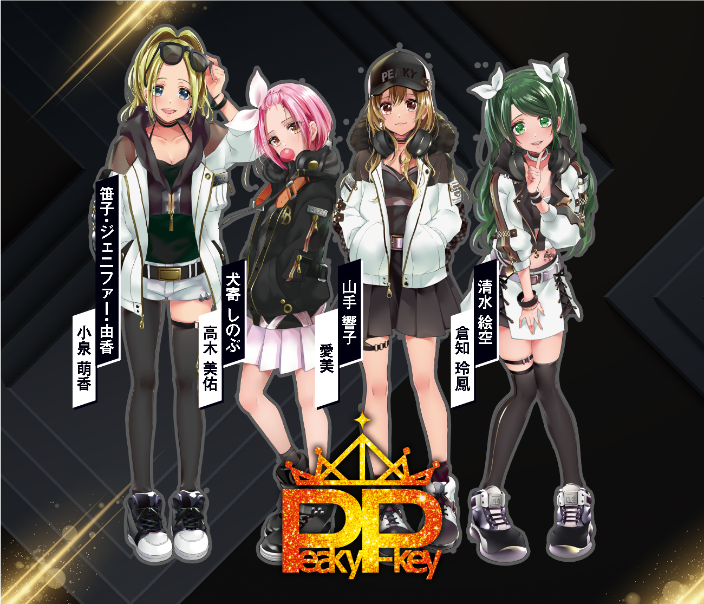 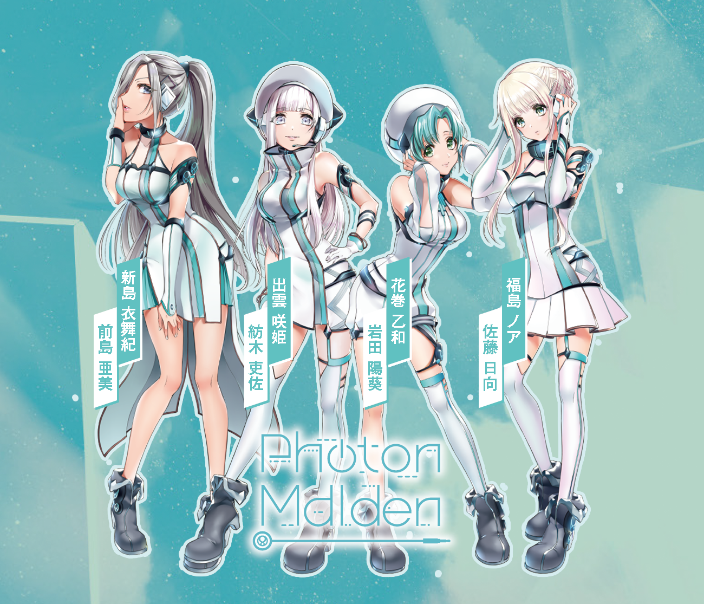 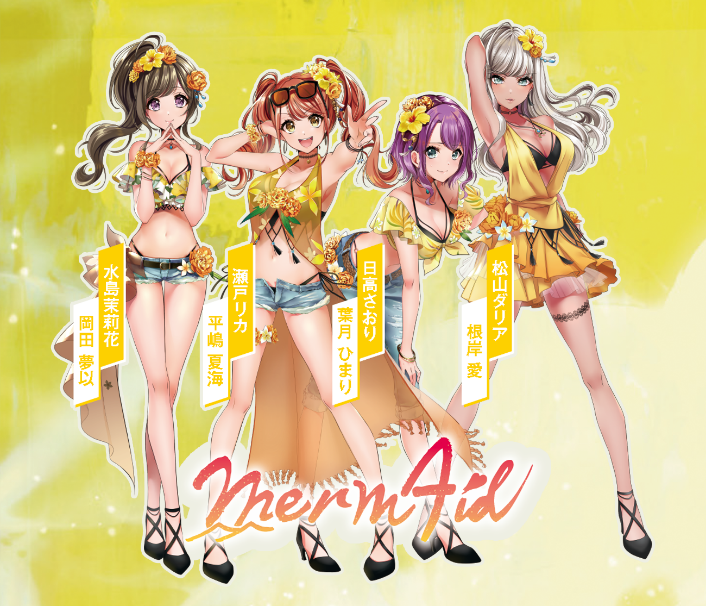 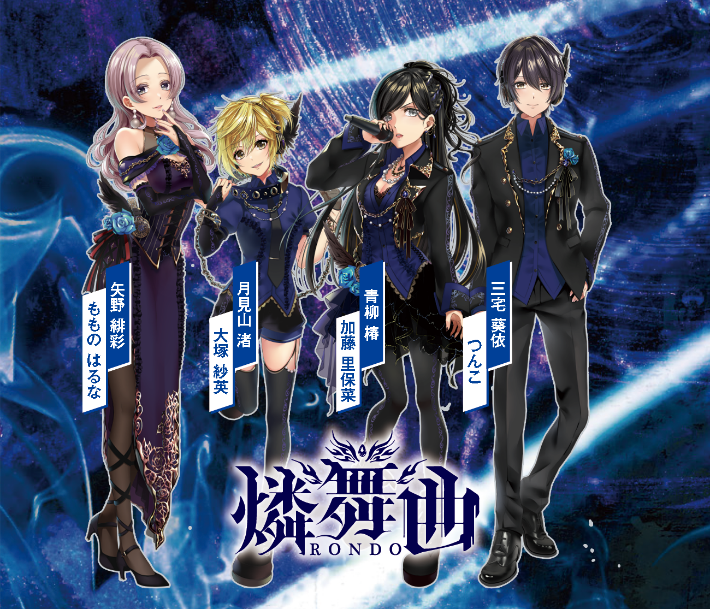 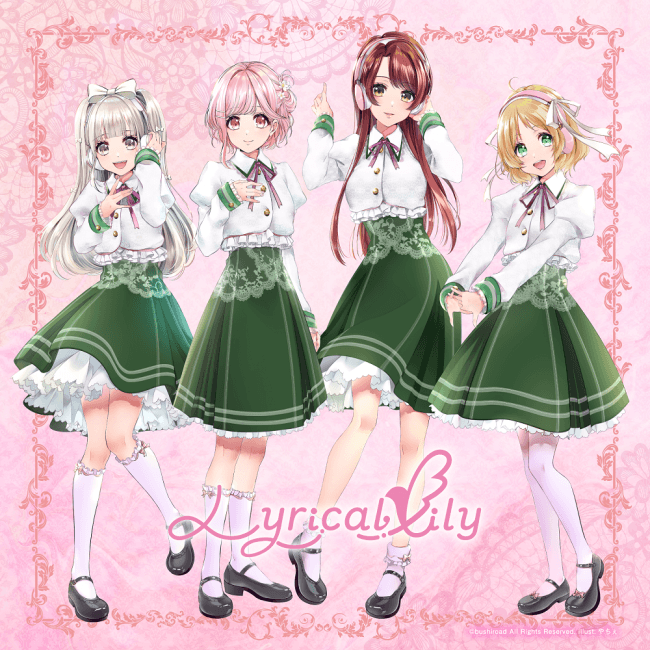 One last thing to mention is Event Bonuses. Whenever certain events are ongoing, there will be bonuses provided if you include certain characters and specific styles.

The characters and styles will depend on the event, but youâ€™ll want to match your team with these bonuses to get more event points.

Since the game will continually encourage you to meet different requirements per event, expect to level a wide variety of cards over the course of the game.

The Lowdown on Unit Training and Limit Breaks

To improve your score multipliers, you have to increase the Power of your cards. This can be done by levelling up these cards using EXP tickets. You can get these tickets by reaching score and combo milestones in various songs, and as rewards from login campaigns and events.

There is a limit to this, though. Once you reach certain EXP thresholds, youâ€™ll be asked to Limit Break a card so that you can continue levelling them. Limit Breaks use items called Crystals, a limited resource that you obtain by playing through events.

For levelling and limit breaking, focus on the highest rarity cards first and work your way down. After that, start building team compositions that provide the biggest bonuses to your score.

Focus on Club Buffs in the Long Term

While setting up your team, you may have noticed a feature called Club Buffs. Club Buffs provide passive boosts to your charactersâ€™ parameters based on the items in your Club. The bonuses on these items are divided based on each DJ group, and they can also be upgraded.

Though the advantage is marginal, slowly upgrading these items over time will ensure that youâ€™ll eventually start earning better scores as you continue playing the game.

If youâ€™re just starting out, focus on installing and upgrading the Club items which benefit your main party the most. For example, if your main unit consists of mostly Merm4id characters, then youâ€™ll want to install and upgrade the Club items that boost Merm4idâ€™s parameters.

How to Unlock More Songs

There are several currencies that are used to unlock songs in D4DJ. The most commonly-used ones are called Soundtrack Medals and Cover Medals.

Soundtrack Medals are used to unlock Game and Instrumental tracks. Meanwhile, Cover Medals unlock song covers performed by the D4DJ cast. These medals can be obtained either through events or via the Coin Exchange.

Another type of song is called a Base Song, which consists of established music by different artists. These are songs that arenâ€™t covered by D4DJâ€™s singers but are in the game nonetheless. For instance, Hololive songs by their original singers can be found under this category.

These songs are unlocked using a rarer resource called Songpearls. Songpearls can only be easily obtained by exchanging them with Songshells, which you get from rolling a duplicate card in the gacha.

Obviously, this makes it a difficult currency to obtain, so youâ€™ll want to think carefully before deciding which Base Song to unlock.

Finally, some original songs can only be unlocked through story progression. New stories are unlocked as you use members of specific groups in your plays to unlock new ranks. Expect to do quite a bit of reading as you collect more songs, though!

Dailies and Things to Remember

If youâ€™re keen on playing D4DJ regularly, there are a few things youâ€™ll want to pay attention to.

-Diamonds and gacha tickets, for one, will let you collect new cards through the gacha. This is especially important for F2P players who arenâ€™t keen on opening their wallet.

-Work on increasing and diversifying your roster with different characters and styles so that you can do well in events. Diamonds and gacha tickets can be accrued gradually by doing your dailies and weeklies, so try not to miss out.

-Speaking of characters, some events will also reward characters as freebies. If youâ€™re too busy to bother with events, donâ€™t fret, as these cards are pretty easy to get. That being said, you should definitely grab these characters so that youâ€™ll have a bigger collection to utilize down the road.

-Next, make sure to redeem your free Voltage (stamina) each day. Normally, this will cost you 300 Diamonds, but itâ€™s always on the house when youâ€™re redeeming it for the very first time.

-Since Voltage can be stacked, thereâ€™s no downside to redeeming Voltage each day. You’re free to stockpile them for when you have more free time.

-Last but not least is the Exchange menu. The Exchange is where you can purchase various items such as EXP tickets, Crystals, and more using Coins or Songshells. However, most of the items here are limited and only refresh on a monthly basis.

Songshells are an extremely finite resource, so you should only use Coins to purchase these items. If youâ€™re low on coins, good items to prioritize are the Energy Drink 5 and the 3* Crystals

Take a Peek at the Accessibility Settings

One of the better features of this game is that itâ€™s put some effort into accessibility. If youâ€™re still learning the ropes and are getting overwhelmed by the gameplay, try turning on auto for either the tap, slider, or disc portions of the song.

Similarly, you can also freely customize your live settings to get the best rhythm experience. You can adjust note opacity, speed, input delay, and much more. With all of these options at hand, youâ€™ll no doubt find a setup that best suits you.

At the end of the day, you’ll still have to do well on the rhythm portion of the game to reap the rewards. Accessibility can make all the difference between a poor experience and a great one. If certain beatmaps are giving you trouble, the key might be in the settings.

If you miss insanely addictive rhythm games with both a casual and hardcore appeal like the Rhythm Heaven series, you may want to pay attention to thi...

Feature,News
Sony Drops Out Of E3 2019: What Does This Mean?

The Overwatch League personnel merry go round continues as more team announcements and player movements were made. A few days back, to the *cough* sho...