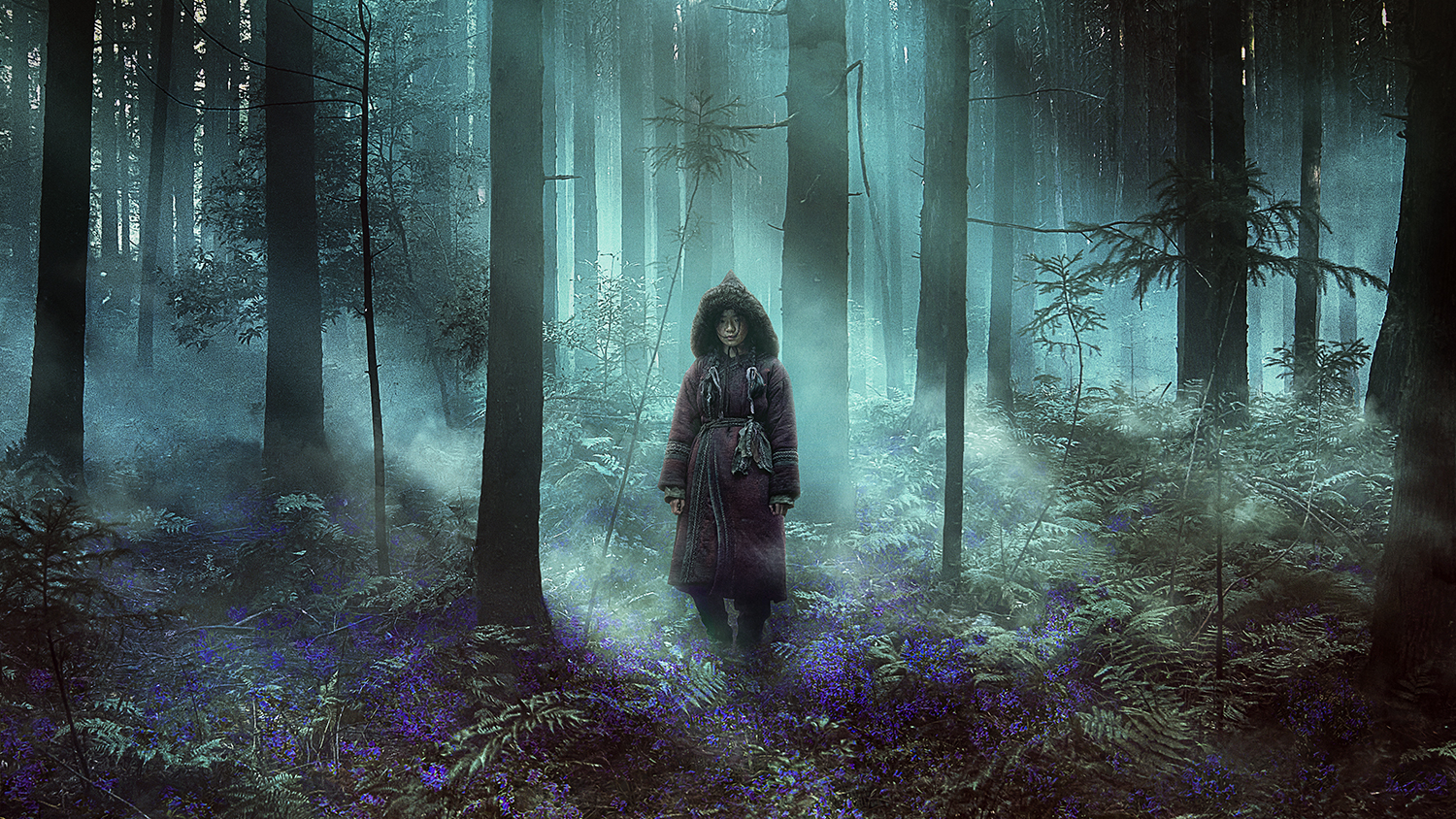 Netflix has released the first set of teaser posters for the much anticipated Kingdom Ashin Of The North, a special episode that will expand the horizons of the Kingdom series. This special episode reveals the origins of the resurrection plant that triggered the avalanche of tragic events that swept through Joseon and the woman abandoned by all â€” Ashin.

One of the released posters features Ashin as a young girl, the same intriguing figure as she appeared in the first teaser trailer that generated so much curiosity.Â

In another, the resurrection plant takes on a mystical, ethereal image with magenta-hued blossoms.

More images follow; the mesmerizing white eyes of an infected tiger; the gruesome bodies of those who suffered cruel and mysterious deaths; and the young Ashin standing in a field of resurrection plants that can bring back the dead. The tidal waves of fate resulting from this encounter sweep away the young Ashin, setting off the ripples of tragedy that will eventually engulf Joseon.

Kim Sia plays the young Ashin, and Gianna Jun plays the older character in unfolding the backstory of the woman who appeared at the end of Kingdom Season 2 shrouded in mystery and subject to much conjecture. Park Byung-eun reprises his role as Min Chi-rok, a young man who encounters Ashin in the freezing cold northern regions.

His character later becomes the Head of the Royal Commandery Division who helps the Crown Prince Lee Chang fight against the conspiracy to seize the throne and the infected from overtaking the royal palace. Director Kim Seong-hun and writer Kim Eun-hee, the duo leading the Kingdom series, team up again for this special episode for fans around the world eagerly waiting for the tale of Ashin.

The epic story of Kingdom: Ashin of the North delves into the very origins of the resurrection plant and the infected that have turned Joseon into a bloodbath.Â

Kingdom Ashin Of The North will be released on 23 July 2021, only on Netflix.Â

Major Sponsors Like Coca-Cola Are Pulling Back From Overwatch League