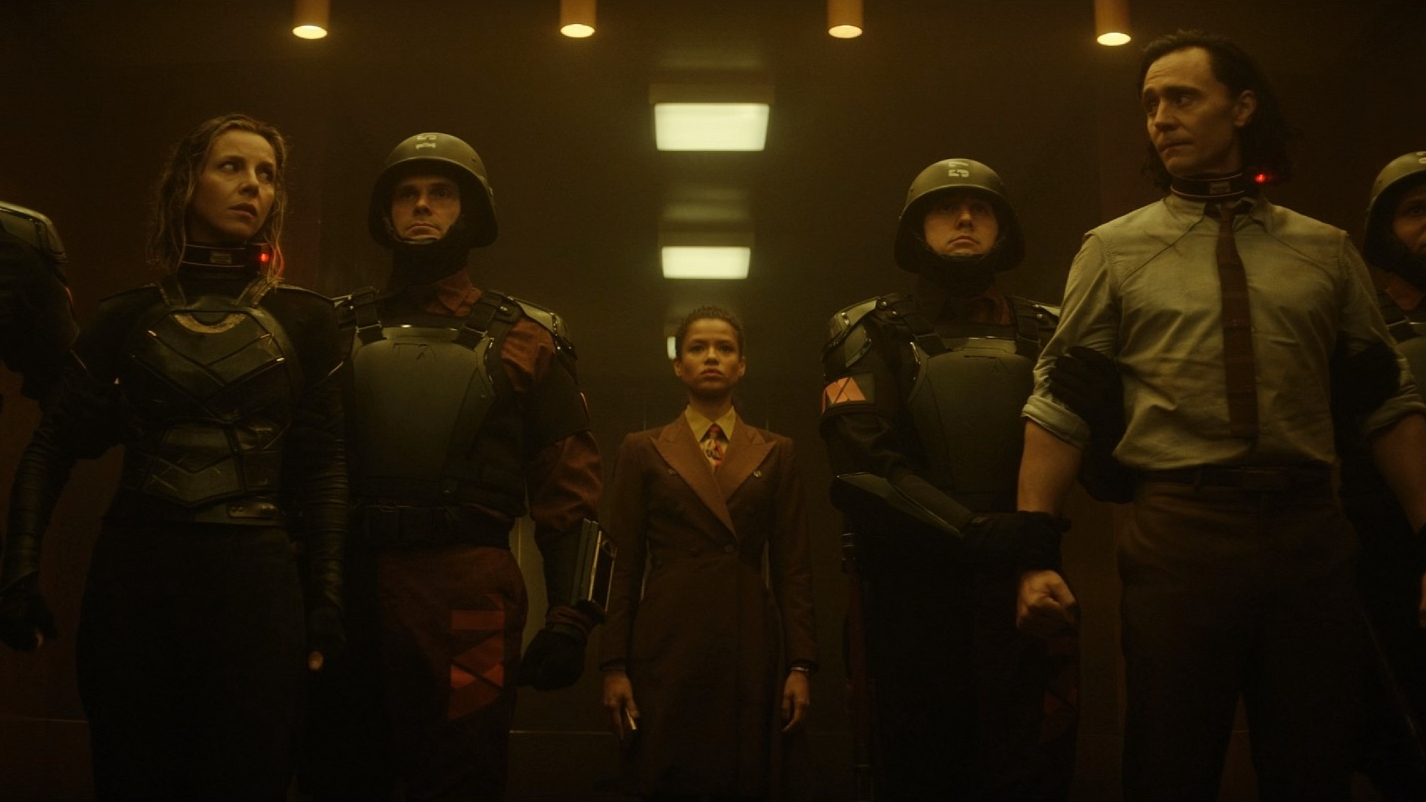 The fourth episode of Marvelâ€™s LokiÂ is available now on Disney+ Hotstar Malaysia. Iâ€™ll be discussing heavy spoilers fromÂ Loki Episode 4 so if you havenâ€™t seen it or want to avoid spoilers, nowâ€™s your chance to stop reading.

Young Sylvie Was Captured By The TVA As A ‘Variant’

Gugu Mbatha-Raw’s Ravonna Renslayer captured a ‘Variant’ Loki when she/he was still a child for some reason.

The Time-Keepers In The Flesh

We don’t actually see C-20, but Ravonna claims that C-20 is dead just due to her mind being scrambled by Sylvie in Loki Episode 2. No one has died by mind control yet in the MCU, so this is incredibly suspicious.

Later in the episode, Ravonna even prevents Mobius from even speaking with Sylvie. That’s even more suspicious.

According to Sylvie, she was captured by the TVA as a child just because she’s a “Goddess Of Mischief” who is “not supposed to exist”. Is it really as simple as that? Can the Sacred Timeline really be disrupted just because of a Loki being born a different gender?

The Potential Of Loki And Sylvie Dying Will Apparently Cause A Nexus Event In The Timeline?

The TVA finally re-captured Loki and Sylvie, but they only discovered their location because it seems like the prospect of their deaths is causing a major branch to the timeline, the likes of which has never been seen. Interesting.

Loki Gets Thrown To Memory Loop And Meets Sif

In the comics and Norse mythology, Sif was originally blonde but Loki was jealous because she chose Thor over him. As a result, Loki used his magic to change Sif’s hair from golden blonde to black, and it stayed that way. Plus, it’s nice to see Jaimie Alexander reprising her role as Sif again.

This is interesting. Mobius mentions that the TVA has previously captured Variants who are Kree, Titans, and Vampires. Of course, we’ve seen a lot of Kree and Titans, but this is the first time that Vampires have been confirmed to be in the MCU. I guess they’re already working towards that new Blade movie starring Mahershala Ali.

Loki says that Sylvie can use her enchantment powers to access the memories of Variants working at the TVA, which the Time-Keepers erased.

Sylvie Restores The Memories Of Hunter B-15, Hunter C-20 Was Last Interrogated By Ravonna Renslayer

Now two hunters have realized that they were Variants after recovering their memories, Sasha Lane’s hunter C-20 and Wunmi Mosaku’s Hunter B-15. The footage that Mobius saw on Ravonna’s device confirms that Ravonna was the last to meet C-20 before her ‘death’ and that she has been hiding the truth from the beginning.

In a heartbreaking and shocking scene, the TVA prunes and kills Mobius after he finds out the truth.

The Time-Keepers Are Fake Android

Who, then, have been pulling the strings of the TVA? Will it be Kang The Conqueror? It won’t be long now until we learn the truth. In the comics, Ravonna Renslayer is the lover of Kang after all. Who else would she be working with?

Yes, there’s a post-credits this time.

It looks like it’s time for LOKI, VARIANTS ASSEMBLE!

What’s interesting here is that Classic Loki is wearing the classic and original costume from the comics. Also, there was a version of Loki in the comics who managed to wield Mjolnir, during the 2014 AXIS crossover event, but he wasn’t black, so this Boastful Loki might be an entirely new version.

Crocodile Loki isn’t from the comics, but he might just be the brother of Frog Thor or Throg, who actually is canon. Yes, there’s a version of Thor out there who’s a Frog wielding a tiny little Mjolnir.

That Planet With Variant Lokis Might Be Beyonder’s Battleworld

That place with the Variant Lokis looks pretty run down, like the ruins of a city. Hear me out, that might just be Battleworld from 2015’s Secret Wars crossover event or 1984’s original Secret Wars event. If that’s true, it might herald the coming of an enemy even more powerful than Thanos.

The Beyonder is one of the most powerful cosmic beings in Marvel Comics. As a cosmic and abstract being, he is not confined to physical limitations like even Thanos would. In the comics during the original 1984Secret War, he infamously kidnapped a collection of Earthâ€™s heroes and villains and set them against each other for a cosmic chess match in a place he called Battleworld, assembled from pieces of other worlds.

However, in 2015’s Secret Wars, it was a god-like cosmic-level Doctor Doom that did something beyond even what the Beyonder accomplished. He took the heroes and villains from across the Multiverse and took pieces of their dying planets to create another Battleworld.

Evidence of this might have been available from an easter egg in Loki Episode 2 when Mobius points out that a pen he uses to sign paperwork in Renslayerâ€™s office is not part of her trophy collection from her adventures across time. The pen is inscribed with the words Franklin D. Roosevelt High School.

What’s interesting here is that Franklin D. Roosevelt High School was attended by Owen Reece AKA Molecule Man. The Molecule Man is arguably also one of the most powerful beings in the Marvel Multiverse, considering that he can alter reality on a whim. It’s not a coincidence then that Doctor Doom used the powers of Molecule Man to start 2015’s Secret Wars and create the new Battleworld.

The MCU version could have the Beyonder and the Molecule Man together, with the Beyonder controlling the TVA while adding the powers of Molecule Man to his in order to manipulate time and reality. Mind blown. We’ll have to wait until the next two episodes to see if there’s any truth to my theory.

Until then, stay tuned on Kakuchopurei for the next one!