The funny-yet-turbulent Rick & Morty animated series is already in its fifth season, and it doesn’t look like the show is losing steam anytime soon what with its crazy sci-fi ideas, its jabs at sci-fi and fantasy tropes, and overall adult humour.

We talk to Season 5 writer James Sicilliano and executive producer Scott Marder about the series & what to expect.

James Sicilliano: [The only way we can deal with potential season and idea burnout is] we just pitch forever.

We just pitch ideas, and ideas, and ideas! Even beyond Season 5 when we are trying to break the story, we always have to ask ourselves “is this going to be in conflict with another story?” or “will this have shades of this other old episode and end up the same?” We always do strive to make things very different in newer episodes and we still are doing that even beyond Season 5.

Yes, we do seem like we’re fine with pitching forever and never stop. Thousands and thousands of ideas get pitched every season. Sometimes the ones that could have been cool episodes end up being shrunk down to a scene or a joke in a scene.

So the only answer here is to keep topping yourself, and that in itself is difficult especially during the pandemic. Obviously, that has been a challenge and we’ve been working remotely since March 2020. Everything in the show has been done remotely. The final bits of Season 4; the last 5 episodes, and the production of Season 5. The script has been written before the pandemic hit, but everything else from the rewrites to the artists working on it, and the editing and VO directing, production meetings: that’s all via digital meetings and ZOOM.

It’s been a big challenge: obviously people have families and dogs, internet cutting out. In the writer’s room it’s always a challenge because all of that is based on energy. You pitch a joke, and there’s that silence afterwards and you’re like “oh is the joke terrible?” or “oh, is it my internet connection?” Usually it’s both.

Credit to everybody in the crew. Everybody stepped up to the plate and we’re still making same and better levels of content. It gets better and better, even with the depressing episodes. We’ve been able to manage, even with the challenge.

On The Biggest Challenges In Producing Season 5

JS: [From a production standpoint], directing voiceovers and actors remotely during the pandemic. I have never done that before. Doing editing sessions is much more challenging. You take everything for granted, being in a studio and recording room with an editor and production, and keep wishing you’d love to go back to that.

The biggest challenge [from a writer’s perspective] it’s finding ways on how not to repeat and do stuff that’s visually different, as well as making our characters stay true to themselves while expanding on their relationships with each other. Expand them on an emotional level and based on what’s introduced in Season 3 and 4.

It’s a cop-out answer, but the show is always the biggest challenge.

On The Dysfunctional Family Focus

JS: It’s a human element we want to tie in within the sci-fi elements of the show. The Smith family are dysfunctional because of Rick. These characters are humans, and dysfunction is a part of being human. Every one of us is imperfect. We all have our own things; in the writer’s room it’s something we are always talking about. Why put a perfect family on-screen?

It’s much more interesting to talk about emotion-wise and story-wise, to dig in why people act like that; to find out why Rick chastizes Morty and why Jerry is the way he is and also a punching bag. People can connect with that.

JS: I think it would be very interesting. I don’t know. Hopefully what we will see is less of a gap between seasons. Season 4 and 5 have the shortest gap so far in the show’s history. As we keep going, we are hopefully going to make that gap shorter.

There’s pros and cons on what’s more engaging. Would it be more engaging to do it 10 in a row or a monthly schedule, spaced out? It seems like we’ll still stick to a season thing. 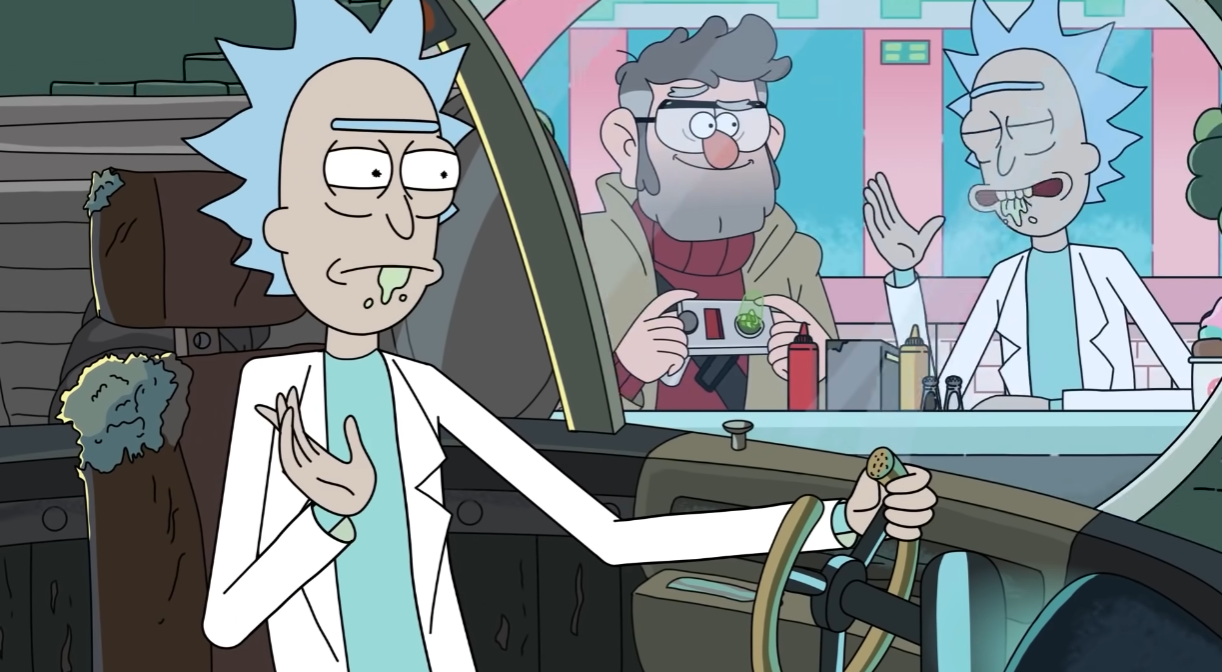 Scott Marder: There’s all this offshoot stuff. I wouldn’t say that it takes place canonically, but it runs on a parallel Rick & Morty dimension, if you will. Like how Adult Swim did that one 18-minute video game stuff and some of the anime stuff.

They’d like to let people run wild and do their own takes using our core mothership of a brand. It’s not stuff we internally sign off on or play a role in. It’s stuff we enjoy, but it’s not filtered through us.

JS: That’s definitely not canonical; [that scene was added because] Justin Roiland (voice of Rick and Morty) and Alex Hirsch (Gravity Falls creator) are friends. The Adult Swim artists are talented and can go all out with the parallel dimension brand of the show with the cool shorts and stuff.

SM: [The cameos & easter eggs] are certainly not our goal. It’s not the guiding light to the main show.

JS: We definitely do not put these in on purpose, and when it happens, it typically happens outside the realm of the show. But they are cool easter eggs when that happens.

SM: [Having said that] there will be fun cameos of people like Elon Tusk just because it’s a big fun show and people are interested in being in it.

On Morty’s Pursuit Of Jessica, His High School Crush

JS: We’re definitely exploring Morty’s relationship with Jessica. “Where will that go?” is a question we’re building up; we’ll also touch upon Morty’s romantic relationships in general. You’ll definitely be excited to see this play out in Season 5. 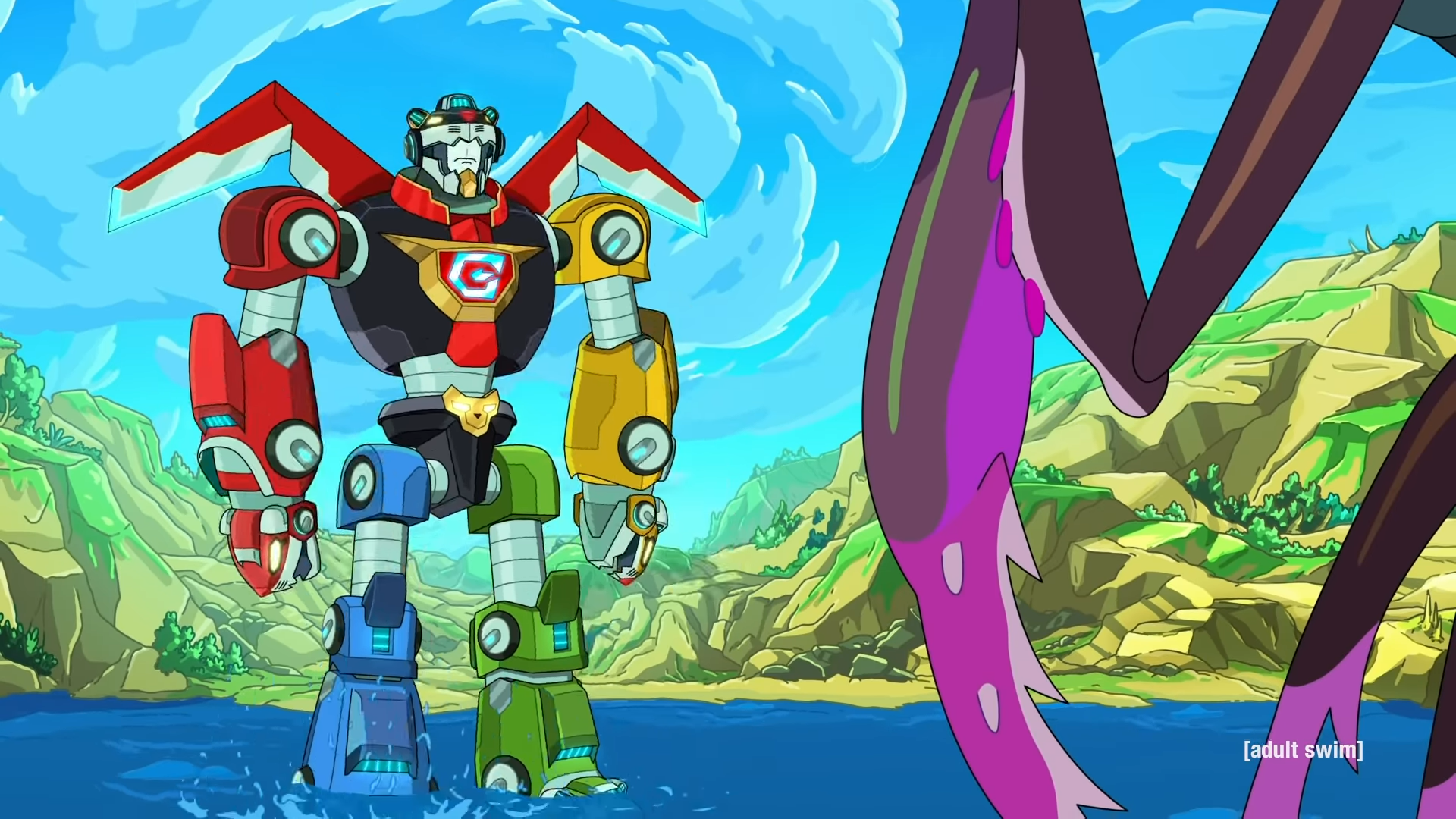 JS: Rick’s past has always been hinted at throughout every season. The coolest way to explore Rick as a character is to build him out gradually. As you’ve seen in the first four seasons, I think slowly we will explore Rick and his relationship with the family; to try to build out that world a little bit more.

SM: Season 5 will leave some new breadcrumbs and add new light to what we know about Rick.

On Ending The Show

SM: I can honestly tell you that there’s no complete idea on how it ends. But we have the luxury of keeping the show going with Season 6 and 7 being written while trying to look ahead as we set things up that will make things feel complete and rewarding. There will certainly be a lot of care given to the stories that people are tracking.

JS: We get super-excited at the big episodes you’re all excited about. We are moving ahead and trying to keep a bigger painting of what could be satisfying as the show continues to grow. And when we get to it, it would be fun to see what it’ll lead towards. So it’s a “yes and no” answer.

SM: We might also have to prepare for the fact that the show will never end, and might outlive us all.

On Researching Ways To Ramp Up The Show’s Violence & Death

JS: It’s not so much research, but it’s more of love for the sci-fi genre. Different death scenes are sometimes scripted and sometimes the writers and animators will go “I love this death scene” from an anime or fantasy scene or a movie. We’ll usually call it out, but the animators go above and beyond to make it look cool.

I remember this one great example of the fight scene between Rick and Phoenixperson in Season 4. The artists bring so much cool life to a sequence.

SM: The production crew plus everything we put on the page. Even when we have the best vision, they always manage to top it and surprise us. It’s a harmonious relationship. And I guarantee you that there will be many cool deaths in Season 5.

Rick & Morty Season 5 will air on HBO GO this 21st June in Malaysia.

Feature,Main page
Here Are The Best Skills To Start Off With In The New God Of War (Plus Some New Tips)

Dragon Ball FighterZ's latest DLC character will be out soon. Bandai Namco and Arc System Works announced that Android 21 (Lab Coat) will be out on...

Feature
Are The New Genting SkyWorlds Rides Worth The Drive?

We at Kakuchopurei usually cover games, movies, tech and pop culture stuff. Once in a while though, we take the opportunity to delve into something mo...