Hearthstone United In Stormwind Expansion Is Coming This August

This August, HearthstoneÂ players will bear witness to the might and glory of the Alliance in United In Stormwind, the next expansion for Blizzardâ€™s smash-hit digital card game played by more than 130 million people around the world. Within Stormwindâ€™s proud ramparts, players will find the Allianceâ€™s beating heart; as well as 135 all-new cards inspired by the rites of passage shared by heroes about to come into their own in this gleaming city.

United In Stormwind introduces Questline cards for every class, each one providing a peek into the formative stories of the new mercenary characters introduced in the Year of the Gryphon. Players start a match with their Questline cards in their hand, and theyâ€™re rewarded with powerful in-game effects whenever they complete one of the challenges they present. Once the third phase in each Questline is complete, the Mercenary joins their side; as a powerful Legendary minion. 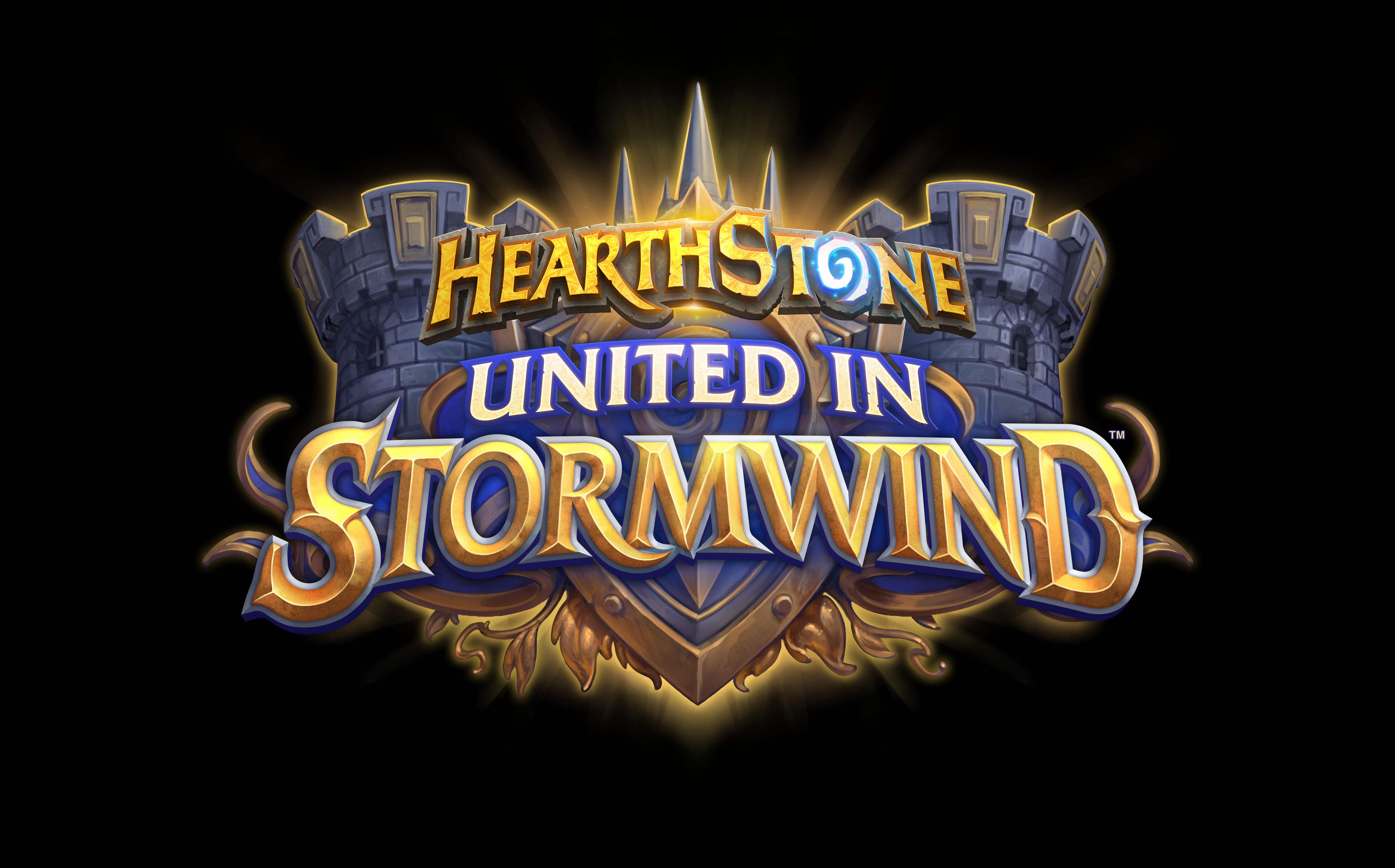 To take part in the bustle and commerce of Stormwind, players can add cards with the Tradeable keyword to their decks. Tradeable cards provide situationally powerful effects, with the added flexibility of being able to swap them out for a different card in the playerâ€™s deck for the cost of one mana.

World Of Warcraft trade skills come to Hearthstone in the form of Profession Tools, being placed in the weapon slot and unlocking unique abilitiesâ€”like the Paladinâ€™s Prismatic Jewel Kit, which boosts the power of minions in the playerâ€™s hand whenever a friendly minion loses a Divine Shield. Finally, players can saddle up by acquiring Mount cards, which come into play in the form of a minion buff, and then summon the trusty steed itself once the empowered minion is defeated.

â€œUnited in Stormwind captures the magic behind many of the memorable moments players experience while leveling up a World of Warcraft character.

This iconic setting is the perfect place to continue the stories weâ€™ve been telling during the Year of the Gryphon, and we think players are going to have a blast with all the new mechanics itâ€™s inspired.â€Â

The United In Stormwind Mega Bundle is available for pre-purchase starting today for US$79.99 USD and includes:

Also available is the United In Stormwind Bundle for US$49.99 USD, which includes 60 packs from the expansion, two random Legendary cards, and the Lady Katrana Prestor card back.

Fans of the popular Hearthstone Battlegrounds game mode can look forward to major updates too, including the largest minion pool shakeup since launch! Battlegrounds will also introduce all-new cosmetic options to the store, allowing players to customize their game experience, with more to come.

Battlegrounds Bundle: Beach Party includes seven new portraits of heroes enjoying some fun in the sun, such as Grill King Bolvar and Chillinâ€™ Volâ€™jin. The bundle also includes Tikilord Ragnaros, a fully-voiced alternate Bartender who serves up drinks with a scorching attitude. In the Battlegrounds Heroes: Shadowlands bundle, eight heroes are reimagined as members of the Covenants featured in the afterlife-themed World of Warcraft: Shadowlandsâ„¢ expansion, including Finley of the Kyrian and Ysera of the Night Fae.Â

Well met! Hearthstone just announced its next expansion,Â United in Stormwind, coming to the game on 3 August 2021, with pre-purchase starting now.

Major updates will also be coming to Battlegrounds, including cosmetics and the largest minion pool shakeup since launch! Finally, Fire Festival returns, and it promises to be a big one! Party it up with new Legendary quests, Tavern Brawls, and a new Book of Mercenaries AND Book of Heroes.

After battling your way through the Barrens, make yourself at home in Stormwind, the heart of the Alliance! Get ready to Mount up, master your craft with Profession Tools, and embark on epic Questlines thatâ€™ll define your career as an adventurer!Â United in StormwindÂ will introduce 135 new cards inspired by the rites of passage shared by heroes about to come into their own in this gleaming city.

Keep the party going with a major Battlegrounds update, including the largest minion pool shakeup since launch! All-new Battlegrounds cosmetics will add some flair to your time in the Tavern:

WELCOME TO THE FIRE FESTIVAL

This year, Ragnaros is throwing a house party in the Firelands, and all insects are invited! Enjoy new Legendary quests and fan-favourite Tavern Brawls from July 6 to July 27, along with new Book of Mercenaries and Book of Heroes chapters.

Relive Gul’danâ€™s quest for power in the all-new Book of Heroes: Gulâ€™dan! Defeating all 8 bosses in this linear adventure will reward 1 Warlock pack, containing only Warlock cards from Standard!

For more details around the 20.8 patch, check out the patch notes:Â https://playhearthstone.com/en-us/expansions-adventures/united-in-stormwind.

Developer CD Projekt Red has announced that Cyberpunk 2077 has sold more than a whopping 13 million units across all platforms as of 20 December 2020...

BANDAI NAMCO Entertainment Asia has announced the release of the “Hirano Middle School Story”, which comes as as a new route in Story Mode, as wel...