The original King’s Bounty was released way back in 1990. Yes, there have been several spinoffs and spiritual reboots like the Heroes Of Might And Magic franchise and 2008’s King’s Bounty The Legend. However, developer 1C Entertainment is finally following up the legendary turn-based tactical strategy game that started it all with a proper sequel decades later, and that’s what King’s Bounty 2 is supposed to be.

First off, let me just clarify that King’s Bounty 2Â is my first game in the franchise, and I reckon that that will be the case for many out there as well. Still, I am a fan of turn-based tactical strategy games, especially those like XCOM, Fire Emblem and more. After sinking many hours into the preview, I can say that if you’re a fan of those games, you’ll likely love what King’s Bounty 2Â is offering.

And no, the appeal of this game isn’t just limited to fans of the turn-based tactical strategy genre either. The developer has combined the best aspects of iconic modern RPGs like BioWare’s Dragon Age/Mass Effect franchise and CD Projekt Red’s The Witcher 3 Wild Hunt. Just like those games, you’ll be controlling a character via a third-person perspective throughout the game’s semi-open-world (think cities/towns/hubs with pathways to other places, similar to that like in Dragon Age/Mass Effect). 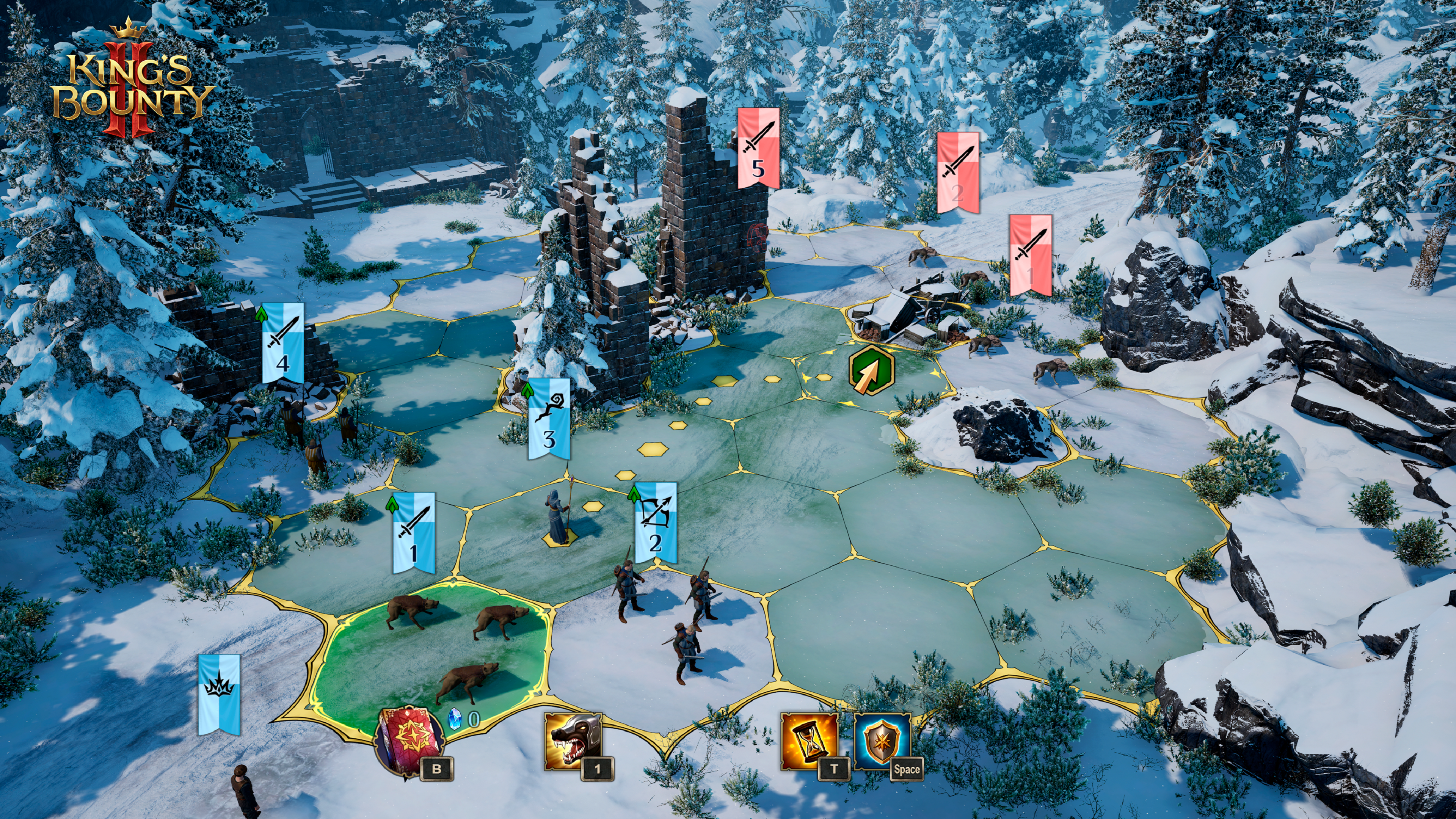 The similarities don’t end there, as the developer has also made sure that King’s Bounty 2 features pretty good cinematic cutscenes and animations, especially considering that 1C Entertainment isn’t exactly a massive AAA company with resources like BioWare or CD Projekt Red. It’s closer in line and production value to that of the recent underrated RPG game, GreedFall by Spiders (check out my review of that game here). The facial animations and environments look commendable and immersive enough, just don’t expect something like the heights of The Witcher 3 Wild Hunt.

What adds to the overall sense of immersion is that this giant, fully 3D world also plays into the combat. When one of the many turn-based battles starts, it starts at that location. The place in the world is divided into hexes, and all the landmarks that were around you are part of the battlefield. Further elements like high ground and line of sight are incorporated into this, and so too is the environment itself. If youâ€™re fighting in a wide-open field then you can expect the battleground to be quite large, suggesting you might want lighter, quicker units than if youâ€™re fighting in the close confines of a dungeon.

As for the combat? If you’ve played XCOM or Fire Emblem, you’ll be familiar with how King’s Bounty 2Â plays. Unlike those games though, King’s Bounty 2Â features much smaller battlefields and fewer grids overall. You’re much closer to the action, which results in battles usually being more intense and decisive in just several turns.

A Game Of Thrones 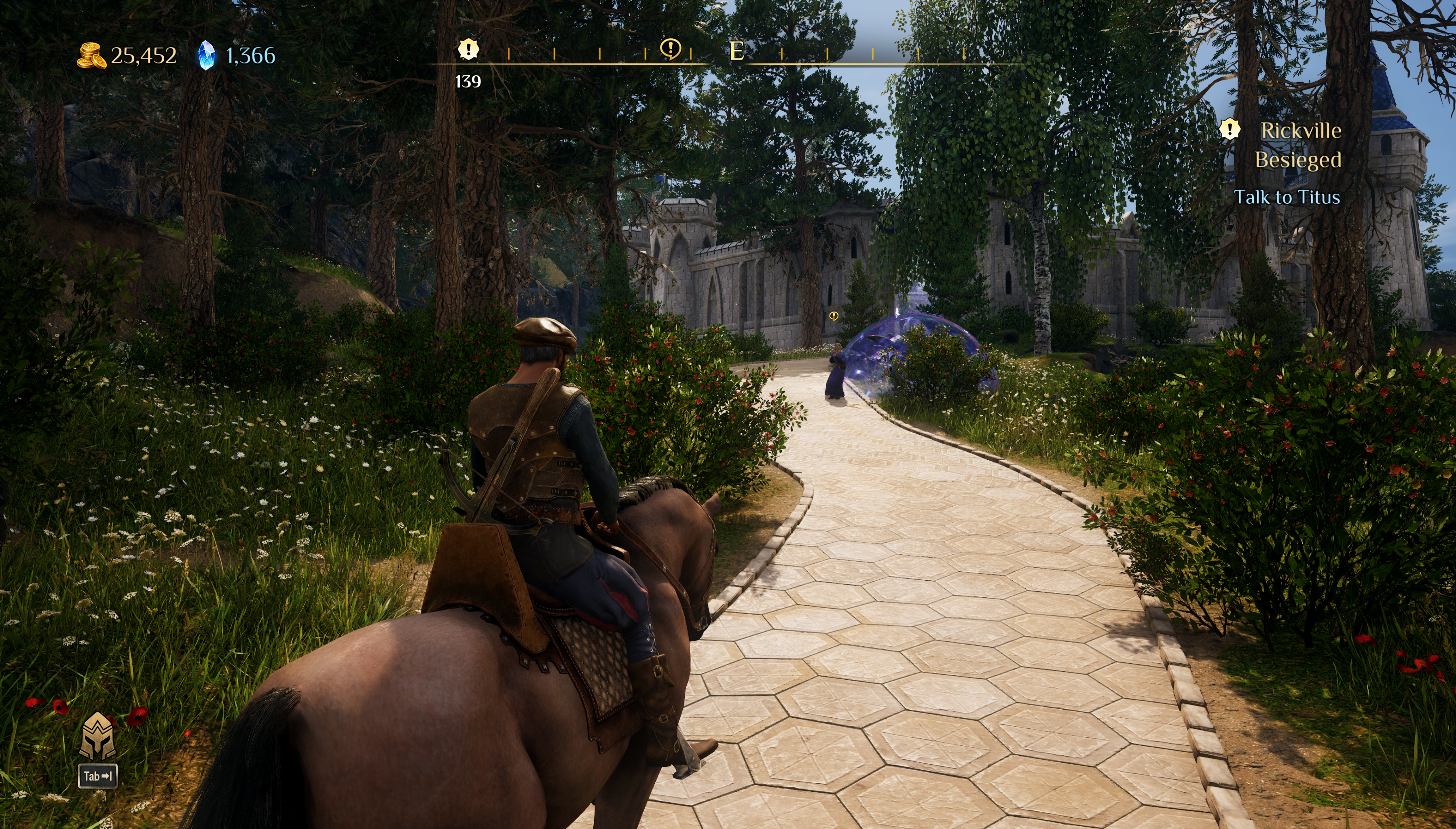 At the beginning of the game, players can choose one of three characters, each essentially representing a class, and the story for each will take you on a different route through the world. However, since this is a turn-based tactical strategy game, you don’t actually control that character in actual combat; instead, you’ll be controlling units consisting of many individuals.

Units belong to several races/types/classes, like humans, the undead, dwarves, beasts and more. You can bring up to five different units in a single battle, and keep the other extra units you have in reserve. However, you can’t just make up a team with one of each without any drawbacks. The morality system, or Ideals, dictates what types of units suit your playstyle. This is where a bit of BioWare blood comes into play.

There are four Ideals: Order, Anarchy, Power, and Finesse. Order and Anarchy are basically Paragon and Renegade from Mass Effect, while Power and Finesse are basically whether you want to focus on pure strength (Power) or magical abilities (Finesse). Each of these has its own talent tree, but more importantly, each is also tied to how you finish quests and how your character develops. Just like its inspirations, quests in the game feature multiple choices and therefore multiple outcomes, each of which corresponds to a different Ideal. 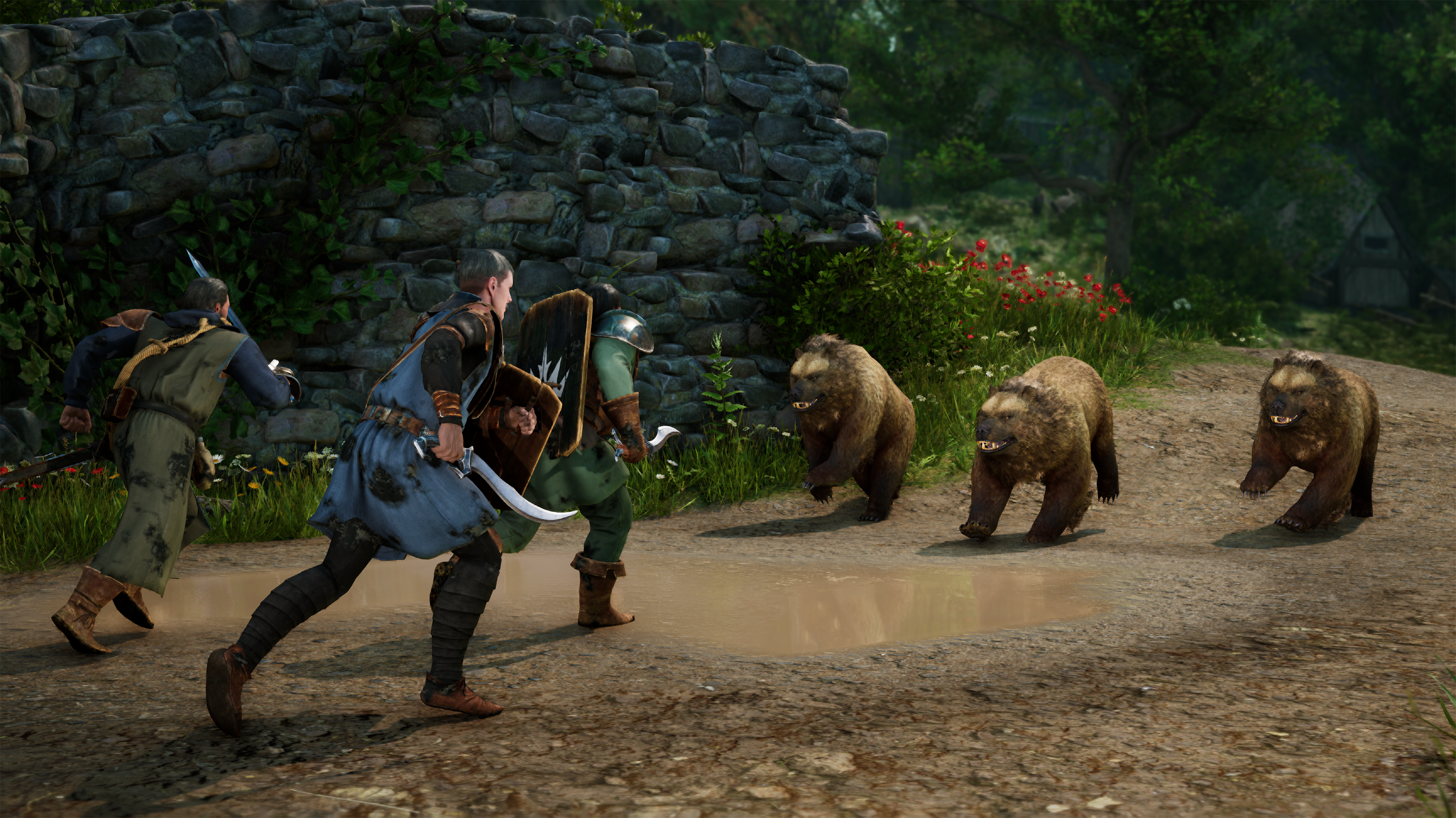 For example, while dealing with a group of bandits, if I side with the villagers and defeat the bandits in battle, that’s considered according to Order. What this means then is that I’ll obtain talent points to spend in the Order skill tree, which comes with its own advantages. On the other hand, if I side with the bandits, I’ll obtain Anarchy talent points instead. The same applies to Power and Finesse. This isn’t an easy game (and there are no difficulty levels), so you’ll have to plan your Ideal carefully.

Combine all this with the variety of units that you can recruit, the ability combinations and magical spells, as well as the three different characters you can choose from to start with, there is actually tons of potential for unique playthroughs and replayability. I also appreciate certain quality-of-life mechanics, like the fact that I could retreat from battles if I’m under-levelled and the enemies are too strong. Unlike other RPGs, the game doesn’t force you to fight a battle if you know you will lose, so you can just come back later instead of having to reload an earlier save.

The game crashed only once while I was playing the preview version of the game, and that’s essentially the only bug/issue I encountered in hours of gameplay. If the preview version is polished and almost bug-free, the full version will likely be even better, with the developer promising fewer load times and more at launch.

That should be considered impressive enough for a game like this, seeing as even a huge developer like CD Projekt Red could release a game filled with bugs and issues. I’m really looking forward to the full version of the game when it launches on 24 August 2021.

Embark Studios, a Stockholm-based developer made up of developers who worked on the Battlefield series, will be making an upcoming shooter called ARC ...

Square Enix has revealed Voice Of Cards The Forsaken Maiden, the latest addition to the unique Voice Of Cards card-based RPG franchise, which will be ...

Feature
Some Protips To Enjoy Borderlands 3 To The Fullest

Happy frag Friday, everyone! If you've played Borderlands 2 lately, you'll get in tune with Borderlands 3 for the most parts. Most of the same tips &...