Both The Conjuring The Devil Made Me Do It and Space Jam A New Legacy is officially coming to HBO GO Malaysia.

Based on one of the most sensational cases from the files of real-life paranormal investigators Ed and Lorraine Warren, The Conjuring The Devil Made Me Do It scares its way ontoÂ HBO GO on 27 August 2021.

Telling a chilling story of terror, murder, and unknown evil, it starts with a fight for the soul of a young boy that takes the Warrens beyond anything theyâ€™d ever seen before â€“ marking the first time in U.S. history that a murder suspect would claim demonic possession as a legal defence.

Under the direction of Michael Chaves, Vera Farmiga and Patrick Wilson return to star as Lorraine and Ed Warren. The film also stars Ruairi Oâ€™Connor, Sarah Catherine Hook, and Julian Hilliard. The film was produced by James Wan and Peter Safran, who have collaborated on all the ConjuringÂ universe films.

When Chaves got the initial call to direct the film, he wasnâ€™t expecting it, but he was fully ready to jump on board. â€œI had just worked with Michael Chaves,â€ Wan says, â€œand I really liked the guy a lot. I saw him grow as a filmmaker over the course of his first feature and felt his creativity, energy and mindset was exactly what The Conjuring The Devil Made Me Do ItÂ needed.

â€œIt was a dream come true,â€ Chaves, characteristically upbeat, admits. â€œIâ€™m a big fan of theÂ ConjuringÂ films. James is the modern master of horror, so to take the reins on this world he created is both exciting and daunting. Thereâ€™s a huge responsibility not just to James, but to the fans, to the franchise, and to the characters he created. That was not lost on me.â€

â€œWhat really sets thisÂ ConjuringÂ apart and makes it so exciting,â€ Chaves says, â€œis that you have all of the scares and the terror that you would expect from aÂ ConjuringÂ film, but it is set against this incredible mystery that is tied into what theÂ ConjuringÂ universe is all about.â€

The Conjuring The Devil Made Me Do It is the seventh film in The Conjuring Universe, the largest horror franchise in history, which has grossed more than US$1.8 billion worldwide. It includes the first two ConjuringÂ films, as well asÂ AnnabelleÂ andÂ Annabelle: Creation,Â The Nun, andÂ Annabelle Comes Home.

Welcome to the Jam! Basketball champion and global icon LeBron James goes on an epic adventure alongside Bugs Bunny and the Looney Tunes as Space Jam A New LegacyÂ gets in the game onÂ HBO GO on 3 September 2021.

Directed by Malcolm D. Lee and composed of an innovative filmmaking team including Ryan Coogler and Maverick Carter, this transformational journey is a manic mash-up of two worlds that reveals just how far some parents will go to connect with their kids. When LeBron and his young son Dom are trapped in a digital space by a rogue A.I., LeBron must get them home safely by leading Bugs, Lola Bunny, and the whole gang of notoriously undisciplined Looney Tunes to victory over the A.I.â€™s digitized roster of professional basketball superstars as youâ€™ve never seen them before.

LeBron James has always felt a special connection toÂ Space Jam. â€œWhen I was 12 years old, I needed inspiration where I was growing up,â€ he states. â€œMichael Jordan was one of those people who gave me inspiration, along with my mother. When I think back on watchingÂ Space Jam, always having a love for Bugs Bunny and the Looney Tunes, and then you add Michael Jordan, one of my favourite inspirations growing up? It felt like it was a match made in heaven for me.â€ 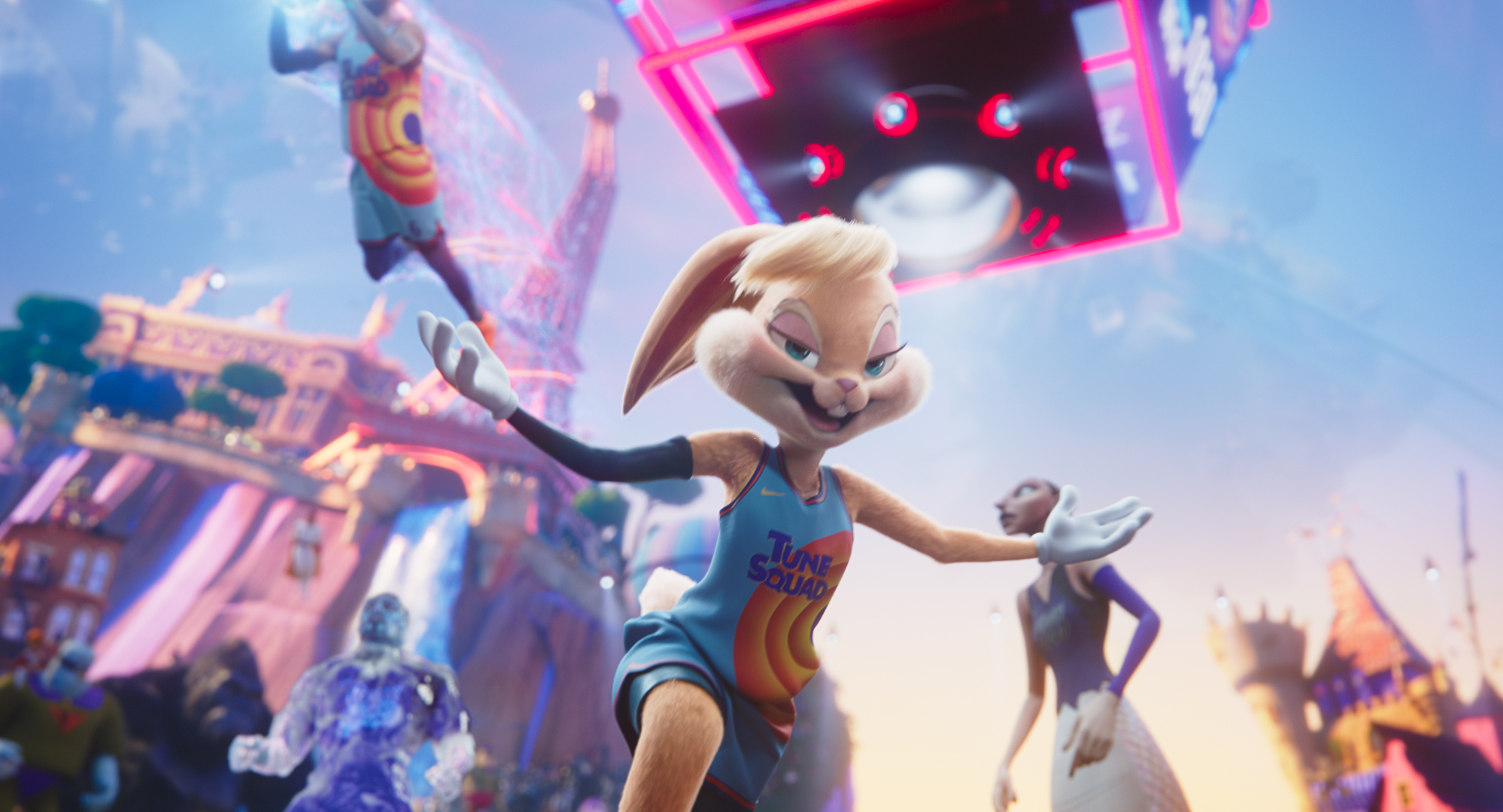 In the 25 years since the original filmâ€™s release, James has ascended to the top of the basketball world. Now he finds himself in front of the camera, eager to carry on a legacy heâ€™s proud to uphold. â€œItâ€™s an honour for me to be a part of the Space JamÂ world, to be able to reintroduce it to kids today and show them how unbelievable the Looney Tunes are, and how great our sport of basketball is, as well.â€

If James is the soul ofÂ Space Jam: A New Legacy, the filmâ€™s heart can be found in Cedric Joe, who plays the character of LeBronâ€™s tech-savvy middle child, Dom. Dom shares his dadâ€™s all-in enthusiasm for his passion; the trouble is, for Dom thatâ€™s not basketball. Instead, he dreams of being a videogame designer, but he struggles to speak up in fear of disappointing his dad.

However, once they are pulled into the Warner 3000 server-verse, itâ€™ll take both of their skills to find their way out. â€œDom is in love with video games and coding. He is good at basketball but thatâ€™s not his main priority,â€ explains Joe. â€œDom wants to build videogames and thatâ€™s what he wants to show his dad he can do, but his dad doesnâ€™t really care about videogames because thatâ€™s not his priority. His dad is about basketball, and so he wants his sons to play basketball.â€

â€œI think all ages should see this movie,â€ adds Joe. â€œIt does have a message, that parents should sometimes open their eyes and see that their kids or other people can do more, that they have more skills than what you might think they have. Donâ€™t underestimate people. Just listen.â€

You can check out the trailers for both movies below:

News
Sega's Shining Force Is Coming Back, But...

Good news, strategy RPG fans: the classic Shining Force series from Sega is making a comeback. The bad news, depending on how you look at it? It's ...