The Actraiser Remake May Herald A Quintet Comeback

A week ago, the Nintendo Direct September livestream announced a myriad of surprises, one of which is a remake of the beloved 1990 2D action game-slash-god-sim hybrid Actraiser by Enix (before the Squarification) and Quintet.

So far, the reception for Actraiser Renaissance ranges from mixed -if you look at YouTube & Twitter comments- to mostly positive on Steam. I personally thought it was fun and meaty. It may not be one of the best examples of a remake, but I’d be lying if I said my 14-hours with the game was a colossal waste of time. Actraiser Renaissance’s 2D action controls just fine and its god sim mode can be a bit relaxing at times, even with the tower defense disrupting things.

With this revival in tow, I suspect Square Enix may be gauging audience interest in its older SNES IPs. If this Actraiser remake does well and has enough of a following, I would suspect that it may pay a visit to a trio of old friends. Those crafted with love and thought by one of gaming’s important console game developers in Japan: Quintet.

A Primer On One Of Enix’s Finest

Quintet, for those who are too young to remember and own 16-bit consoles, is a unique RPG-making company whose stories feature themes of creationism, death, and reincarnation. While it has developed both Actraiser games, each with its own messages about higher powers and humanity carving its own path eventually without god(s), Quintet is renowned for its Heaven and Earth game tetralogy: Soul Blazer, Illusion of Gaia, Terranigma, and Granstream Saga.

All four of these games are top-down(ish) action RPGs and all of them are directed and written by the company’s co-founder Tomoyoshi Miyazaki. The basic aim of these titles involves your protagonist traversing dungeons and saving souls/people/whatnot from dark forces of destruction. 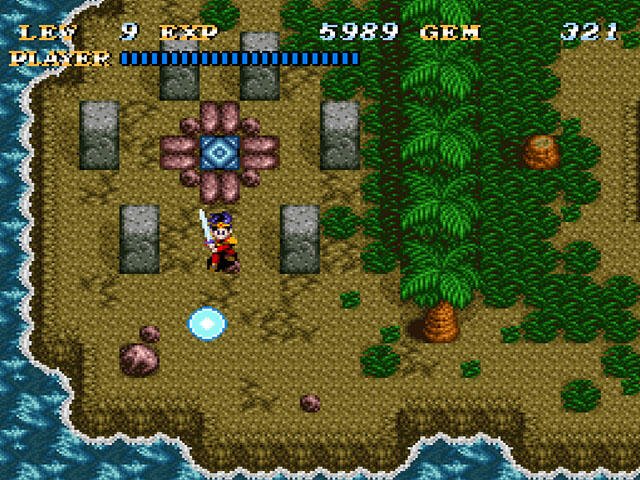 These positive actions somehow help populate the place you’re saving with people and making them cherish in civilizations via an explained plot device involving creation magic. Both Soul Blazer and Illusion of Gaia focus on themes of rebuilding society for the former and aspects of death for the other; something that was unheard of during the 90s when SNES and Megadrive games was focused on out-attituding each other with mascot platformers and edgy fighting games. 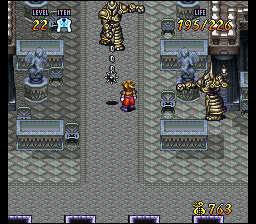 Terranigma took it one step higher and puts you in the shoes of a guy who is shaping the world through dungeon-crawling, literally. All your dungeon-crawling and evil-smiting eventually recreates the lost continent above, since our main hero Ark lives underground. His quest to restore life to the village he accidentally cursed is tied directly to the grand quest of restoring Earth, bringing up profound insights on the nature of existence in its storyline.

Granstream Saga was the first time Quintet made a game without partnering with Enix. As a result, its game got bad marketing and a bad rap because of its graphics and the publisher it was signed with: THQ. Smarter gamers and journalists would discover that the DNA of the Heaven and Earth games is deep in Granstream Saga. 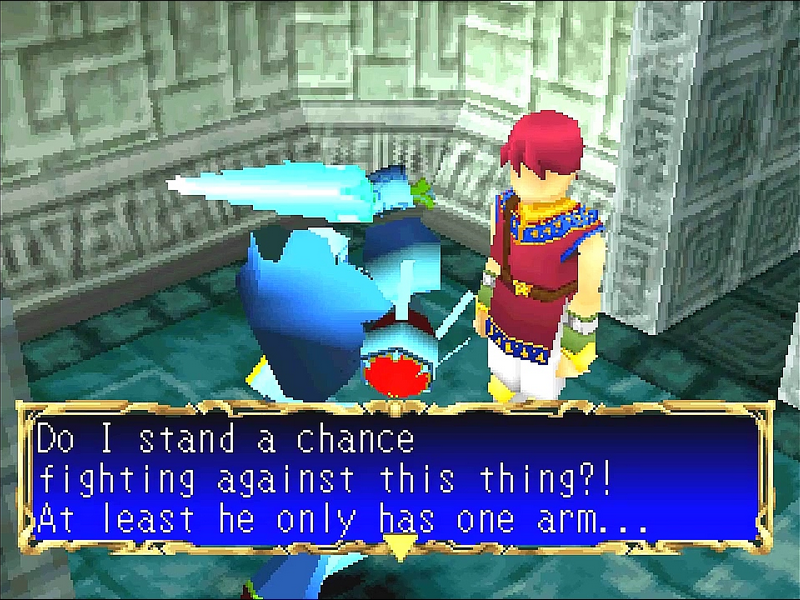 Its combat is entertaining and engrossing, while its plot is really detailed and on par with past Quintet titles, focusing on the core theme of death and resurrection. Heck, the game even going as far as to give you a choice between endings that forces you to make incredibly tough choices.

Where The Heck Am I Going With This?

Square Enix owns these licenses since its merging with Enix. Until 2021, no one in the company has brought back a game made by Quintet in remake form until Actraiser Renaissance. Now that it has, it’s most likely a good time as any for action RPG fans to make their requests for a Quintet revival heard.

If the Actraiser remake gets a good rep and reviews, that’s a good sign that people are showing interest in the old Quintet style of games. And this would eventually mean that Square Enix can pull off remakes of Soul Blazer, Illusion of Gaia, and Terranigma, hopefully in the same vein as the pretty awesome Trials of Mana remake. Except without the subpar voice-acting and Charlotte speak of course. 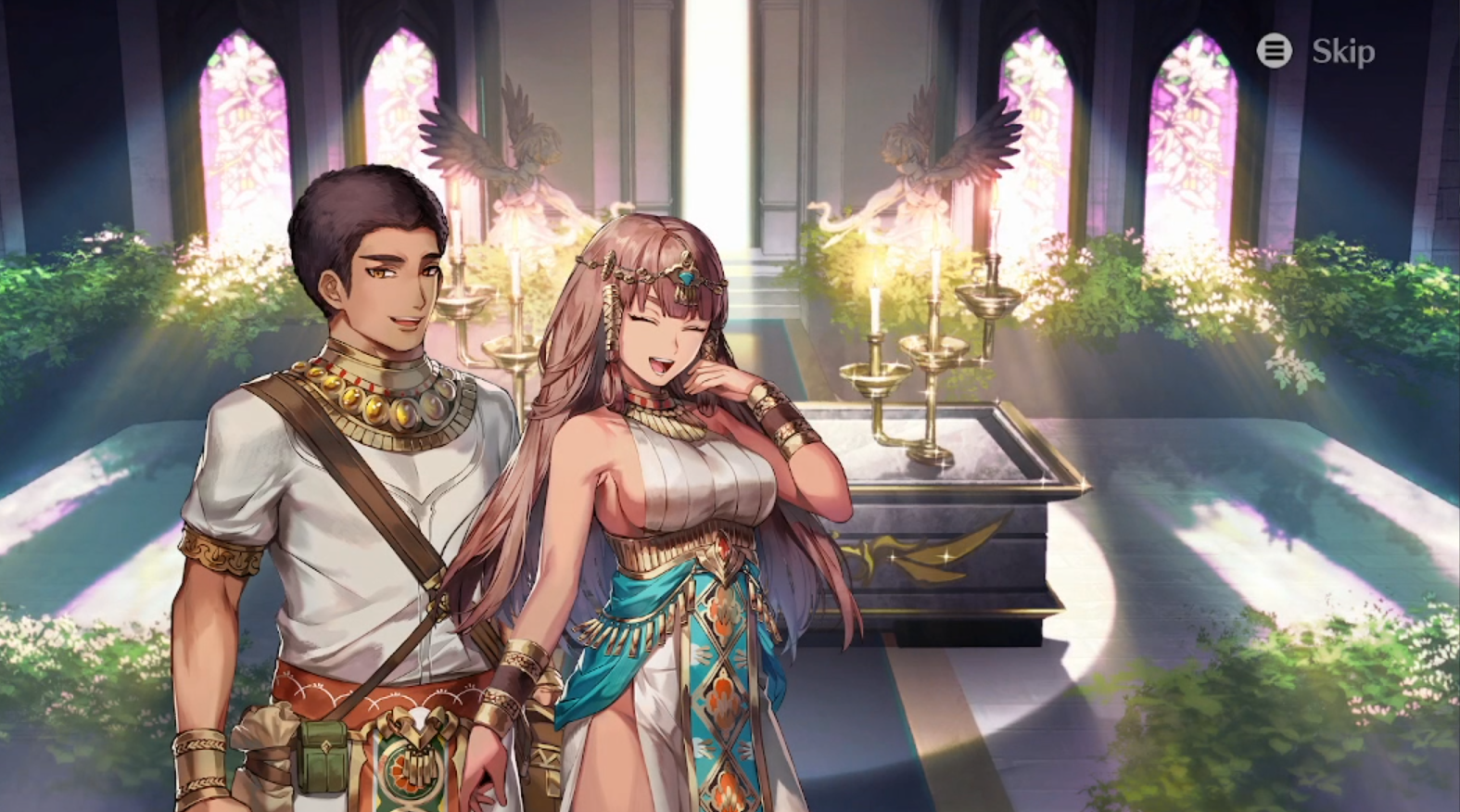 As for Granstream Saga? That might be tricky since right now we don’t know who owns the trademark to that name. Still, three out of four is better than nothing. Making remakes of existing games costs money and time; to skimp on it would mean some flaws like in Trials of Mana.

Solution? A re-release of the original Heaven and Earth titles as a collection could do the trick for now as a surefire way to measure more interest; whether there’s truly a need for a Quintet comeback and if there is a sizeable audience that cares and can fork out money for it. And if the full-on remakes do happen in about a decade’s time, it can also be fitting as the Quintet games itself has experienced its own story of death and reincarnation.

Actraiser Renaissance hits great sales now on the online stores and takes center stage. Thank you so much. I hope it keeps going and leads to the sequels and other Quintet masterpieces getting revived. They definitely deserve it.

Feature,News
We Talk To Cars' Larry The Cable Guy About His Favourite Moments Voicing Mater

Cars On The Road is an upcoming spinoff series set in Disney Pixar's Cars franchise, which starts streaming on Disney+ Hotstar on 8 September 2022. ...

Feature,News
All The Games From Nintendo Direct February 2022

Here it is, folks, the first proper full-length Nintendo Direct since September 2021. The presentation showcased a lot of exciting stuff for Nintendo ...

Just this morning, I came across this pretty nifty Facebook challenge post on my feed. Basically for the next 30 days, you have to list down a song ma...