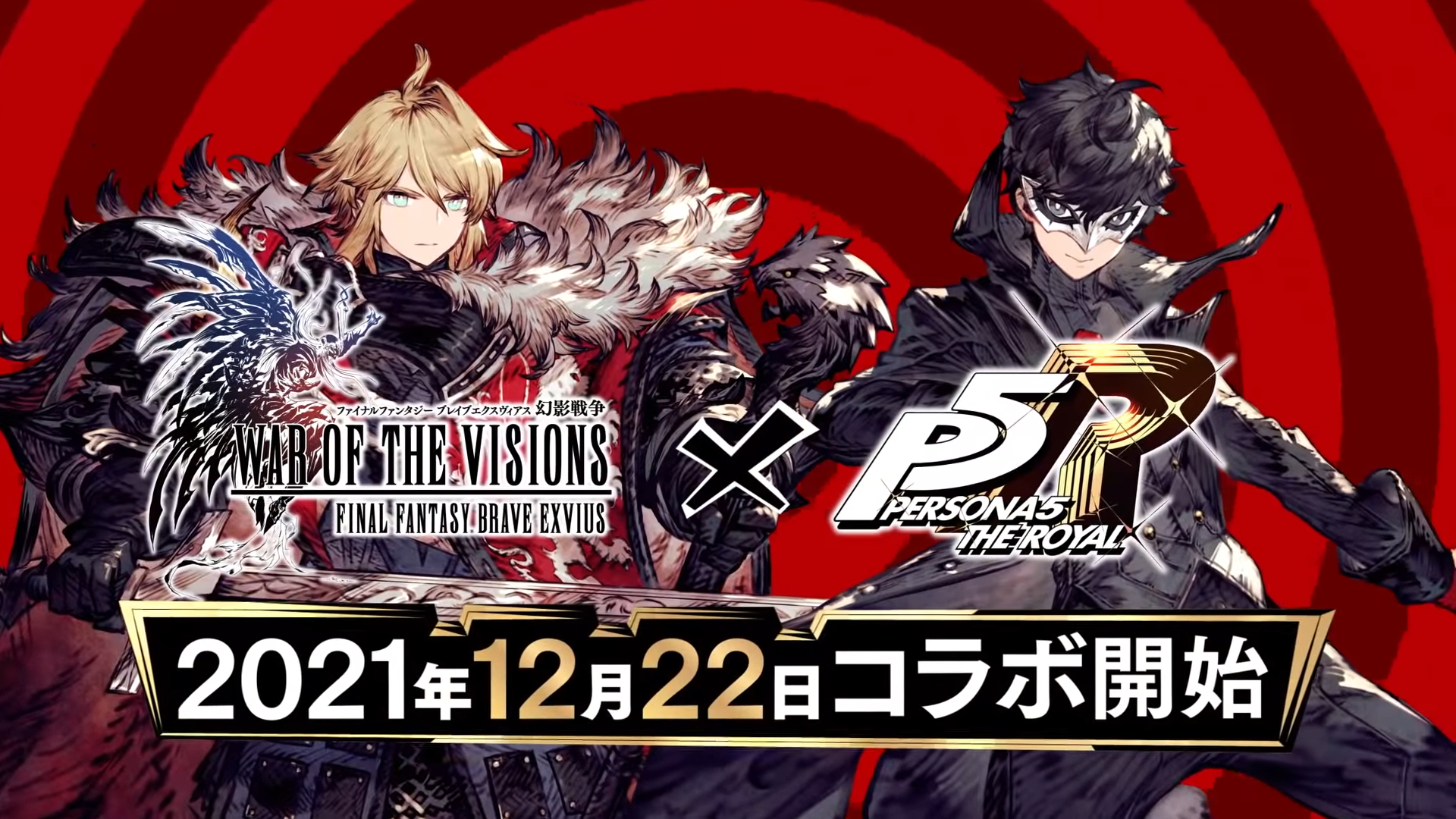 Square Enix and Atlus have announced a collaboration between Persona 5 Royal and War Of The Visions Final Fantasy Brave Exvius, which will run from 22 December 2021 until 31 January 2022.

As part of the collaboration, Persona 5 Royal protagonists Joker and Queen will join War Of The Visions Final Fantasy Brave Exvius as obtainable UR units from 22 December 2021 and Violet as a UR unit from 1 January 2022. Players can also look forward to a collaboration event quest, which will feature Cognitive Kaneshiro, Kamoshida and Niijima as bosses in the game.

This isn’t the first time that Persona 5 Royal characters have appeared in another game. Joker previously joined Super Smash Bros. Ultimate as a playable fighter. You can head on over to the official website hereÂ or check out my guide for War Of The Visions Final Fantasy Brave Exvius.