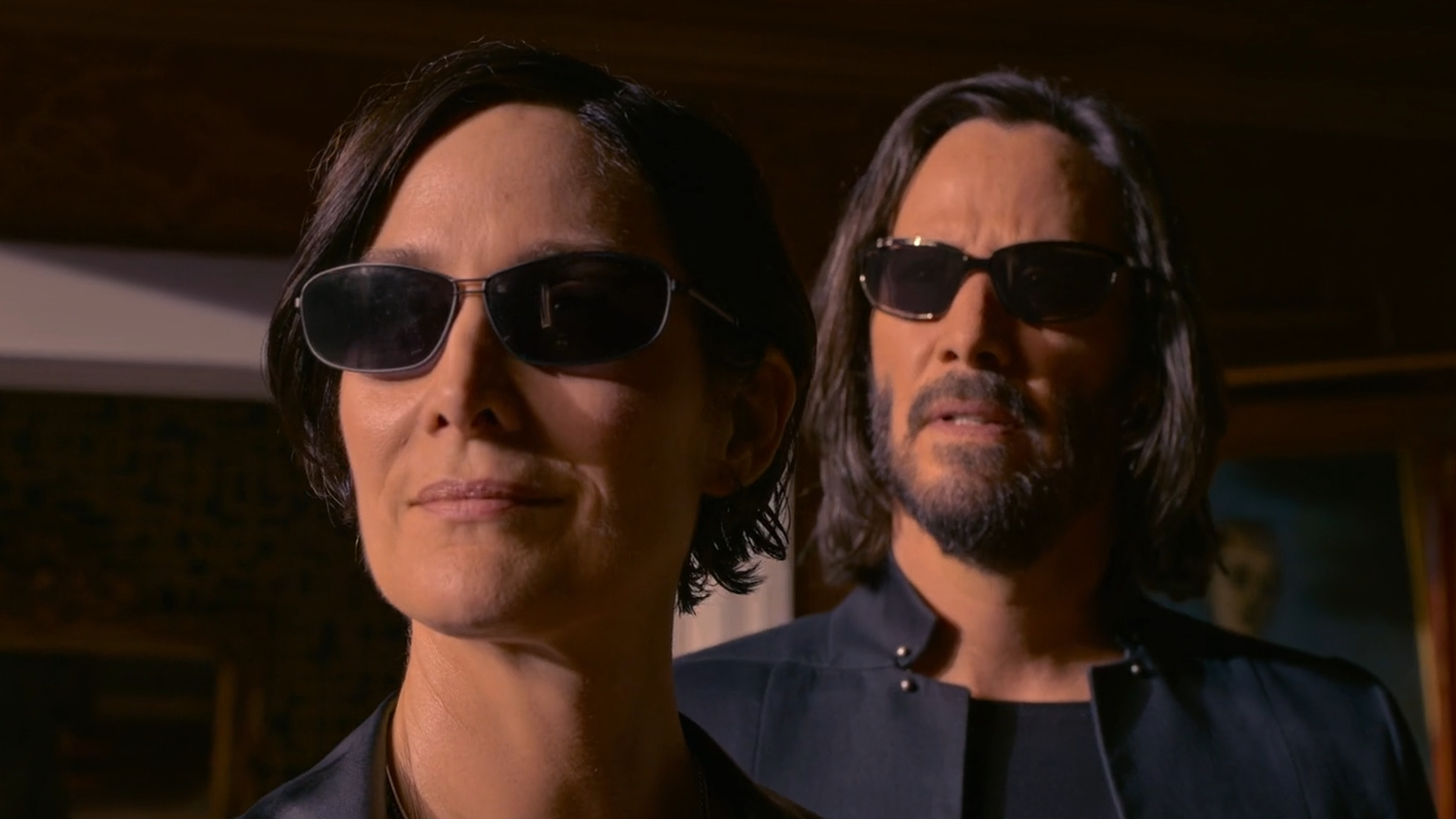 The Matrix franchise is one of the most iconic and influential science fiction franchises to come out of the early 2000s. It made such an impact that The Matrix films were probably the ones that launched the idea of fake or virtual realities into the mainstream, thereby inspiring countless other sci-fi properties to follow suit and also becoming catalysts for conspiracy theorists out there (the “are we living in a simulation? folks).

How is The Matrix Resurrections? Well, the movie is pretty confusing, even if you’ve watched the original Matrix trilogy; good luck understanding anything if you haven’t. One clearly needs to have watched the first three Matrix movies before The Matrix Resurrections. Iâ€™ll try to answer the most important and burning questions from the movie. Take note that Iâ€™ll be discussing major spoilers from the movie, so here’s your last warning.

How Neo And Trinity Came Back To Life

Arguably the biggest question among fans is how exactly can Neo (Keanu Reeves) and Trinity (Carrie-Anne Moss) be returning when they already died at the end of 2003’s The Matrix Revolutions? Well, you need to understand who the new antagonist is (more on that below).

Basically, Neil Patrick Harris’ The Analyst was there when Neo sacrificed himself to save humanity by stopping the Machine War between machines and humanity. He then took the bodies of both Neo and Trinity to revive them and use them as power sources. It turns out that the bond or connection between them can generate an incredible amount of energy that is required by machines to sustain themselves.

What Is DSI & Why Couldn’t They Find Neo Until After 60 Years Has Passed?

The reason why it took humanity so long to find Neo again is that in the new version of the Matrix, the machines could alter a person or program’s DSI (digital self-image) through a system called Semblance. In layman’s terms, especially if you’re a gamer, you’d understand that most simply as skin or the aesthetic look of anything. Think of it like digital plastic surgery.

For example, Bugs (Jessica Henwick) took so long to find Neo, because he now looks like an old man (see above).

The Machines Can Activate Bots Now, So Anyone Can Be A Threat

Previously, Agents need to take over a person in order to manifest and hunt a threat, so humans could usually spot them from miles away. In the new version of the Matrix, the machines can take over anyone they want without having to alter their appearance, so they’re much more dangerous.

The Main Villain Is…

Remember The Architect and The Oracle from the original Matrix trilogy? They were the ones who created the Matrix simulation in the first place, but now they’re gone. A great purge took place amongst the machines, and many sentient programs have been erased or exiled.

The name of Neil Patrick Harris’ character is The Analyst and he’s the one currently in charge of the current version of the Matrix. He can even slow down time that not even Neo can hit him. Basically, he has “Bullet Time” powers. His actual words, not mine.

This Is The Seventh Version Of The Matrix

In The Matrix Reloaded, The Architect told Neo that he wasn’t the first “The One”, and that they were currently in the sixth version of the Matrix. This is because “The One” is an intentional part of the design of the Matrix, whose purpose is to stop the Matrix’s fatal system crash by sacrificing himself/herself and choosing a selection of humans who would then repopulate. Neo’s actions ultimately caused the Machine War to end, but that didn’t stop the Matrix from rebooting and starting over with a brand new seventh version, which is what’s in The Matrix Resurrections.

The Matrix Resurrections reveals that Neil Patrick Harris’ The Analyst is the one responsible for creating this new version of the Matrix. However, he has a different approach compared to the Architect.

The Analyst criticizes the previous version of the Matrix created by the Architect to be too focused on “fussy facts and equations”. His version of the Matrix is the most stable one yet because he gives people what they think they want, even if it’s fiction, which is what keeps them happy, content and occupied enough not to realise that they’re living in a simulation.

For example, he made Neo a game designer who made a successful The Matrix trilogy of games without realising that they’re based on his own memories. Meanwhile, he gave Trinity a family.

Here’s what The Analyst said in the movie when describing his version of the Matrix:

“It’s all about fiction. The only world that matters is the one in here. And you people believe the craziest shit. Why?

What validates and makes your fiction real?

Here’s the thing about feelings.

They’re so much to control than facts.

I’ve been setting productivity records every year since I took over. And the best part, zero resistance.

People stay in their pods, happier than pigs in shit.

The key to it all?

You, and her. Quietly yearning for what you don’t have, while dreading losing what you do.

For 99.9 percent of your race, that’s the definition of reality.

Desire and fear, baby. Just give the people what they want, right?”

I previously mentioned that The Architect and The Oracle were both gone after being a casualty of the purge. That purge is part of the Matrix reboot (from the sixth to the seventh version), and now the machines are fighting each other in a civil war. The machines who separated from the other prefer to call themselves Sentients instead of just machines, and they’ve learnt to co-exist with humanity, even building a brand new city in which they now live together.

The Matrix Resurrections takes place 60 years after the events of The Matrix Revolutions. Now, the city of Zion is no more, and most of the free humans have built a new and more advanced city named Io. Io was only able to be built thanks to the help of the aforementioned Sentients, who now peacefully co-exist with humans. There are a bunch of these Sentients featured in The Matrix Resurrections, and they all remind me of the droids in Star Wars.

Sentients can even manifest themselves in the real world. In the picture above, the Sentient named Quillion is using a physical nano-matter called an Exomorphic-Particle Codex to form a body in the real world.

The Real Morpheus Is Dead, Who Is The New Morpheus?

Oh, yeah, and the new Morpheus (played by Yahya Abdul-Mateen II) is just a Sentient. He was created by Neo himself (while he was a game programmer in the Matrix) to be “an algorithmic reflection of two forces” that were instrumental in forming who Neo is. That includes both the real Morpheus and Agent Smith, so the new Morpheus is a combination of the memories of both.

Smith Has A New Face And Wants To Be Free

The return of Agent Smith was equally as disappointing as Morpheus, as both of them has smaller roles in this movie. Smith (this time played by Jonathan Groff) was again made part of the Matrix by the Analyst, and he’s technically only there be part of Neo’s simulated fiction. The big twist is that he helps fight against the Analyst at the end of the movie.

This Smith is less hateful against Neo, and just wants to be free, I guess. It makes for a less compelling relationship. Proof of this more mellow Smith is not just the fact that he helped Neo against The Analyst, but also that he now calls Neo by “Tom” and not the iconic “Mr Anderson”. To be fair, he only calls Neo this once in the entire movie, probably for callback reasons.

Is Trinity The New “The One”?

Maybe it’s just a plot hole, or maybe Trinity is now “The One” of the seventh version of the Matrix.

There’s one line that Neo says in the movie that might explain Trinity’s new “The One” powers. It’s when he said:

“You’re wondering if I’m wrong? I never believed I was “The One”… but she did. She believed in me. It’s my turn to believe in her.”

Perhaps they both were “The One” all along and all Trinity needed to activate her powers is simply for Neo to believe in her as she always has all this time.

The movie ends with Neo and Trinity confronting The Analyst. Trinity beats him up (and even slashes his throat in a scene censored on the Malaysian version) before they fly away together towards the screen. That bit is a tribute to a similar ending in the original 1999’s The Matrix (where Neo flies towards the screen in a similar manner).

However, there’s nothing that teases a potential sequel, so The Matrix Resurrections can technically be a sort of finale for the franchise. Then again, if this movie makes enough money, it’ll probably get a sequel or sequels, even if the Wachowskis choose not to return.

There’s a post-credits scene at the very end of the credits in The Matrix Resurrections. Unfortunately, it doesn’t mean anything. It’s just a gag scene; a continuation of the Deus Machina (the fake video game developer that Neo worked at in the Matrix) brainstorming scene, featuring more meta jokes. This time, it’s about introducing the “Catrix”.

Yes, that’s literally it, so it’s up to you if you want to wait until the end of the credits for this additional scene. Just don’t expect any Marvel Cinematic Universe-level post-credits scenes teasing a potential sequel, because there’s none of that. At least there’s a pretty cool cover of Rage Against The Machine’s “Wake Up” played by a band whose lead singer literally took a piss on someone on-stage a month or so ago.

I hope my answers have cleared up some of the lingering questions from the movie. Most of it is based on my understanding of the movie, and there are potentially a limitless number of different interpretations out there. Thatâ€™s the beauty of movies likeÂ The Matrix Resurrections. The only right answers can only possibly come from director Lana Wachowski herself.

Will There Be Another Matrix Movie?

Maybe. Probably. But not from any of the two Wachowski sisters (Lana and Lilly).

In an interview with GamesRadar, when asked if The Matrix Resurrections would be the start of another trilogy, Lana said:

Inventing a story where two people come back to life was healing and comforting and I was non-judgmental, I just wrote it, and I didn’t know what I was gonna do with it, and then I read part of the story [to a colleague] and she said, ‘Oh, my God, you have to tell this story.'”

The Matrix Resurrections is now showing in Malaysian cinemas and HBO Max.