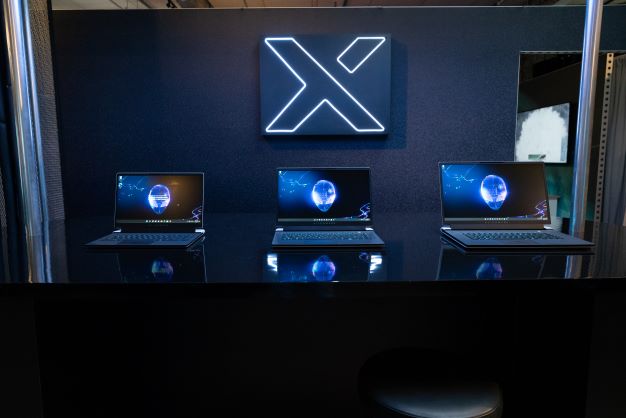 Alienware has recently announced new additions to their X-series and M-series gaming laptops, along with an array of other products that are CESÂ® 2022 Innovation Award Honorees.

First off is the Alienware x14 which is marketed to be their thinnest laptop to date, while still being a very powerful gaming machine. The X-series line is targeted towards users who prioritize mobility but also require the latest gaming technologies and the x14 is the latest in that line.

Under the hood, you can find the latest 12th Gen IntelÂ® Coreâ„¢ H-series processors and Dellâ€™s exclusive thermal interface material, Element 31, in addition to IntelÂ® Arcâ„¢ Graphics or NVIDIA GeForce RTX 3060 laptop GPU with 7-phase voltage regulation. On top of that, it uses Alienware Cryo-Tech cooling technology which optimizes thermal performance, to the largest Whr battery capacity on a 14â€ gaming laptop capable of over 11 hours of HD video playback.

For those of you who prefer powerful performance and bigger displays, however, look to the new M-series laptops in the Alienware m17 R5. The m17 is fitted with a whole lot of AMD â€“ AMD Ryzenâ„¢ 6000 Series processors, AMD Radeonâ„¢ RX graphics, AMD FreeSyncâ„¢ Premium technology, AMD SmartShift MAX, and AMD Smart Access Memoryâ„¢ technology.

Alienware also revealed a few other shiny looking gadgets, that on top of being new, were chosen as the CESÂ® 2022 Innovation Award Honorees:

The availability and pricing of these products in Malaysia have yet to be announced, but we’re guessing it’s going to cost many customers an arm and a leg.

Those looking for a more casual product can look into Dellâ€™s XPS 13 Plus releasing March this year, touted as their most powerful but lightest laptop yet, inspired by the constantly moving but busy lifestyles of Gen Z. The XPS 13 combines a sleek, minimalist design with an impressive performance and includes a capacitive touch function row above the keyboard. Imagine the Mac Touch Bar, but with a cleaner, simplistic look.

E3 2019: Midnight Ghost Hunt Is A Multiplayer Nod To Ghostbusters