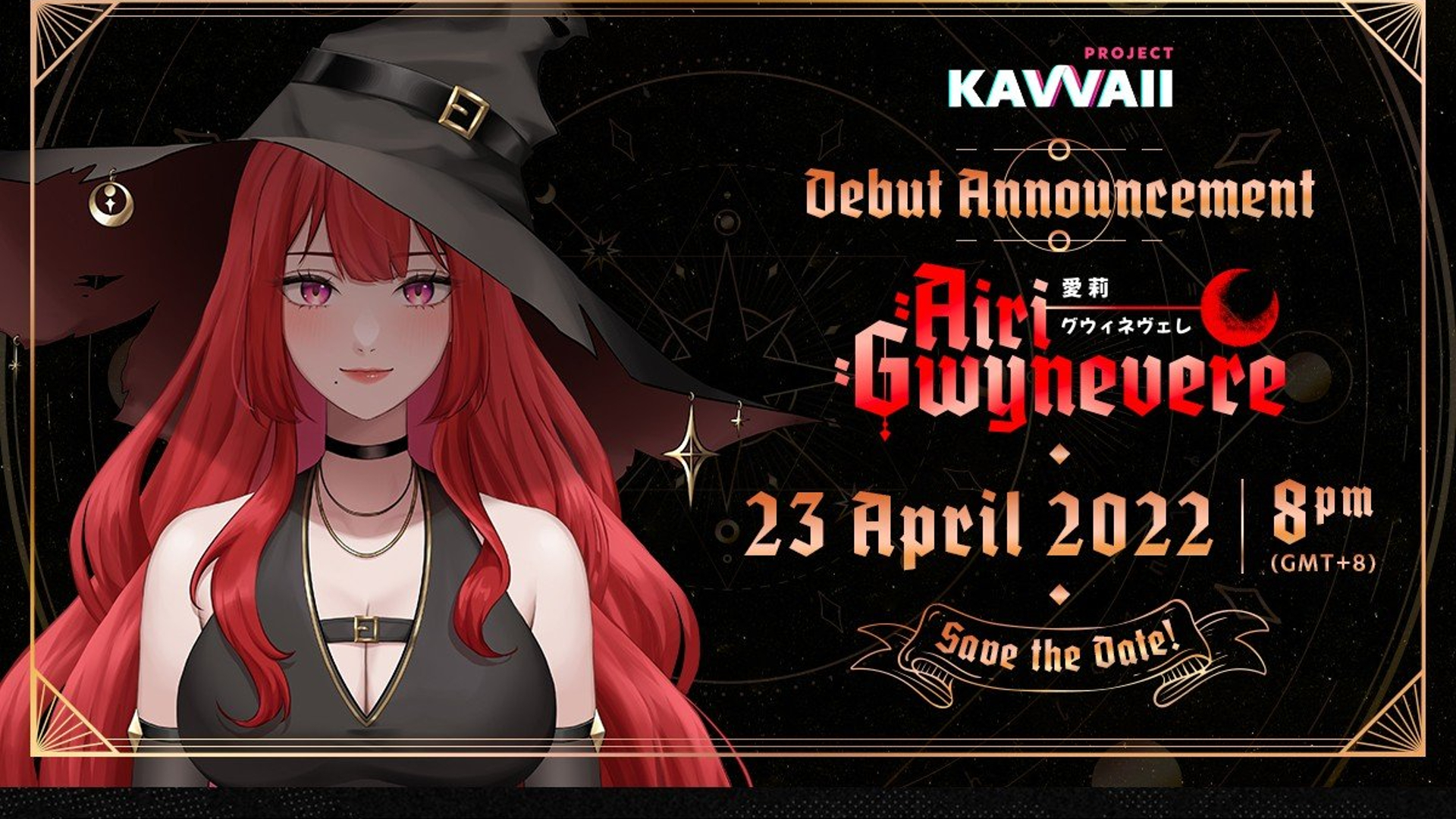 Project Kavvaii, an initiative by airasia Super App is announcing two new virtual idols – Airi Gwynevere and Mikazuki Mai, as part of its initiative to engage with audiences in new ways.

Both Airi Gwynevere and Mikazuki Mai were selected from the second round of open auditions announced by Project Kavvaii in November last year, following the success of its first virtual idol Aozora Kurumi, who will be celebrating her first anniversary on 8 May 2022.

Since Kurumi’s debut in May 2021, the first virtual idol by Project Kavvaii has completed over 150 streams and amassed more than 22,000 subscribers and over 1.2 million views on YouTube.

In Project Kavvaii’s Gen 2, both virtual idols will be presented collectively as Lunetide. Airi Gwynevere, who is a lonely ancient witch is brought to life by illustrator Nana, while Ran is the rigger, while Mikazuki Mai, a clumsy young witch hunter with an isopod as a pet named Zuozuo is illustrated by Hen and rigged by Veiny.

On the debut of Project Kavvaii’s Gen 2 virtual idols, Rudy Khaw, Group Chief Brand Officer, airasia Super App commented, “We are very happy with how our first virtual idol, Aozora Kurumi has taken off one year into airasia Super App’s content streaming journey. Our long term goal is to have Project Kavvaii develop into a virtual talent arm that provides entertainment and engagement opportunities for fans, brands and communities. We remain steadfast in our stand that people consume online content differently today, and we want to push the envelope of innovation to stay relevant with online communities and market trends.

Surely, both Gwynevere and Mai will be great additions to Project Kavvaii’s virtual idol talent pool as they livestream gameplay, music and chats. So don’t miss out on Gwynevere’s debut on 23 April, as well as Mai’s debut the very next day 24 April on their respective YouTube channels,” added Rudy Khaw.

Project Kavvaii is a programme by the airasia Super App to discover and develop virtual idols in Asean launched in March 2021.

Both talents from Project Kavvaii Gen 2 Lunetide will land a contract each and enjoy access to a support team and a complete set of tools for streaming apart opportunities to be part of the airasia family and collaborate with the team to help shape and build on the character.